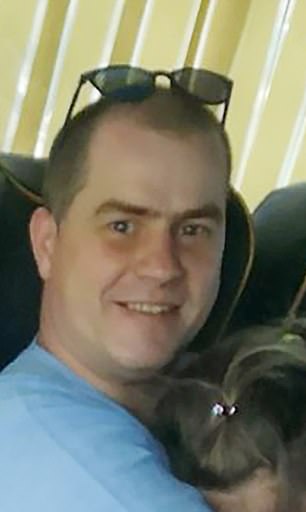 Pictures have been released of miracle survivors from a Russian boat which sank in icy Arctic waters this morning, leaving 17 fishermen feared dead.

The two men were rescued from The Onega, which sank off the Novaya Zemlya archipelago in Russia‘s far north at 7am local time, after reportedly becoming ‘caked with ice’.

Boatswain Vladislav Butorin, 40, and crew member Ruslan Katyukhin, 30, were plucked from the water, which had an air temperature of minus 30C (-22C) and 13ft waves.

The pair were spotted and rescued in the raging Barents Sea near Novaya Zemlya archipelago by another fishing boat, the Voykovo.

They were wearing wet suits, as were other crew members, but are thought to be the sole survivors of the 19-strong crew although a search and rescue mission continues. 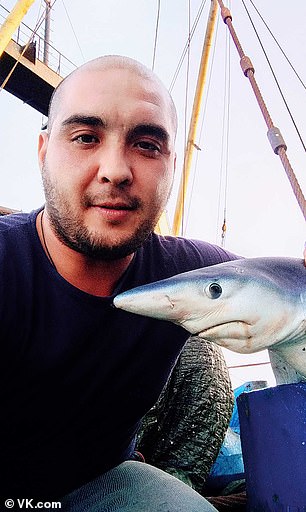 Boatswain Vladislav Butorin, 40, and crew member Ruslan Katyukhin, 30, are thought to be the only survivors from the 19-strong crew of the Russian fishing boat The Onega, which sank this morning. The men were plucked from the water, which had an air temperature of minus 30C (-22C) and 13ft waves 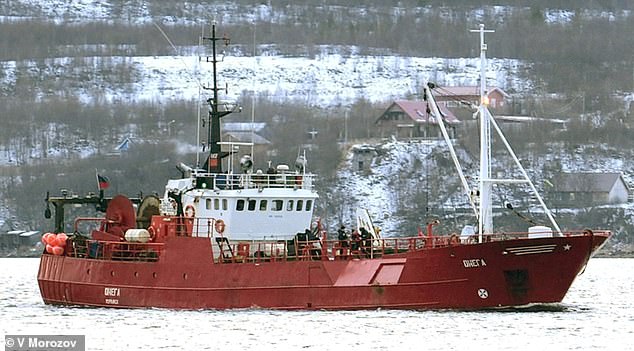 Russian president Vladimir Putin made clear there was now little hope of the rest of the crew being found.

‘I learned with regret of the tragedy in the Barents Sea, which claimed the lives of the crew of the fishing vessel Onega,’ he said in a sombre message.

‘I ask you to convey my deep condolences to the families of the victims and words of support to the survivors.’

The two survivors were clinging to the body of a crew member – but lost his corpse as they were winched onto the Voykovo.

Irina Butorina, 34, wife of Vladislav Butorin, confirmed she had received a fleeting satellite phone call from her husband.

‘He only said two words; that he himself and somebody else, I don’t who, are alive, that they were rescued and that he is feeling more or less all right,’ she said.

‘I am telling everyone in the family that he is alive so that they don’t worry. 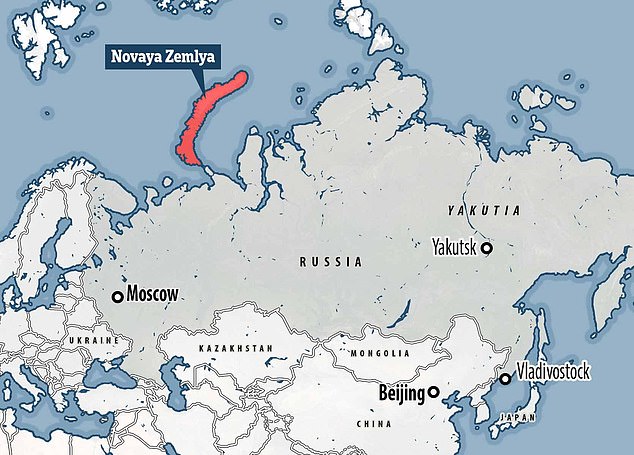 ‘Our chat was literally 30 seconds long. I heard his voice…Thank God.’

Another crew member’s wife Alyona Bondarenko now fears the worst after reports suggested that finding any other survivors is unlikely.

Her husband Igor told her yesterday how the boat was caked in ice before it set sail.

‘I was on a call to my husband yesterday, the connection was awful,’ she said.

‘He told me that the vessel was caked in ice, even the hoses were frozen.

‘Why did they leave for fishing at such temperatures?

‘It has already been six months since we last saw him.’ 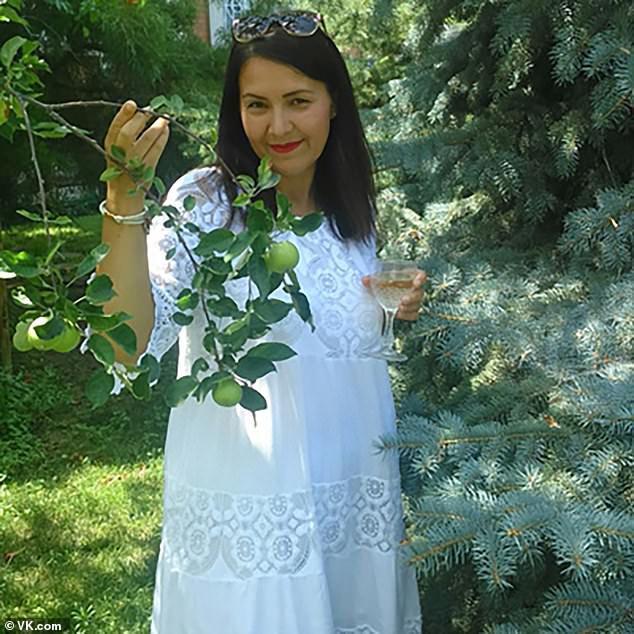 Despite the slim hopes of finding any survivors, Alexei Barinov, spokesman for the emergencies ministry in the northwestern region of Murmansk, said he hoped ‘for a New Year miracle’.

‘Most likely, all the 17 people died. They have not been found yet,’ another ministry spokesman said.

‘A person cannot last for more than 15 minutes in these conditions,’ said a source.

The two survivors were spotted some ten minutes after their boat sank, it was reported.

Their condition was said to be ‘satisfactory’.

The Russian-flagged vessel, built in 1979, had become covered in ice and sank under its weight, according to reports.

Online media Mash said the vessel sank as it attempted to raise a net with a catch.

A criminal case has been opened by Russian transport investigators.