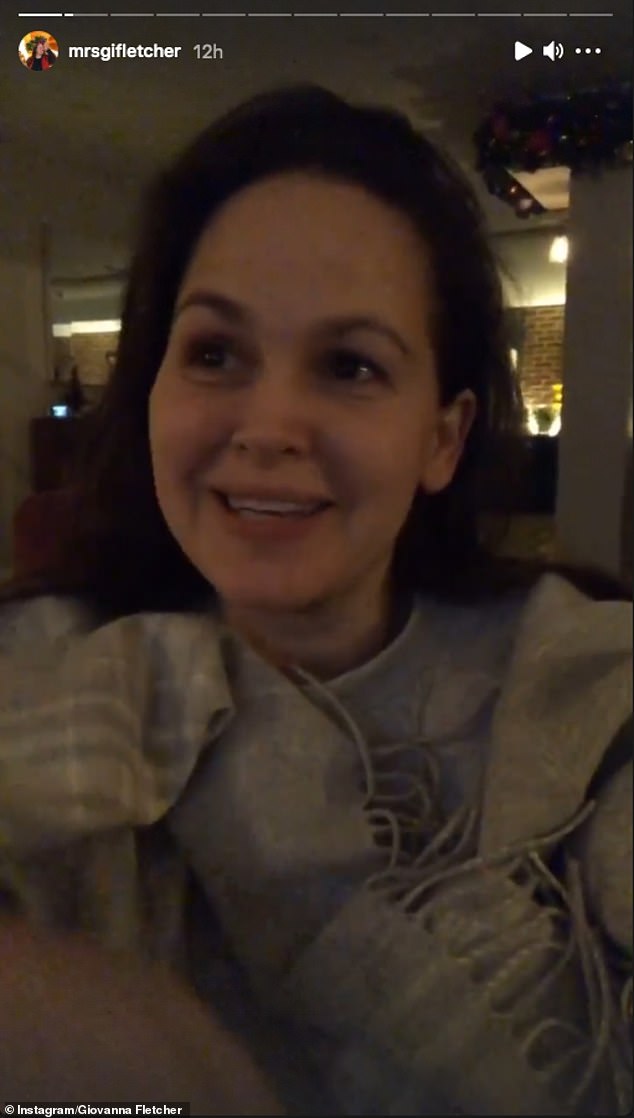 ‘I’m 12 minutes in and I’ve cried!’ Giovanna Fletcher gets emotional as she watches husband Tom’s musical journey on McFly: All About Us documentary

By Georgia Simcox For Mailonline

Giovanna Fletcher got ‘teary and emotional’ as she finally sat down to watch her husband Tom’s musical journey play out on McFly: All About Us.

The documentary aired on ITV in mid-November but the podcast host and blogger, 35, was in the midst of her I’m A Celebrity stint in Wales so played catch up.

She took to her Instagram Stories on Sunday as she curled up under a blanket on the sofa and revealed things were all too much for her as she watched her beloved.

‘I’m only 12 minutes in and I’ve cried too much already’: Giovanna Fletcher got ‘teary and emotional’ as she finally sat down to watch McFly: All About Us

Giovanna, who married childhood sweetheart Tom in 2012, shares three children with Tom and appeared overcome as she watched her baby daddy on-screen.

While watching the show, she said: ‘Ah it’s making me so teary and emotional. Having been there from the start, it’s just incredible and I feel so much pride.

‘I’m only 12 minutes in and I’ve cried too much already and I know it’s going to get even more emotional.’

She admitted that she ‘wasn’t allowed to go along’ when they won a Brit Award in 2005 for Best Pop Act. 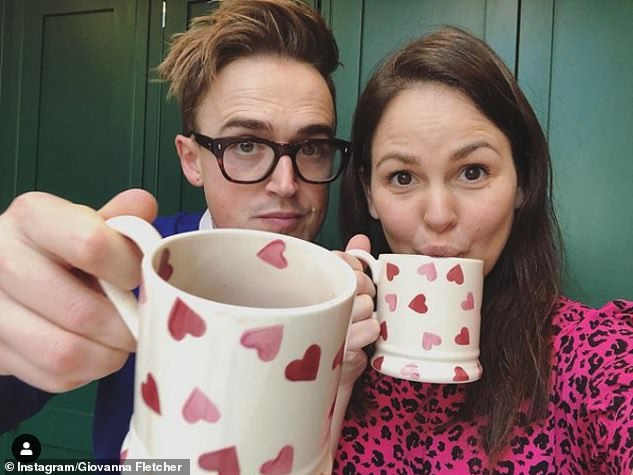 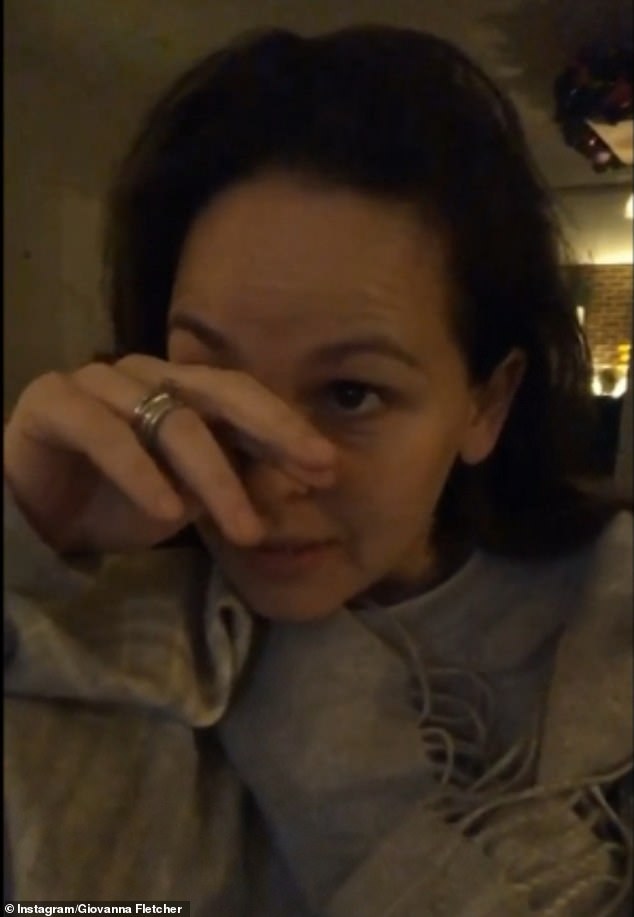 ‘I feel so much pride’: Giovanna said that she felt proud of the band, ‘having been there from the start’

The Queen of the I’m A Celebrity 2020 Castle said: ‘It’s so funny seeing bits like them winning the Brit Award.

‘I was working in a bar at that point in a gym and I can remember being at work and watching them win the Brit and it just being absolutely amazing.

‘Because those were the days when no one was allowed to go along. Had to just watch from afar. 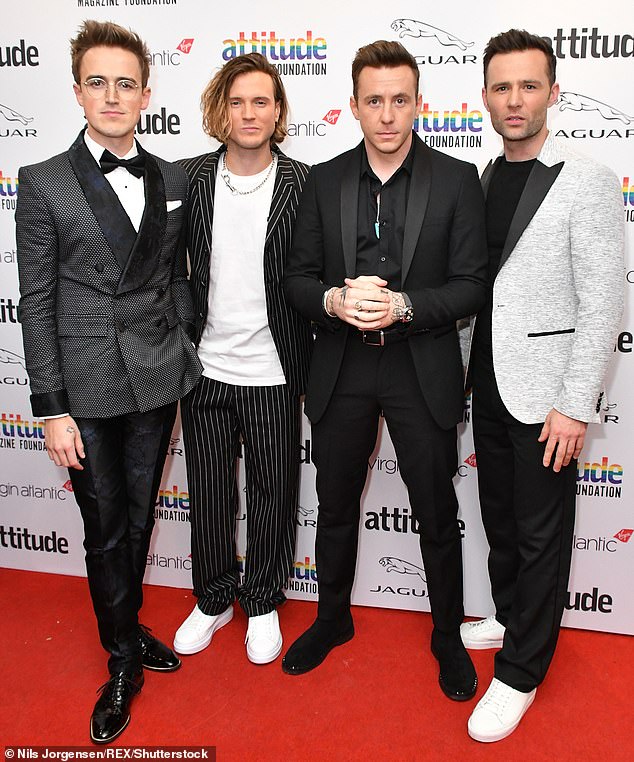 Winners: She admitted that she ‘wasn’t allowed to go along’ when McFly won a Brit Award for Best Pop Act in 2005 (pictured together in 2019)

‘And then seeing the band house – ah, life as just ridiculous.’

Giovanna has received a generous dose of mayhem thanks to her hectic work schedule, having recently filmed series three of The Baby Club for CBeebies.

The mother-of-three has been inundated with new offers since winning I’m A Celebrity earlier this year, as it was reported that she could make up to £4million in television work as ‘the next Davina McCall’.

ITV are believed to have ten possible shows lined up for the Queen of The Castle which could earn her the whopping seven-figure sum.

An insider told The Sun earlier this month: ‘Giovanna’s popularity went through the roof on Celebrity and after being crowned the winner ITV hope to champion her.

‘Bosses had a meeting where ten jobs were mooted, all of which would be perfect for her.

‘They see Giovanna as the next Davina McCall — she’s a great all-rounder and could work on anything from panel shows to kids’ TV. She could earn up to £4 million over the next few years if she took up all their offers.’ 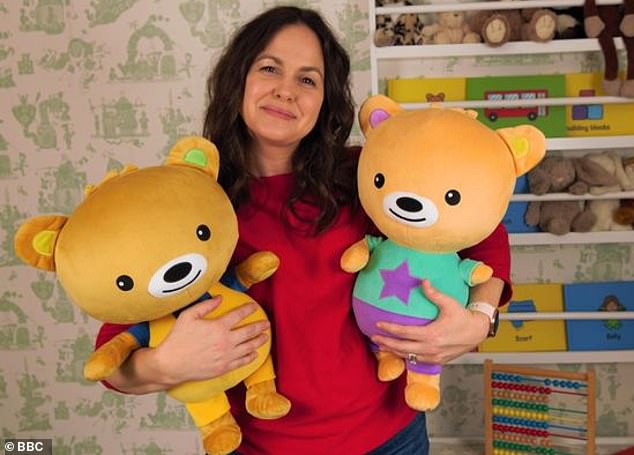 Back to business: The mother-of-three has been inundated with new job offers since winning I’m A Celebrity earlier this year and she recently filmed series three of The Baby Club for CBeebies