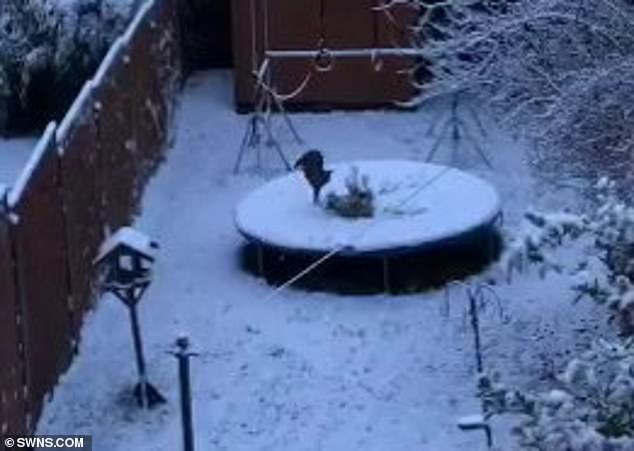 A pair of foxes play together on a trampoline in a snow-covered garden – in scenes reminiscent of the famous John Lewis Christmas advert.

Adorable footage shows the curious creatures enjoying the wintery weather in a homeowner’s back garden in Birmingham on December 28.

Just like the heartwarming Christmas 2016 advert, the foxes can be seen in the comical video hopping about and frolicking on the trampoline. 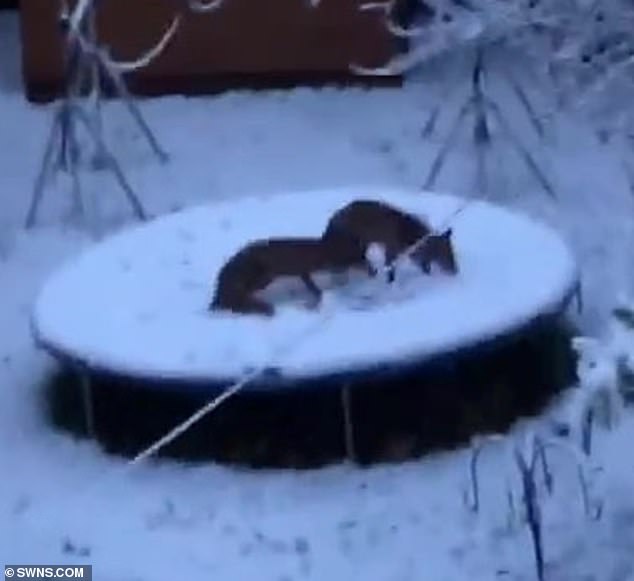 One of the animals hops off the snow-covered toy while the other lies on the frozen surface.

The pair play on the trampoline for a brief moment before they disappear off into the wintery garden.

The much-loved commercial, called ‘Buster the Boxer’, was viewed tens of millions of times online when it was released it a few years ago.

It featured a fox and other garden critters jumping up and down on a family’s snow-covered trampoline while their pet boxer dog Buster looked on.

The homeowner, who does not want to be named, uploaded the amazing footage to social media after he woke to find his garden covered in snow.

Commenting on the footage, one person wrote: ‘Wow, just what this year needed. A real life John Lewis advert.’ 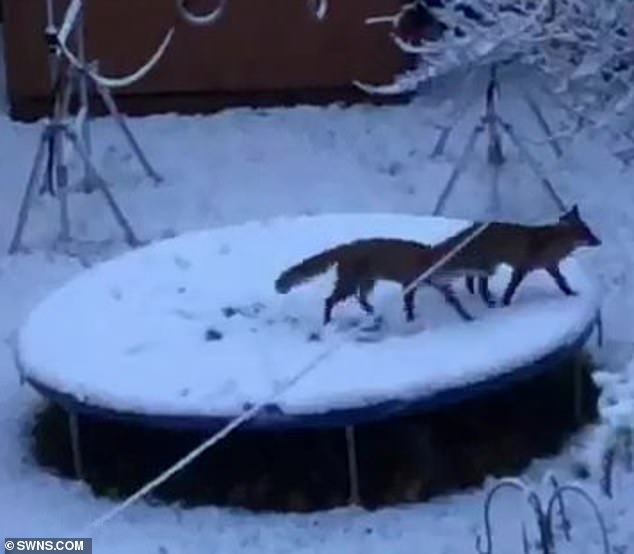 Another added: ‘Where is Buster the dog? A few days late for Christmas but better late than never.’

A third said: ‘This has made my day, what a magical thing to wake up to. Absolutely beautiful.’

Another added: ‘I thought getting up to snow what exciting this morning, but this must have been a real surprise. They look like they are having a whale of a time.’