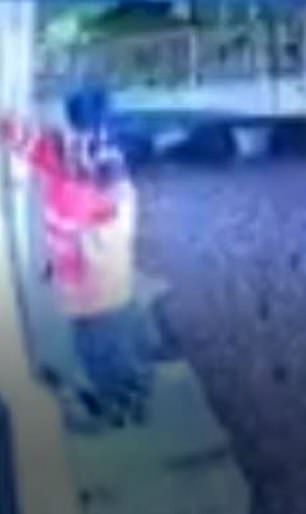 A Hermes delivery driver has been caught on CCTV ‘stealing’ a Royal Mail parcel   that was left on a customer’s doorstep as police have launched an investigation.

Sharon Wilson, 72, from Bilborough, Nottinghamshire couldn’t believe her eyes when she looked back on her surveillance footage and caught the driver ‘running off’ with her package.

The 72-year-old reported the incident to Nottinghamshire Police who are currently investigating the incident.

Mrs Wilson who has been self isolating due to a respiratory condition, had been waiting for weeks for her parcel to arrive.

After contacting Royal Mail and being told it was delivered on November 26, she decided last week to look back on her CCTV to check if anyone had come by.

The footage shows a female postie dropping off her package at around 11am that morning, before knocking on the door and walking away.

Mrs Wilson did not hear the knock on the door so the item was left on the doorstep. 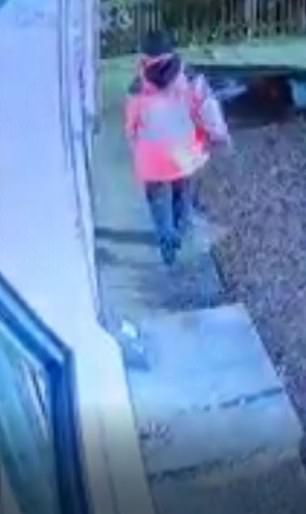 The footage shows a Royal Mail postie dropping off the parcel, knocking on the door and then walking away

A few hours later at 4.30pm that day a male Hermes driver can be seen entering the garden to deliver another package for Mrs Wilson.

But after placing the item down on the doorstep, he can be seen picking up the other Royal Mail package before chapping the door and quickly running away with it.

Mrs Wilson said: ‘I order quite a lot online because I am isolating, so can’t get out much. 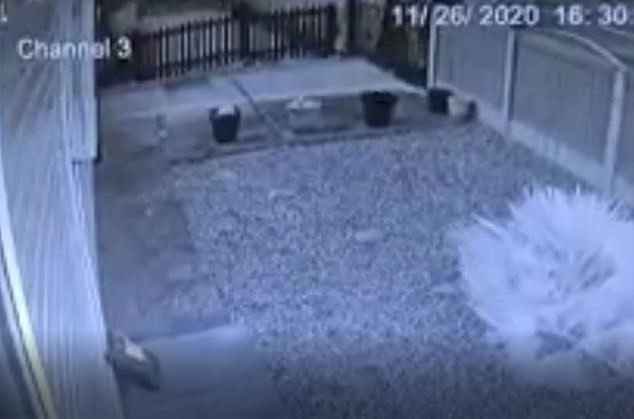 ‘I had ordered some pyjamas for my daughter from Amazon and the company I ordered them from said I would receive the item by the 30th November.

‘I kept following up to ask where it was but I wasn’t unduly worried.

‘The post lady came around 11.30 am and delivered it but because I had recently got a food delivery in from Morrisons, I was unloading everything and didn’t hear. 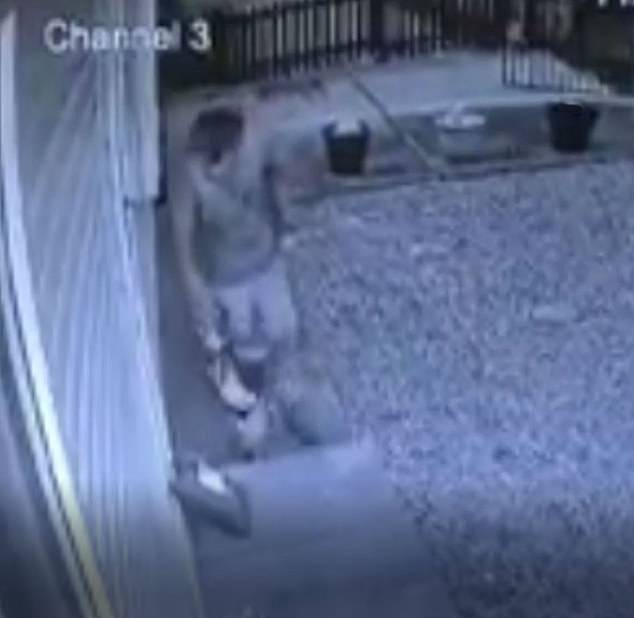 At 4.30 a Hermes delivery driver enters the garden to deliver another parcel for Mrs Wilson

‘I had an email saying another item from Jacamo was being delivered by Hermes later on that day so we sat and waited but again didn’t hear when that came.

‘I went out later looking for it and found it at the front door.

‘I went to the Royal Mail depot who said my parcel had been delivered to a neighbour so we checked there but couldn’t find it. 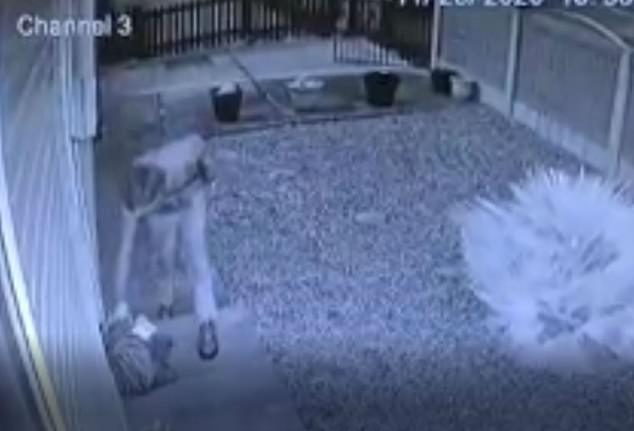 ‘I asked my son to check the CCTV to see if we could see the post lady going past. When we started watching it, we just couldn’t believe it.

‘We spotted her come in at 11.15am, knocked and left and then he comes by around 4.30pm, drops off the Jacamo parcel off and picks the Royal Mail one up.

‘You can see him look at the window, chap the door and quickly run off. 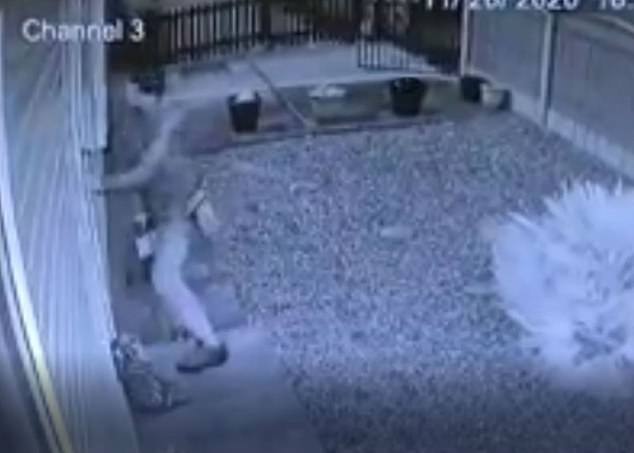 ‘The way he was galloping away as well. He shouldn’t keep his job should he?’

The seller from Amazon refunded Mrs Wilson for the pyjamas and since watching the footage, Hermes has also offered to compensate her.

Hermes confirmed on December 24 that in response to the footage, the driver will no longer be working for them. 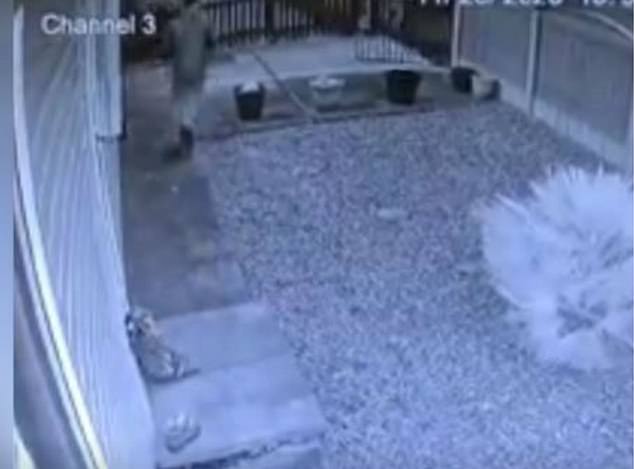 A spokeswoman for Hermes said: ‘We have been in contact with Mrs Wilson to apologise and have provided her with a £50 gesture of goodwill – she has already received a refund.

‘The courier involved will no longer deliver on behalf of Hermes.’ 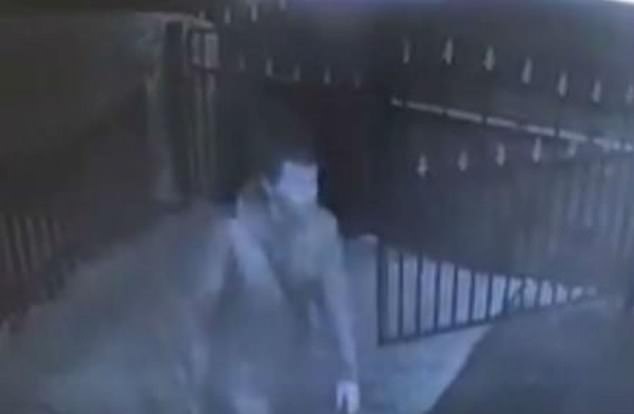 Hermes confirmed that in response to the footage, the driver will no longer be working for them. Pictured the driver leaving Mrs Wilson’s house in Bilborough, Nottinghamshire

Police Constable Samuel Richardson, of Nottinghamshire Police, added: ‘Lots of us are relying on deliveries this Christmas so we completely understand how disappointing it is to have a parcel go missing.

‘We are following up a number of lines of enquiry in relation to this incident, including looking at the CCTV. We don’t want anyone to be taken advantage of this Christmas.’