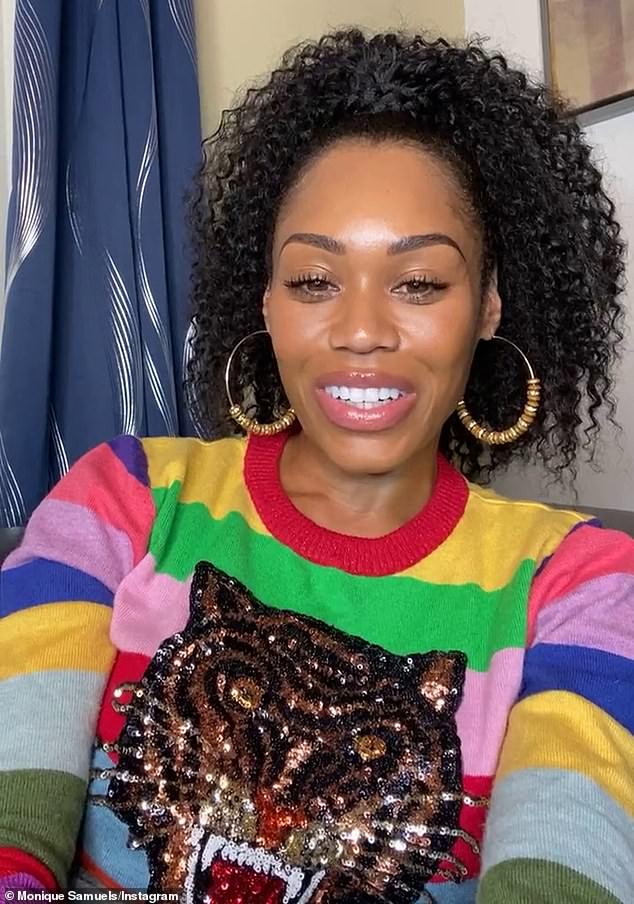 Monique Samuels has announced that she will not return as a cast member for the upcoming sixth season of The Real Housewives of Potomac.

The 37-year-old took posted an Instagram Live video on Sunday night to let her followers know about her intended departure from the Bravo series, following the explosive season five reunion episode.

In the video, she could be seen wearing a striped sweater with a sequined tiger across its front; she also wore a pair of hoop earrings and pushed her beautiful hair slightly backwards.

Letting everyone know: On Sunday, Monique Samuels posted an Instagram Live video to announce that she will not be returning for the upcoming sixth season of RHOP

The reality TV personality began the video by greeting her fans and announcing that the video for her single Drag Queens was set to premiere that evening.

This marks Samuels’ first foray into the music industry, although she noted that she had always been interested in producing and performing songs.

She then spoke about her feelings regarding RHOP, stating that: ‘It’s not easy to be doing reality TV, and to be quite honest y’all, I’m quite over it.’

Samuels thanked her fans that had supported her throughout her run on the series, but stated that a number of issues had been brought up regarding her home life that she could not accommodate. 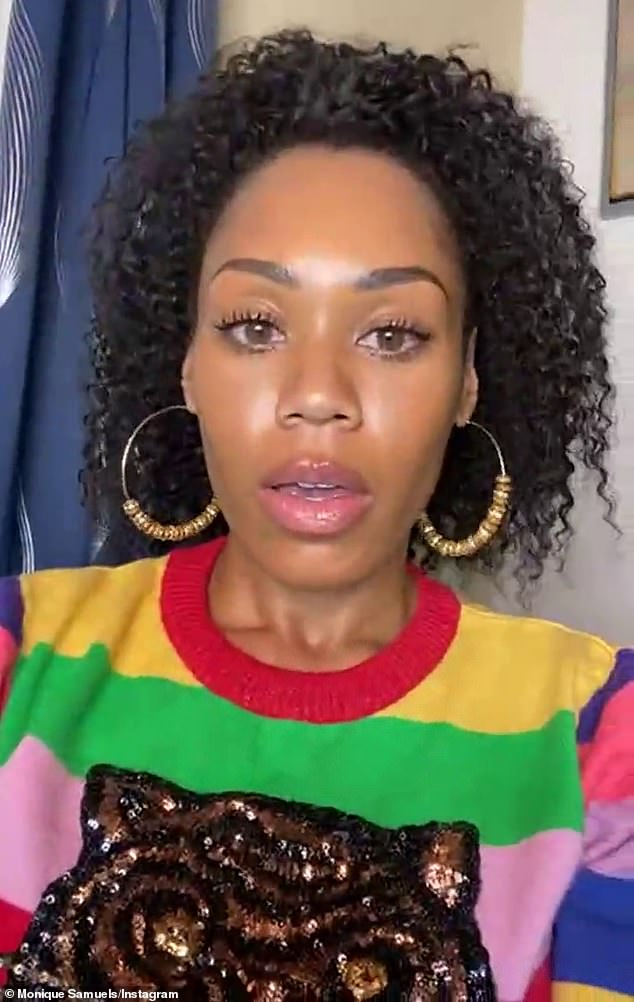 Getting honest: Samuels noted that accommodating the needs of the show’s production had been difficult, stating that ‘It’s not easy to be doing reality TV’

She added, ‘I love y’all, I thank y’all, but when you cross certain lines there’s no going back, and for me my family is that line, and the opinion of my family, my kids, and what they think about anything that I do is more valuable to me than anybody’s opinion.’

The New Jersey native spoke further about her children and how she was concerned about them seeing the way that she had been portrayed on the Bravo series.

Samuels then acknowledged her fans a second time and placed special attention on those who had been criticized for their positive opinions of the reality star, which had been an issue during her time on the show.

Afterwards, the media personality thanked Bravo for giving her a wide platform and an audience to speak to regarding her various business ventures. 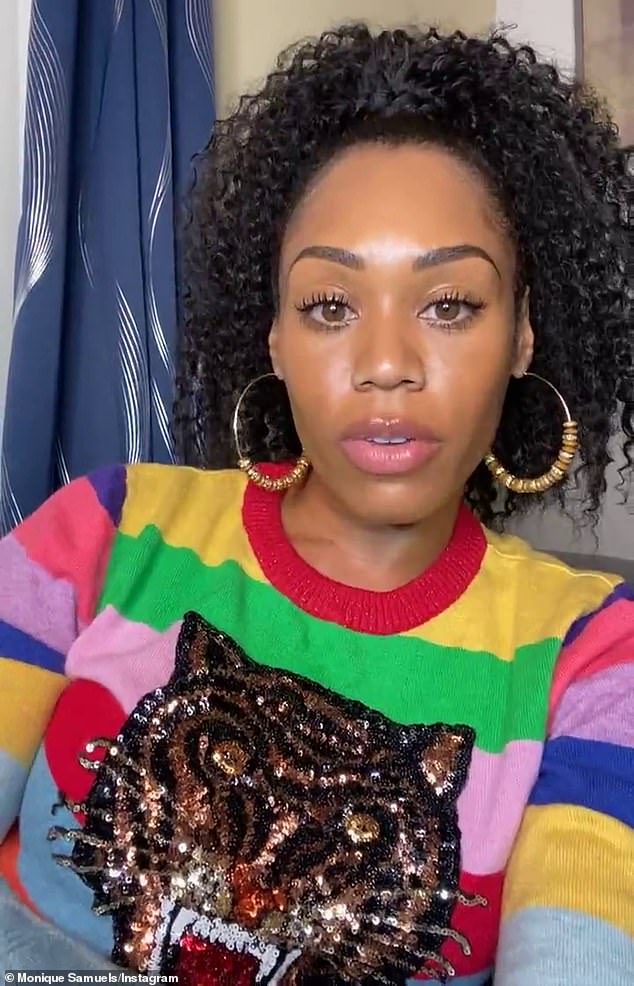 Looking to the future: The reality TV star mentioned that her various business ventures that had been promoted during her time on the Bravo series would continue

She also commented on her expectations for her portrayal on RHOP, and how she ultimately failed to provide a realistic depiction of what she felt was an authentic expression of herself.

‘I wanted to represent real Black love, and you know, show people something outside of what the stereotype has been on TV, and unfortunately this season I played right into that stereotype,’ she said.

Samuels then noted that her time on the series had pushed her to seek professional assistance in order to improve her well-being and counteract her portrayal during her five seasons on the program.

She added: ‘I had two therapists, I was working overtime to really check myself because that is the exact opposite of what I want to display on, um, the TV show…and in real life, most importantly.’

The reality TV star ended the video by letting her fans know that she would still be active on her various social media outlets and that her video would be released to her YouTube channel later that night.

Samuels first joined RHOP in 2017, being added in its second season; she has been a featured cast member up until the most recent fifth season, where she engaged in a much-publicized fight with castmate Candiace Dillard. 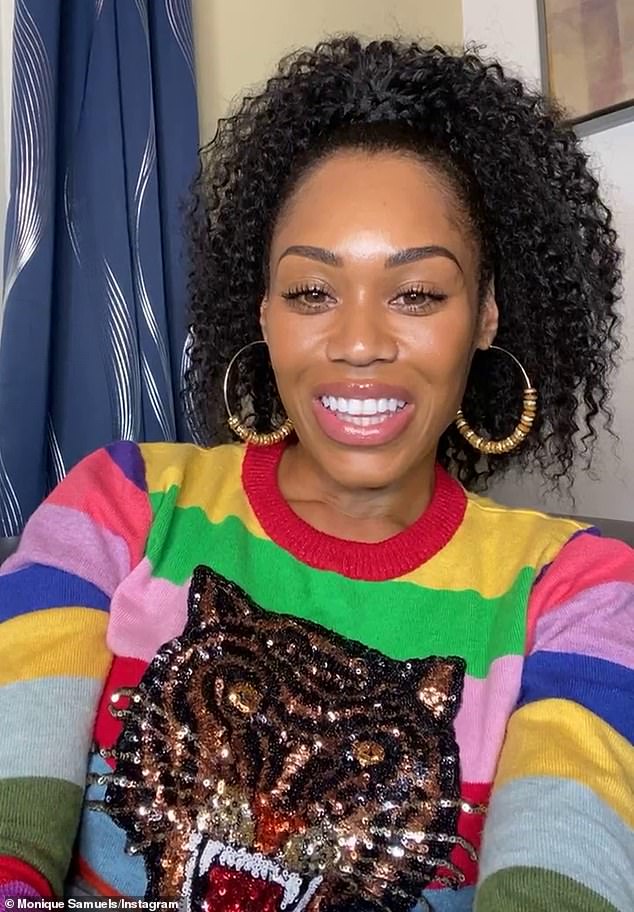 Priorities: Samuels noted that what her children thought of her was ‘more valuable to me than anybody’s opinion’ 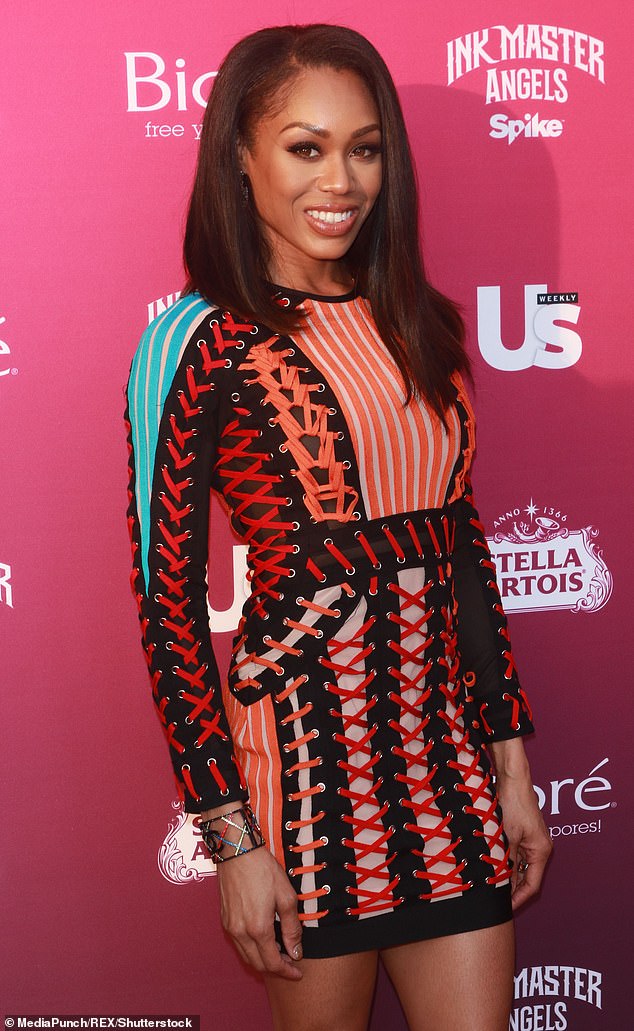 High profile: The media personality had joined the cast of RHOP during its second season; she is seen in 2017