Team Megxit reunion: Two Palace aides who lost jobs in March are back on Sussexes’ payroll in couple’s hiring spree

By Rebecca English Royal Editor For The Daily Mail

The Duke and Duchess of Sussex have boosted their rapidly expanding stable of staff by rehiring two palace aides who lost their jobs when the royal couple left the UK.

In recent months Harry and Meghan have made a series of key appointments to head their forthcoming non-profit foundation, Archewell, as well as starting their own in-house PR outfit.

Now, it can be revealed, they have employed ex-palace staff Clara Loughran and Beth Herlihy on a freelance basis to work on charity projects in the UK.

The pair, both in their 30s, lost their jobs in March when Harry and Meghan moved to North America. Their appointment is in addition to the couple’s UK PR chief, James Holt.

It can be revealed, Harry and Meghan have employed ex-palace staff Clara Loughran (pictured) and Beth Herlihy on a freelance basis to work on charity projects in the UK

With a string of new employees in the US as well, including a head of communications, a press secretary and a chief of staff, industry experts say the bill for their couple’s team so far could easily top £1million a year.

This does not include PAs, staff working on their production and podcast ventures, household employees and private security.

New Zealand-born Mrs Loughran, who is married to Harry’s ex-assistant communications secretary, Nick Loughran, had worked for the prince since 2015, organising his official engagements and charitable initiatives. She was made a Member of the Royal Victorian Order – an honour given to those who have served the monarchy with dedication in a personal capacity – by the Queen, on Harry’s recommendation.

Miss Herlihy worked as the Sussexes programme manager from September 2018. She had also worked alongside Harry for more than four years as an events co-ordinator at the Royal Foundation, started by Harry with the Duke and Duchess of Cambridge. She and Mrs Loughran were among 13 plus tax-payer-funded employees who lost their jobs in March when Harry and Meghan quit royal duties. 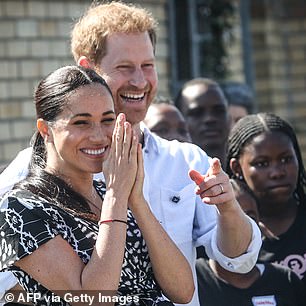 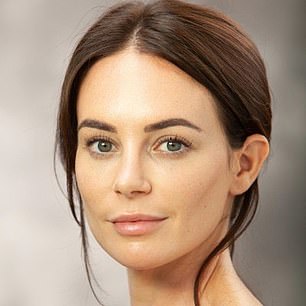 Together again: The couple and their rehired staff member Beth Herlihy (pictured right)

Recently they formed Herlihy Loughran, which describes itself as an ‘advisory partnership’ that links ‘influential people’ and organisations to good causes.

Harry and Meghan are among their first clients, sources confirmed. They have been employed in addition to their existing UK PR chief Mr Holt, pictured inset.

Last month it was announced that the Sussexes had snapped up Christine Weil Schirmer, 42, former head of communications at internet site Pinterest, to lead their PR assault on the US.

The mother-of-one attended the same US university as Meghan, Northwestern.

They have also appointed a press secretary. Toya Holness has worked for the celebrity William Morris Endeavor agency. A ‘stellar’ footballer who played for her university team in California, she is described by friends as ‘bold and outgoing’. The Sussexes had already poached another major figure, Catherine St Laurent, as their chief of staff. She is also the executive director of Archewell, which is expected to launch in the new year after months of delays. 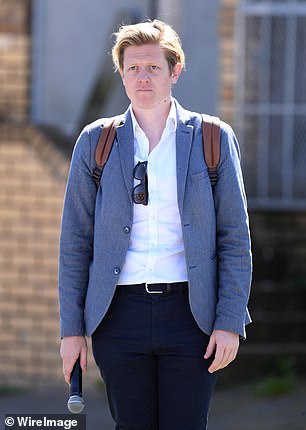 Their appointment is in addition to the couple’s UK PR chief, James Holt (pictured)

Miss St Laurent had been responsible for Melinda Gates’ profile and communications activities at the Bill & Melinda Gates Foundation.

Industry experts said the wage bill for the three US appointments alone was unlikely to be any less than £650,000-a-year plus benefits.

PR expert Mark Borkowski said the extent of the new appointments proved the ‘global’ ambitions of the couple.

‘There’s clearly a big operation being set up there. What will be interesting to see is whether these [new] people challenge the way [the couple] go about things,’ he said.

‘The focus on them is pretty relentless and they clearly want to change the established narrative around them now they are trying to launch themselves in America.’ 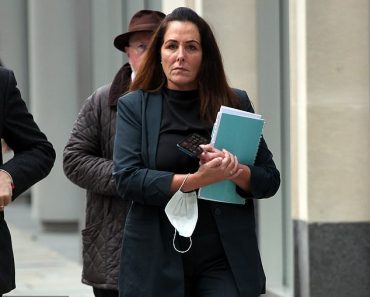 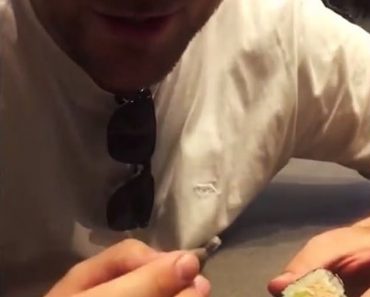 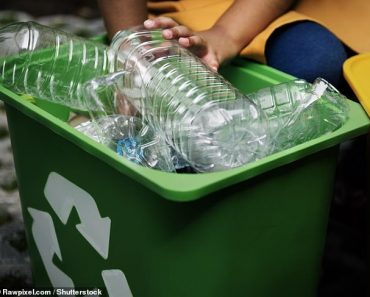