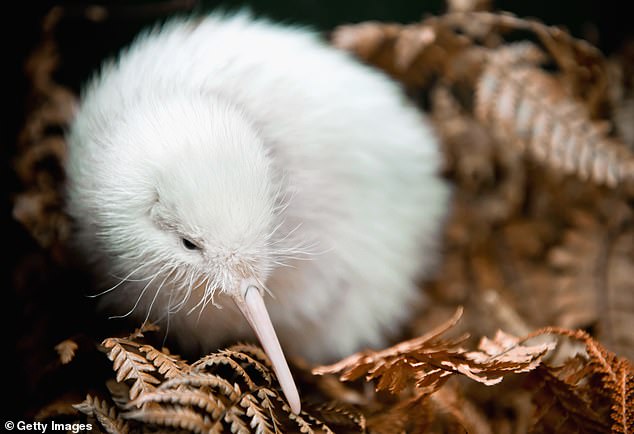 By Emily Webber For Mailonline

The world’s first extremely rare white kiwi born in captivity has died after vets removed an unfertilised egg which led to her health deteriorating.

The North Island brown kiwi named Manukura passed away at 12.50pm on Sunday after she was born in captivity in 2011 at the Pukaha Mount Bruce Wildlife Centre in New Zealand.

The bird, that inspired children’s books and toys, had a rare genetic trait, leucism, which was carried by both parents and caused her plume of pure white feathers.

The North Island brown kiwi named Manukura (pictured in 2011) passed away at 12.50pm on Sunday after she was born in captivity in 2011 at the Pukaha Mount Bruce Wildlife Centre in New Zealand

Manukura was taken to the specialist Wildbase Hospital at Massey University in Palmerston North after rangers noticed she was not eating and losing weight.

Vets operated and successfully removed an infertile egg that was ‘unable to pass naturally’ and further surgery removed her oviduct and most of her left ovary.

Pūkaha National Wildlife Centre announced the death of nine-year-old Manukura on Instagram, captioned: ‘It is with great sadness we announce the loss of our dear friend Manukura.

The centre continued: ‘The surgeries went well but were not enough to save the ailing kiwi whose health continued to deteriorate in the weeks following the operation. 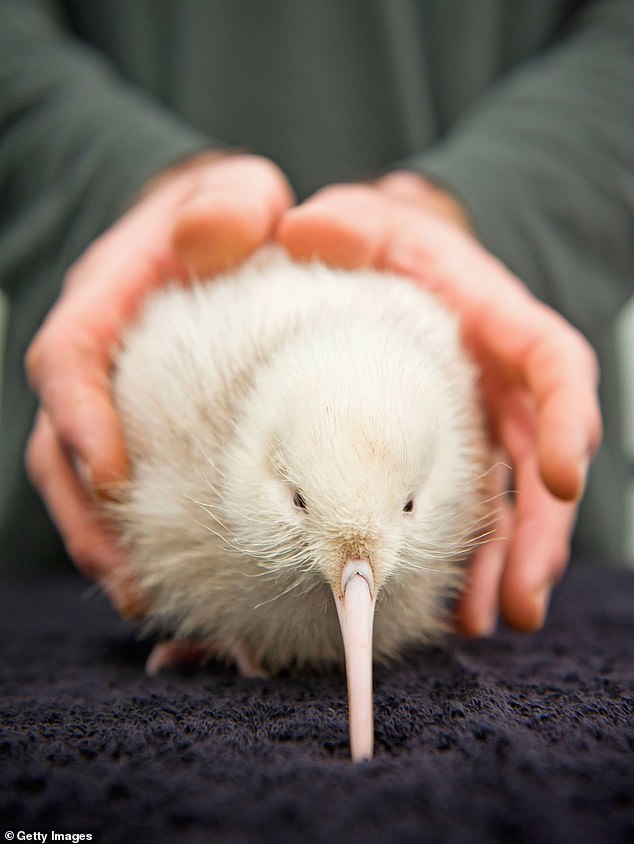 What is Leucism and which animals does the condition affect?

Leucism is an abnormal condition that affects animals including birds, mammals, reptiles and fish.

It is caused by a genetic mutation that inhibits melanin and other pigments – substances that give an animal its colour. This gives them white or patchily coloured skin, hair, or feathers. 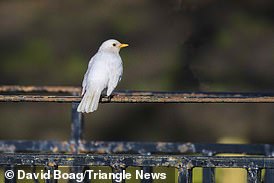 The condition is actually different from albinism, which is a absence of any pigmentation, including in the eyes and feet.

Vertebrates with albinism are not only white in colour but also have very pale eyes, often pink or red – this is the easiest way of distinguishing between leucism and albinism.

‘Manukura passed away peacefully at 12.50pm on 27 December 2020 with rangers and veterinary staff present. She will be sorely missed.’

The bird was the first of three white Kiwis hatched at the Pūkaha National Wildlife Centre over the 2011 to 2012 breeding seasons.

The flightless kiwi is a national symbol of New Zealand and the name is so internationally recognised that it is used as a nickname for New Zealanders.

The New Zealand men’s national rugby team are known as the All Blacks.

About the size of a chicken when fully grown, they lay the largest egg in relation to their body size of any species of bird in the world.

However, the Kiwi is threatened by predators including rats, cats, dogs, ferrets and possums, and it is estimated there are fewer than 70,000 left with several sub-species listed as critically endangered.

Largely nocturnal, they burrow in the ground and is the only bird known to have nostrils at the end of its bill, which it uses to sniff out food which includes soil invertebrates and fruit.

Females are larger than males and the male brown kiwi does most of the egg incubating. Chicks hatch fully feathered after 70 to 85 days incubation and are largely independent from their parents at a few weeks of age.

And the Kiwi is a romantic bird – when a pair bond they usually mate for life.

Typically they have a remarkably long life, sometimes living for up to 50 years. One south island species (the rowi) may live for up to 100 years. 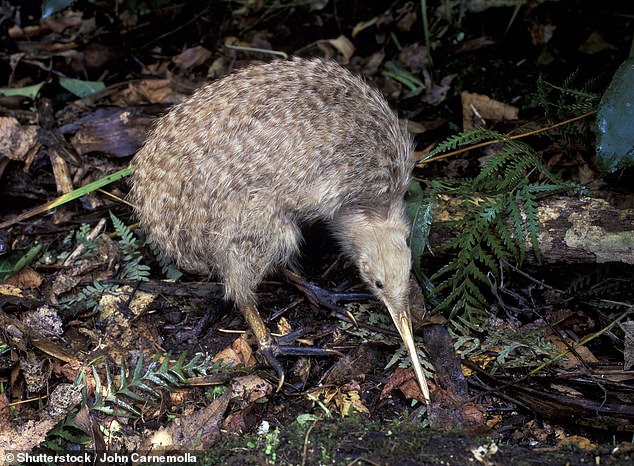