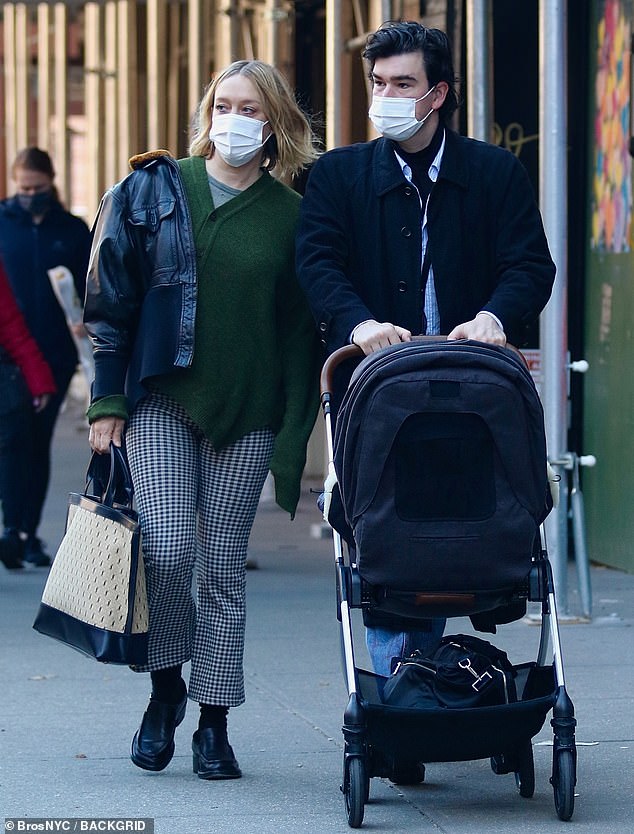 Chloe Sevigny and her boyfriend Sinisa Mackovic were seen strolling in NYC with their baby boy Vanja who she welcomed back on May 2.

Sevigny rocked a pair of gingham pants and a green sweater as she bundled up in the West Village, while Mackovic pushed the stroller.

Looking festive in the black and white pants and forest green cardigan, she layered a black leather bomber jacket with a brown fur collar over her shoulder.

Sevigny carried a white tote bag and threw on a pair of black loafers.

She kept her choppy blonde locks down and wore a light face of makeup while walking beside her boyfriend of two years.

Playing doting dad, Mackovic – who is the director of Karma Art Gallery in the city – pushed Vanja in while rocking a very daring outfit. 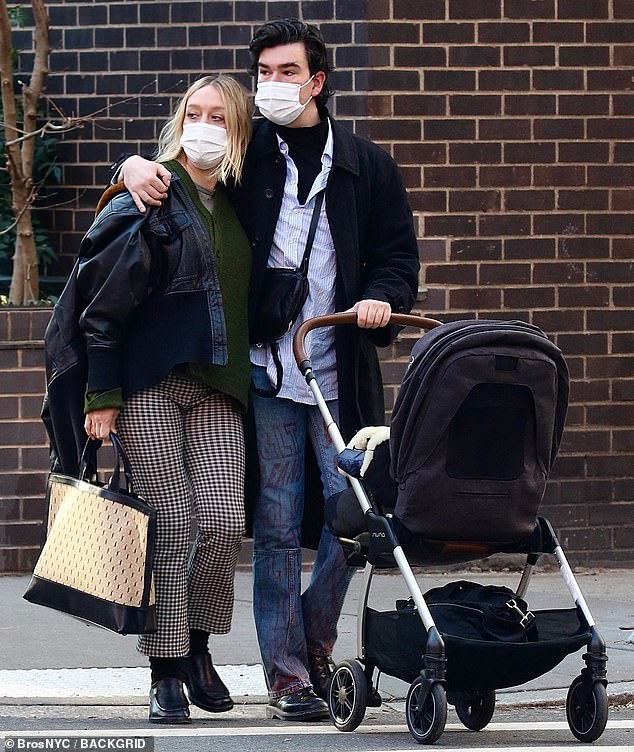 He threw his arm around her and donned a pair of graphic jeans with purple lettering and a striped blouse underneath a peacoat, as he put a satchel across his body.

The couple welcomed their first child together after nearly two years of committed partnership.

Speaking about their relationship in a September interview with W Magazine, the veteran actress called him the ‘father of my child, baby daddy, boyfriend, fiance, all of the above.’ 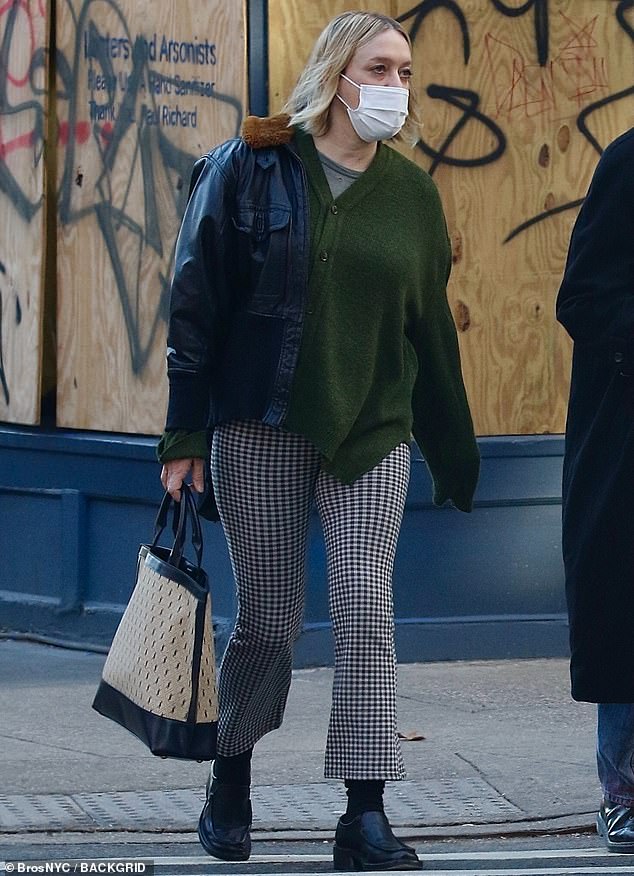 New mom: The Boys Don’t Cry actress admitted she has been overprotective when it comes to venturing out amid the pandemic

Saying that she was overprotective when it came to venturing outside amid the pandemic she said:

‘I would say that my neuroses around that have really amped up because of the small child and my mother. I guess it’s not even neuroses at this point, it’s just what everybody is doing. It’s common.’

Though loving life as a mom to a son, Sevigny shared that she always thought she would have a girl.

‘It’s funny because—and this is weird to say—I always thought I’d have a girl. I just felt like it would be, I don’t want to say easier, but that I would have more in common. I’m a big girly girl and I’d love to have a tea party. I hope to god he wants to have a tea party!’ Main men: Sevigny welcomed Vanja on May 2 as she shared a photo of she and her main men while chilling out at home