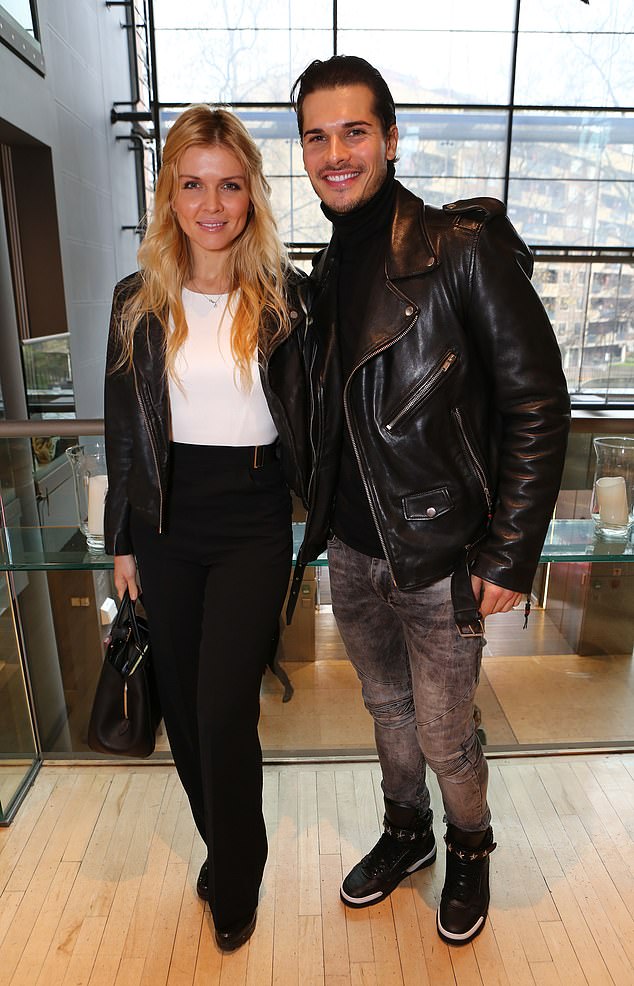 Gleb Savchenko makes ‘OVER $400,000 on Dancing With The Stars’… as new details from Elena Samodanova divorce emerge

The revelation came to light in court documents obtained by Us Weekly, as Gleb’s estranged wife Elena Samodanova seeks spousal support, child support, and primary custody of their two children from her ex.

Samodanova, also a dancer, believes Gleb is capable of paying the amount requested because he ‘earns an approximate annual salary of $406,614.’

In court documents, Samodanova reveals she is unemployed with the dance studio she co-owns with Gleb being her only source of income.

The studio earns $37,250 annually, but has been closed for nearly a year on account of the pandemic.

Samodanova wants to maintain a ‘high standard of living’ for herself and their children after their split.

Their official date of separation is noted as December 1, after the duo attended a mediation session in which Savchenko ‘refused to pay child or spousal support without a court order’, court documents state. 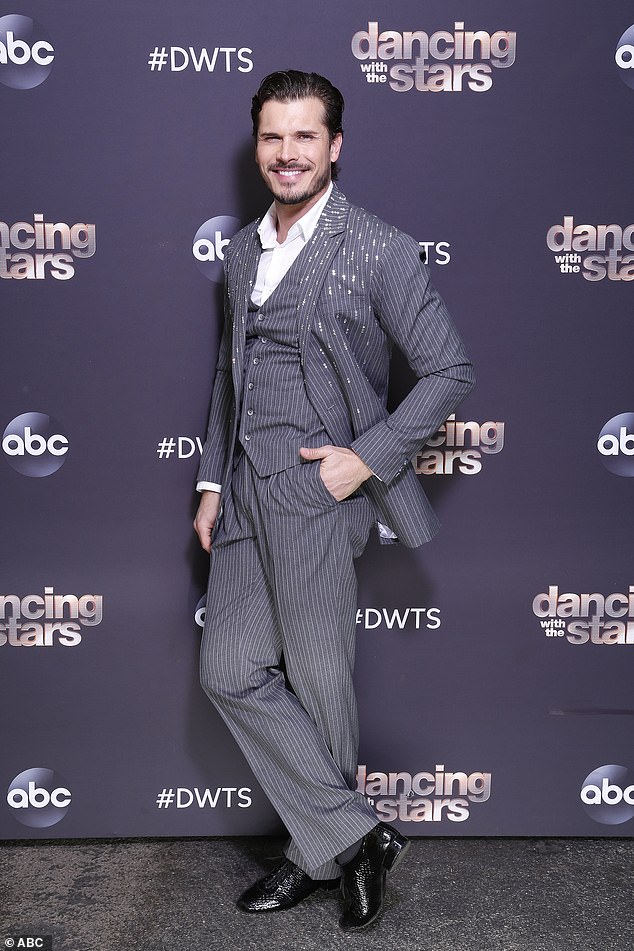 Messy split: Their official date of separation is noted as December 1, after the duo attended a mediation session in which Savchenko ‘refused to pay child or spousal support without a court order’, court documents state

Savchenko and Samodanova separated last month after 14 years of marriage and two children together, and Savchenko officially filed for divorce this month.

In her divorce filing, Elena revealed Gleb had been ‘crashing’ with a friend. 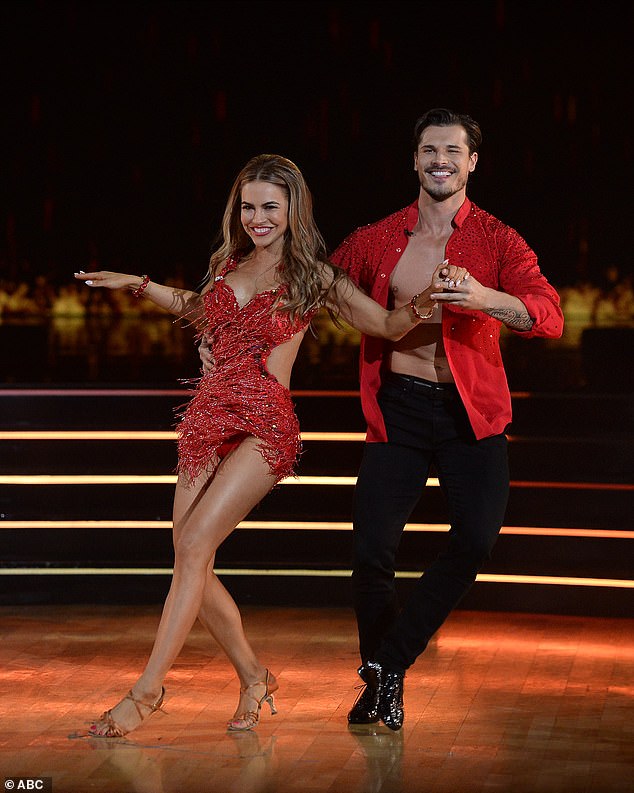 Working it: Savchenko was recently paired up with Selling Sunset star Chrishell Stause on DWTS

‘I have been focused and responsible for ensuring [the] health, safety and welfare of our children since birth. Since the separation, our children have lived with me,’ she said in the filing, obtained by Us Weekly.

‘[Savchenko] has not rented an apartment and is essentially ‘crashing’ with his friend. He is renting a room from his friend who is a bachelor and who constantly makes social media posts about parties at that apartment.’

She also claims to have made several visits to the apartment her ex has been staying in and saw that ‘alcohol is easily accessible’ there and that it is ‘not a safe environment’ for their daughters.

‘Based on the foregoing, I respectfully request that the court grant me continued primary physical custody of the children with visitation to [Savchenko], until such time as he secures appropriate housing for himself and the children, with furnished bedrooms for our girls, which will enable extended visitation to [ensure] frequent and continuing contact with both parents.’

Despite splitting just a month ago, both parties have already moved on romantically. 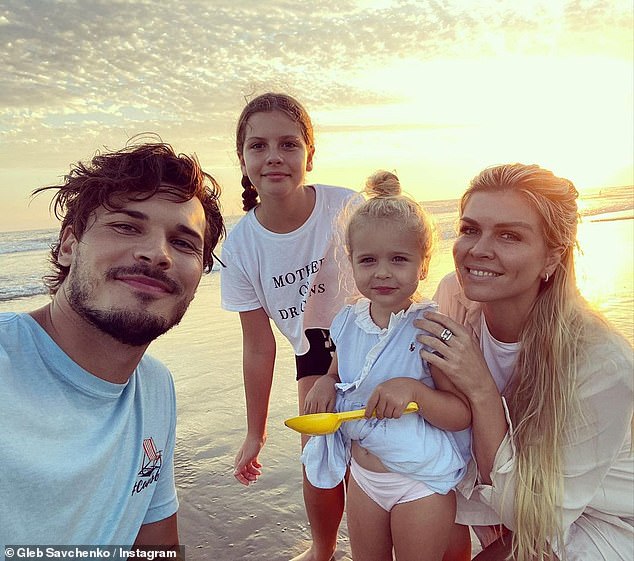