The children’s TV presenter and artist unwittingly designed the logo that would become the Blue Peter programme’s emblem whilst sketching ideas for his pirate Humpty Dumpty character.

Now two prototypes of the ship logo, created by Hart on commission for a BBC programme called Saturday Special in 1952, are set to go under the hammer for £3,000.

The black ink and watercolour sketches of a galleon in full sail on the ocean waves with streaming pennants were originally penned by the BBC presenter for a Humpty Dumpty story.

A Galleon believed to be the inspiration for the Blue Peter logo and badge designed by Tony Hart, ink and watercolour on paper. Signed Tony Hart and dated ’52

But the design became the distinctive blue we recognise today when the late Vision On and Take Hart presenter revamped the colour six years later for the emblem of Blue Peter as it first aired in 1958.

The emblem was also subsequently used on Blue Peter badges.

Now the original sketches are due to be auctioned off at Ewbank’s in Surrey on January 29.

They were used as part of a story entitled Hooray for Humpty-Dumpty, featuring egg-like characters as pirates on the BBC children’s show Saturday Special. 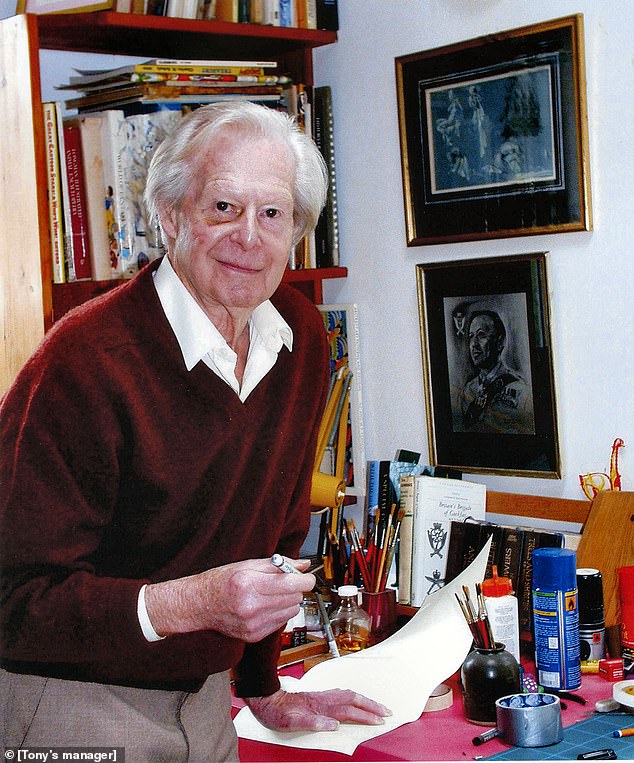 Tony Hart pictured in his studio. Tony, a TV artist, enjoyed a career with the BBC spanning 50 years, including programmes such as Vision On and Take Hart, for which he won a Bafta 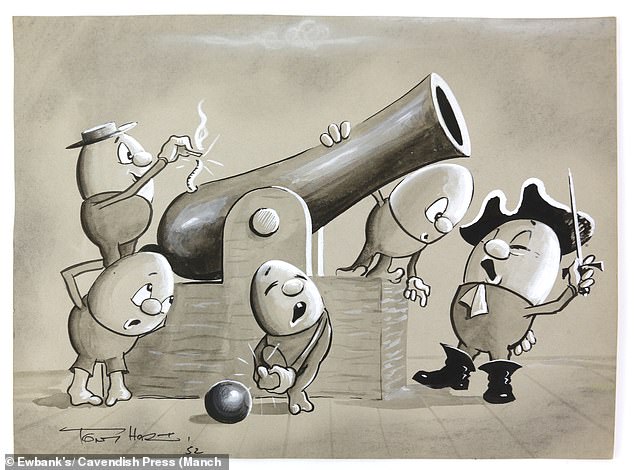 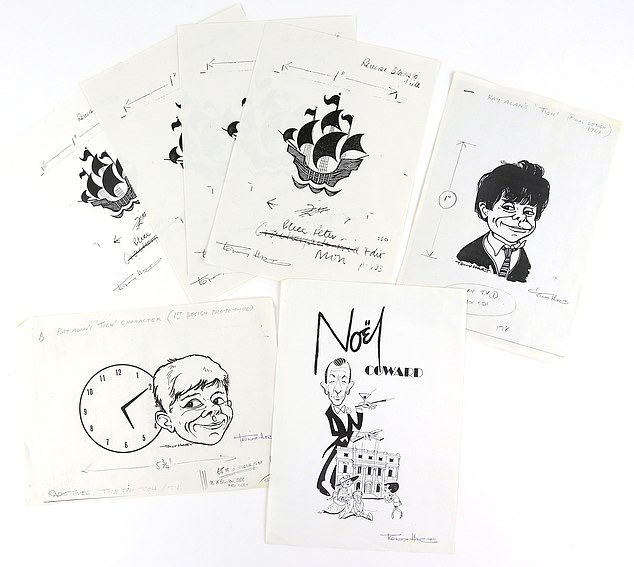 The black ink sketches of a galleon in full sail on the ocean waves with streaming pennants, which became the Blue Peter logo The pictures forms part of a collection left by Hart’s agent Roc Renals and the 55-lot sale is expected to raise a total of £20,000.

It also includes artwork and correspondence spanning the presenter’s career career from the 1950s onwards.

Hart died in 2009 aged 83 and Renals passed away in 2014. The pair originally met in 1974 when Renals invited Hart to open an exhibition of Japanese children’s art.

Renals’ son Nic said the Humpty-Dumpty illustrations formed the inspiration for the Blue Peter emblem and added: ‘He drew those in 1952 and you only have to look at them to see how he worked up the design in the late 1950s for Blue Peter – there’s no doubt in my mind that this is where it came from..’

‘The stuff he did in the ’50s and ’60s was exceptional. The characters and caricatures he created were full of charm. He really captured their personalities very nicely. 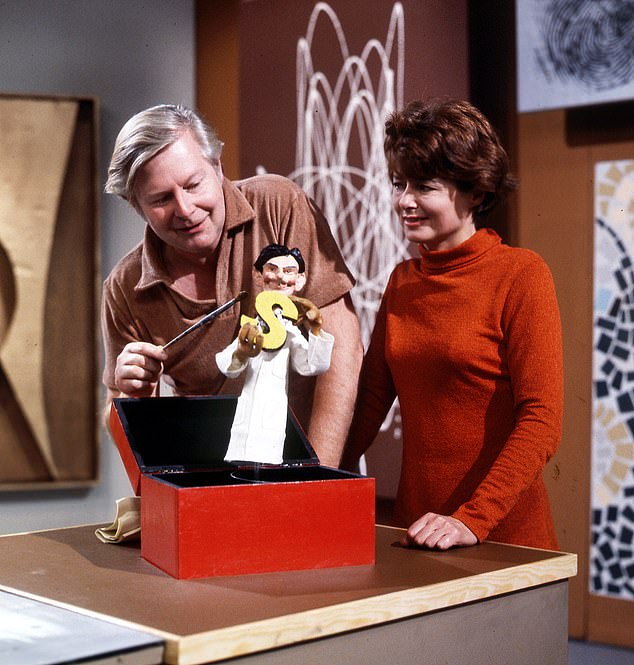 Tony Hart and Pat Keysell featured on Vision On 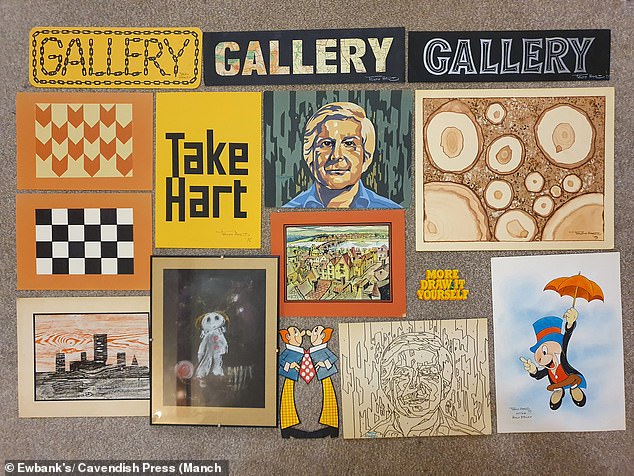 A collection of Tony Hart works. Featuring a paint by numbers self-portrait 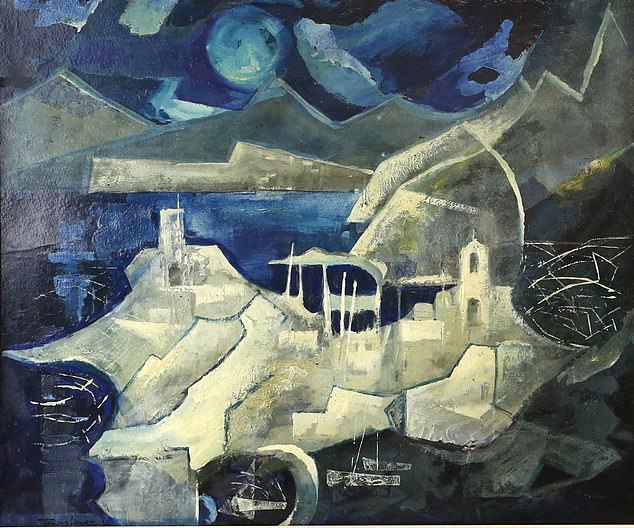 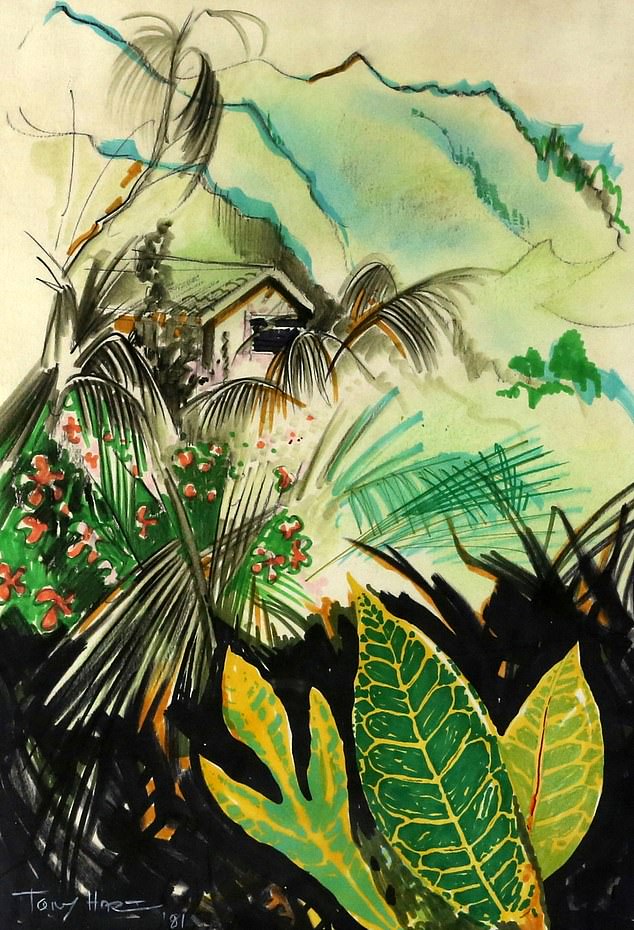 Tony Hart: The TV artist who instilled a love of art in millions of children

Tony Hart, who is remembered for the infectious enthusiasm and flair that instilled a love of art in millions of children, died age 83 in 2009.

He inspired generations during a TV career that spanned six decades and featured hugely successful shows including Hartbeat, Saturday Special and Smart Hart.

Hart’s break came in 1952 when he met a BBC producer at a party and demonstrated his skills by drawing a fish on a paper napkin.

He was made resident artist on Saturday Special, before working on Playbox, Titch and Quackers and Vision On.

He appeared on Take Hart with Morph, an animated clay character who lived in a pencil box on his desk.

Hart received two Bafta awards, won a lifetime achievement award in 1998 and created the design for the Blue Peter badge.

His most popular show Hartbeat, which ran from 1985 to 1994, attracted 5.4million viewers.

He received between 8,000 paintings and drawings a week from youngsters hoping to have their pictures displayed in the programme’s gallery.

Hart retired in 2001 and was devastated two years later by the death of his wife, Jean, who he met while working in TV.

A stroke victim, Hart was looked after until his death yesterday by two carers at his 15th century cottage-in Shamley Green, near Guildford in Surrey. His illness had robbed him of the use of his hands.

Hart served as an officer in the 1st Gurkha Rifles in the Second World War before enrolling at the Maidstone College of Art in his home town in Kent.

Before joining the BBC, he survived by painting murals on restaurant walls in return for free meals.

‘Tony would go anywhere in the art world to create something different. His pen skills were outstanding, but he was just as adept with watercolours, creating graphics or even sculpting with plasticine.

‘He and my dad attended hundreds of events across the decades. He was always trying to inspire kids to get involved with art.

‘He understood that you have to build their appreciation by entertaining them and showing them what they can do for themselves.

‘He lived and breathed art. I don’t think he had any other interests. He was totally committed. He seemed flamboyant but was really very focused on the art itself.’

One lot, containing a collection of printed and photocopied items, includes photocopies of Hart’s original designs for the Blue Peter ship emblem, even showing how he had taken the eventual scale of the Blue Peter badge into account when it came to designing details.

Other artwork up for auction include watercolour views of the Montserrat home and AIR studio of Renals’ friend, Beatles producer George Martin, not long before they were destroyed in a 1989 hurricane, a 1969 semi-abstract landscape view of the Ligurian coast plus a ‘painting-by-numbers’ self-portrait, thought to have been created for one his TV shows.

Another lot is the a signed caricature drawing of the late BBC cricket commentator Brian Johnston and another features a map Hart drew of Shamley Green, the village just outside Guildford in Surrey where he lived from 1966 for the rest of his life.

Accompanying a letter to Renals as he provides directions to his home, the map even shows Hart’s distaste for a recent addition to the local landscape, annotated as ‘Hideous new Seeboard regulator’.

Nic added: ‘Tony was exactly the same off camera as on camera, a truly genuine character, friendly, interested in other people, creative and entertaining.

‘He and my father were best friends from the 1970s onwards and most of what is included in the collection were presents from Tony over the years, some from TV shows.

‘Tony had his house studio at his house in Surrey and I visited him there many times. Although my father was his agent, he was more a friend and mentor.

‘I’ve had a lot of soul searching on whether to sell or not over the past few months but while I’m reluctant to sell it in many ways, I have also been thinking about what might eventually happen to it if I don’t.

‘They are such wonderful pieces of art and they really show what an amazing talent he was. Having known him for so long, I think that making these things public once more is the right tribute to him and my father’s friendship..’ 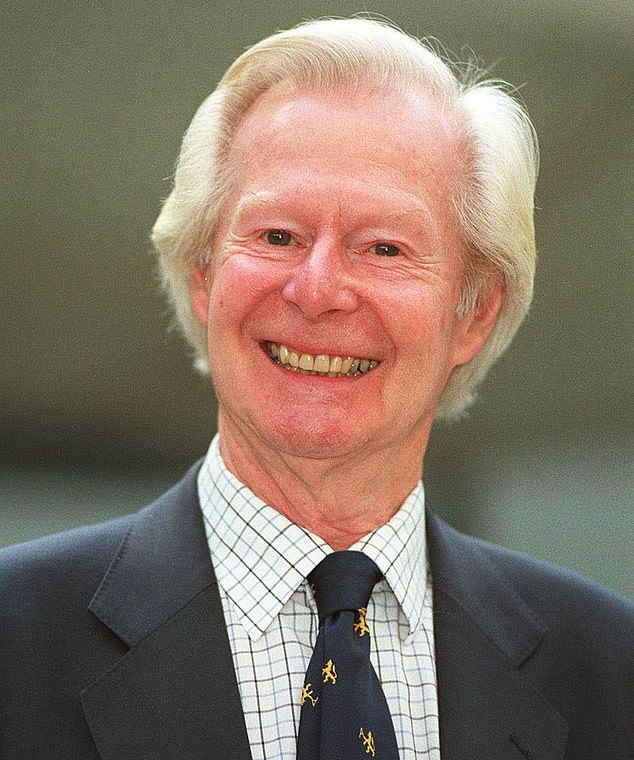 Tony Hart, who is remembered for the infectious enthusiasm and flair that instilled a love of art in millions of children, died age 83 in 2009 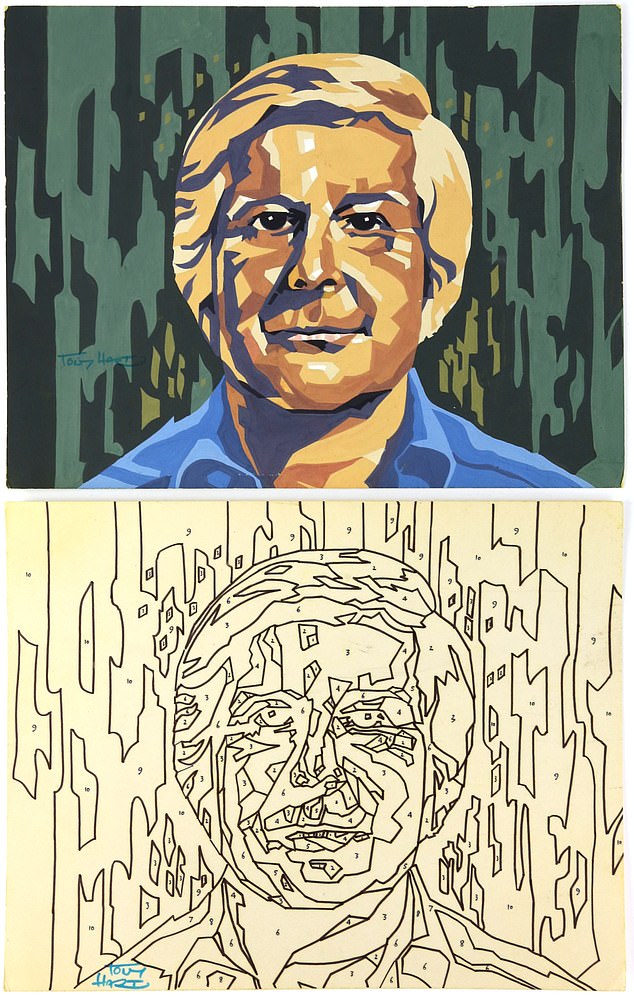 A ‘painting-by-numbers’ self-portrait, thought to have been created for one Hart’s TV shows 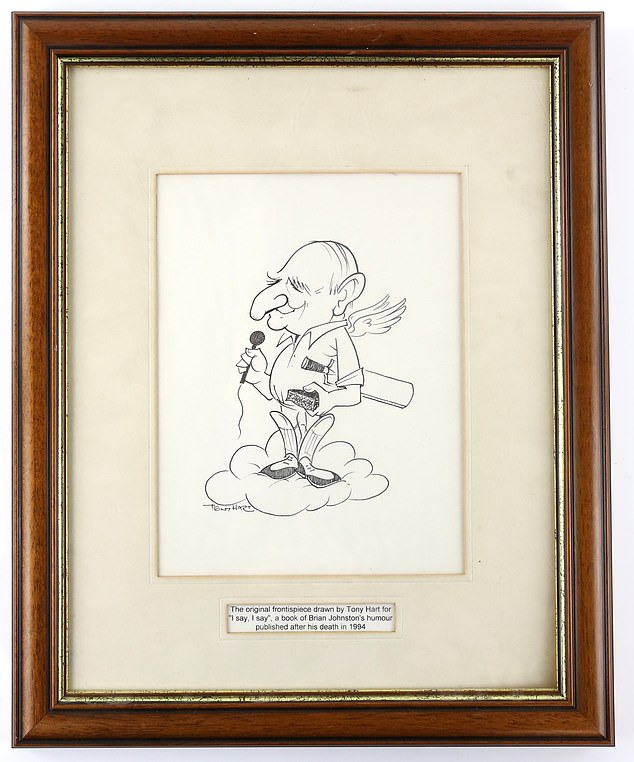 A drawing by Tony Hart for ‘I say, I say’, a book of Brian Johnston’s humour published after his death in 1994

Andrew Ewbank of Ewbank’s auctioneers said: ‘It’s a delight and privilege to host this sale. Not only is there a strong local connection, as Tony Hart lived just up the road from us, but following our recent Gerry Anderson blockbuster auction, we are able to bring yet another iconic children’s TV hero back into the limelight with this amazing selection of personal and professional memorabilia.

‘The fact that this collection has been built up over the years by such a close personal friend just adds to its appeal.’

The Tony Hart Auction. The Collection of Roc Renals, will take place at Ewbank’s Auctions on January 29, starting at midday. 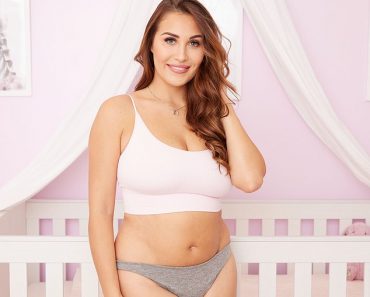 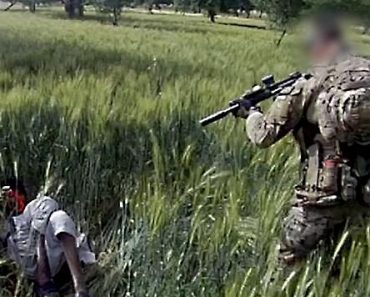 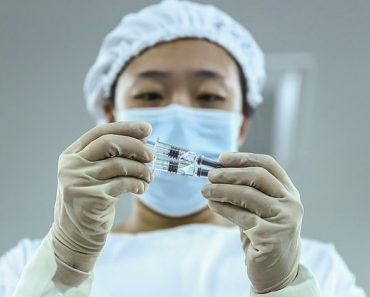 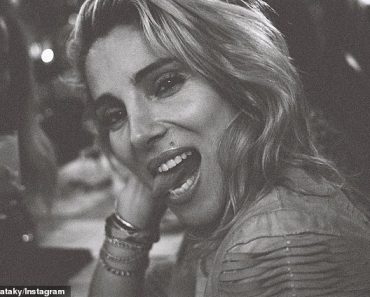 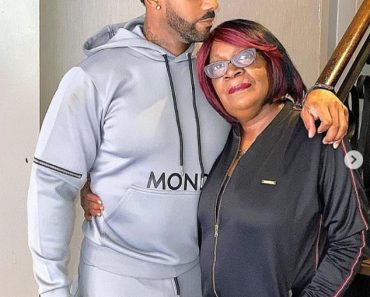 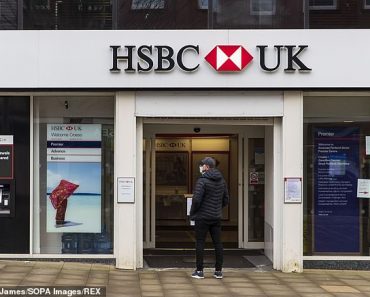