Cuba Gooding Jr. is at the center of legal trouble over an incident that occurred more than two years ago in a New York City nightclub.

The star of movies including Boyz n the Hood, Jerry Maguire and A Few Good Men vowed he would not return to the establishment after she rejected his advances, Ashworth said in court docs filed in Manhattan Supreme Court.

The latest: Cuba Gooding Jr., 53, is at the center of legal trouble over an incident that occurred more than two years ago in New York City nightclub. He was snapped last year in NYC

Ashworth said in court docs that Gooding asked her if she wanted to hear a joke that was sexual in nature and after she declined, he recited the joke anyway.

She said as her work shift was winding down around 4:20 a.m., he approached her and used ‘his right hand reached to pinch [her] on her right buttocks.’

Ashworth said she told the actor, ‘Don’t touch my butt’ to which she responded, ‘Aw, that’s no fun … and I didn’t, I touched your back.’

After unsuccessful attempts to touch her again, a promoter at the club told him to leave the establishment, to which he ‘pushed the promoter out of his way and approached a manager,’ Ashworth said. 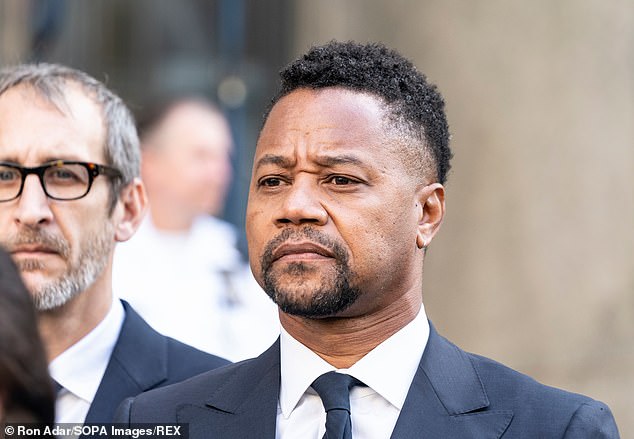 The star of movies including Boyz n the Hood, Jerry Maguire and A Few Good Men was snapped in NYC in 2019 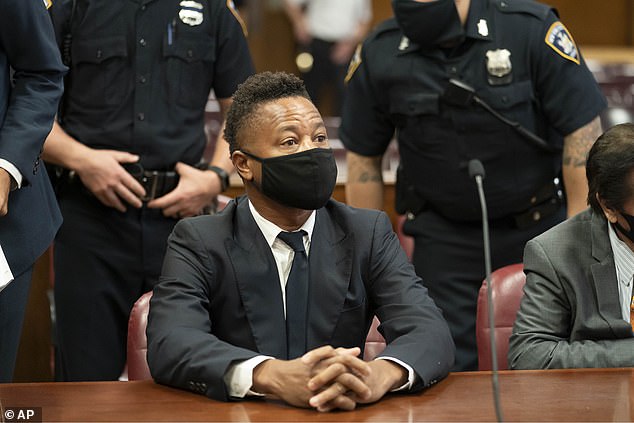 In court: Gooding was seen in a NYC court last August wearing a face mask

Ashworth said Gooding told her, ‘You don’t have to worry, because I am never coming back here again.’

Ashworth initially filed the civil suit for assault, battery and intentional infliction of emotional distress against the Oscar-winning actor in October 2019.

The New York City native did not hire an attorney to assign to the lawsuit and never responded to the court, according to the outlet, leading her to request a default judgment in the case.

Peter Scoolidge, who is representing Ashworth in the case, told the court that he served Gooding with the lawsuit on January 22, 2020.

Scoolidge told the court that ‘neither defendant nor his attorneys have appeared, served an answer or moved with respect to the complaint herein’ in moving for the default judgment.’

Mark Heller, who works as a criminal defense attorney for the Outbreak actor, told the outlet that the lawsuit ‘is totally baseless’ and that ‘there is no substance to the allegations.’

He previously told the paper that ‘it is rumored [Ashworth] is an aspiring actress’ who he assumed was ‘looking for notoriety’ by going public in her claim against the Hollywood star.

‘We welcome this baseless civil claim as a validation that the inspiration for her criminal accusation and this civil complaint is a money grab from Cuba, who previously declined to be shaken down by this individual,’ said Heller.

The lawyer added that video of the incident ‘clearly and unequivocally demonstrates that Mr. Gooding committed no criminal act and certainly did not pinch her butt.’

Gooding, who has been accused of sexual misconduct by at least 30 women in recent years, has denied all of the accusations. 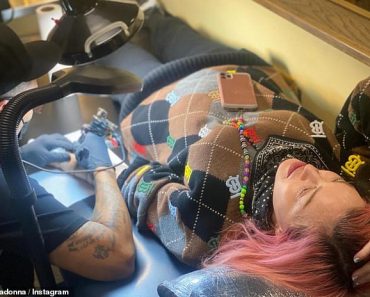 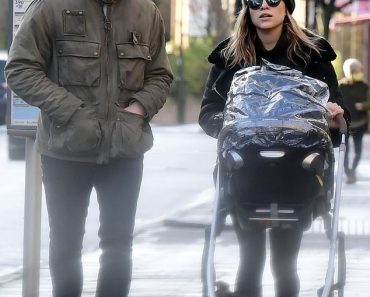 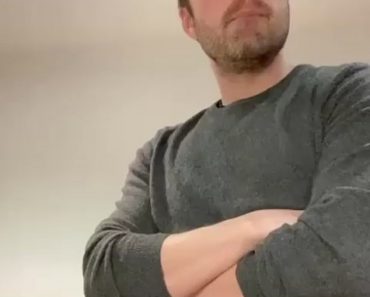