Secret reunion! Popular Packed To The Rafters stars reunite ahead of much-anticipated reboot

The Packed To The Rafters reboot is one of the most anticipated remakes to hit Australian screens and in the lead-up, two of the show’s most popular stars have had a secret reunion.

Rafters reunited:Packed To The Rafters star Hugh Sheridan spent time with his co-star Michael Caton and his wife Helen Esakoff this week

In the picture, the two gentlemen are joined by 77-year-old’s wife Helen Esakof  and the group can’t appear to wipe the smile off their faces.

Loyal viewers couldn’t help but share their excitement on the post, with one writing: ‘Bring on the rafters.’

Another commented ‘Ben and Ted’ alongside a mind-blown faced emoji.

The new series will be called Back To The Rafters, and is set in the present time – six years later after the show’s sixth season.

Erik called the reunion: ‘fantastic but a little bit surreal.’

‘When you make these shows and it finishes up you think well that’ll be that, that was wonderful,’ he said.

‘But to have the opportunity to come back and do it all again and with everyone – that hasn’t been an easy task to get every one back together. But we’re here, it’s happening and we’re so thrilled,’ he added.

According to a synopsis on Mumbrella: ‘Dave and Julie have created a new life in the country with youngest daughter Ruby, while the older Rafter children face new challenges and Grandpa Ted struggles to find his place.

‘As Dave enjoys his new found freedom, Julie must reconcile her responsibilities to the family. They might not be under the same roof, but the same honesty, love and laughter bonds them more tightly now than ever before.’

The new series will be the first original scripted drama series for Australia commissioned by Amazon Prime. 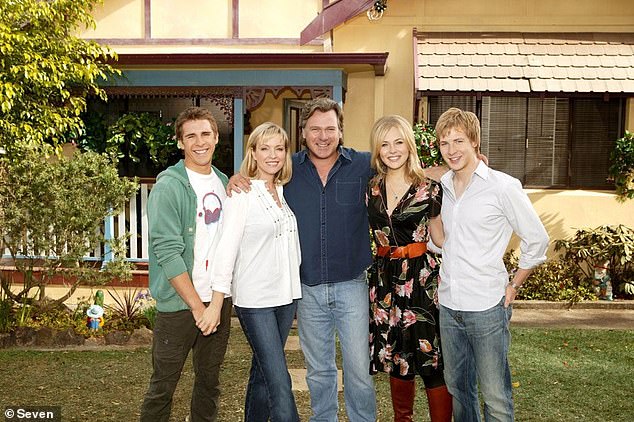 ‘We’re here, it’s happening and we’re so thrilled!’ Packed To The Rafters will return in 2020 on Amazon Prime following months of speculation

Speaking to The Herald Sun in October, legendary star Michael admitted ‘We are starting to get the hang of working with COVID.’

‘But you feel a bit exposed because everyone has the face shields and the gloves and the actors have got nothing.

‘As soon as you finish the scene it’s masks on and face shields – but it took us a little while to figure out how to do it,’ he continued. 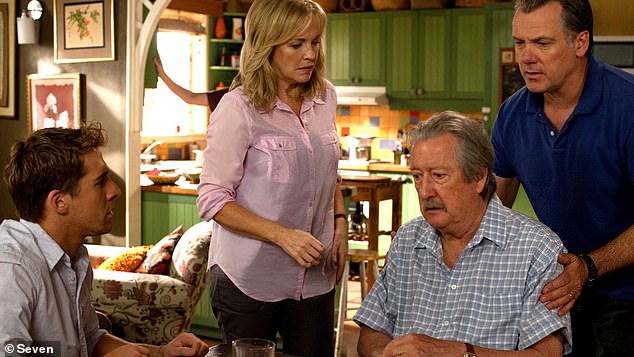 ‘It’s difficult but you just have to keep your mind on the job – and don’t spare the hand sanitiser.’

Although the cast and crew took the necessary precautions which delayed the release of the much anticipated reboot, filming eventually wrapped up at the end of 2020.

Fans can expect to revisit the Rafters and their adventures at some stage this year. 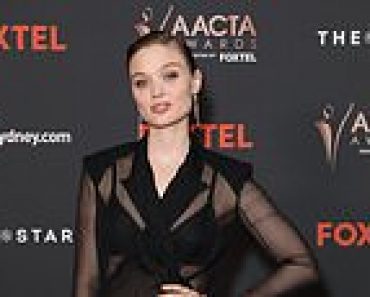 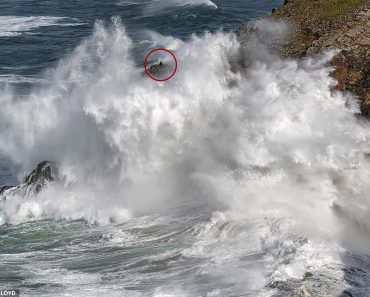