Irina Shayk has evidently learned how to balance being a mom with keeping up her personal style.

On Friday, the 35-year-old supermodel was spotted taking her daughter Lea out for a walk through New York City‘s busy streets.

After dropping her child off at home, she was then seen heading to a local cafe to pick up coffee and snacks to take home with her.

Mom time: Irina Shayk was seen wearing a stylish outfit while taking her daughter Lea for a walk through New York City’s streets on Friday morning

Shayk was seen wearing a large brown overcoat with fur lining, ostensibly worn to keep her nice and cozy in the midst of a frigid East Coast winter.

Underneath her coat, the supermodel wore a yellow button-up shirt and a matching pair of form-fitting pants, which she contrasted with a pair of black boots.

The Hercules actress also carried a bright yellow handbag to carry her belongings and complement her outfit.

She kept a pair of black rectangular sunglasses on to keep the shining winter sun rays out of her eyes. 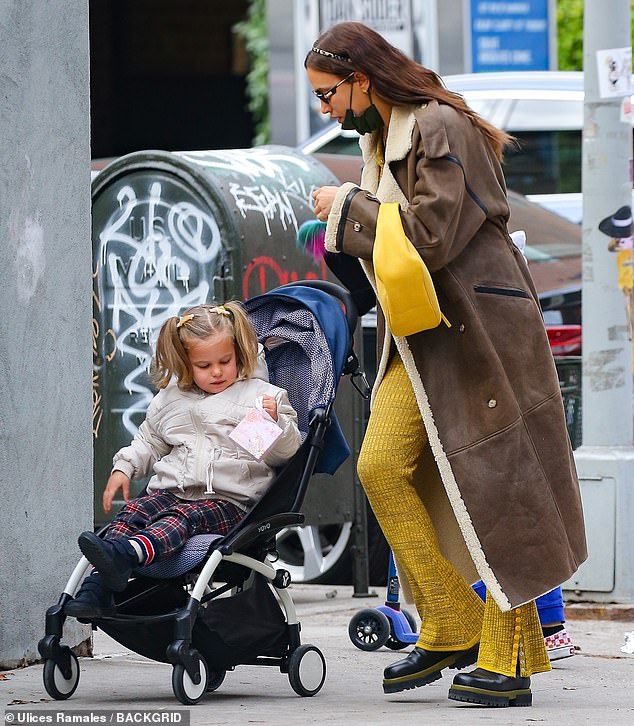 Keeping her safe: During certain points of the walk, the supermodel wore a green face mask to make sure that both herself and her daughter were protected from coronavirus 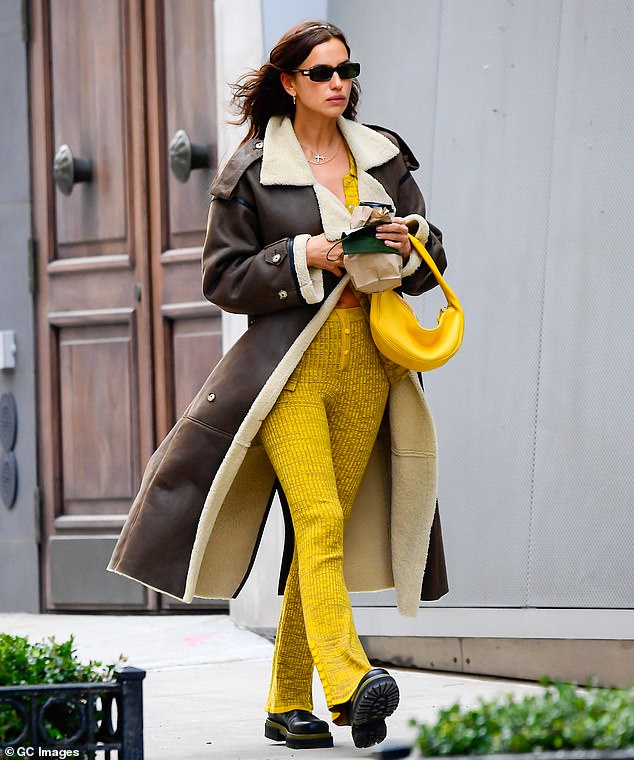 Great contrast: Shayk paired a predominantly yellow outfit with a large brown overcoat to keep herself comfortable as she spent time outside

The Russian model kept her beautiful brunette hair held back with a headband, ensuring that her locks would not fly in her face as she briskly walked through the streets.

She was also seen wearing a number of necklaces in addition to a set of earrings.

At certain points during her stroll, she was spotted using a dark green face mask to keep herself protected from any potential exposure to COVID-19.

Shayk dressed her daughter in a white jacket and a stylish pair of plaid pants; her hair was tied up in two ponytails to keep nice and neat for the excursion. 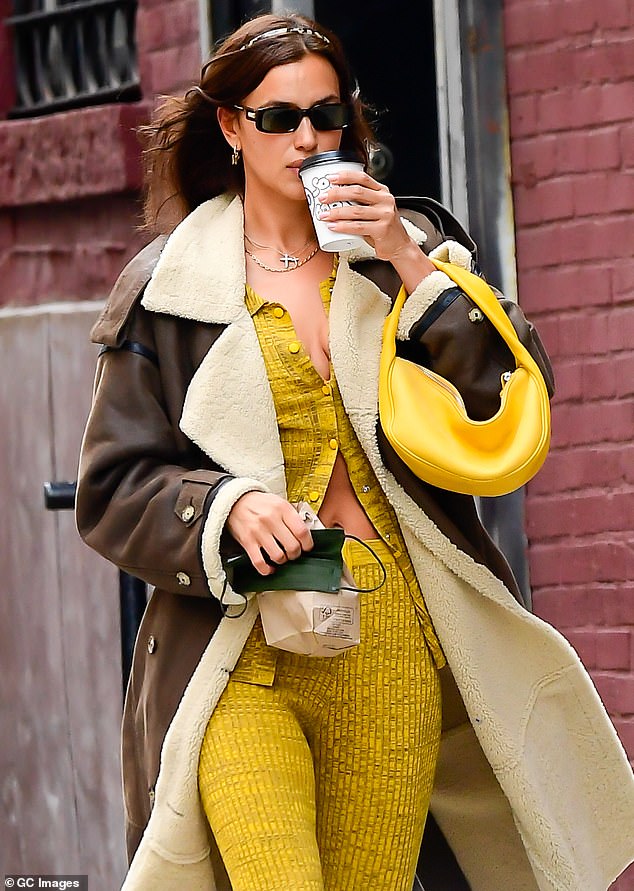 Looking to the future: During an interview, the model dished that she tried to keep a balance between her work life and her parenting skills, as she wanted ‘to raise a strong, powerful woman 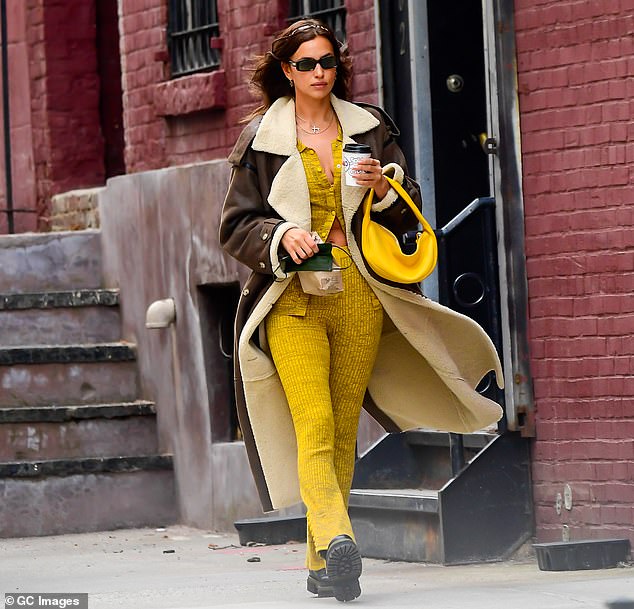 High-profile couple: Shayk and her former partner Bradley Cooper were first linked in 2015 and welcomed a daughter before splitting up in 2019

In an interview with Vogue, the supermodel spoke about the balance that she attempts to maintain between work and raising her daughter and why she thinks that she is setting a good example for her child.

Shayk told the publication: ‘I always try not to stay away from my daughter for more than a week, but I also don’t want to be this woman who’s not truthful to herself…I want my daughter to know that momma has a job in her life because I want to raise a strong, powerful woman.’

She also elaborated on the relationship that she currently has with Lea’s father, Bradley Cooper, and how she feels that they are both giving their child the most that they can of themselves.

Shayk and Cooper were first romantically linked in 2015 and welcomed their daughter two years later; they eventually separated in 2019. 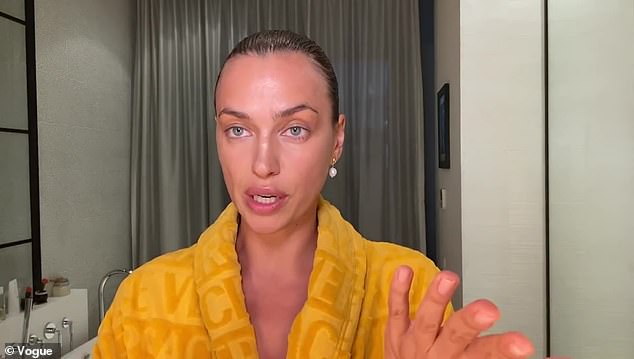 Real for the camera: She recently posed makeup free for a Vogue video then did her makeup 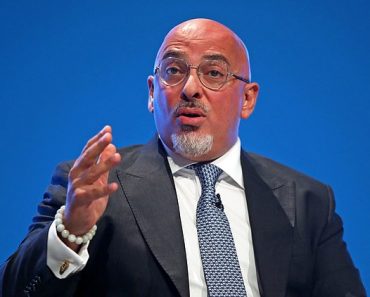 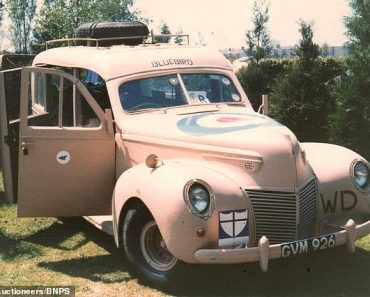 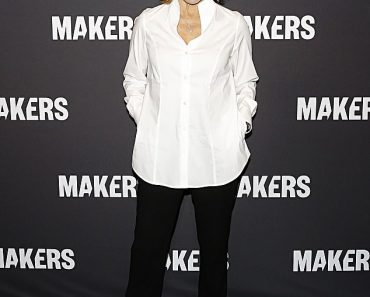 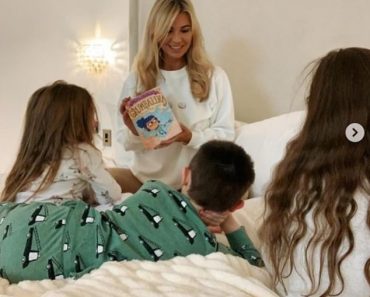 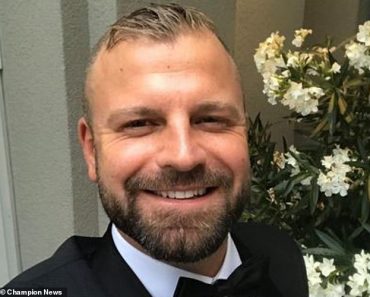