Home
News
Reset your body clock – from your bed!
Prev Article Next Article

Who isn’t dreaming of a sun-drenched beach holiday right now?

White sand and cocktails aside, it’s the sunshine that appeals — and for very good reason. Light is one of the keys to health and wellbeing because it sets our body clock, which has a huge effect on everything from mood and productivity to sleep and immunity to disease.

Bright light can be hard to come by in winter, but there’s a new generation of lighting products that claim to imitate the natural light cycle and synchronise our body clocks. It’s a market that could be worth £2.9 billion globally within three years, according to tech company Philips.

‘Light is super-powerful for health, and it’s one of the easiest things to manipulate to keep yourself healthy,’ says physiologist Stephanie Romiszewski, of sleepyheadclinic.co.uk.

Your body needs bright light first thing in the morning to signal to the brain, via light sensors in the retinas, that it’s time to stop producing the sleep hormone melatonin, and blue light during the day to keep us alert. In the evenings, we need softer, warmer light to tell the body to re-start melatonin production, usually about 9pm.

‘This light changes everything,’ promises the packaging. I’m tempted to reply that for this price I’d want it to make me a nightcap, too. But once you start playing with this ultra-sleek white and silver desk lamp, it’s hard not to be drawn in by its cleverness.

You can adjust its light ‘temperature’ (how much blue or yellow light it emits, measured in kelvins) and its brightness using sliders on its arm or with your phone via the Dyson app.

Tell it your birthdate and it will adjust light levels for your age. Someone middle-aged needs two to three times as much light as a 20-year-old to see as well because your pupils don’t open as wide, your cornea can get clouded and your lens yellows, which reduces the light reaching your retina.

Pricey, but a gamechanger. 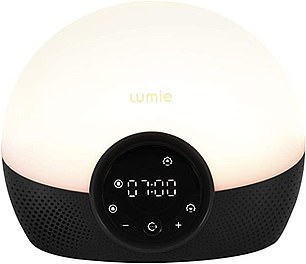 This clever bedside light and alarm from Lumie, which invented the first wake-up light in 1993, mimics a sunrise to wake you up gently. You can choose one of ten sounds to accompany it — chirping blackbirds or the muffled hum of a café I understood, but goats? Really? I used the Lumie for two mornings and certainly felt I slept more deeply than usual on the second night. 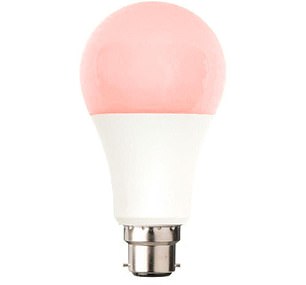 All the lights in a standard UK home are high on the blue light spectrum, which keep us alert and stop our brain producing melatonin.

Entrepreneur Daniel Ebbett came up with the idea for these revolutionary blue-free lightbulbs when he was battling chronic insomnia.

Use the red Twilight bulb in the living room in the couple of hours before going to bed, and the Sweet Dreams version in loos, bathrooms, bedrooms and hallways so you don’t disturb your circadian rhythm if you have to get up during the night. 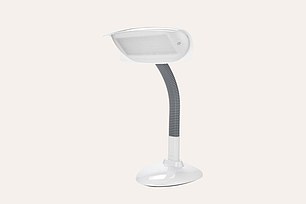 If you are one of the three to six per cent of people in the UK who suffer from depression in the winter, known as Seasonal Affective Disorder, or the many more who feel sluggish or low, a blast of this light at full brightness for 30 minutes will deliver the correct level of blue-ish light to qualify as light therapy and help synchronise your body clock.

Less sophisticated than the Dyson, but at a quarter of the price, it’s a quality desk lamp that will double up as a lightbox in the dreary winter months. 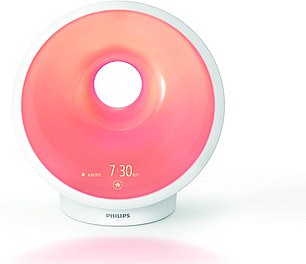 I bought my daughter the forerunner of this light (the SmartSleep WakeUp Light) in a desperate attempt to improve those grouchy school mornings, and it worked a treat. Philips’ Sleep & Wake-up lights simulate sunrise over 30 minutes with optional sounds to wake you slowly.

The new version is sleeker-looking and has a light-guided wind-down breathing programme for bedtime and a simulated sunset with optional nature sounds to help you drop off at night. 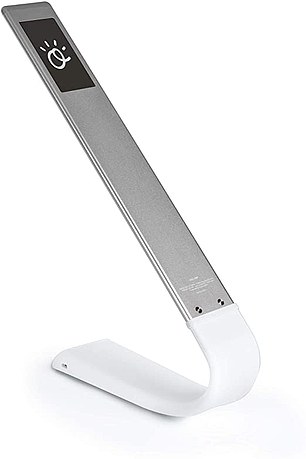 Harvard researchers discovered that six and a half hours of exposure to the kind of light emitted by screens and work lights suppresses melatonin production by three hours, and could play havoc with our body clocks.

It’s why British optometrist Dhruvin Patel came up with the Oculamp.

This ultra-contemporary cordless light is a thing of beauty, but it also has three colour ‘temperatures’ — a cool, white light to wake you in the mornings, a neutral white light for keeping alert during the day, and a softer, warmer light to wind down in evenings and encourage melatonin production. 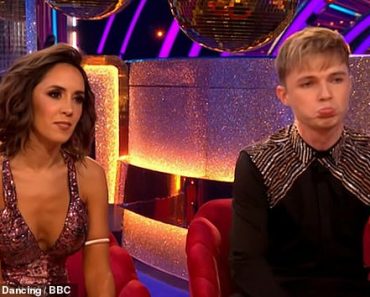 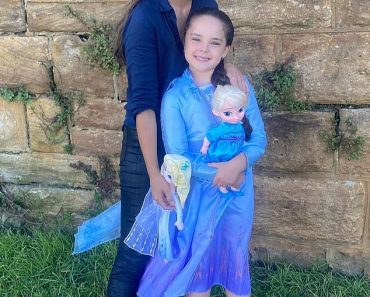 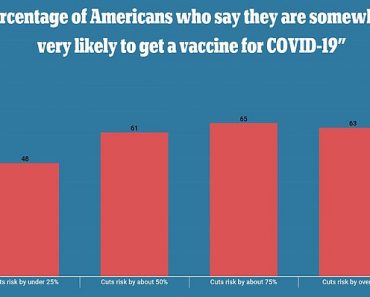 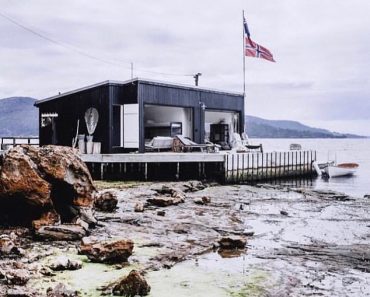 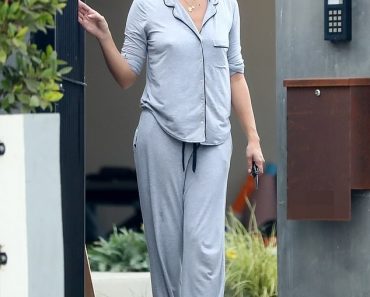 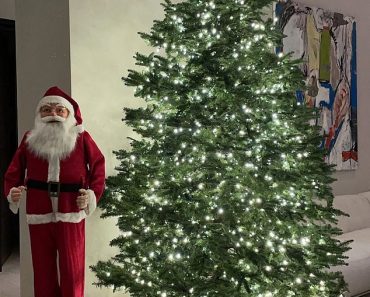