President Rodrigo Duterte of the Philippines has said he will not be given the Covid jab in public because he is ‘going to be injected in the a**’.

During a press conference, the strongman’s spokesman, Harry Roque, said that rather than roll up his sleeves for the jab, like other world leaders, Duterte will take his injection in the bottom.

‘He said since he wants to be injected in the a**, it cannot be public,’ Roque told reporters when asked whether the president’s decision for a private vaccination was final.

The country’s Covid taskforce has urged the popular president to take his injection in public. Seeing him being jabbed would assure Filipinos of the vaccine’s safety and encourage them to follow suit, they believe.

Philippine President Rodrigo Duterte, pictured in 2018, has said that he plans to take the Covid vaccine in his bottom so his vaccination will not be public, like other world leaders

In August, Duterte told citizens he would be a guinea pig for Russia’s then- controversial Sputnik V vaccine, which was in development at the time. He said he would take his dose in public.

Manila has instead settled on a vaccine from China’s state run Sinovac Biotech, which it secured supplies of earlier this month.

Duterte has said health workers will be first in line for a dose, and government officials will receive theirs last.

In October, Duterte’s bodyguards were allegedly jabbed with early samples of Beijing’s Sinopharm formulation, which was trafficked illegally to the country from China. The Filipino Government is currently investigating the incident.

On January 19, during a press briefing, Roque said he had asked the president if he would be first in line to take the Sinovac Biotech vaccine when it arrives in February. 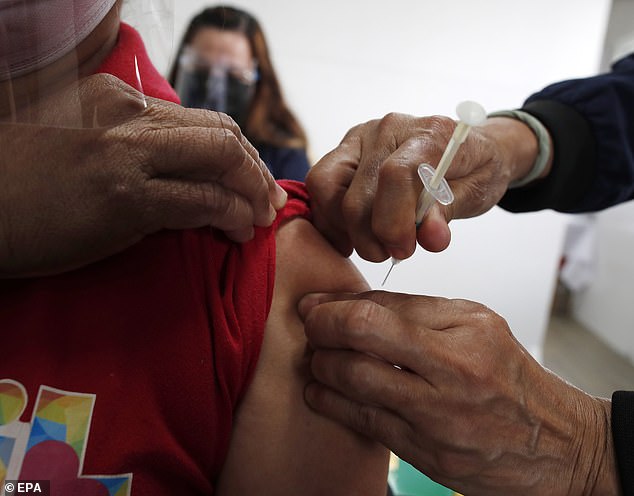 A medical worker shows other staff how to inject the country’s Chinese vaccine during a COVID-19 vaccination drill in Taguig city, south of Manila, Philippines today

Roque said the president said he would, but that ‘he’s taking the route of the British sovereign, because it was Queen Elizabeth and her husband who decided to receive the injections privately.’

‘This is our problem that we should all work on. We know that our … president, will be of great help because the willingness of our countrymen to get vaccinated is decreasing because of the adverse effects of certain brands,’ Galvez said during the televised meeting yesterday.

‘At the same time, the anti-vaxxers are getting strong on social media,’ he added.

According to a Manila Bulletin report, 47 per cent of Filipinos don’t want to take the vaccine due to safety concerns. Thirty-two per cent will get the shot and 21 per cent are undecided.

The vast majority of Filipinos refusing to take the vaccine were unsure of its safety. 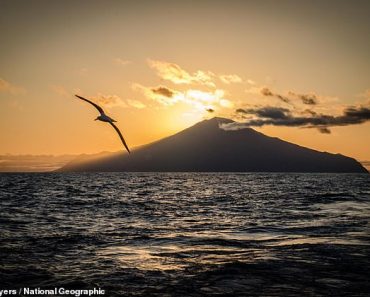 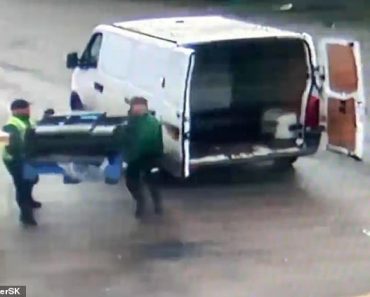 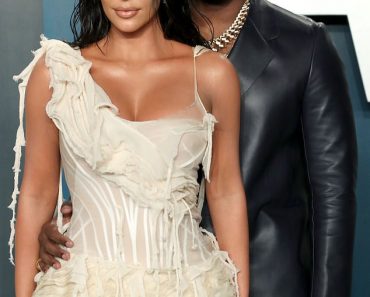 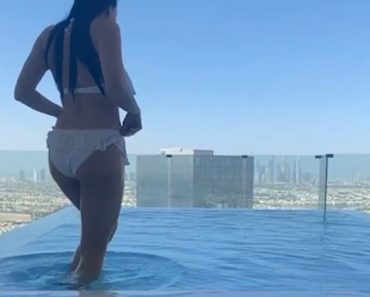 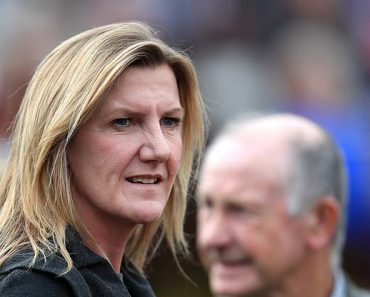