Radio 2 presenter Jo Whiley has warned followers to be on alert after having her phone stolen by a ‘kid on a bike,’ while walking to work in London.

The radio host and television presenter took to Twitter earlier this week to share the ‘absolutely horrible experience,’ which happened on Monday afternoon.

Addressing followers the next day, she wrote: ‘I was walking from Euston station in London to work yesterday afternoon – stood waiting to cross the road & texting my producer when a kid on a bike snatched my phone from my hand.

Jo Whiley warned Twitter followers: ‘Be on your guard,’ after she was robbed of her phone on Monday afternoon 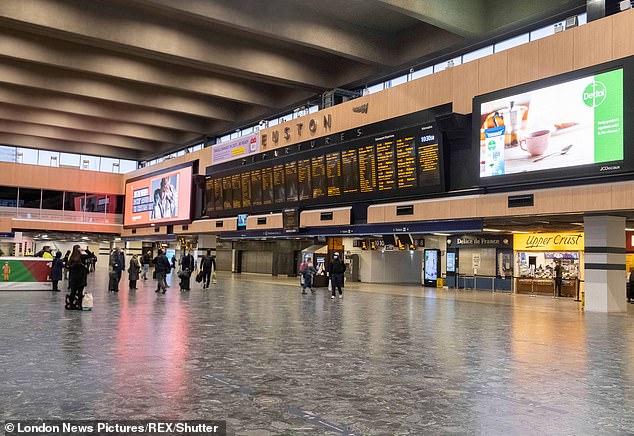 The Radio 2 presenter said her phone was stolen by a ‘kid on a bike,’ as she walked to work from Euston Station in London

The Northampton-born BBC star believes others may have fallen foul of thieves around the Central London train station.

She added: ‘It seems to be a common occurrence in that area so just be on your guard.

‘I certainly will be from now on. It’s a pretty horrible experience.’

Fans and friends offered their condolences as Whiley was forced to tweet from her iPad.

Victoria Clowes wrote: ‘I live the other side of Russell Sq tube down the road from Euston & it’s rife in the area.

‘They tend to come out just before schools are out. Usually in pairs, they pass the phone to another.

‘None of us take our phones out of our pockets now. I think it’s getting worse.’ 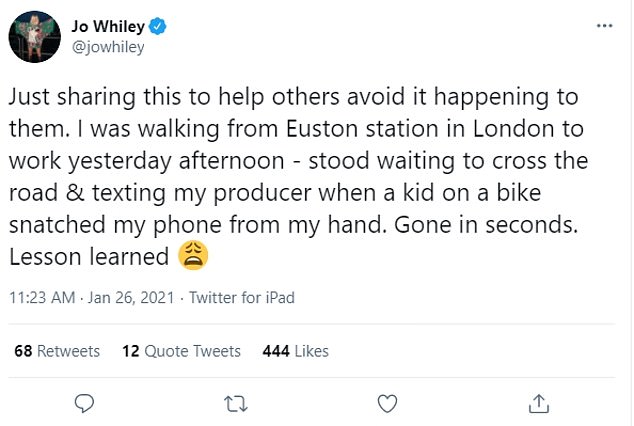 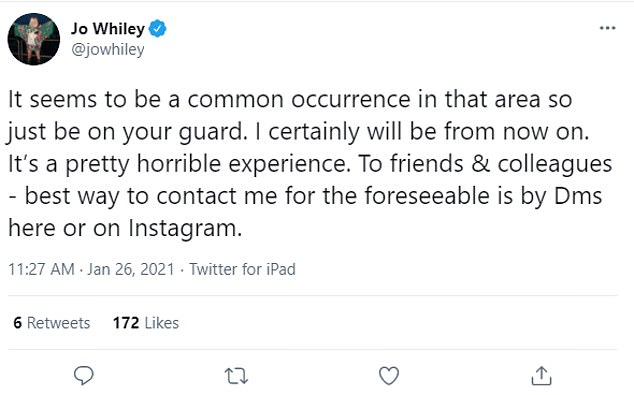 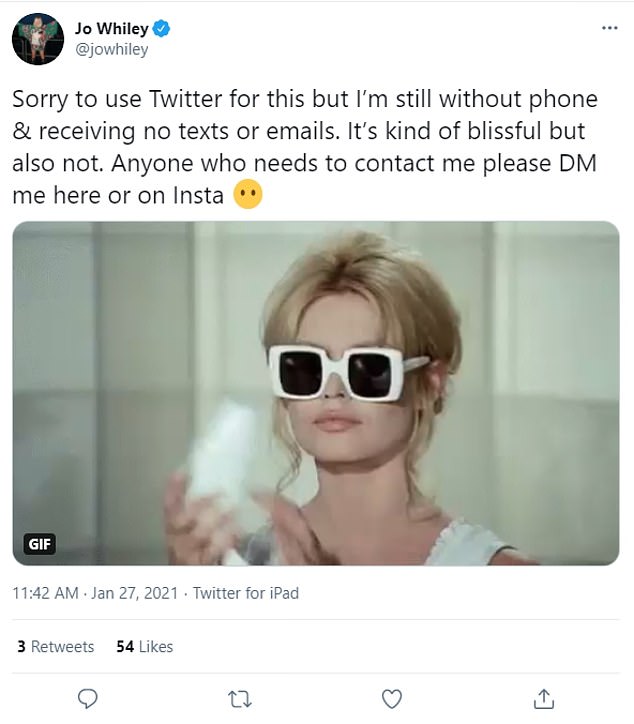 ‘I find it increasingly upsetting that there continue to be s***** crimes when everyone is going through such a tough time.’

Yesterday Whiley tweeted an update to followers following the theft.

She shared: ‘Sorry to use Twitter for this but I’m still without phone & receiving no texts or emails. It’s kind of blissful but also not.’ 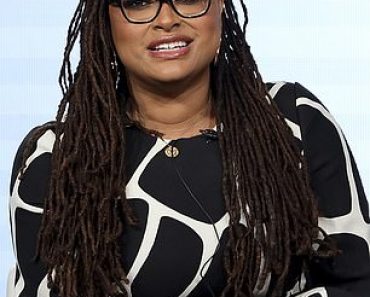 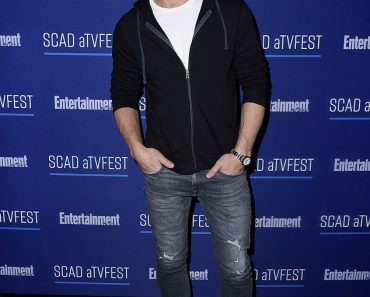 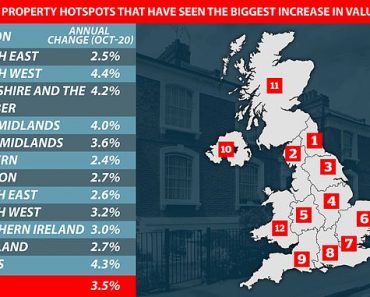 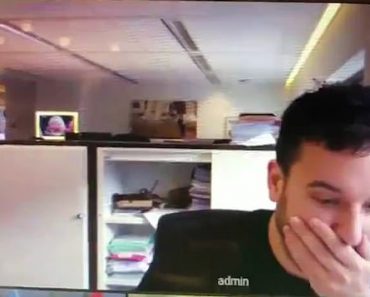 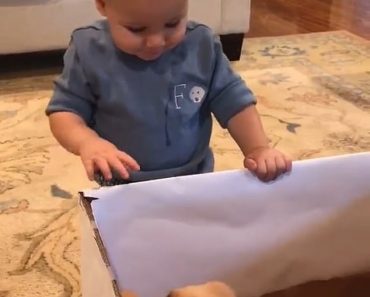