Hundreds of thousands of savers face a retirement income lottery as providers are poised to put their pension pots into a hotchpotch of ‘one-size-fits-all’ investment funds.

From tomorrow, over-55s who dip into their pension for the first time without getting financial advice – and who have not indicated a wish to manage their pension fund themselves – could have the remainder of their pot funnelled into one of four funds offered by their provider.

The move is part of a new ‘investment pathways’ experiment launched by the financial regulator. It is designed to make it easier for savers to do the right thing with pensions.

Decision time: Some experts warn the new system could lead to poorer retirements for some and cause financial harm

But some experts warn the new system could lead to poorer retirements for some and cause financial harm. Others warn that savers could be ripped off by pension providers who put their pots into expensive funds to boost their profits.

WHY IS THIS CHANGE TO YOUR NEST EGG HAPPENING NOW?

It’s understandable that many struggle to work out what to do with their hard-earned nest egg. It is not an easy task to ensure it lasts throughout retirement and offers a good yearly income. In any case, millions will not have made decisions about their pensions until this point – their retirement savings will have been invested by their employers automatically into default funds.

A very common blunder that savers make is leaving most, or all, of their pension pot in cash. Around one in three savers who dip into their pensions without taking financial advice hold all of their money in cash. While this can feel the safest option, cash loses value over time due to inflation and could lead to savers running out of money.

Former FCA boss and current Bank of England governor, Andrew Bailey, said in 2018 that anyone wanting their pension to last for 20 years could increase their annual income by over 30 per cent just by investing in a mixture of assets rather than just cash.

When over-55s raid their pension pots for the first time without financial advice, they will be questioned about what they plan to do with their money. They will be asked which of these four categories they fit into:

1. I have no plans to touch my money in the next five years;

2. I plan to use my money to set up a guaranteed income annuity within the next five years;

3. I plan to start taking my money as income within the next five years;

4. I plan to take out all my money within the next five years.

Depending on their answer, savers will have their pension funds funnelled into one of four default funds – labelled pathways 1, 2, 3 and 4. The regulator has tasked every pension firm to come up with four funds that fit the bill. So, if someone picks category one, their pension provider will suggest they move their money into pathway 1 – the most adventurous of the four. Alternatively, if they choose category four, they will be recommended to opt for pathway 4 – a cash or near cash fund. Savers will not be obliged to accept the pathway they are offered and can choose an alternative.

WHAT COULD POSSIBLY GO WRONG WITH THE PLAN?

Most experts agree there is no substitute for good financial advice in the approach to retirement – and, once retired, as savers manage their pensions and Isas.

However, many savers either do not want advice or feel they can’t afford it. Thus investment pathways are seen as an imperfect, poorer alternative, but one that will help avoid the worst pitfalls.

James Carter, head of pension products at Fidelity International, says: ‘Questions have been raised whether the initiative will help consumers to achieve optimal outcomes.

‘However, the primary purpose of investment pathways is to help non-advised customers avoid the very poorest outcomes that have been observed in parts of the market.’ But some experts believe the pathways could cause financial harm.

They argue they are simplistic and risk funnelling savers into one-size-fits-all solutions that don’t really fit anyone. Jonathan WattsLay, director of financial education provider WEALTH at work, says: ‘In theory it sounds like a good idea.

‘However, it raises many important issues. These pathways are very broad categories and while better than nothing, it is much wiser to make proactive decisions about your retirement based on your own unique circumstances.’ Anthony Morrow, co-founder of financial advice firm OpenMoney, believes pathways could leave savers worse off.

He says: ‘While anything that improves financial outcomes for people in retirement is welcomed, we need to recognise that ‘at-retirement planning’ is complicated.

‘Making a choice without taking advice, even when following a provider’s pathway, has the potential to leave you worse off in retirement.

‘By simplifying pension decisions to a limited number of routes, many people could miss out on an alternative solution which may be a better option for them.’

Another fear is that investment pathways are static while retirement plans can change. Savers may end up in funds that no longer suit their plans, which could result in their retirement funds running out too quickly.

Andrew Megson, executive chairman of My Pension Expert, believes that the pandemic has led to savers being increasingly prone to dramatic shifts in their retirement strategies.

The retirement specialist found that one in ten over-40s were forced into early retirement last year due to the impact of Covid-19.

Megson explains: ‘Many savers are having to adapt to rapidly changing circumstances while ensuring they will not struggle to make ends meet in retirement. Investment pathways are not the answer.’

The fact is that investment pathways have never been trialled in the UK. So, ultimately, they are a big experiment and the regulator intends to review the system annually.

HOW COSTS OF SCHEME VARY WILDLY

The Mail on Sunday has scrutinised the four investment pathway offerings of seven key providers – and some of our findings are troubling. Costs vary wildly.

The options offered by fund platform AJ Bell are among the most expensive. For example, savers would be charged £990 in the first year to have a £100,000 pension pot invested in its pathway 3 fund – AJ Bell Income.

However, if they put £100,000 in Aviva’s equivalent fund – Investment Pathway 3 S14 – it would cost £525. This means AJ Bell’s fund would have to significantly outperform Aviva’s pathway offering to make up for its higher fees. AJ Bell says the costs of its Pathway 3 fund are higher ‘because the underlying investments we need to invest in to generate the target income are more expensive’. 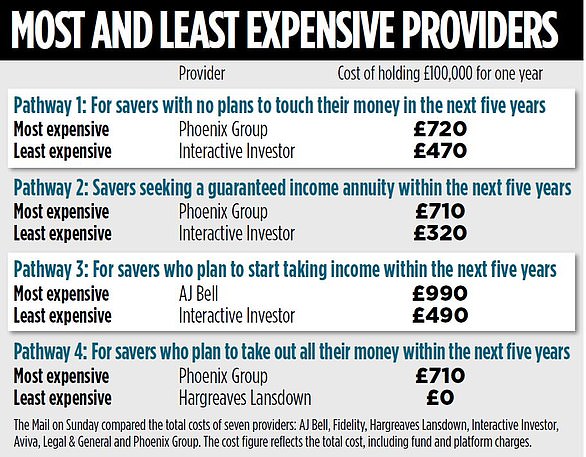 AJ Bell has been critical of the investment pathway initiative. Last October, chief executive Andy Bell wrote to the regulator warning that it ‘risks causing real and lasting consumer harm’.

He also cautioned that the pathways are a ‘mandate for pension providers to line their pockets by peddling their own in-house funds with little or no control on fund charges’.

Interestingly, while some platforms have chosen not to offer inhouse funds, AJ Bell has. Rival Hargreaves Lansdown has not picked any of its in-house funds for its four pathway options. It says: ‘We’ve chosen the funds which we believe best suit client needs for each pathway from an investment and cost perspective.’

Bella Caridade-Ferreira, chief executive of fund research house Fundscape, believes Hargreaves’ decision to offer the best funds from the whole of the market is a ‘nice turnout’. Of AJ Bell’s fees, she says: ‘Maybe the firm could bring them down a bit.’

AJ Bell says: ‘We have a structure where any economies of scale generated as a fund grows are automatically passed back to investors. So we’d expect the ongoing annual charges for our four pathway options to reduce as the funds grow.’

The regulator did not put a cap on the annual fees (platform and fund charges combined) that pension firms could charge, although it challenged them to keep them under 0.75 per cent. All bar one of the 32 pathway options examined by The Mail on Sunday pass this challenge – the exception being the pathway 3 option from AJ Bell where total annual fees amount to 0.99 per cent.

Phoenix Group’s costs hover just below 0.75 per cent for all four pathways. It says: ‘Our charge is ‘all in’ and therefore ensures customers are clear on what they are paying with no hidden extras.’ 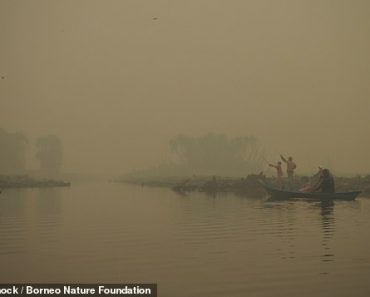 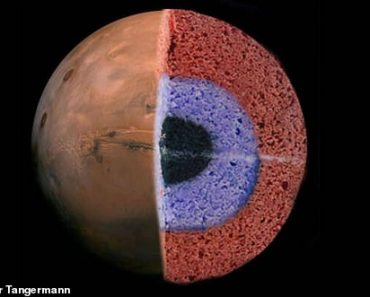 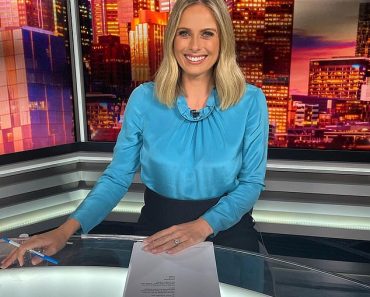 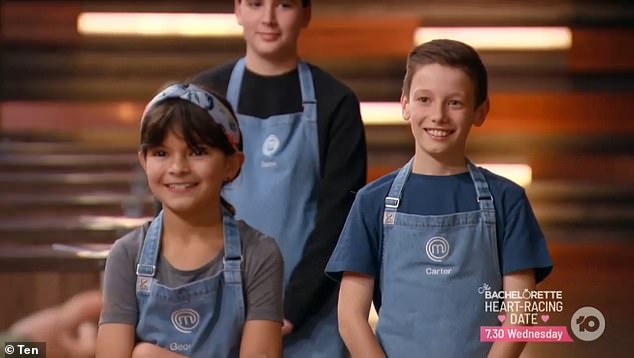 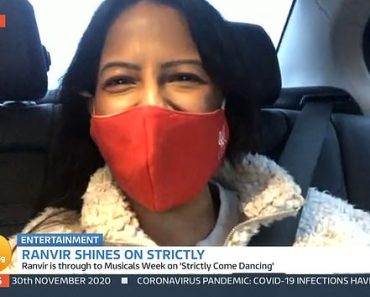