Married At First Sight fans were left baffled by Martha Kalifatidis’ glorified job title when she returned for the Grand Reunion on Sunday.

Many viewers thought ‘digital talent’ was just a pretentious way of saying ‘influencer’ – and it seems Today hosts Allison Langdon and Karl Stefanovic agree with them.

Wow: Jessika Power (right), 29, has weighed in on the ‘fancy’ job titles her Married At First Sight co-stars were given on Sunday night’s episode of the Grand Reunion, after Today hosts Ally Langdon (centre) and Karl Stefanovic (left) mocked the one Martha Kalifatidis, 32, had

‘Martha, in her job title, describes herself as a “digital talent”. Oh good grief, is that just a fancy name for an influencer?’ Allison, 41, asked.

Karl, 46, was so amused by the question he had to shield his face from the camera with a sheet of A4 paper to hide his laughter.

Jessika joked that Martha’s job title was most likely the result of the post-production team having ‘only so many ways to say “influencer”‘. 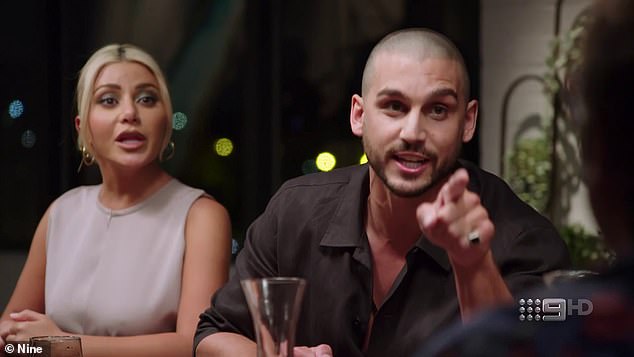 ‘Martha in her job title describes herself as a “Digital Talent”. Oh good grief, is that just a fancy name for an influencer?’ Ally asked the 29-year-old appearing on the breakfast program on Monday. Pictured: Martha with her boyfriend, Michael Brunelli

‘Look, I think there’s only so many ways you can say “influencer” for us at the moment,’ she said.

‘I just got the straight “influencer” – but, that’s, um, I guess… that’s just some editing on Channel Nine. I don’t know.’

On Sunday’s episode of the Married At First Sight Grand Reunion, Cyrell Paule hurled a glass of wine at Jessika for supposedly ‘disrespecting’ her baby son. 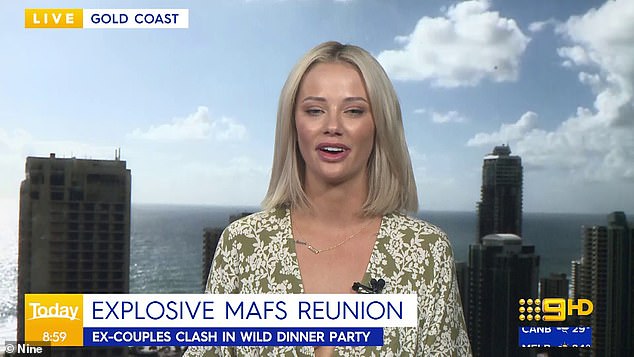 ‘There’s only so many ways you can say “influencer”‘: Jessika responded with ease as the hosts proceeded to crack up on air, with Karl attempting to hide his laughter by shielding his face from the camera with a piece of A4 paper

However, the mother of one, 31, told New Idea on Monday the pair’s feud actually stemmed from the fact Jessika once had a fling with her boyfriend, Eden Dally.

She said Jessika was bitter Eden only ever saw her as a one-night stand.

‘I’ve always said Jess is jealous. She can’t comprehend that Eden chose me and had committed to me, and that she will always be a one-night stand,’ Cyrell said. 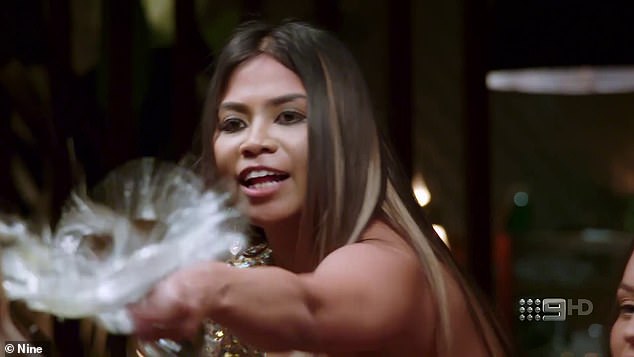 Shocking: On Sunday night’s episode of the MAFS Grand Reunion, Cyrell Paule (pictured), 31, hurled a glass of wine at Jessika for disrespecting her son

She insisted the blonde’s night of passion with Eden in early 2019 – which Jess had previously denied – was ‘absolutely meaningless’.

Cyrell and Eden began dating in March 2019 – about a month after his fling with Jessika – and the couple announced their pregnancy in August 2019.

Jessika previously described the pair’s romance as ‘fake’ and suggested they had a baby together for publicity. 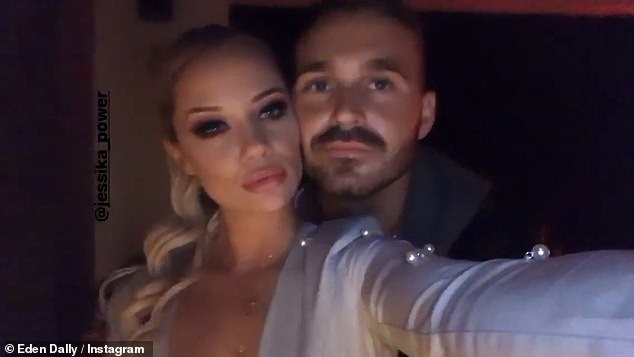 Cosy: The mother of one claimed their rivalry came from a place of envy, and Jessika (left) was bitter Eden (right) only ever saw her as a one-night stand

During Sunday’s dinner party, she acknowledged saying their relationship was a sham but denied saying anything negative about their 10-month-old son, Boston.

Cyrell was frustrated Jessika would not ‘take ownership’ of her remarks and hurled a glass of wine at her, leaving their co-stars shocked and appalled.

The Married At First Sight Grand Reunion concludes Monday at 7.30pm on Nine

Yikes: During the Married At First Sight Grand Reunion on Sunday, Cyrell confronted Jessika over what she said about her relationship with Eden. Their war of words culminated in Cyrell throwing a glass of white wine in Jessika’s face 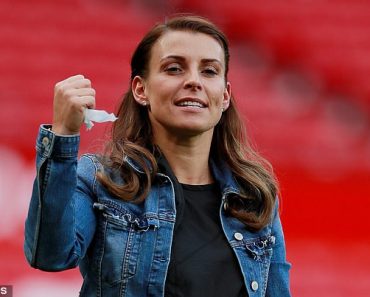 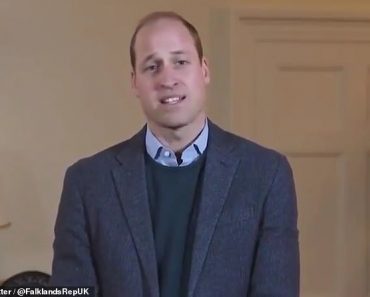 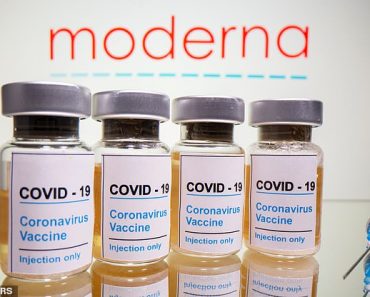 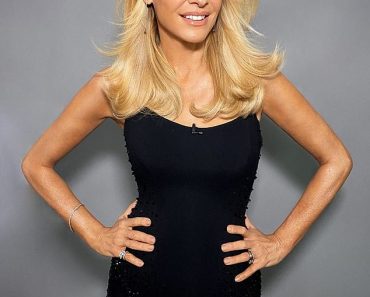 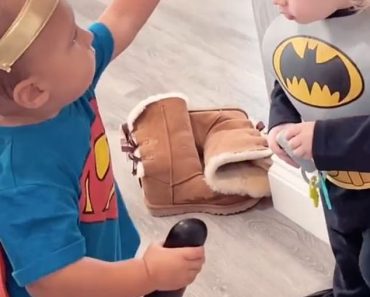