Blizzards bringing up to 16in (40cm) of snow are set to blast across a swathe of Britain this week – with yet more rain predicted for saturated parts of the country.

Forecasters warn the wintry weather will hit from 10pm tonight and could last the rest of the week – while more than 250 flood warnings and alerts are in force for England today along with a further six for Wales.

It comes after heavy downpours, strong winds and large waves battered southern England over the weekend and temperatures in Scotland dropped to -13C (9F) which made it the joint coldest night of the winter so far.

February has begun with a slew of weather warnings for much of northern England and Scotland all of the country, up until at least the end of Wednesday – but forecasters have warned snow could also fall later on this week.

The wintry blitz is predicted to arrive tonight across the northern half of the Midlands, the North West, Yorkshire and the North East. Central and northern Wales plus Northern Ireland and Scotland are also set to be hit.

The Met Office issued the warning for ice and snow from 10pm today through all of tomorrow as a weather front moves north. Sarah Kent from the Met Office said: ‘There is a risk of snow across the UK any day this week.’

Forecasters say the snow could cut off some rural communities as road closures, public-transport problems, power cuts and interruption of mobile-phone coverage are likely.

Freezing rain is also predicted. In its forecast, the Met Office said: ‘A band of rain, heavy in places, is likely to push slowly north-east. As this rain comes into contact with cold air, it is likely to turn to snow away from eastern coastal districts.’

Up to 7in (20cm) or more could fall across higher parts of northern England and Scotland.

In southern parts of England and Wales, patchy rain is expected this evening and tomorrow, with up to 1in (25mm) in the wettest places, such as the Brecon Beacons.

The rain is due to clear eastwards tomorrow morning followed by showers. But, due to the saturated ground, Miss Kent warned: ‘It won’t take much rainfall to have some impact.’

However, temperatures will hold up in southern areas and could reach a balmy 55F (13C), almost as warm as Nice in the South of France where it is forecast to be 57F (14C).

For Wednesday, a further snow warning has been issued, covering the central Pennines, where another 7in of snow could add to the drifts set to fall tomorrow.

The split between the milder South and chilly North is set to continue for the rest of the week.

On Saturday night, at Chesil Beach in Dorset the storm brought terrifying 23ft-high waves as sea and rain water poured into surrounding streets.

The Environment Agency issued a flood warning for the area, as high tides combined with the strong winds produced powerful sea spray that was flung inland.

Resident Sharon Cooper, 47, said: ‘The waves were absolutely huge and there was so much flooding. Just behind the beach there is a small car park and the water even swept one of two of the cars away. It was absolutely crazy weather.’

In Cornwall yesterday, several main roads were closed due to flooding, with marooned vehicles abandoned in the rising waters at St Erth.

Porthleven harbour was battered by huge waves while there were also reports of flooding in Devon.

The ground in many areas remains saturated and river levels high after heavy rain over the last ten days including Storm Christoph, which brought more than a month’s precipitation in just three days. 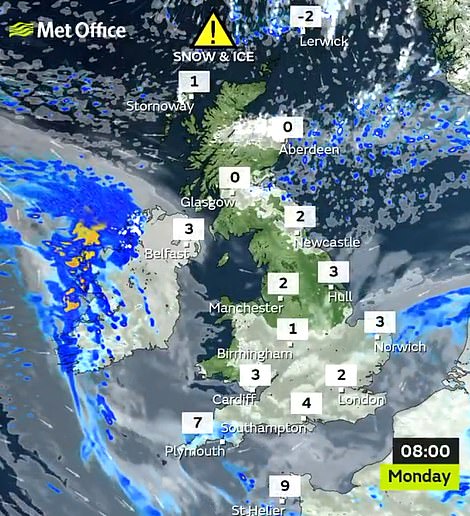 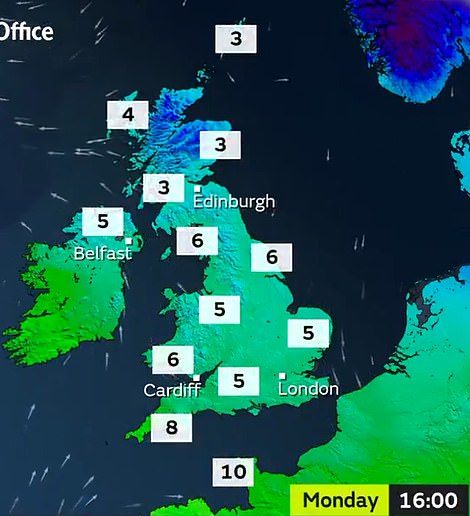 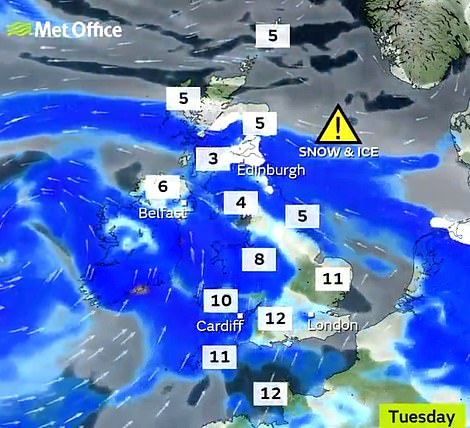 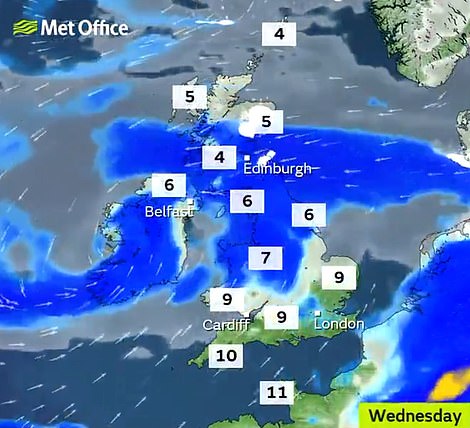 Insurance boost for flood-prone homes if protective measures are installed

By Colin Fernandez for the Daily Mail

Residents in flood-prone areas may be entitled to lower insurance premiums if they install protective measures in their homes.

Today ministers are launching a consultation into plans for householders to claim discounts if they make changes such as putting in flood barriers, air brick covers and flood-resistant coatings.

Environment Secretary George Eustice said: ‘I am determined to get more support to people hit time and again by floods. These plans aim to give households in flood-hit areas additional support to protect their properties.’

Floods minister Rebecca Pow said the proposals would give residents ‘more help to build back better and reduce the risk in the future’.

The consultation covers changes to the Flood Re scheme, a joint industry-government initiative. This aims to cut insurance costs by passing the flood-risk element to specialists Flood Re and charging a set premium to households based on council tax bands.

Another measure being considered is cutting the cheapest subsidised premium for contents insurance provided by Flood Re from £52 as a review commissioned by ministers suggests this could be too much for households on low incomes.

There were similar scenes in Henley-on-Thames, Oxfordshire, where water lapped onto the towpath, surrounding benches and approaching riverside homes.

Meanwhile in Scotland, some areas are facing snowfalls of up to 16in (40cm) this week as a band of rain from the south hits cold Scandinavian air when it crosses the Border.

The snow is expected to sweep up through the Central Belt tomorrow before delivering its biggest payload over Aberdeenshire and the wider North-East on Wednesday.

Miss Kent said: ‘I feel sorry for the gritting lorry drivers – they are going to face a very tricky job over the next few days. We are looking at the possibility of 16in of snow in the North-East on Wednesday on top of what is due to fall on Tuesday.

‘If you add these totals up, you begin to get an idea how extreme conditions are going to be. Exposed routes like the A9 are going to prove very difficult indeed.’

Saturday saw the joint coldest night of the winter so far, with a chilling -13C at Braemar, Aberdeenshire.

This equalled the low recorded at Dawyck in Peeblesshire on January 9. Among the chilliest spots yesterday was Loch Glascarnoch, near Garve, Ross-shire.

Jennie Yee-Borresen and husband Scott Borresen, originally from Australia but now living in Inverness, were out for a walk in the sunshine. Jennie said: ‘It’s absolutely stunning here and certainly colder than anything we were used to in Sydney.’

Mountain waterfalls froze solid in the deep-freeze conditions. Snow and ice warnings issued for Orkney and Shetland continue until noon today, as do alerts for Grampian and Highlands and Islands.

Here, up to four inches (10cm) of snow is likely but there is the potential for eight inches (20cm) on higher ground.

With a number of road closures possible, the Met Office warns drivers and their passengers could become stranded in their vehicles. Some rural communities could be cut off and power cuts could occur. A yellow ‘be aware’ warning continues until midnight tomorrow.

The most dramatic warning posted this year affects the Central Highlands and parts of the North-East on Wednesday. What forecasters describe as ‘significant accumulations’ of snow are expected, amounting to four to eight inches above 650ft, but as much as 16 inches could fall over the Grampians.

The Met Office warning adds: ‘This amount of snow could bring disruption to travel on the higher roads across the Southern Uplands and Grampians.’ Areas affected include Central, Tayside and Fife, Grampian, and Highlands and Islands.

Meanwhile, we are likely to discover today if Scotland has come close to setting a new sunshine record for January. The country normally gets an average of 35.61 hours of sunshine in the whole of January, but this was exceeded almost ten days before the end of the month. The Met Office is due to publish its statistics later today.

A nation of slip roads: Army of lockdown ramblers trampling over beauty spots turn paths into mudbath… and there’s more rain and snow on the way

By Kamal Sultan For The Daily Mail

These muddy quagmires may resemble battlefield scenes – but this is the trail of devastation left by an army of lockdown walkers in beauty spots across Britain.

Conservation groups fear that the sheer number of families out and about when there are so few alternative pastimes may be doing longterm damage.

Walkers refusing to wear Wellington boots or other suitable footwear may be to blame as much as the sheer numbers.

One path leading to Richmond Park in west London has been rendered virtually unusable. On Hampstead Heath in north London walkers struggled to keep their footing on the slippery mud.

A downhill trail in Leigh Woods near Bristol looked increasingly dangerous as the ground becomes more and more cut up. 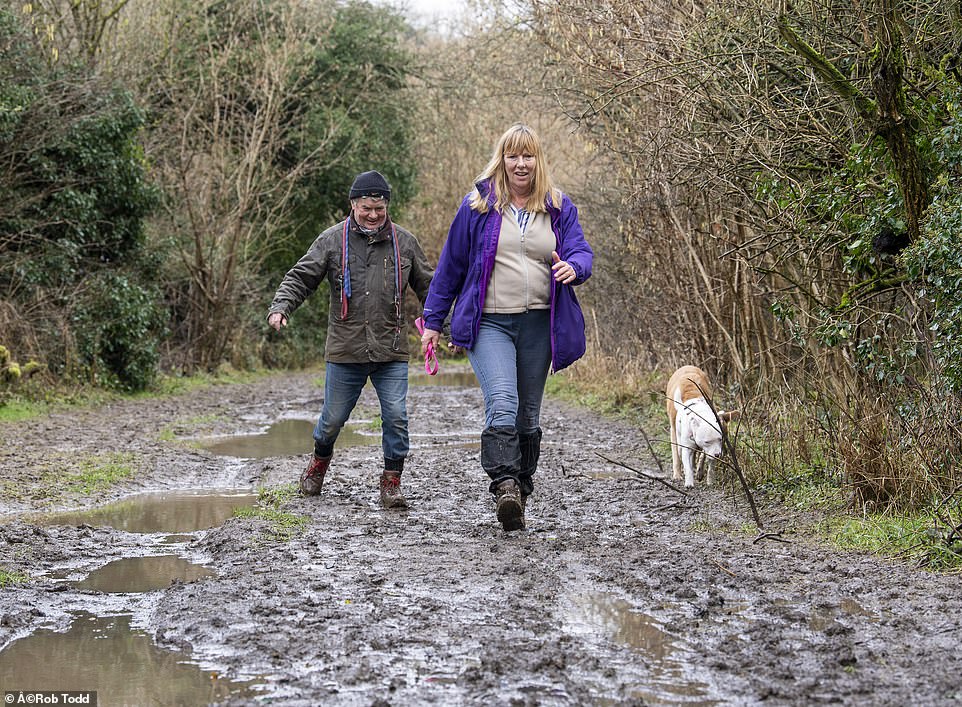 Footpaths have been turned to muddy puddles across Britain, including along the Downlands Circular walk in Surrey 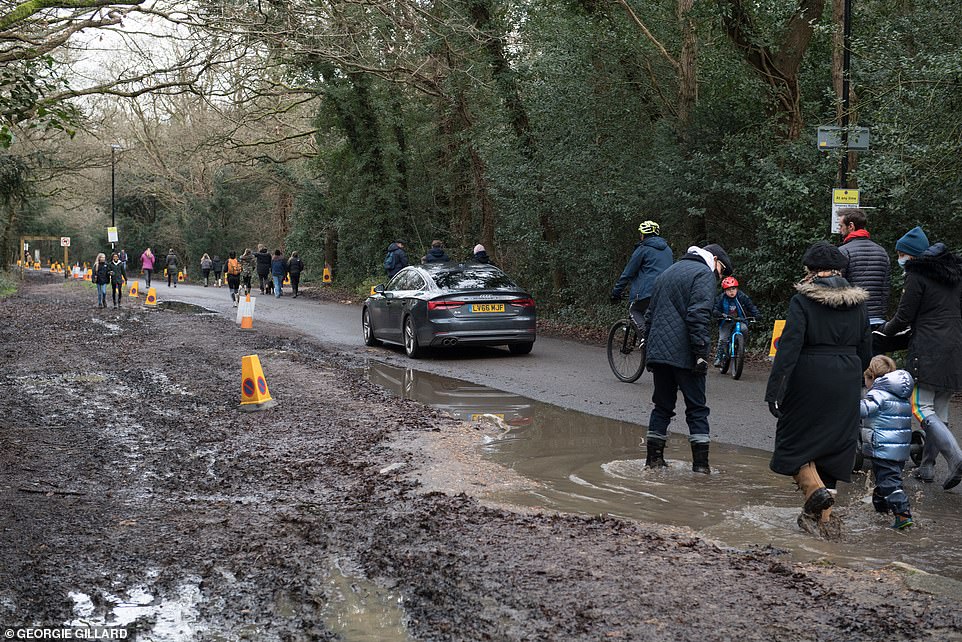 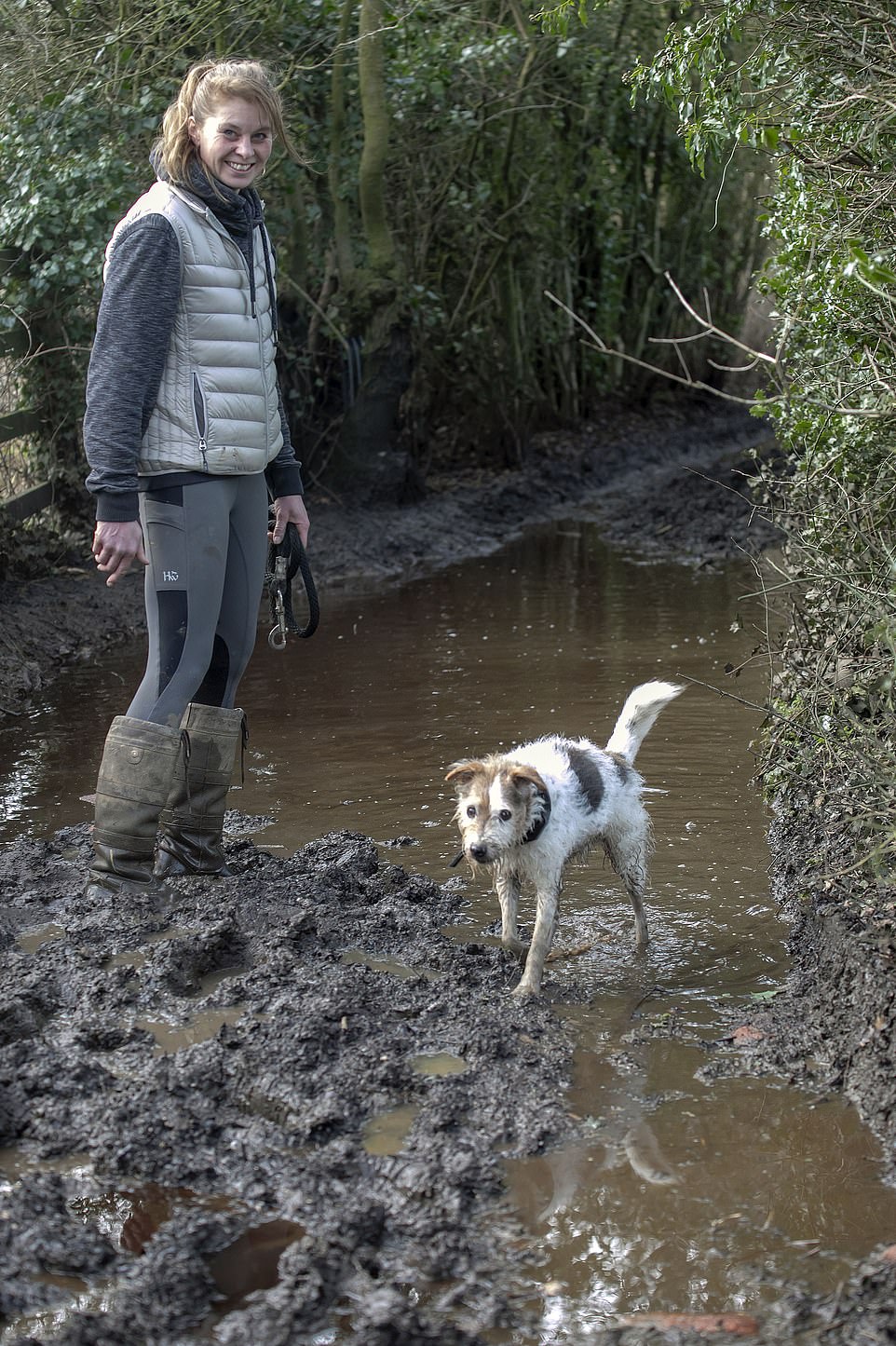 Some paths have been rendered virtually unusable, with hikers struggling to keep their footing. Bellingdon in Buckinghamshire has transformed into tough terrain for some dogwalkers too

Paths in the 120-acre national nature reserve have widened from two metres to 12 metres as walkers ignore the designated footpaths to avoid the mud.

The site, which was first inhabited by humans more than 2,300 years ago, saw double the number of visitors in 2020 compared to 2019.

In Bellingdon in Buckinghamshire, a dog and its owner had to wade through deep puddles left in the torn-up ground.

The devastation caused by unprecedented numbers of visitors is also clear to see on Dunwich Heath, a Suffolk beach where military exercises were conducted in 1943 to prepare for the D-Day landings.

Experts say the negative impact lockdown walkers are having on nature hotspots could be visible over the next few months into spring.

The National Trust is asking for people to wear the correct footwear and ‘savour the squelch’ of muddy paths instead of walking across the grass to prevent further damage to the environment. 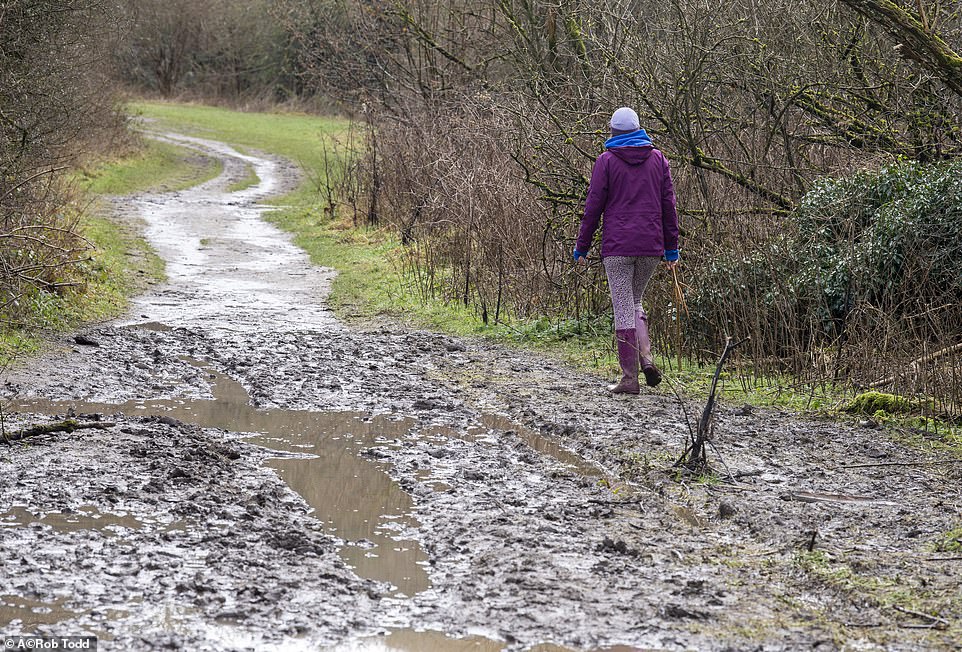 With more rain set to lash the South, walkers are already struggling to contend with muddy conditions along the Downlands Circular walk in Surrey 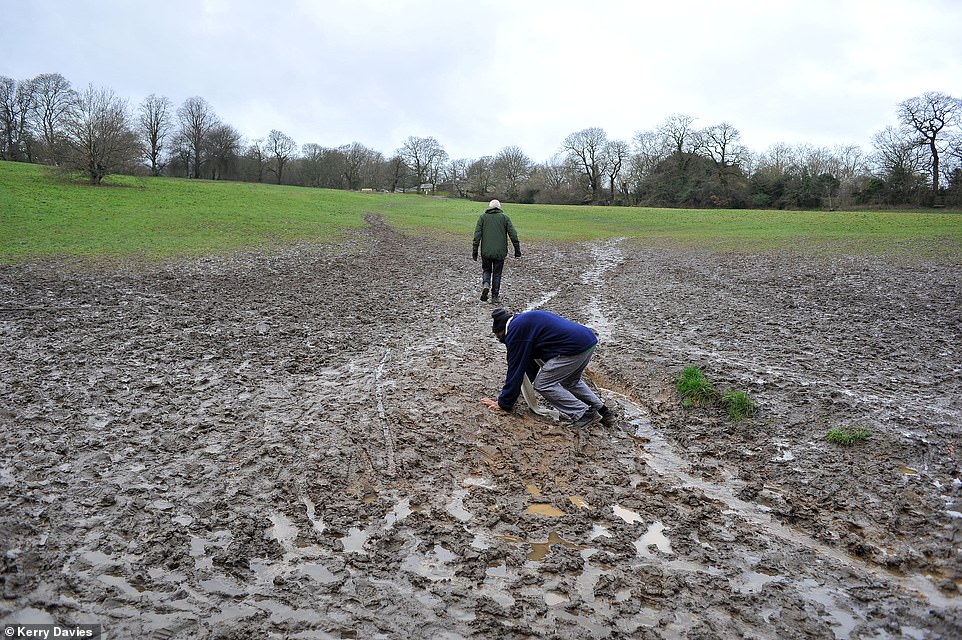 Even experienced walkers have been struggling to cope with the conditions in Hampstead Heath, as the National Trust urges people to avoid walking on the grass and instead use designated footpaths 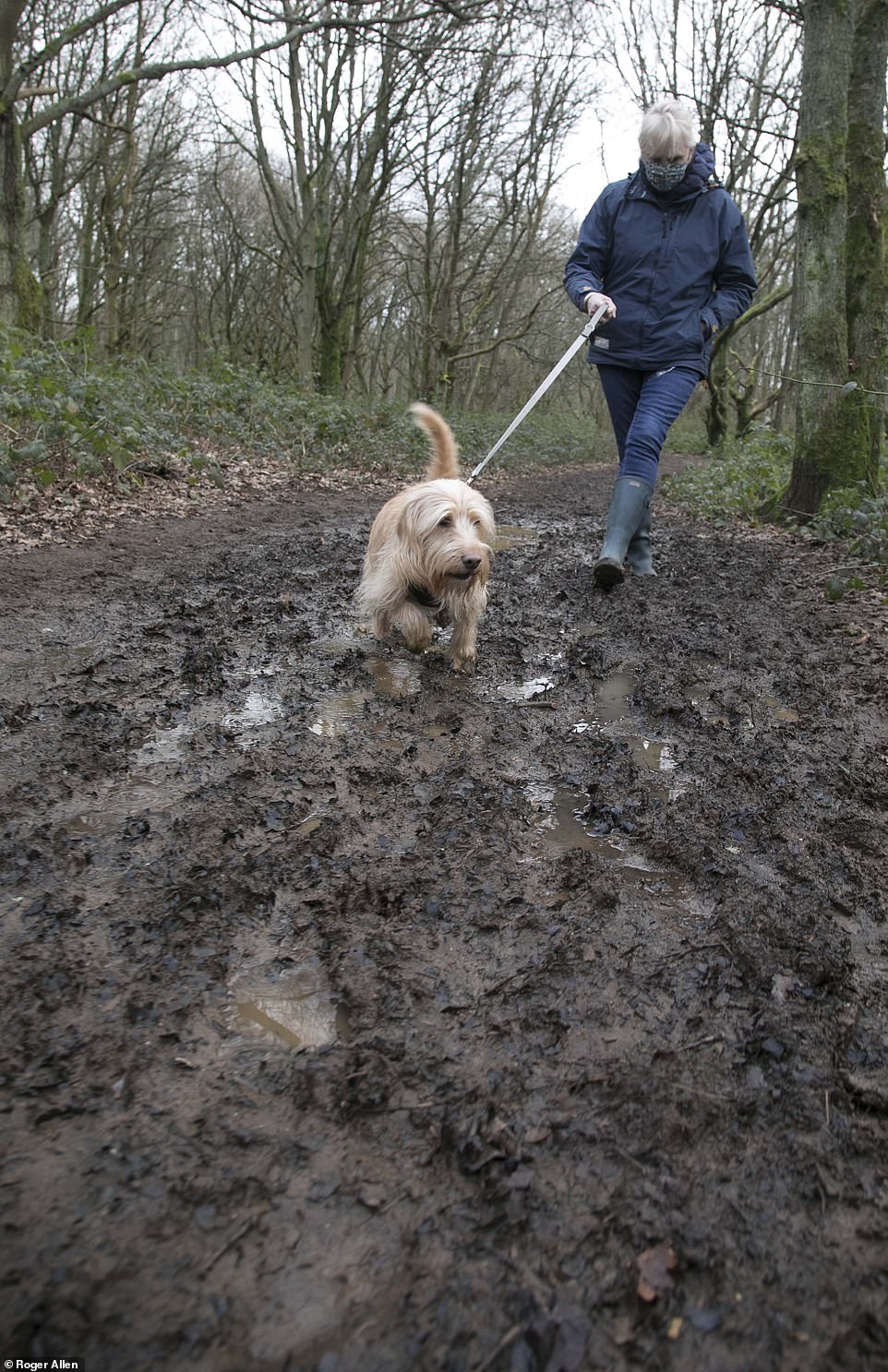 Rob Rhodes, head of countryside management at the charity, said: ‘We would encourage everyone enjoying some time outside to be aware of where they are walking or exercising and to help look after nature by sticking to paths.

‘This is a particularly difficult time of year to maintain pathways due to the wet and winter weather – but we need people’s help to ensure paths don’t widen any further and to prevent damage to the surrounding landscape as this could have a harmful impact on nature over the next few months particularly when we get into spring.

‘Our simple advice is to ‘savour the squelch’! Even if a pathway is muddy – stick to the path rather than seeking out grassy areas. Wear the appropriate footwear, stick to the original path and during the pandemic, to ensure safe and social distancing.’

A Defra spokesman said: ‘The Countryside Code is there to protect people, property and habitats – and we urge people to follow the guidance and respect the communities and environment that make up our country.

‘Our ‘Respect, Protect, Enjoy’ principles encourage visitors to protect our outdoor spaces for everyone to enjoy.’ 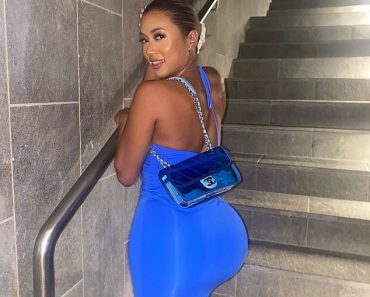 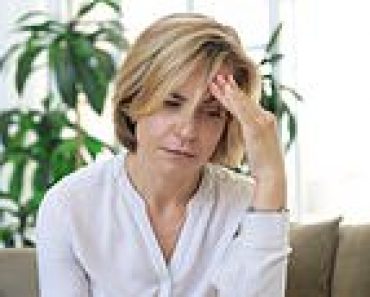 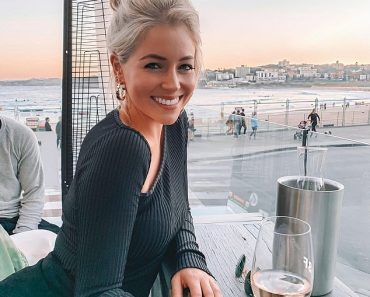 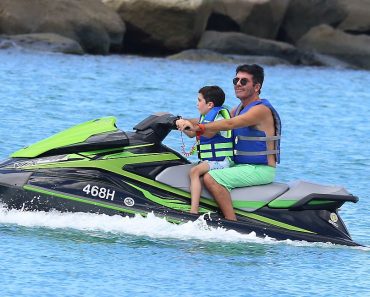 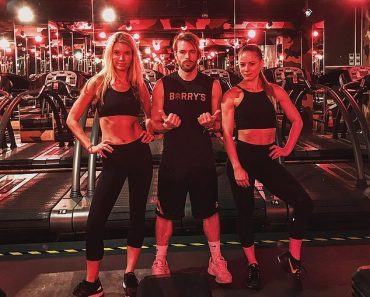