She’s been romantically linked to stars such as Pete Davidson and Jacob Elordi.

But Kaia Gerber was just paling around on Monday, seen out walking her dog with a male friend in Malibu, California.

The stunning brunette, 19, was dressed in a black hoodie and high waisted blue leggings.

Who’s he: Kaia Gerber was seen with a friend on Monday while she was out walking her dog in Malibu

She tucked her leggings into white ankle socks and strutted along in bright white sneakers.

The model daughter of Cindy Crawford wore her shoulder length brown hair in a half ponytail.

Kaia had on a black face mask that was pulled down beneath her mouth onto her chin.

Her companion for the outing was also dressed in athletic garb, consisting of a black fleece top and matching shorts.

He too wore white socks, and Nike sneakers with black laces. 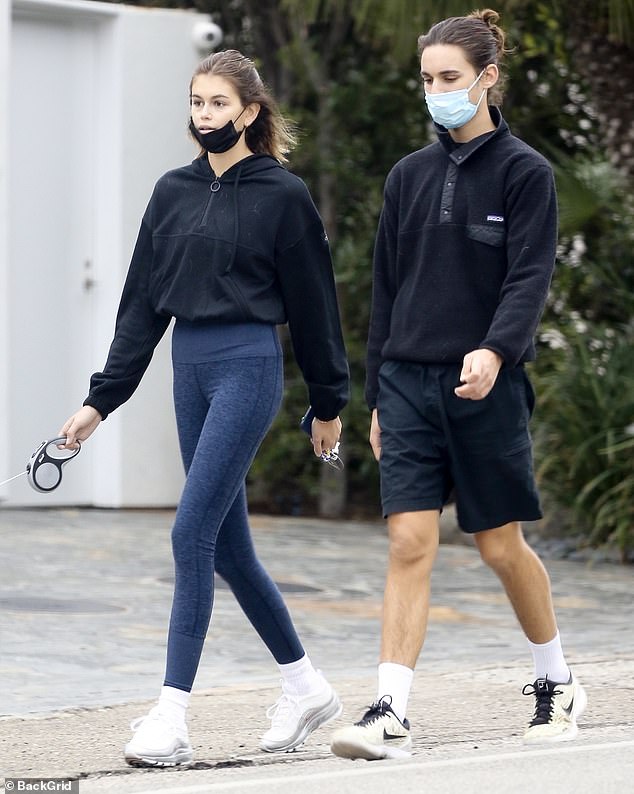 Twinning: The stunning brunette, 19, was dressed in a black hoodie and high waisted blue leggings, with her friend twinning her with a dark top and similar long brown hair 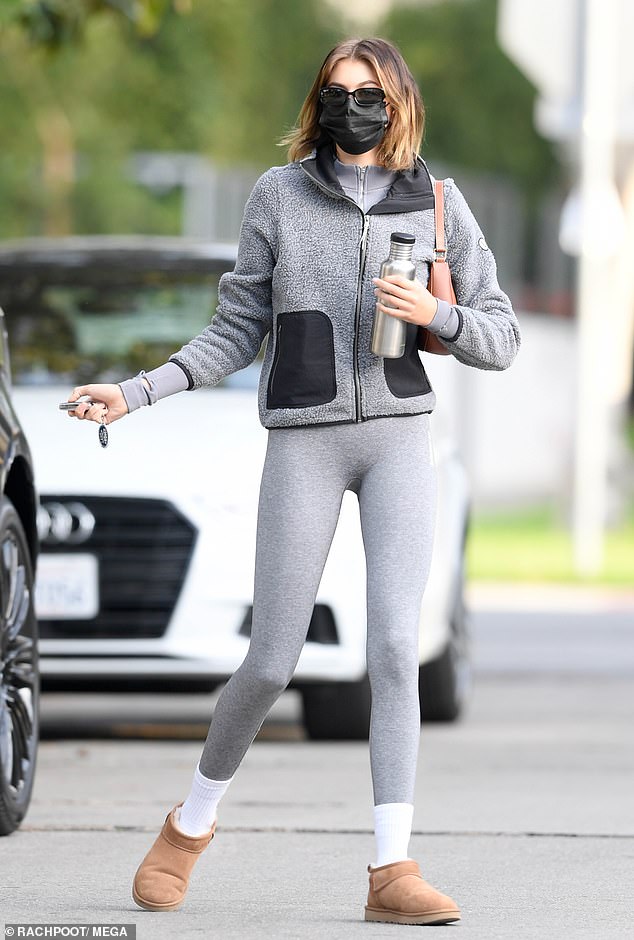 Seen last week: Kaia is often seen out and about in her neighborhood dressed in athleisure wear on her way to workout sessions like Pilates class

Kaia’s friend had long brown hair of a similar shade to Gerber’s, which he tied up in a bun at the back of his head.

He kept his standard light blue face mask secure over his mouth and nose.

Kaia is often seen out and about in her neighborhood dressed in athleisure wear on her way to workout sessions like Pilates class.

Since 2019, she sparked dating rumors first with Davidson, the SNL star, and then Euphoria actor Elordi. 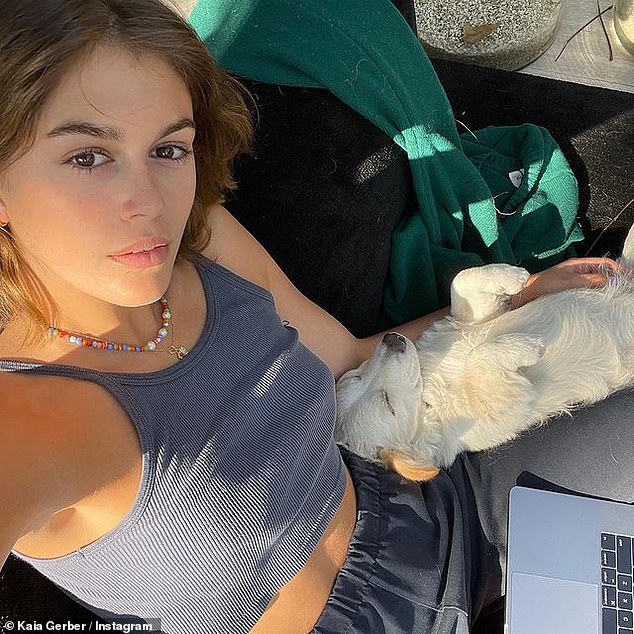 Seen on Instagram: Since 2019, themodel has sparked dating rumors first with Pete Davidson, the SNL star, and then Euphoria actor Jacob Elordi

While Gerber’s dalliance with Davidson was relatively short-lived and drama-filled, she is apparently still dating her actor boyfriend Elordi.

The pair confirmed their romance in October, by posting photos of themselves sharing a kiss in their Halloween costumes to their respective Instagram pages. 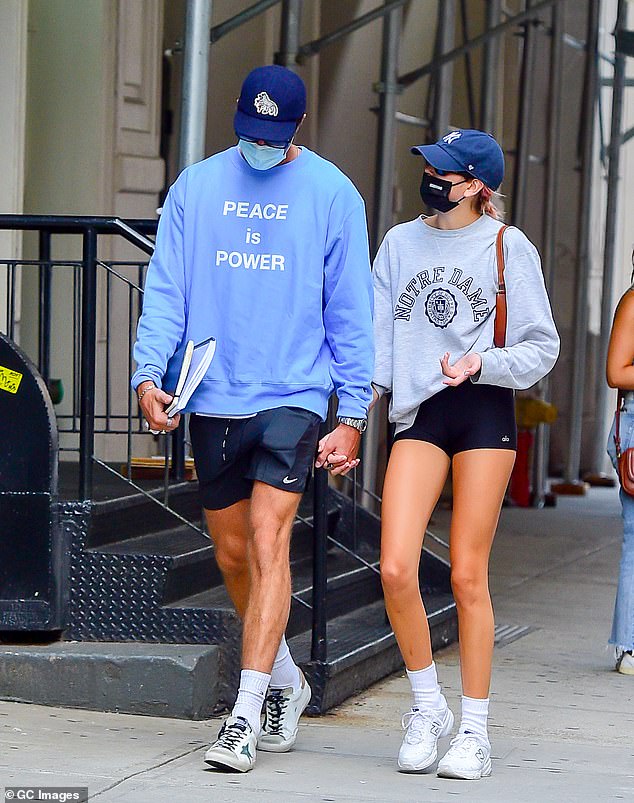 She is apparently still dating her actor boyfriend Elordi: The couple was also spotted holding hands in New York City in September 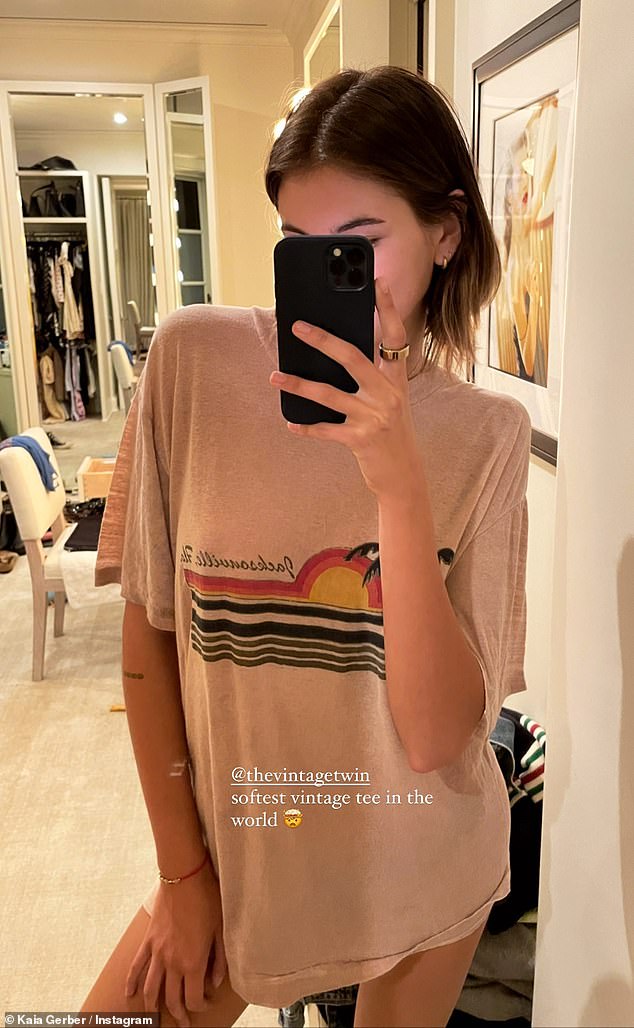 Later on Monday: Kaia added this pantsless selfie to her Instagram story 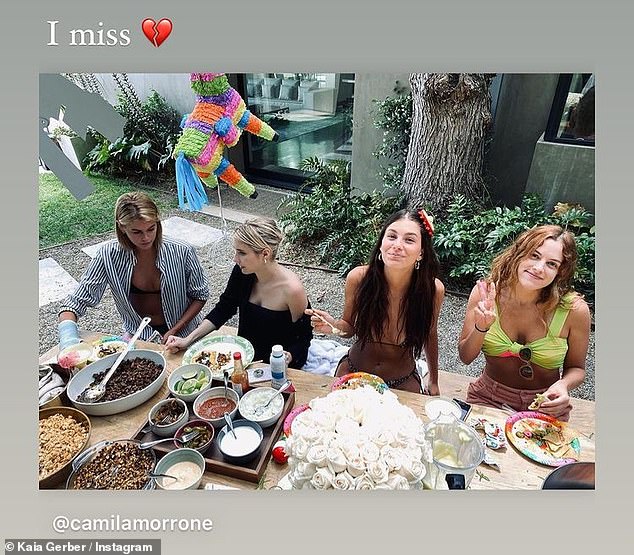 Missing friends: She also got nostalgic and reposted a throwback snap hanging out with pals, including Leonardo DiCaprio’s actress girlfriend Camila Morrone, who initially posted, along with Riley Keough and Emma Roberts 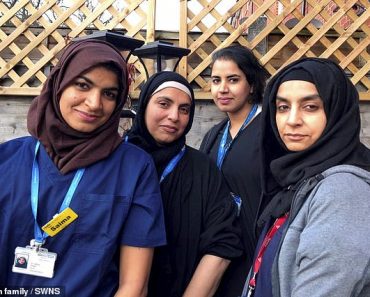 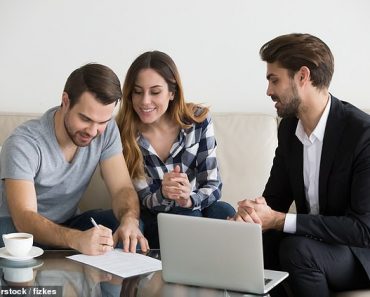 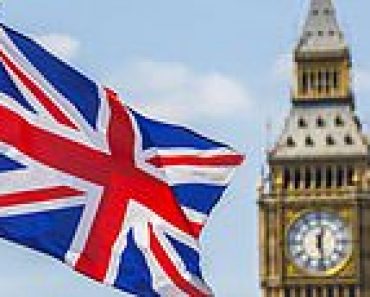 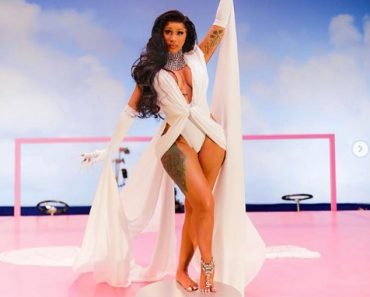 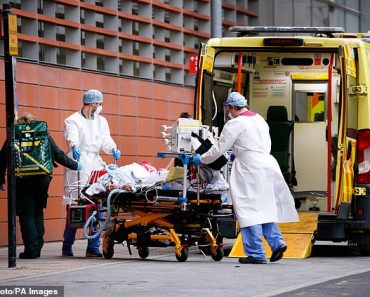 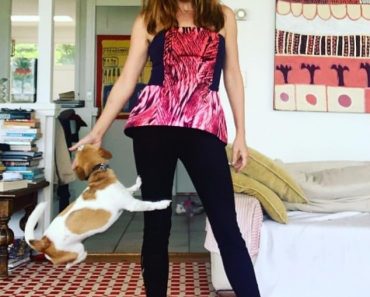