Speaking to Daily Mail Australia exclusively on Wednesday, Tracey, 37, revealed: ‘I’m over the moon,  I wasn’t expecting it before the baby.’

‘We were going to get engaged at some point, but I thought, you know with the bub coming it would happen later in the year, not before he arrived.’

While shocked, Tracey revealed she had been dropping hints over the last year.

‘I definitely have screenshot a lot of rings I like and would would message them through… he was definitely taking notes,’ she said.

Nathan ended up popping the question with a ‘beautiful 1 carat solitaire’.

‘It’s very elegant and classy. It’s very me, so he certainly gets points for that.’ 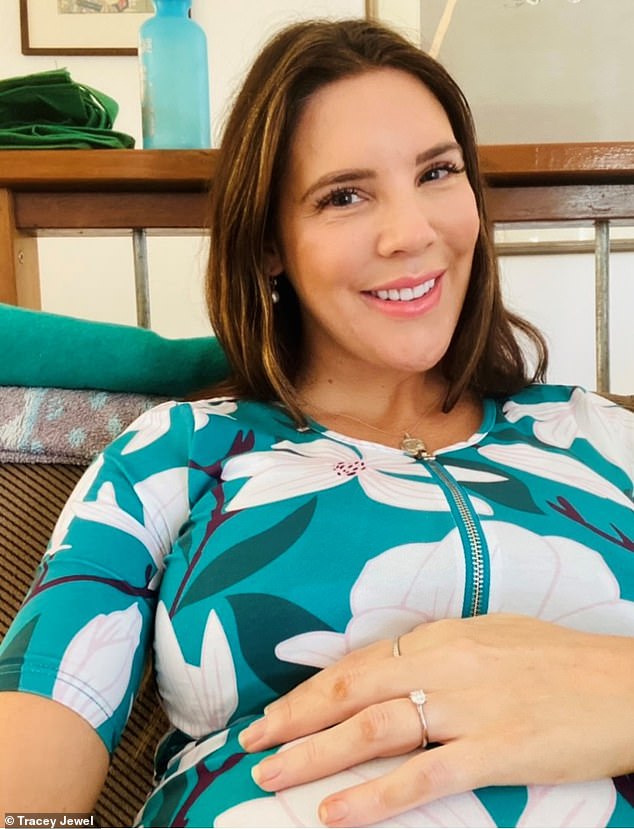 Glorious: ‘I’m over the moon, we are engaged!’ Tracey, 37, told Daily Mail Australia on Wednesday

The marketing consultant explained that he popped the question while they were enjoying some time in Denmark, four hours away from Perth, while visiting Nate’s parents.

‘It was so great to be able to share the news with Nate’s father because he doesn’t travel to Perth much,’ added Tracey.

‘Being my impatient self, I couldn’t want to get back so I called my mum and dad to share the news.’ 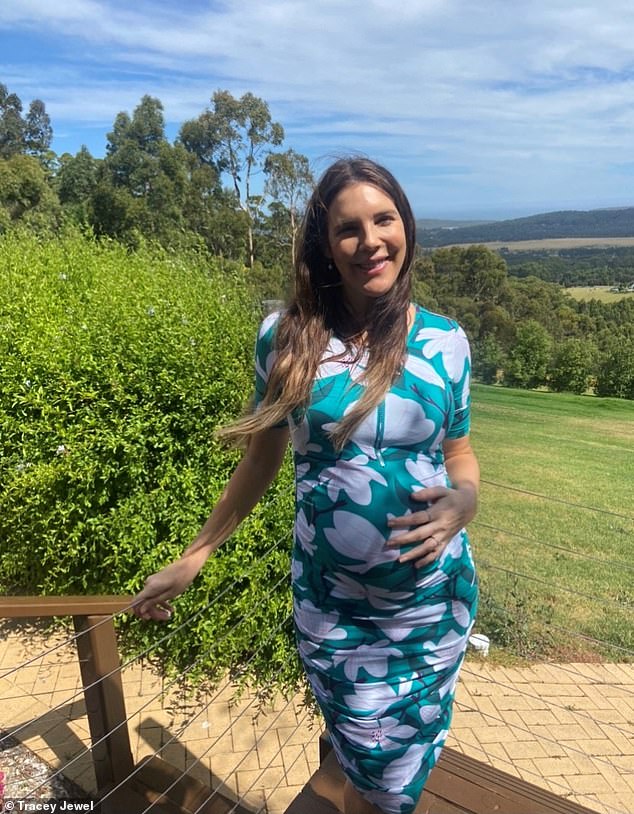 Surprise! ‘We were going to get engaged at some point, but I thought, you know with the bub coming it would happen later in the year, not before he arrived,’ she said

Tracey explained with COVID-19 restrictions currently in place, she is planning on hosting an intimate wedding.

‘Regardless of when the wedding is, it’s not going to be a big hoo-ha.’

When asked if any of her MAFS co-stars will be invited to her wedding, she said: ‘Maybe, you know that Gabrielle Bartlett is a marriage celebrant now… that would be funny. I love her to bits.’ 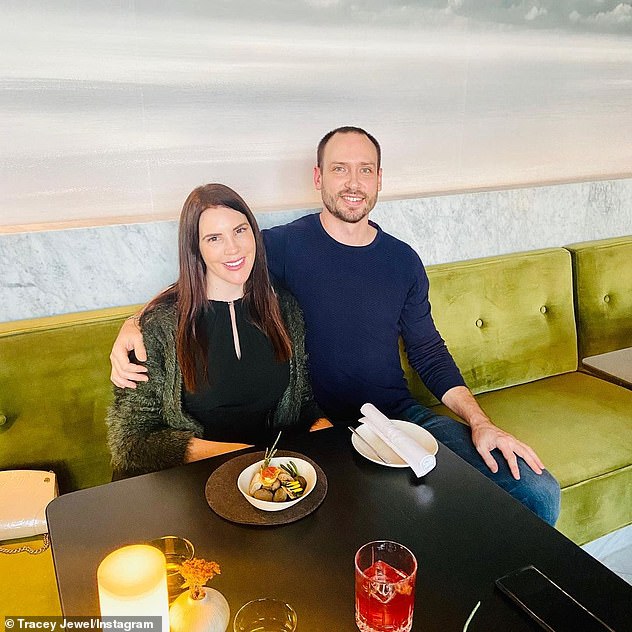 Big news: The wellness entrepreneur, who is already a mother to 10-year-old daughter Grace, announced her baby joy with Nathan on September 19

The wellness entrepreneur, who is already a mother to 10-year-old daughter Grace, announced her baby joy with Nathan on September 19.

‘We’re having a baby! We are so happy to share our beautiful news with everyone,’ she wrote on Instagram.

‘My daughter Grace is going to be an amazing big sister and I’m so so grateful to be experiencing pregnancy and motherhood again with my love Nate x.’

Tracey rose to fame in 2018 thanks to her ill-fated union with Dean Wells on Channel Nine’s Married At First Sight. 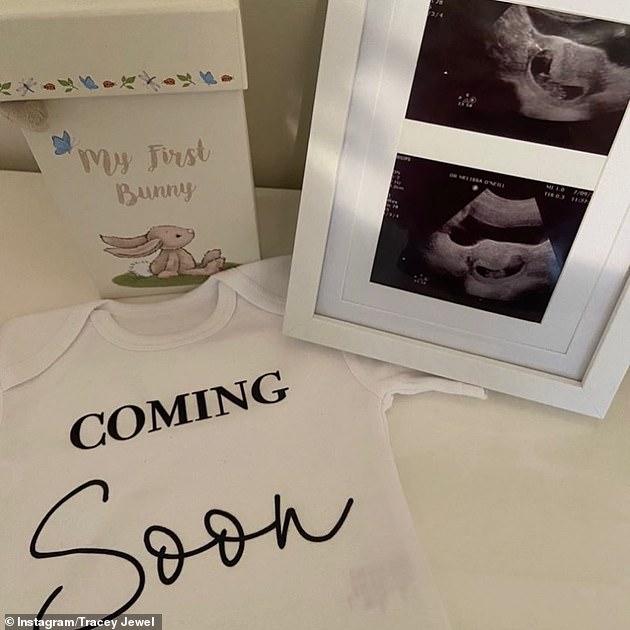 New addition! Tracey uploaded  a picture of her unborn child’s sonogram to announce her pregnancy in September 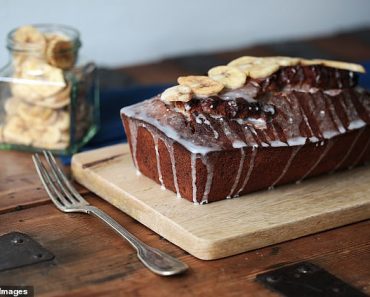 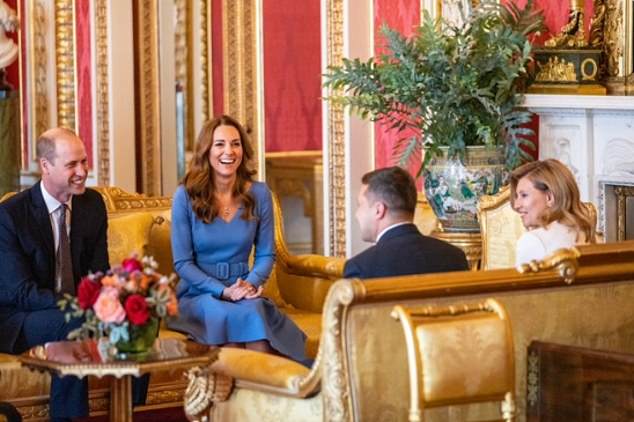 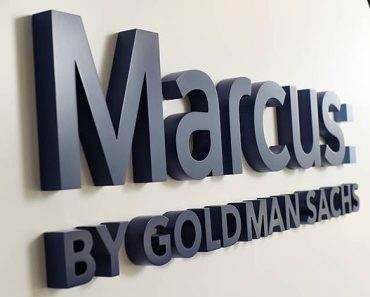 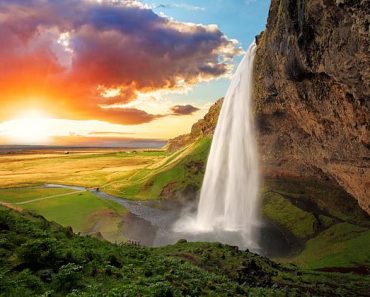 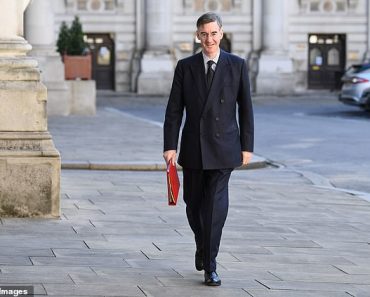