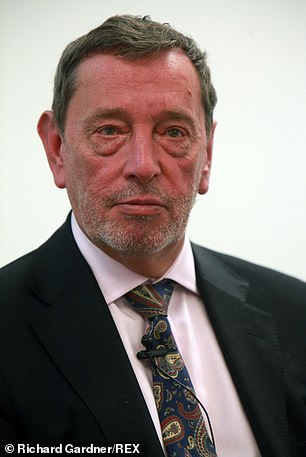 All of the sacrifices during the past months have been about protecting the elderly and vulnerable in our society from the ravages of Covid.

The country has united behind the slogan ‘Stay home. Protect the NHS. Save Lives!’

Today it is time to protect our children — and, most of all, the children from the poorest and most disadvantaged families in Britain.

Protecting their future, their education and their physical and mental health is paramount.

Our brilliant care workers have been on the front line for 12 months. Now it is the turn of the teachers to step forward and save the children, by embarking on a full return to teaching in schools on March 8.

There is no disagreement between the political parties on this issue. Practically the only thing that unites Prime Minister Boris Johnson and Labour leader Keir Starmer right now is their determination to see the school gates reopen as soon as possible.

They both know, as we all do, that nothing is more crucial for this country.

That is what makes the teaching unions’ decision to fight to block this return and to keep the classrooms closed for longer so inexplicable: it will cause untold potential damage to millions of young lives.

And it will not be the well-off, well-educated families who will lose out if we fail to act. Their children are often in well-funded schools offering something close to a full-time curriculum online. Preventing children from getting an education by refusing to return to the classroom will punish some of the most vulnerable children in the country and have a deeply damaging effect on social mobility. That is why the continued opposition of the teaching unions to the reopening of schools is both destructive and wrong.

I know the vast majority of teachers are desperate to get back into the classroom. For their unions to attempt to prevent that is a betrayal of the teachers as much as the children.

There are few of us who did not experience or at least hear about inspirational teachers when we were growing up. Their importance to the lives of individuals and the lifeblood of our country cannot be overstated. 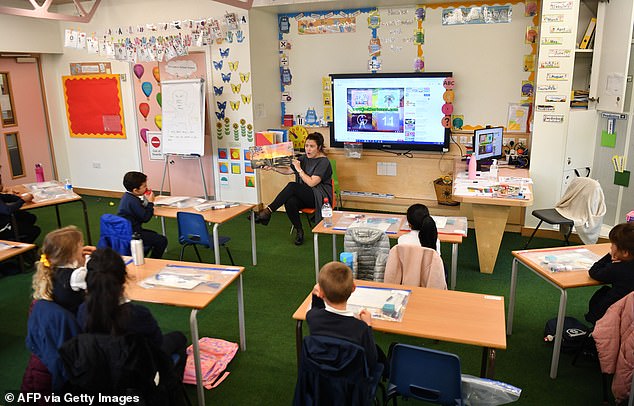 Today it is time to protect our children — and, most of all, the children from the poorest and most disadvantaged families in Britain (stock image)

Anyone who doubts that had only to watch Britain’s biggest entertainment show, Ant And Dec’s Saturday Night Takeaway, as it returned at the weekend.

A large segment was devoted to celebrating the work of one Wigan teacher, Mrs Kath Crawley, from St Thomas’ Primary School in Ashton-in-Makerfield, who is retiring after 30 years. Hundreds of her former pupils got together to organise anonymous treats and surprises for their beloved ‘Miss’.

Education now really does have to be the nation’s top priority — and it’s clear that Mail readers agree.

Your support for efforts to sustain some form of learning and lessen the gap between the ‘haves’ and the ‘have nots’ has been demonstrated by your magnificent response to the Mail Force campaign to provide laptops and improved connectivity for children working from home. Without that generosity, lessons during the past few weeks would have been practically impossible for many pupils, especially those whose families have been hardest hit financially by the coronavirus pandemic.

The computers and software made available by your donations will continue to be invaluable. But there is never any real substitute for face-to-face learning. Technology can only do so much: it’s the human presence that makes the difference.

Most teachers are currently juggling two or even three teaching methods. The children of key workers and others who are especially vulnerable are still going to school. They have to be taught in the classroom. 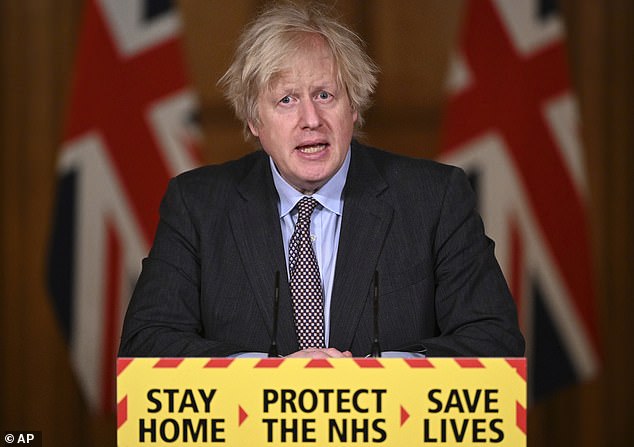 There is no disagreement between the political parties on this issue. Practically the only thing that unites Prime Minister Boris Johnson (pictured) and Labour leader Keir Starmer right now is their determination to see the school gates reopen as soon as possible

Simultaneously, lessons have to be devised and delivered to all the millions of youngsters learning remotely at home. That poses enormous logistical and emotional challenges, and is clearly exhausting.

And don’t forget that teachers are often parents themselves, and many are trying to educate their own children at home. It’s an impossible situation that must not be allowed to continue for a moment longer than is absolutely necessary.

And so I was deeply saddened to read the statement by a trade union leader called Richard Bettsworth, of the Association Of School And College Leaders, who claimed to be ‘committed to bringing all children and young people back into the classroom as soon as possible’ — and then, almost in the next breath, added: ‘This would seem a reckless course of action. It could trigger another spike in Covid infections . . . and risk throwing away the hard-won progress.’

He went on to suggest that reopening schools should not even be contemplated in the foreseeable future: ‘This is not a small easing of lockdown restrictions. It is a massive step.’

Anyone who takes this view has failed to understand that the very purpose of mass vaccination was to enable a return to some form of normality as quickly and safely as possible, starting with our children returning to their classrooms.

Last year, when leaders of the National Education Union were taking every step — including the threat of strike action — to delay the reopening of schools, I was deeply concerned that education was becoming a political issue, and that children would be caught in the middle. 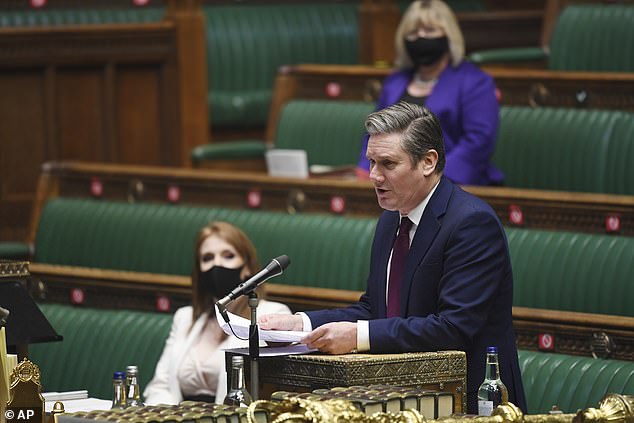 They both know, as we all do, that nothing is more crucial for this country. That is what makes the teaching unions’ decision to fight to block this return and to keep the classrooms closed for longer so inexplicable: it will cause untold potential damage to millions of young lives

It seemed by the end of the year that we had resolved that tension, and at the start of 2021 everyone was excited at the prospect of getting the schools back to normal.

And then came the sudden third wave of Covid, and the reimposition of lockdown on Tuesday, January 5 — one day after schools had reopened. If we were prepared to open schools in January, there is no reason to delay their reopening beyond March 8, given that upwards of 20 million people will have been vaccinated by then.

The pandemic has been a dire experience, and I honestly believe it has affected our children worst of all. Many feel that their future dreams are evaporating before their eyes.

According to disturbing figures released by the British Journal of Psychiatry, about one in four children has self-harmed in the past year. The Millennium Cohort Study also found that 7 per cent of children have attempted suicide by the age of 17.

The impact of lockdown and loneliness, the stress of learning from home, uncertainty over education and future jobs and the forced separation from friends all play a major role in these terrible statistics.

Schools are the greatest lifeline that we can offer our children. We’ve thrown everything we have at defeating the virus. Now we need a new slogan: ‘Save lives. Save futures. Open the schools.’