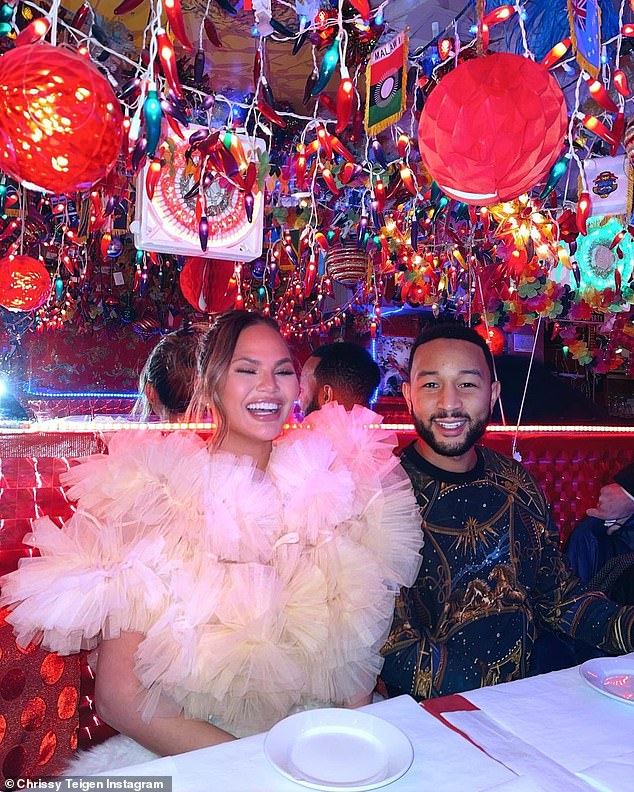 Chrissy Teigen is giving back to the community the best way she knows how — through food.

On Saturday the Cravings founder and husband John Legend found themselves in New York City where they rented out a struggling restaurant in the Lower East Side called Panna II for date night.

Getting a bit playful among the establishment’s extravagant light decorations, Teigen let loose while dining in a very couture Versace top.

Date night: Chrissy Teigen and John Legend rent out a struggling NYC establishment for date night as she gets playful in Versace over Indian food

Teigen had no qualms about dining indoor at the cherished establishment that features year-round Christmas lights and other ornaments hanging from the ceiling.

She tried to put her followers at ease as she wrote ‘we rented out this restaurant and supported this lovely lower east side establishment!’

New York has reopened indoor dining at no more than 35% capacity, and LA may be following suit as early as next week.

Modern Family’s Sarah Hyland commented that she grew up around the corner from the place, and Joe Jonas wife Sophie Turner wrote, ‘The BEST food.’ 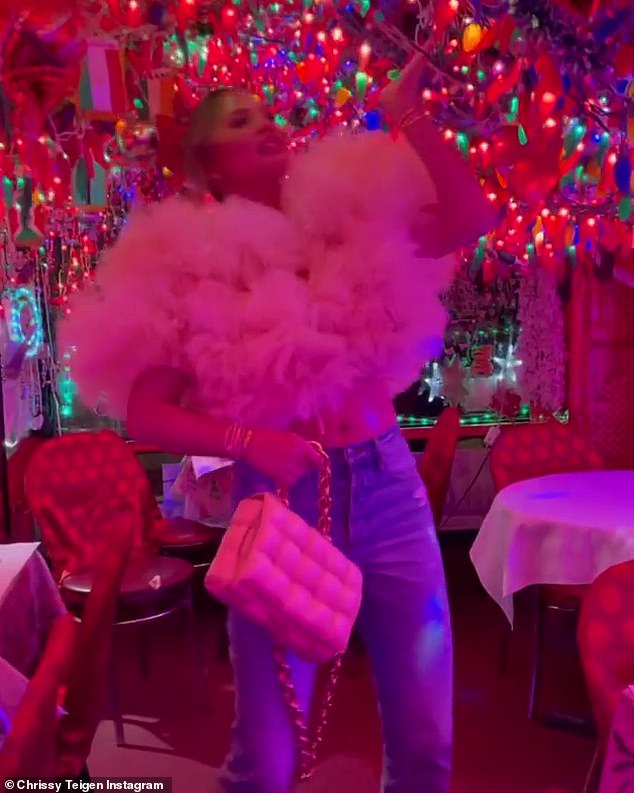 Careful! The pristine Versace garment looked to be a risky choice given the nature of the sometimes messy meal

Many thanked her for supporting the East Village gem that is on the brink of closing, one follower writing ‘did you save it?’ and another writing ‘help keep them open.’

Panna II had taken over the neighboring Indian-Bangladeshi space called Milon which was not able to re-open after the shutdown in March according to the EV Grieve.  — just one of many businesses affected by the COVID-19 pandemic.

While dining with her husband Teigen sported a cream-colored puffy tulle top — a risky choice given the nature of the meal — and a pair of skinny jeans with heels.

Feeling playful: The always humorous Cravings founder stiffly danced to Indian music as she joked ‘an honor to walk in the versace show thank you for having me!!!’ 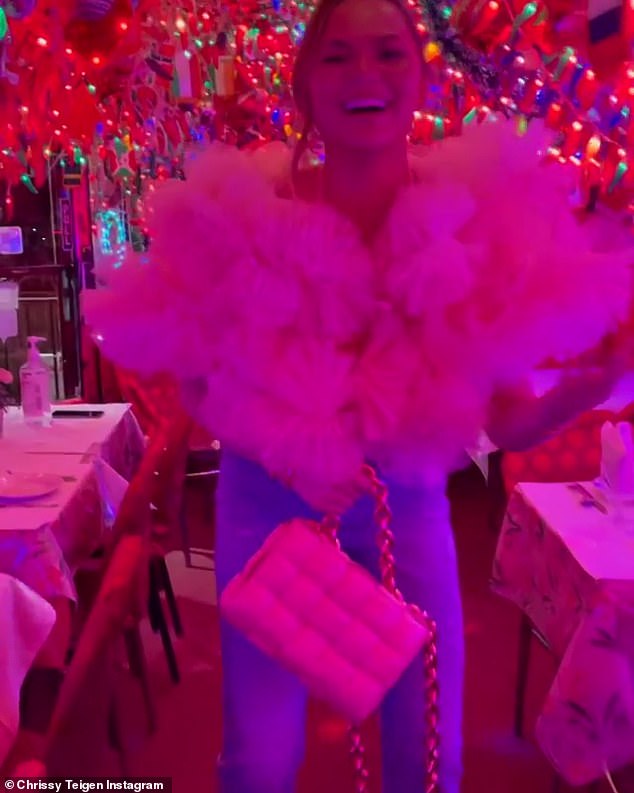 Dressed to impress: She looked very glamorous while dining as she recorded their restaurant outing on social media

She was seen stiffly dancing to Indian music as she joked that it was ‘an honor to walk in the versace show thank you for having me!!!’

At one point Teigen was seen balancing a spoon on her nose as she showed off her talent to the camera.

Chrissy recorded a video of she and John as she moved her shoulders to the beat of the music.

Their kids Luna, four, and Miles, two, seemed to be back at their penthouse apartment which the couple purchased last spring for $7.7M. 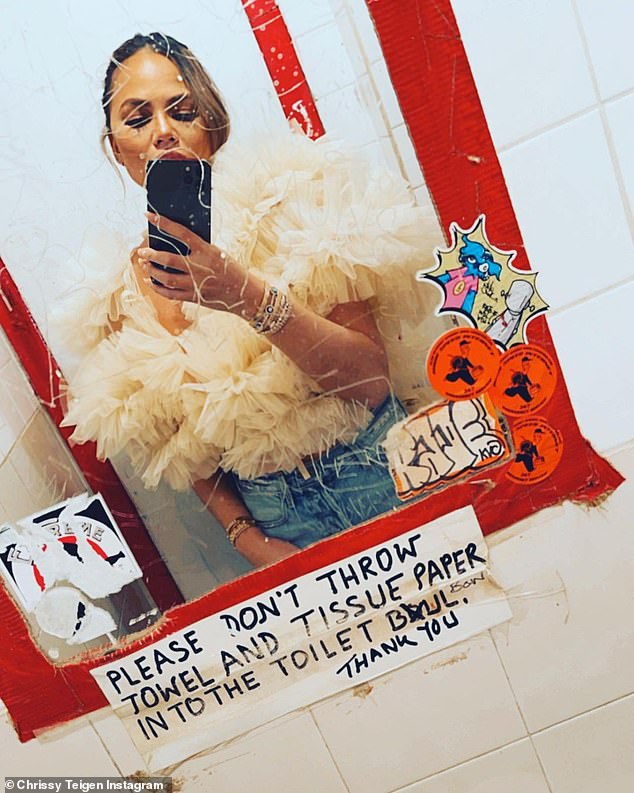 Mirror selfie: She showed off her look in brighter light while taking a bathroom selfie 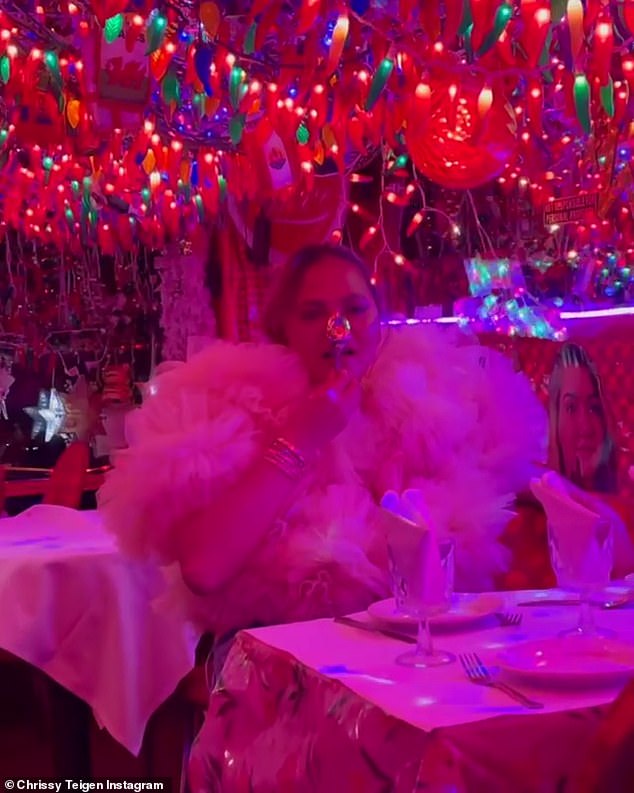 Living life: She has been in higher spirits in recent weeks following her tragic miscarriage in September

Balancing act: The mom of two was seen showing off a talent to the camera as she balanced a spoon on her nose 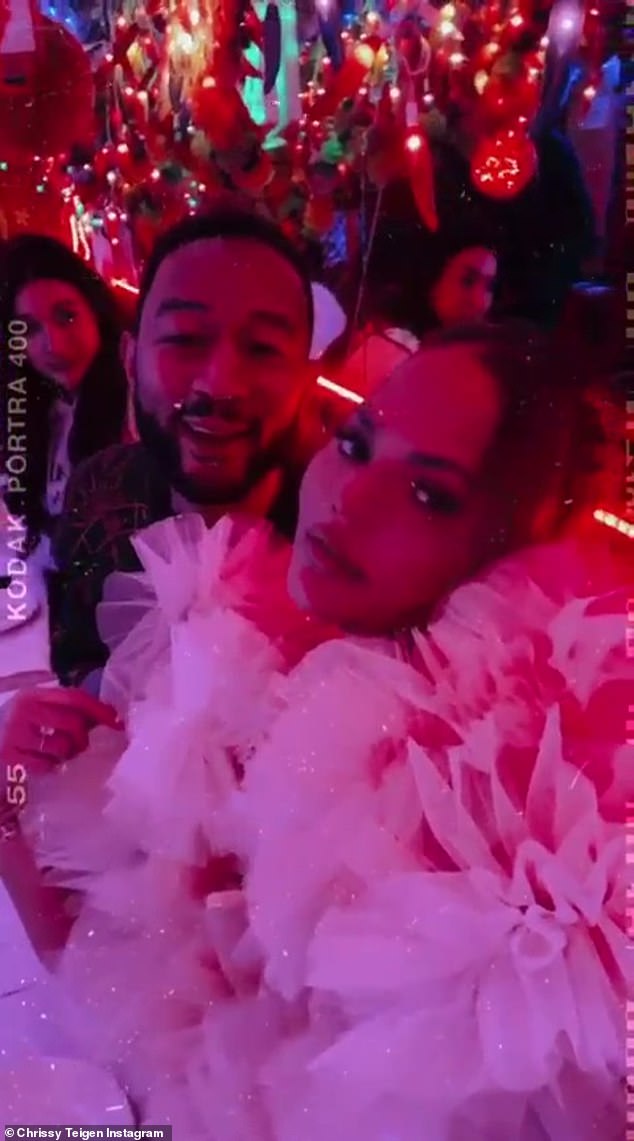 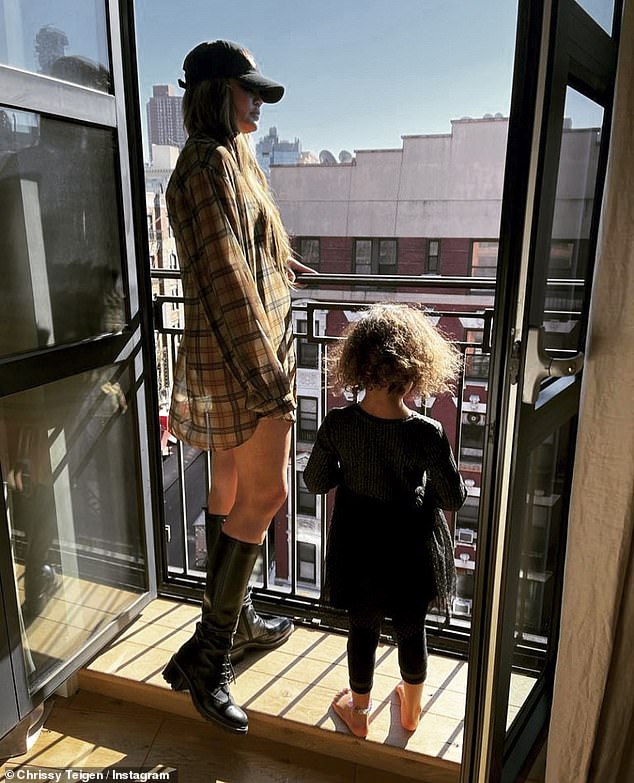 Good to be back: Though only there for a quick trip she said the place felt like ‘home’ and showed off her penthouse view; pictured Friday 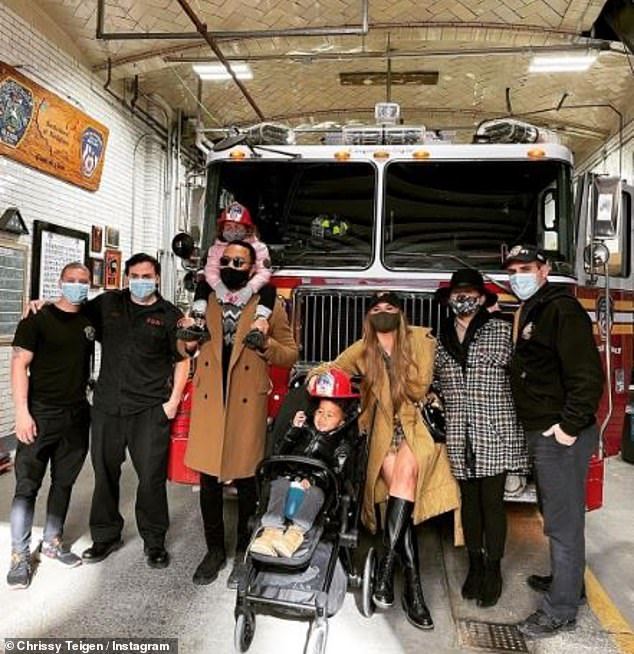 Field trip: She and John took the kids to their local fire station for a fun visit on Friday

While in the city she threw John a Hooters themed birthday party at their apartment, joking she was ‘back to [her] roots,’ as she was once a hostess there.

She seemed to feel invigorated to be back on the east coast after nearly a year away calling it ‘home’ while showing off her view.

A rough past few months for Teigen following her tragic miscarriage in late September, she has been slowly rebuilding herself back.

The former model embarked on sobriety, took up horseback riding as a form of therapy and even took on a new fashion-related venture designing her own line of robes. 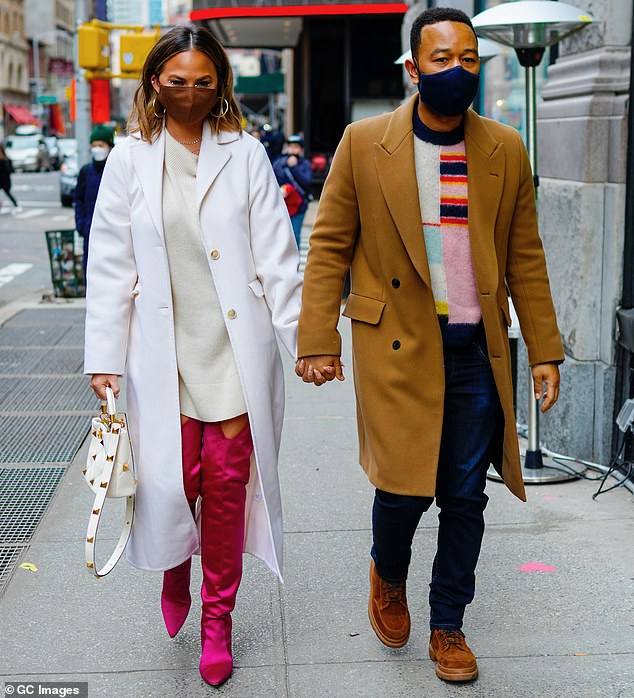 Moving forward: The former model embarked on sobriety, took up horseback riding as a form of therapy and even took on a new fashion-related venture designing her own line of robes; pictured with Legend March 6