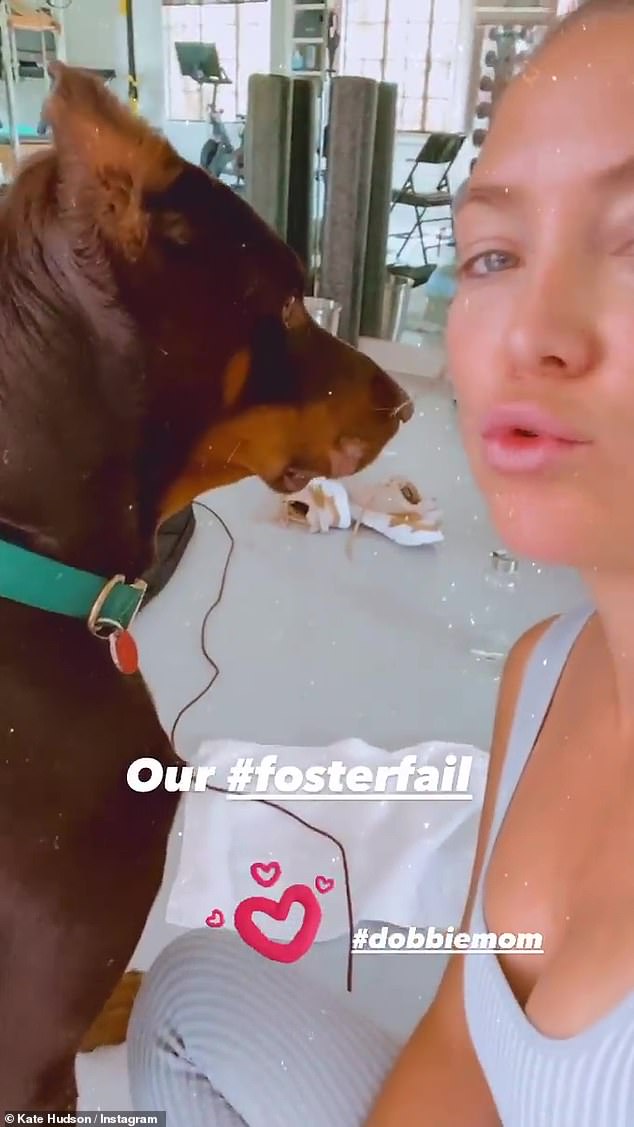 Her younger half-brother Wyatt Russell has just become a dad for the first time.

And Kate Hudson revealed on Instagram Thursday that she, too, has added to her family.

‘Our #fosterfail. #dobbiemom,’ the actress wrote on a short video clip of herself sitting next to a gorgeous Doberman pup.

‘#dobbiemom’: Kate Hudson revealed in a short Instagram video Thursday that she’s added to her family after deciding she can’t bear to be parted form a Doberman pup she’s been fostering

Hudson, 41, is a renowned dog lover and over Christmas, she’d fostered a couple of Pit Bull puppies for a rescue organization.

It looks like this time, the foster dog won’t be going on to another home, after all. 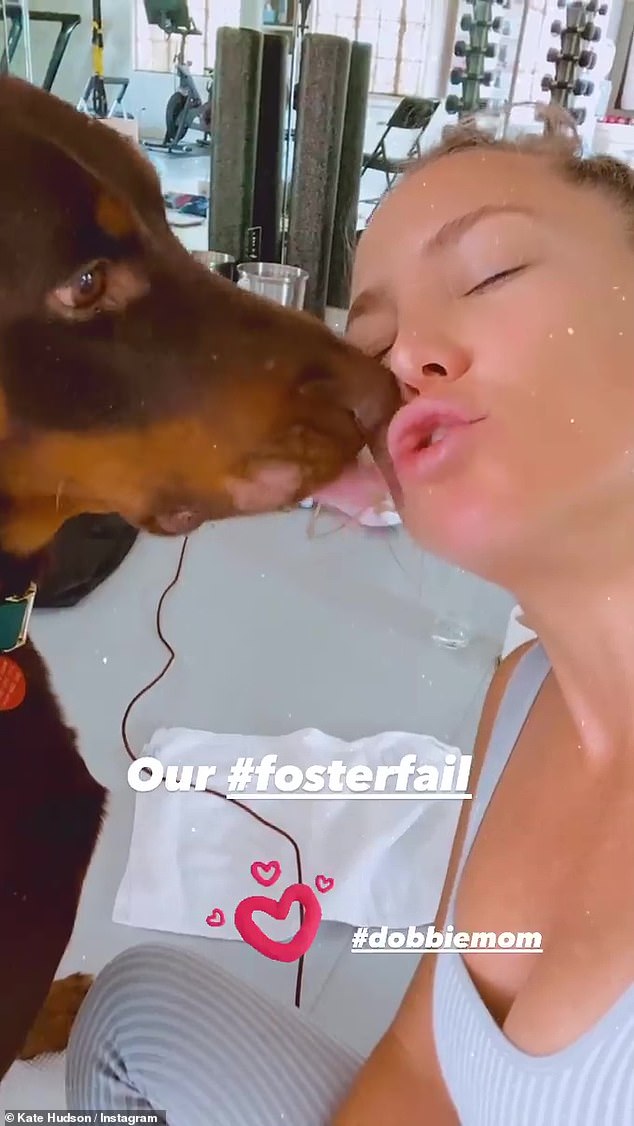 New family member: The actress and the gorgeous dog shared some sweet kisses and have clearly become very attached to each other

On Wednesday, the Almost Famous star shared sweet snaps of her daughter, whom she shares with Fujikawa, wearing a fluffy dark pink cardigan.

She and Fujikawa have been together since 2017. 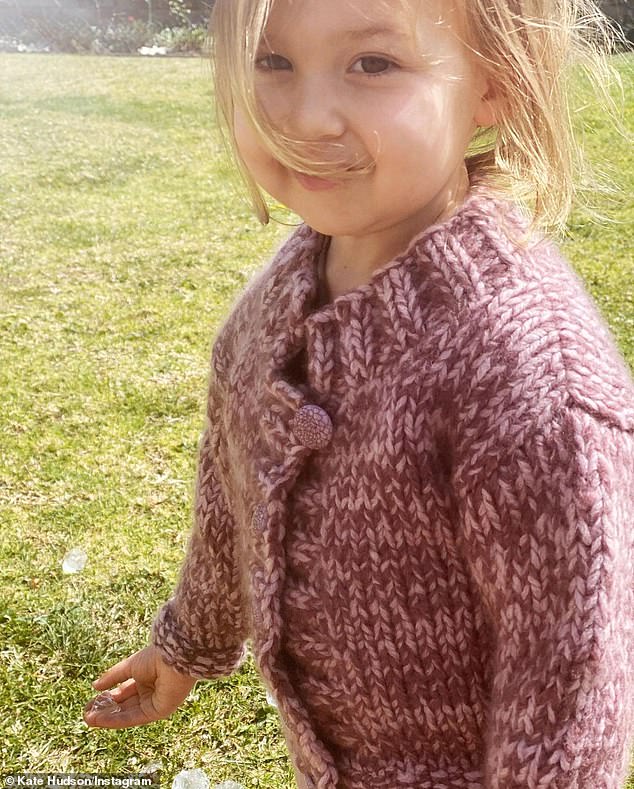 Just like her mommy: On Wednesday, Hudson had shared sweet snaps of her two-year-old daughter Rani Rose wearing a fluffy dark pink cardigan 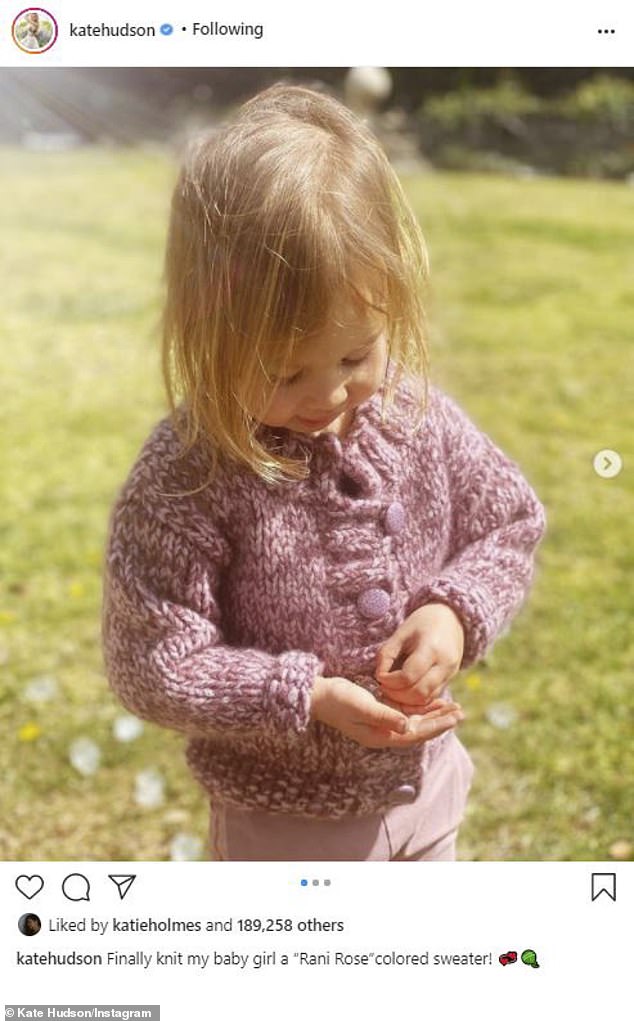 Pretty cardigan: The Almost Famous star explained that she had knitted the sweet outfit herself 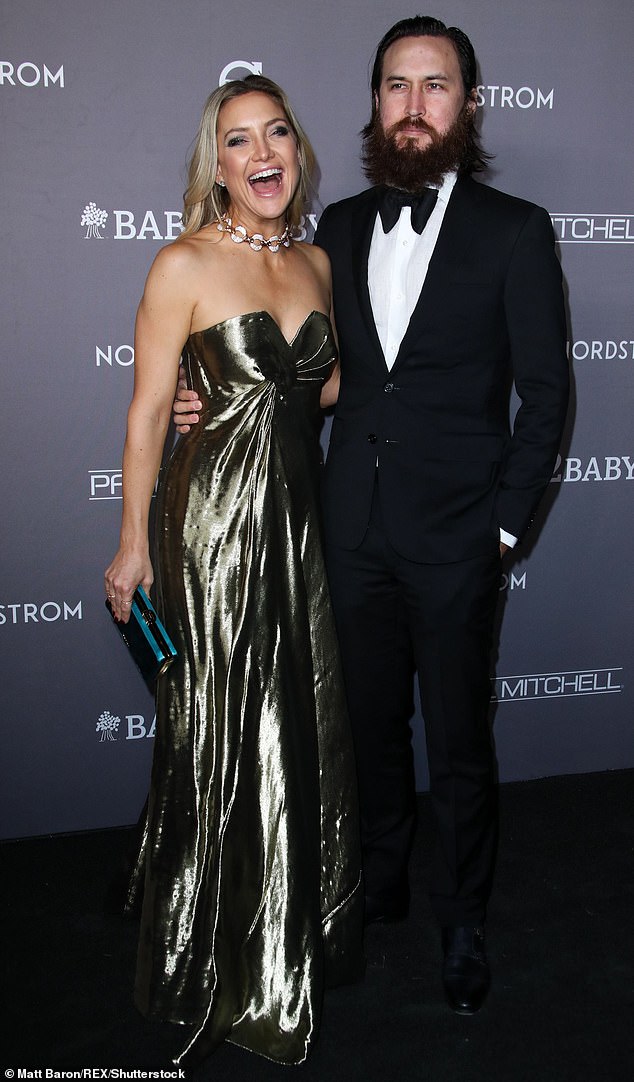 Wyatt is the only biological child of Hollywood stars Goldie Hawn and Kurt Russell, but both Kate and her brother Oliver Hudson consider Kurt to be their dad.

Goldie split from husband Bill Hudson when Kate and Oliver were very young. 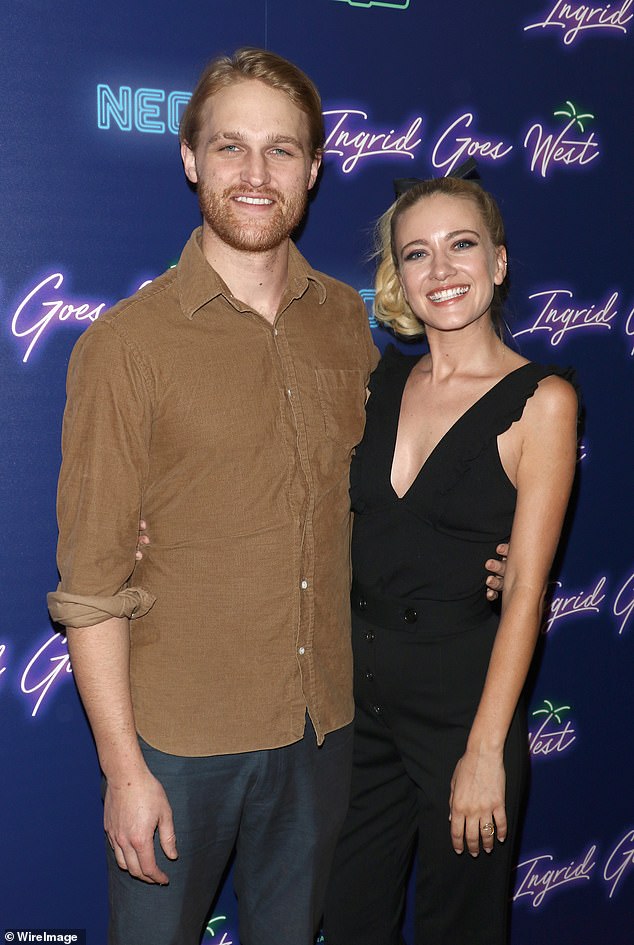 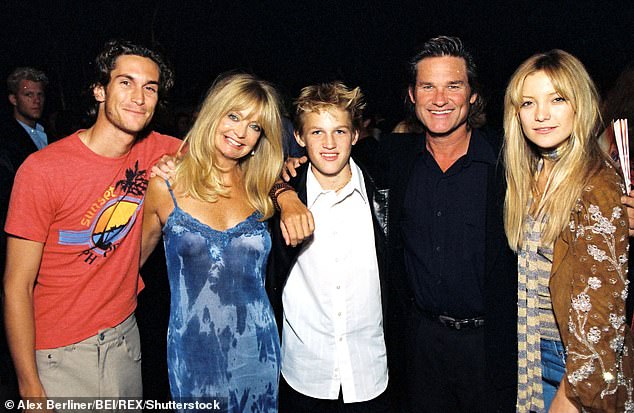 Family: Wyatt is the only biological child of Hollywood stars Goldie Hawn and Kurt Russell, but both Kate and her brother Oliver Hudson consider Kurt to be their dad (pictured 2000)