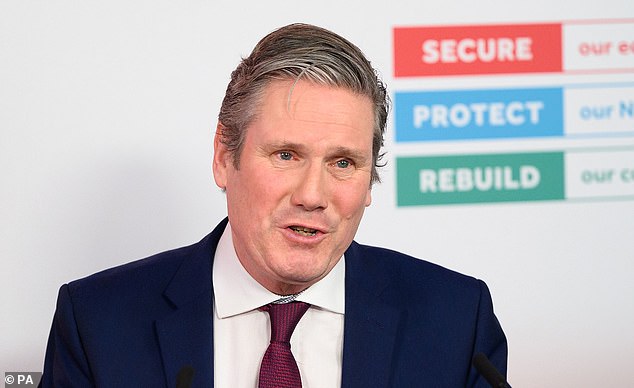 He didn’t display the same emotional range and his tone was slightly less sombre. But there was something familiar about last Monday’s response from Sir Keir Starmer to the crisis enveloping the Royal Family.

‘The issues that Meghan has raised on race and mental health are really serious,’ the Labour leader said, ‘and it’s a reminder whether you’re in East London as we are here, or in Meghan’s situation, too many people experience racism in 21st Century Britain.

And we need to take that very seriously. It’s a reminder that there’s a lot more to do, and nobody should be prejudiced because of the colour of their skin.’

When he should have been focusing on how the Meghan psychodrama would be playing out in the country, he was spending too much time worrying about how it would play within his party

He managed to stop short of anointing her the People’s Princess. But the message was clear.

Sir Keir Starmer was signing up to Team Markle. ‘They thought Keir was speaking for the public mood,’ an exasperated Shadow Minister tells me.

‘No wonder they’re so reliant on focus groups to tell them what Red Wall voters are thinking, because there’s clearly no one in there with any decent instinct for what people actually think. They really believed this was their Diana moment.’ They didn’t believe it for long.

Within a few hours, Boris Johnson had emerged to place himself and his Government firmly on the side of Team Windsor.

‘I have always had the highest admiration for the Queen and the unifying role that she plays in our country and across the Commonwealth,’ he said from his Downing Street podium.

The next day the British people delivered their own verdict – in a poll, 36 per cent of them backed the Royals, 28 per cent were wholly unmoved by the Sussexes’ plight, and only 22 per cent were buying Meghan’s Truth. 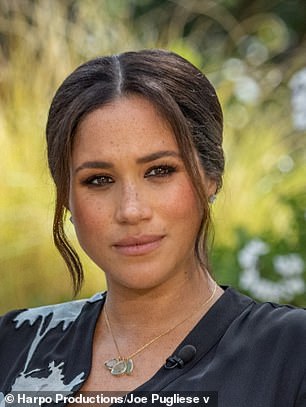 Sir Keir Starmer was signing up to Team Markle. ‘They thought Keir was speaking for the public mood,’ an exasperated Shadow Minister tells me

At which point Starmer began to rapidly backtrack.

‘The Palace has now responded, and I do think it is a matter now for the family,’ he told reporters at Labour’s local election launch.

Starmer’s aides claim their Markle debacle is now in the past. They’re moving forward, they say, focusing on core local election themes such as nurses’ pay.

And it’s true their man had Boris on the ropes over the issue during Wednesday’s PMQs exchanges. But last week’s blunder revealed its own truths about why Labour is now floundering behind the Tories in the polls.

One is that it has exposed Keir Starmer’s staggering naivety. His allies reject the claim they were trying to fashion a political hinge point from the Royal psychodrama.

I was told that as a former head of the Crown Prosecution Service, who prosecuted a large number of hate crimes, racism is an issue to which he responds instinctively.

Which is admirable. But as the nation’s former senior prosecutor, he should have been aware of the need for concrete evidence before pushing forward to a charge.

And as the leader of Her Majesty’s Opposition, he should have been aware he needed to pick a fight with Her Majesty like he needs a hole in the head. ‘He feels he has to call this stuff out when he sees it,’ a friend explained.

But that’s the point. Starmer wasn’t proved any actual racism, and neither was anyone else.

But no names, dates, places, times or context were provided. And when Harry turned up to corroborate, all he did was contradict the few sparse facts that were included in his wife’s account.

But if Starmer couldn’t see the elephant trap he was rushing towards, another reason was because he has again been caught facing two ways at the same time. 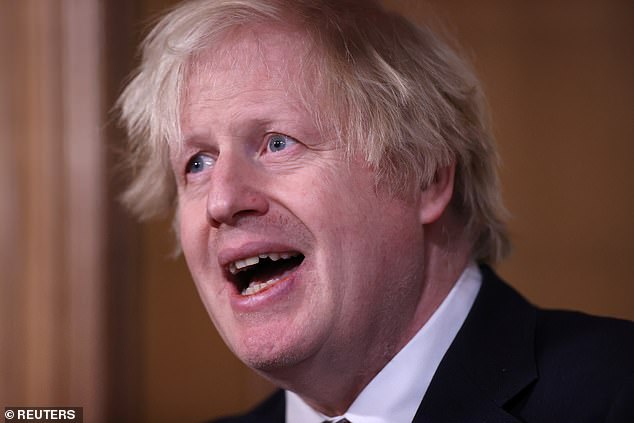 Within a few hours, Boris Johnson had emerged to place himself and his Government firmly on the side of Team Windsor. ‘I have always had the highest admiration for the Queen and the unifying role that she plays in our country and across the Commonwealth,’ he said from his Downing Street podium

When he should have been focusing on how the Meghan psychodrama would be playing out in the country, he was spending too much time worrying about how it would play within his party.

Some of this relates to the ongoing fallout from his suspension of Jeremy Corbyn. I’m told that because of the hard line he’s adopted on antisemitism, he felt the need to show consistency when it came to Meghan’s racism claims.

But I understand another reason was because many high-profile members of his parliamentary party had already rallied to Meghan’s insurgent coat of arms.

In 2019, a letter of ‘solidarity’ to her was signed by a large number of – mainly Labour – female MPs.

As the polls and his fortunes have dipped, he’s become increasingly terrified of stepping outside his political comfort zone.

Last month it emerged Labour was preparing to wrap itself in the flag. An internal policy document revealed the party would be making use of the Union Jack, co-opting supportive military veterans, and ensuring all its MPs were ‘dressed smartly’.

But when details of the strategy emerged, there was a backlash. ‘Are you really so blind to what happens when you start pandering to the language and concerns of the Right?’ one aghast party official told the Guardian.

A ‘redacted’ copy of the report was hastily prepared for wider distribution, because of its supposed ‘sensitivity’. Which underlines Labour’s perennial problem.

When the mere idea of becoming a party that takes pride in its national symbols and learns how to tie a decent Windsor knot sends its own staff and MPs into paroxysms of rage, what hope is there of it marching confidently back to reclaim its Northern heartlands?

In the eyes of their gleeful opponents, none. ‘This Meghan stuff just shows his weakness,’ a Minister observed.

‘He’s always being forced to pick the wrong side. He’s too weak to stand up and be the patriotic leader he knows he has to be.’ But does he really know?

In his head maybe, but not yet in his heart. It’s clear that whatever the politics are behind it, Starmer’s response to Meghan’s sit-down with Oprah was essentially instinctive.

Given a choice between choosing between a woke warrior queen and the elderly head of the Monarchy he once joked about abolishing, there was only really going to be one outcome.

And for that, people shouldn’t really blame the man, so much as his movement. Labour still can’t help themselves. For all their talk of diversity, they simply cannot break their addiction to white, middle-class, liberal men who make their homes in North London.

Sir Keir Starmer can commission as many redacted reports as he likes. If he was genuinely unable to predict how the self-regarding entreaties of a ‘Hollywood A-lister’ would play in the terraces of Bolsover and Bridgend, then his party is as far from power as ever.

Labour’s leader may want to anoint Meghan Markle as the new People’s Princess. But then he shouldn’t be surprised when the voters of Britain refuse to elect him the People’s Prime Minister.