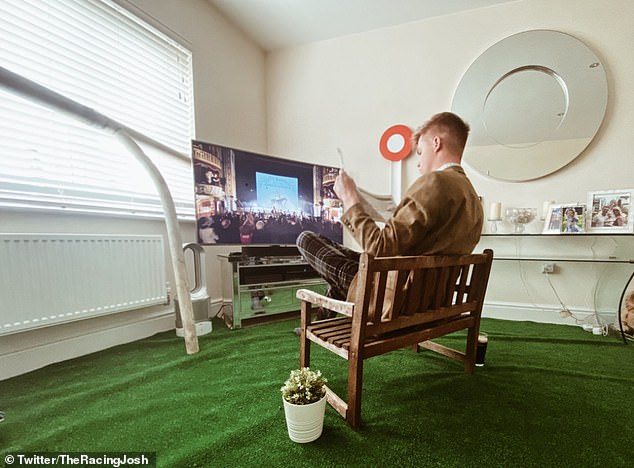 Cheltenham from home! Revellers dress in tweed and crack open the gin at 9am to celebrate the first day of the annual racing festival during lockdown

By Hayley Richardson For Mailonline

A very different Cheltenham Festival got underway today, with none of its usual boisterous crowds and carnival atmosphere due to the ongoing coronavirus pandemic.

The thousands of revellers who flocked to the event in 2020 – which concluded 10 days before the country went into its first national lockdown – are this year marking the occasion from home.

But many still opted to dress in traditional tweed and elaborate hats. Several got into the spirit early, with one fan pouring herself a gin and tonic before 10am and another tucking into a pint of lager mid-morning.

Others shared photos of themselves scanning betting tips in the papers, while one fan went all out, transforming his living room into a miniature race course complete with a wooden bench set up in front of his TV.

One fan went all out, transforming his living room into a miniature race course, complete with a wooden bench set up in front of his TV 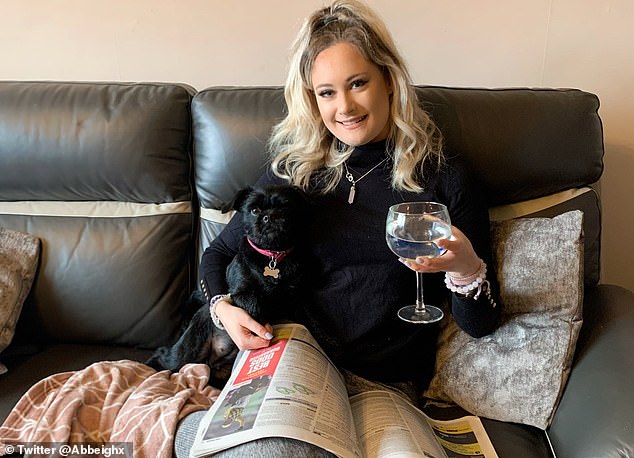 Several got into the spirit early, with one fan pouring herself a gin and tonic before 10am 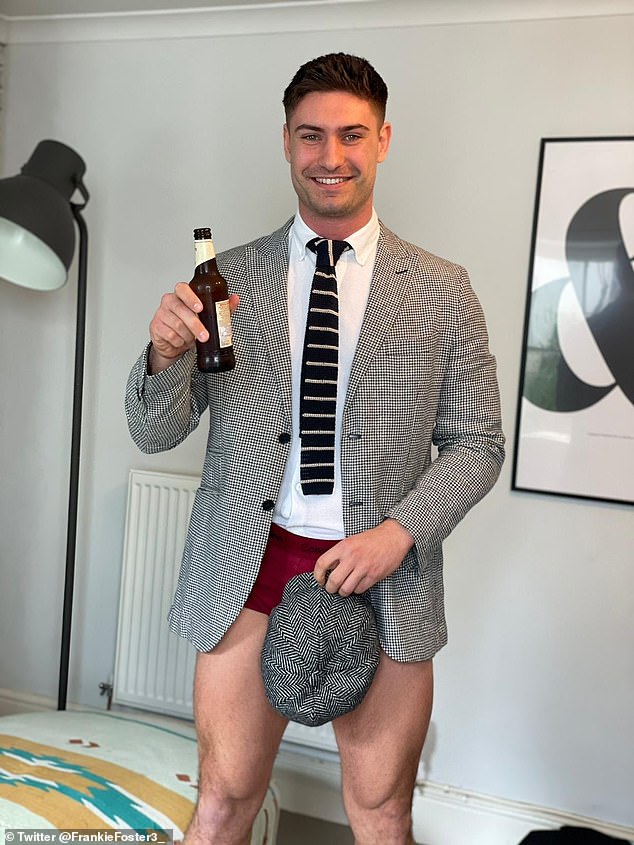 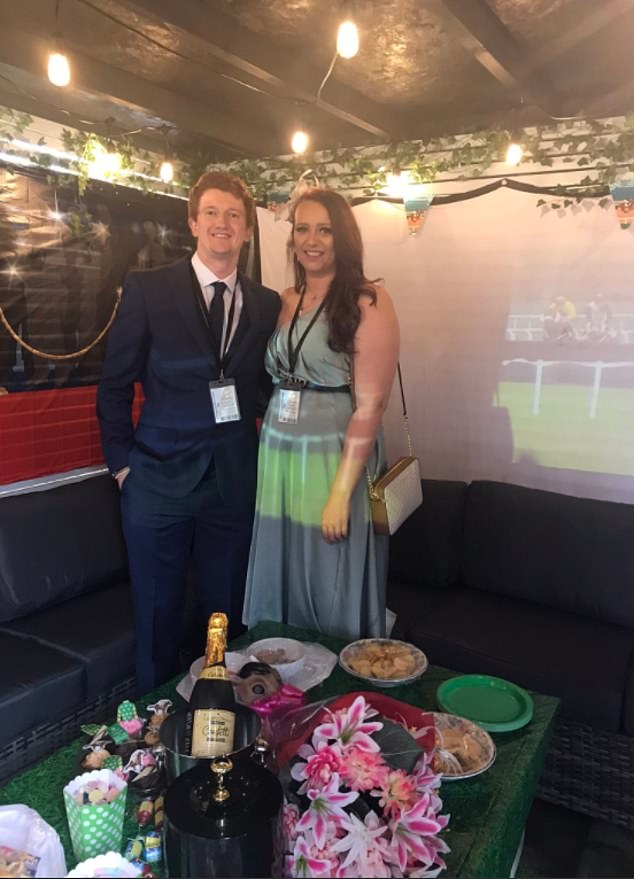 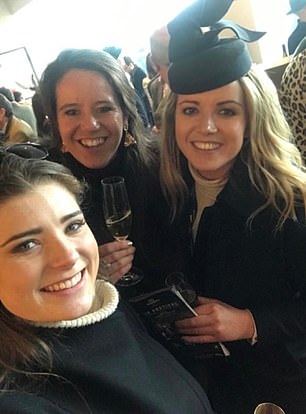 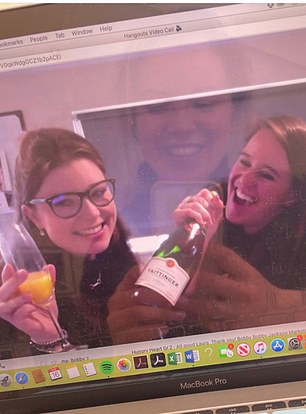 How times change! A group of friends shared a snap from their celebrations last year (left) compared with their virtual gathering this year (right) 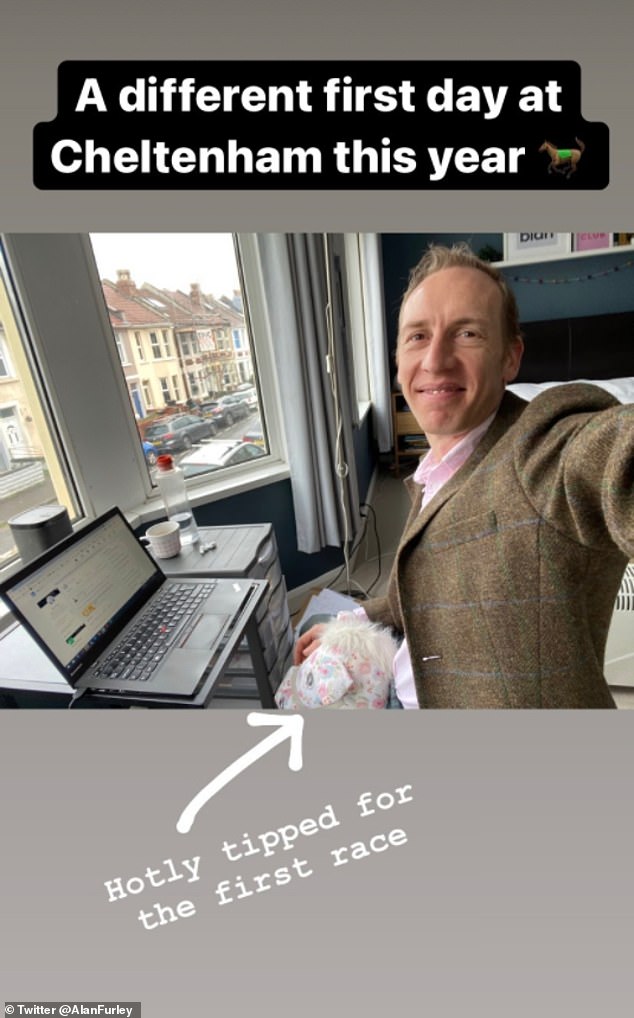 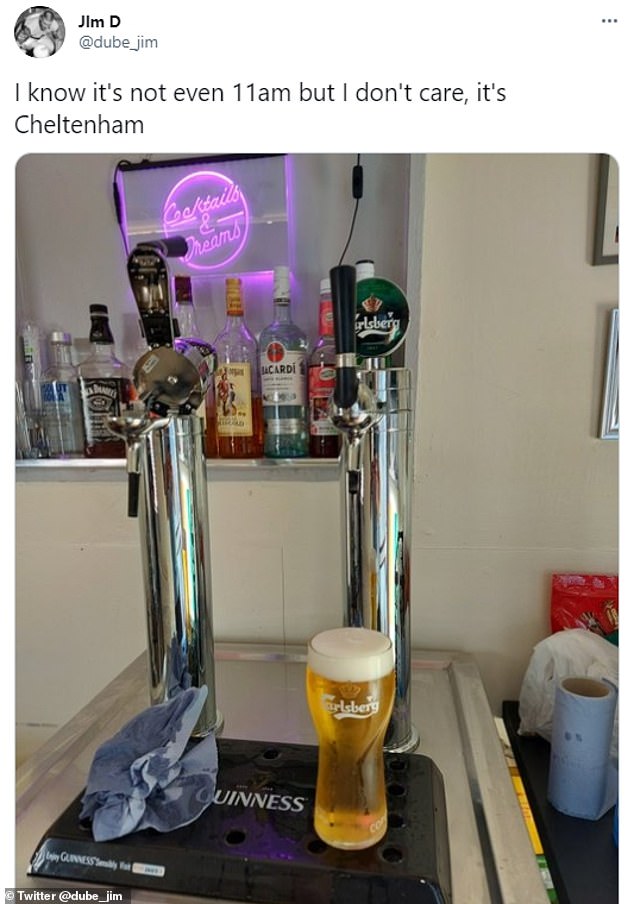 Twitter user Jim poured himself a cold glass of lager before 11am this morning, tweeting: ‘I don’t care, it’s Cheltenham’ 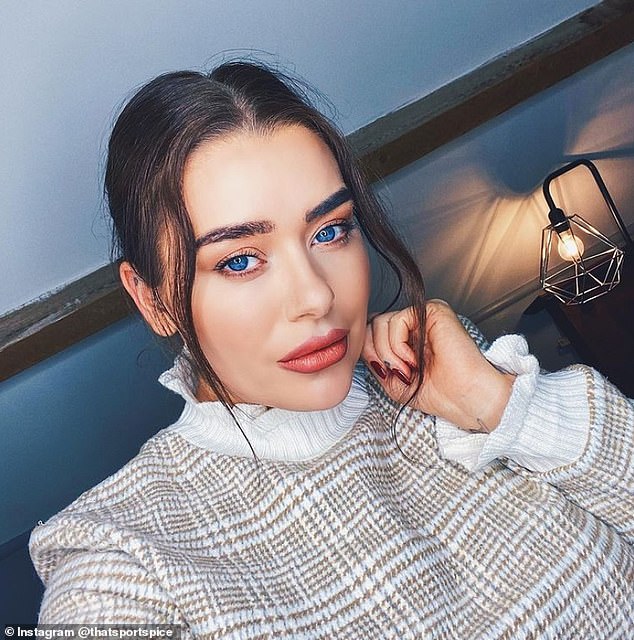 Last year’s Cheltenham Festival was the last major UK sporting event to be staged before the UK went into lockdown, and attracted controversy over claims it acted as a super-spreader of the virus.

The following month a former government chief scientific adviser claimed the four-day event, attended by 150,000 people, could have helped to ‘accelerate the spread’ of Covid-19. However Cheltenham Racecourse’s medical director said it was not possible to know how – and where – people had contracted the virus.

To compensate for the absence of spectators and race horse owners, Cheltenham organisers will reportedly have ‘fake sound’ on loudspeakers in a bid to create atmosphere at the opening day.

For those who are allowed inside the racecourse today, the town is out of bounds. Meanwhile the grounds have separate areas for British and Irish jockeys, trainers and horses, with mingling forbidden and alcohol banned. 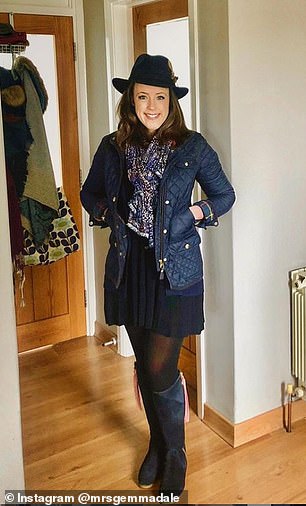 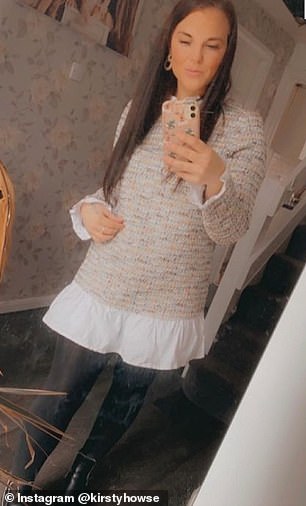 Gemma Dale sported a Cheltenham-inspired look today in a nod to the festival, complete with a quilted jacket and suede boots (left) while Kirsty Howse popped on a tweed-inspired dress to watch the event from home (right) 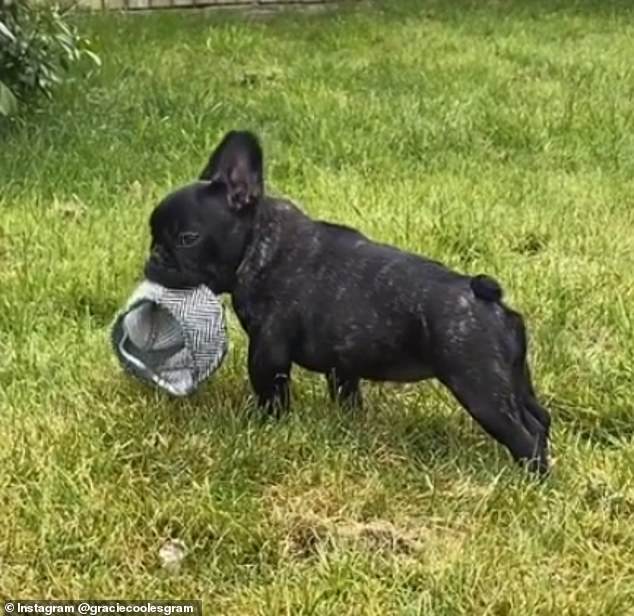 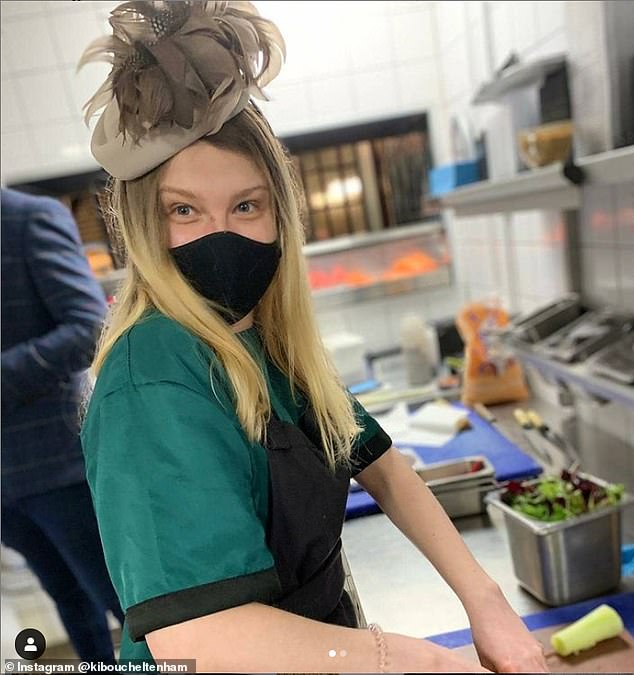 The sushi chef at Japanese restaurant Kibou, located in the heart of Cheltenham, got into the spirit by wearing a fascinator as she prepped food for the day’s takeaway orders 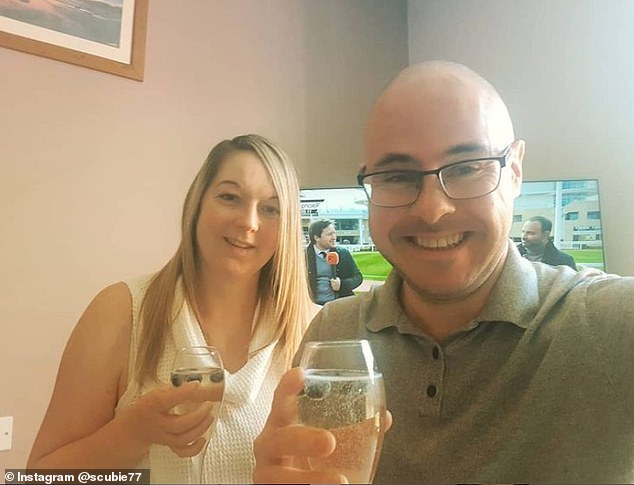 A couple from Middlesbrough raised a glass of bubbles early doors, admitting the Prosecco came after Bucks Fizz for breakfast as they watched the coverage of the event on TV