That’s rich! Hilarious texts reveal the most hardened hagglers who know no shame when it comes to asking for a discount

There’s nothing wrong with a spot of haggling when you’re trying to strike a deal – however these snaps prove some people will go to any lengths to secure a bargain.

Bored Panda rounded up a selection of hilarious interactions between online sellers and buyers from around the world, revealing some customers seem to have more cheek that they do cash.

Among the amusing images is a seller who was shocked that someone who recently bought a $90,0000 car claimed they can only afford $15 for a couch advertised for $400, while arguing they should get a discount because they’re ‘friends’.

One person aggressively sought a discount to a $2 pricetag, while another offered just a quarter of the asking price for an expensive piano. 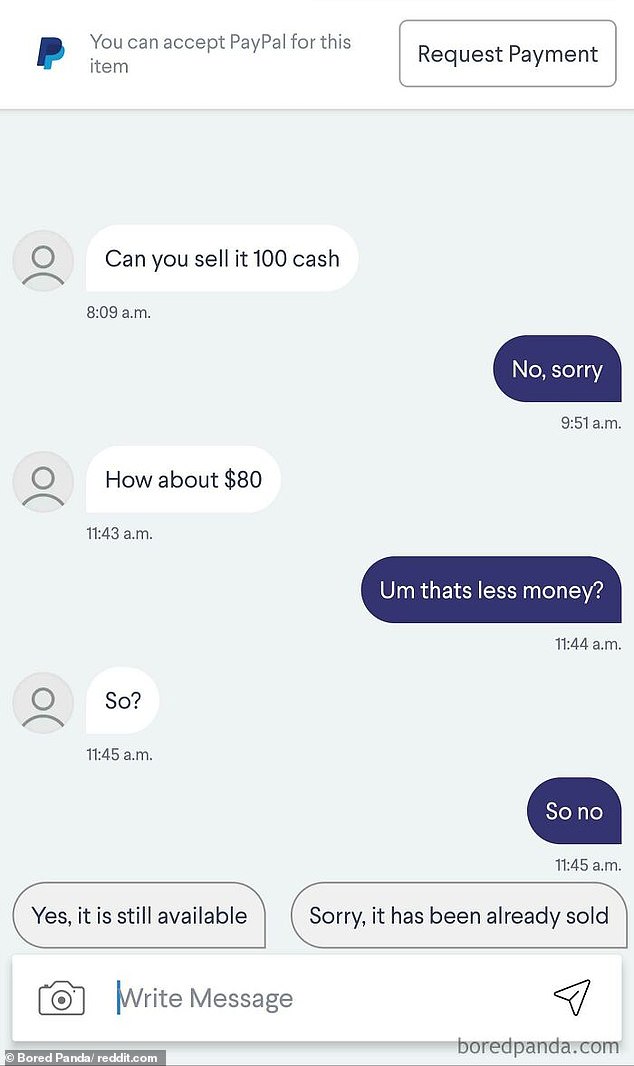 Less isn’t always more! One buyer in the U.S continued to plead for a seller to lower their price, despite already rejecting their original offer 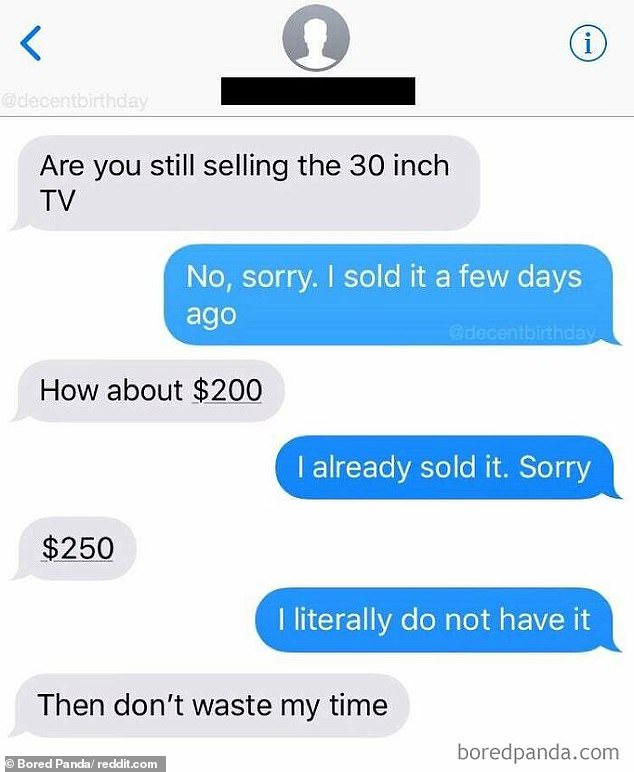 Another customer accused a seller of wasting their time as they continued to negotiate prices, even after being told the TV has been sold

Guilt trip! One woman, believed to be from the US, hoping to buy a piano worth $20,000 for just $5,000 asked the seller to lower their price because she’s a single mother 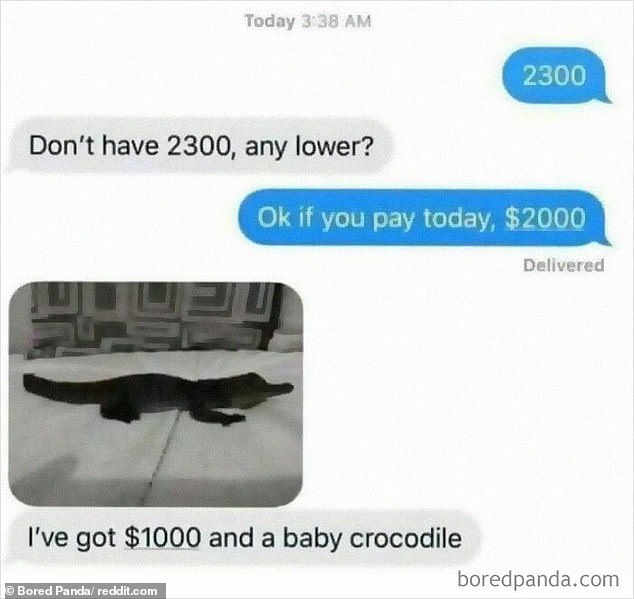 One person agreed to reduce their price by $300, however a determined buyer offered a baby crocodile in exchange for lowering the amount further 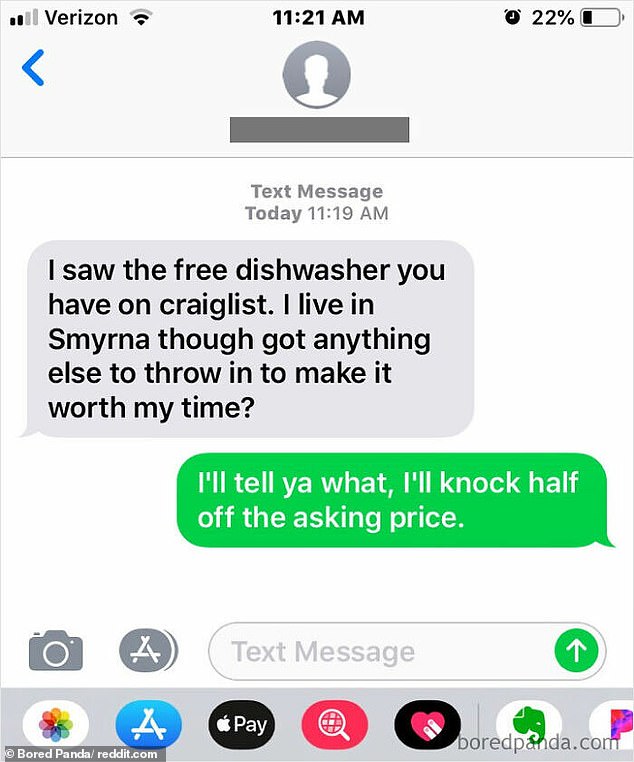 Not good enough! A buyer in the U.S. asked a seller to offer more than their free dishwasher to make collection worth their time 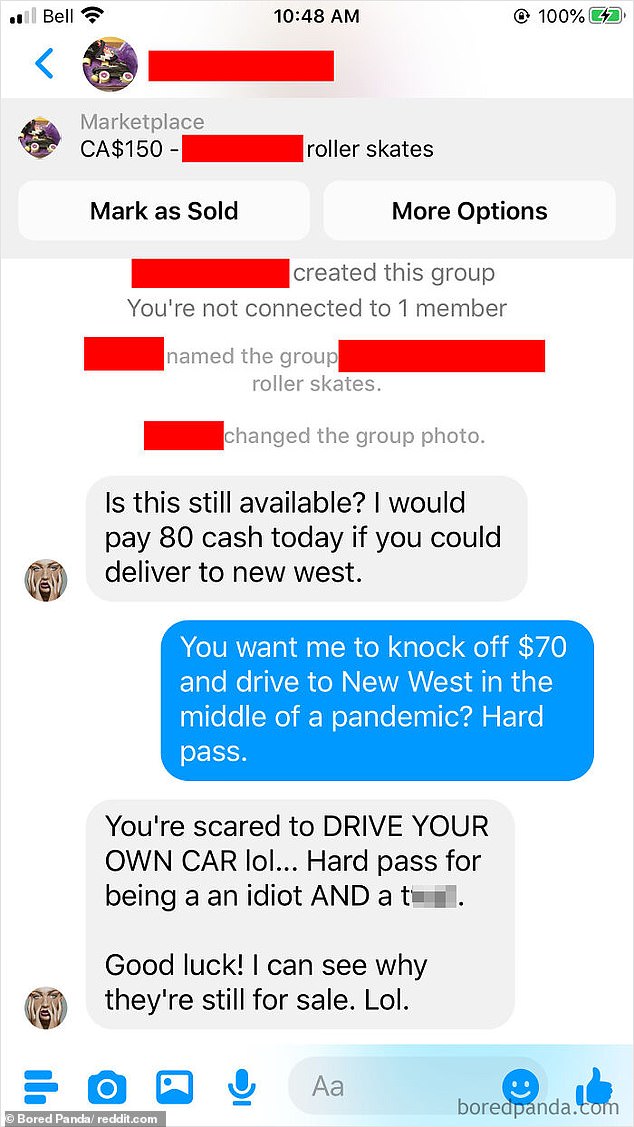 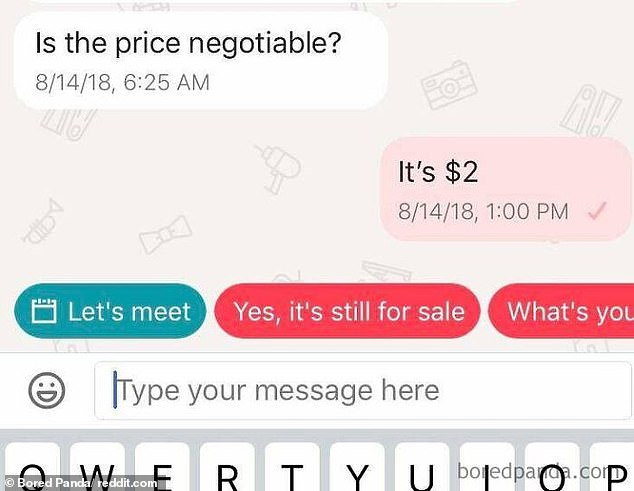 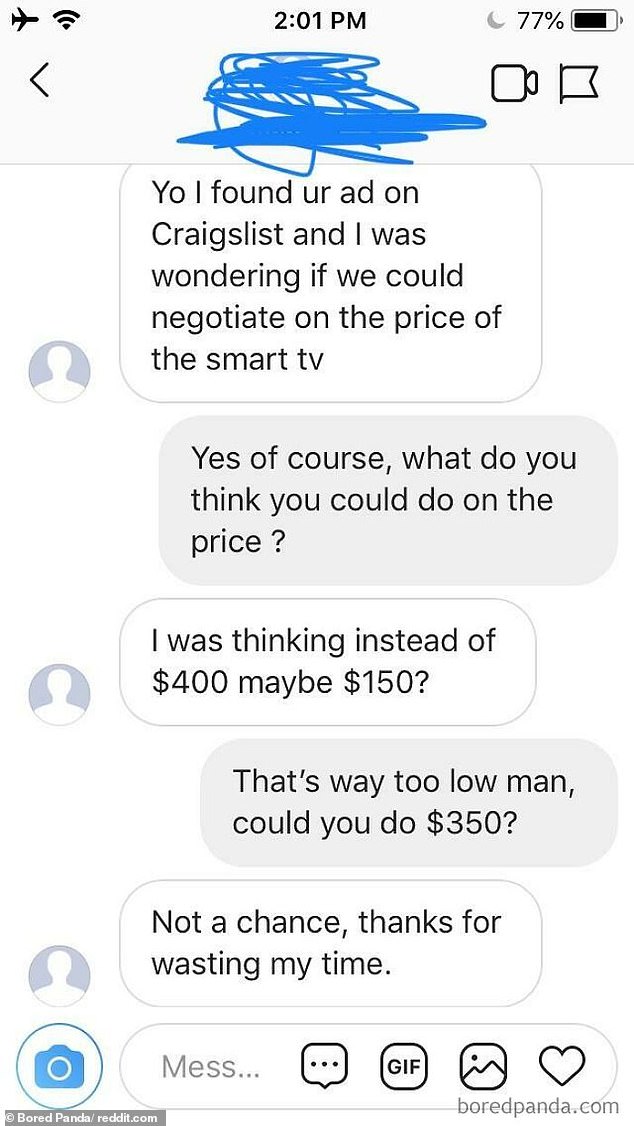 A buyer who wanted a seller to sell a smart TV for less than half of the asking price, accused the individual of wasting their time for not agreeing to the deal