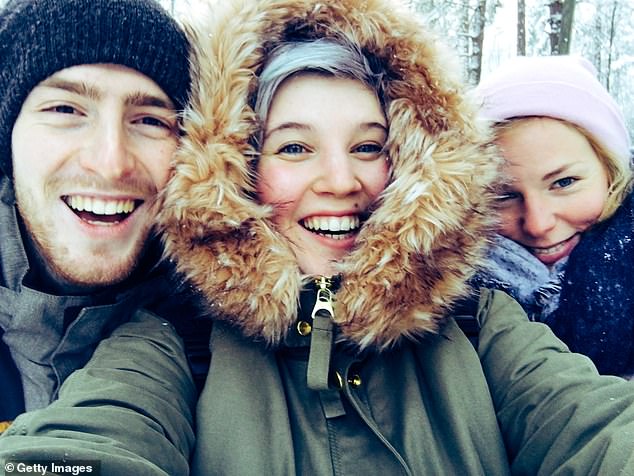 Finland has been ranked the world’s happiest nation in a new study while the UK slumped five places to 18th after a year of turmoil and Zimbabwe came last in the global rankings.

Nordic countries dominated the the World Happiness Report in the year of the pandemic, with Finland, Iceland and Denmark taking the top three spots while Sweden was sixth and Norway eighth.

Finland’s death rate from Covid-19 is the lowest in the EU and the country scored highly on measures of freedom, healthy lifestyles and social solidarity – while New Zealand was also in the top ten after virtually stamping out transmission of the virus.

But Britain suffered one of the larger drops, with one chapter in the report saying that mental health has been ‘one of the greatest casualties’ of the pandemic.

Scroll down for the full rankings

First place: Young people take a selfie in Finland which has been named the world’s happiest country in a new study, taking top spot for the fourth year running 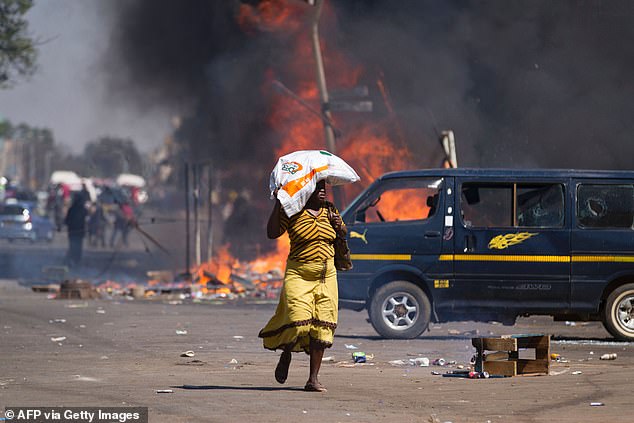 Last place: A woman walks past a burning barricade in Zimbabwe, which came bottom of this year’s table behind Tanzania and Jordan

Researchers said Finland had come top in a ‘lamentable year’ partly because it has always ranked highly on measures of the ‘mutual trust’ needed to combat Covid-19.

The Finnish government hailed the country’s victory on Twitter today after the nation of 5.5million topped the poll for the fourth year running.

The five Nordic countries, also including Sweden and Norway, have all been in the top ten of the World Happiness Reports’s surveys every year since 2013.

They were joined in the top ten by their European neighbours Switzerland, the Netherlands, Germany and Austria, as well as New Zealand.

The Pacific nation has been widely celebrated abroad after recording just 26 deaths from Covid-19 – although it actually dropped one place from eighth to ninth.

Israel, Australia, Ireland, the United States and Canada came just outside the top ten, with the US climbing two places despite a year of tumult.

But the UK dropped five places to 18th, after Britons’ average ‘life evaluation’ dropped from a score of 7.17 to 6.80 out of ten. 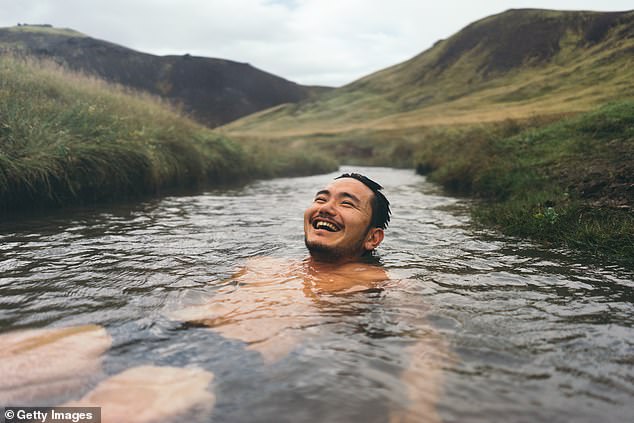 Second place: A man bathes in a hot spring in Iceland which jumped two places to second in the table after escaping relatively lightly during the pandemic 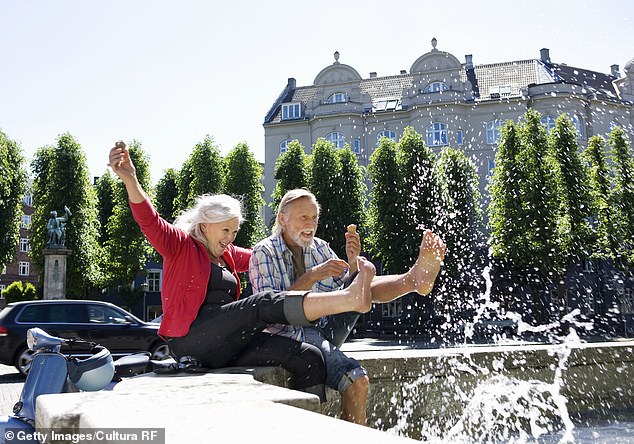 Third place: People splash in a fountain in Denmark which dropped one spot to third, with all five Nordic nations once again appearing in the top ten

One chapter in the report which looked at the pandemic in the UK found an eight per cent drop in mental well-being according to one measure.

Britain will next week mark a year since the start of the first nationwide lockdown, which has been followed by two further stay-at-home orders in the winter months.

A fifth of Britain’s population experienced persistently worse mental health during the first six months of the crisis, researchers found.

Young women were initially worst affected, while women aged 65 and over saw more persistent declines in their mental health.

Those with large groups of friends before the pandemic, and those who lost work after April 2020, were more likely to have suffered a lengthy mental health decline.

Mark Williamson, head of the charity Action for Happiness, said: ‘This has been a tough year for so many of us and the World Happiness Report shows that the UK has suffered more than most when it comes to happiness.

‘Policymakers should take this as an opportunity to centre human happiness and wellbeing as we recover from the pandemic so that we can build back happier.

‘The report also shows the importance of trust and community benevolence, which really means kindness and doing things for others. Not only do these things make us happier, but when it comes to Covid, they can save lives.’

Britain did come ahead of France, Spain and Italy, which have all imposed strict lockdowns at various stages of the pandemic. 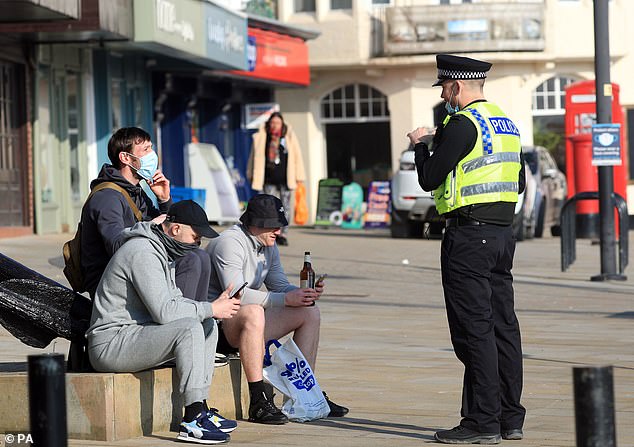 The UK dropped five places to 18th as the lockdown took its toll on mental health (pictured, a police officer enforcing the rules in Scarborough)

But the UK’s drop allowed Ireland to move ahead of Britain into 14th, having been one place behind in the 2017-19 rankings.

Also suffering a significant drop was Brazil, where the virus has killed nearly 300,000 people amid public health chaos and political bitterness over the response.

The South American country fell from 29th to 41st in the table, which included 95 countries that researchers were able to survey during the pandemic.

Meanwhile China climbed from 69th to 52nd after becoming the only major economy to enjoy a year of growth in 2020 despite the initial outbreak in Wuhan.

Lower down the table, there were low marks for Zimbabwe, Tanzania and Jordan which occupied the bottom three spots in the table.

India also fared poorly in 91st, scoring only 4.3 out of ten in the happiness survey and ranking worse than European nations on social support and corruption.

The rankings were mainly powered by a Gallup World Poll asking people about their happiness, but also included other measures to include the impact of Covid-19.

However, researchers said changes to the overall rankings had been relatively modest, saying it was ‘remarkable that the averages are so stable’.

Authors said the relatively small changes may reflect both the global nature of the pandemic and a ‘widely-shared resilience’.