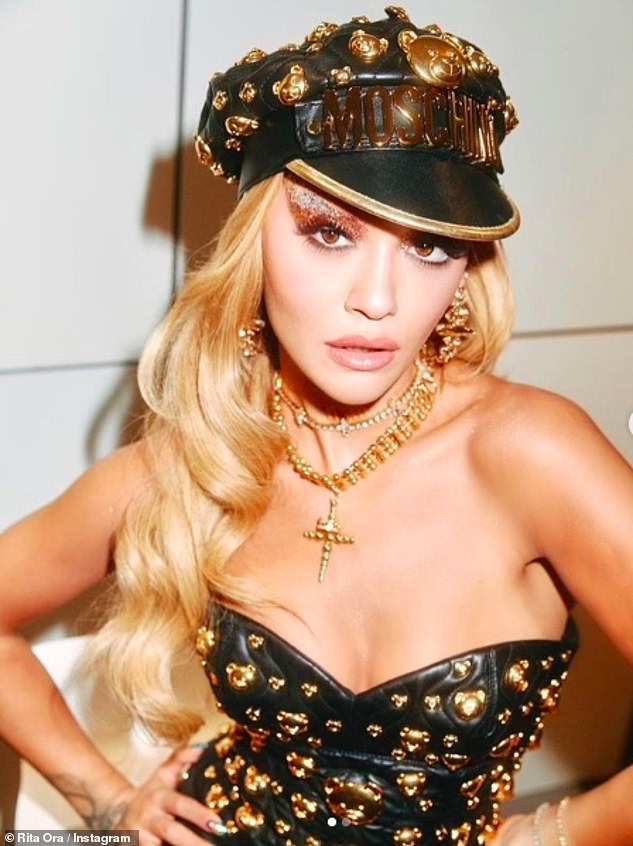 She has been criticised by PETA for featuring a dog with cropped ears in her new music video for her single Big.

But Rita Ora didn’t let that stop her from commanding attention in a black studded Moschino bustier and matching baker boy hat.

The songstress, 30, took to Instagram on Friday to share the edgy snap with fans and captured the upload: ‘#BangBang’ to promote her new EP.

Beauty: Rita Ora, 30, commanded attention in a black Moschino bustier and matching baker boy hat in an Instagram snap she shared on Friday, following criticism of her new music video

Rita looked sensational in the snap as she showcased her décolletage in the low-cut corset top covered in studs of the brand’s iconic teddy bears.

She turned heads in a matching hat, which also featured the gold faces, as well as the word ‘Moschino’ splashed across the front and a gold rim.

She drew attention to her beauty with a glam makeup look and added extra glamour with gold sparkly eyeshadow in a bold bronzed wing. 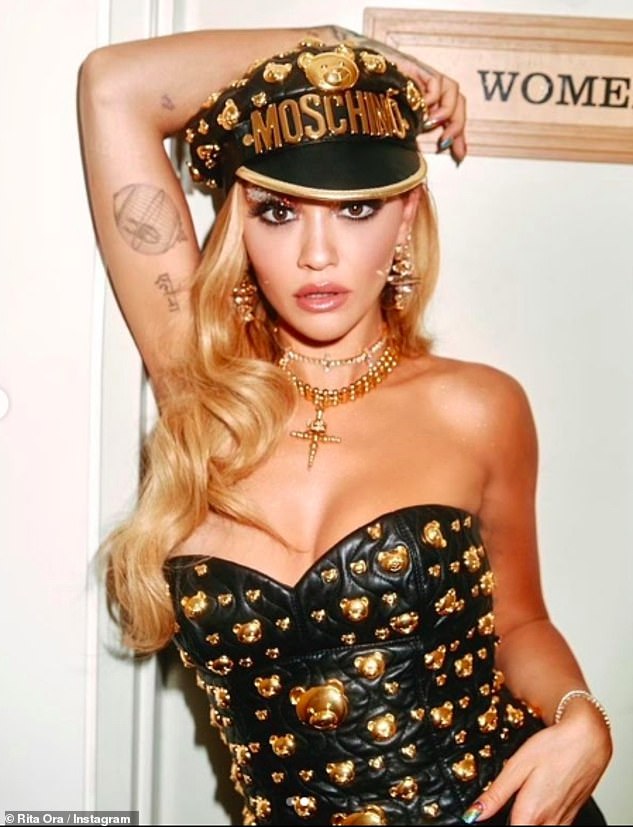 Glamorous: The songstress looked sensational in the snap as she showcased her décolletage in the low-cut corset top covered in studs of the brand’s iconic teddy bears

Rita fixed the camera with a sultry gaze as she struck a series of poses which drew attention to her array of tattoos.

The star came under fire earlier in the week after Peta criticised her for featuring a dog with cropped ears in her new music video with David Guetta, Imanbek and Gunna.

In the mini-film, filmed in Bulgaria, Rita walks along a street before a masked extra is seen holding the pit bull by a lead.

The animal charity’s director Elisa Allen has called for celebrities to discourage the ‘cruel’ practice as she declared: ‘Maiming animals for vanity is unacceptable.’ 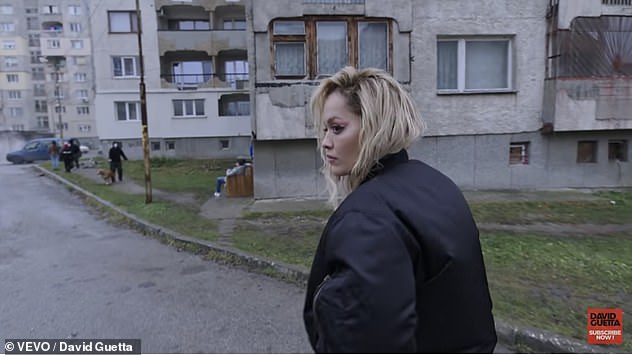 Under fire: Rita has been criticised by PETA for featuring a dog with cropped ears in her new music video for her single Big, featuring David Guetta, Imanbek and Gunna

The procedure, known as docking, is against the law in the UK under the Animal Welfare Act unless it is carried out for medical reasons, but it is currently not illegal to import those who have already been mutilated from other countries.

Animal advocate Elisa said in a statement to MailOnline: ‘Dogs’ ears are there for a purpose, and they need to use them like directional antennae.

‘Ear cropping is a painful mutilation that is most commonly used by dogfighters to prevent an opponent from grabbing the ears – it has no place in a civilised, humane society.

‘It involves cutting off the majority of the dog’s enervated, extremely sensitive ear and taping the remnants into an unnatural, ‘devilish’ shape for aesthetic reasons. 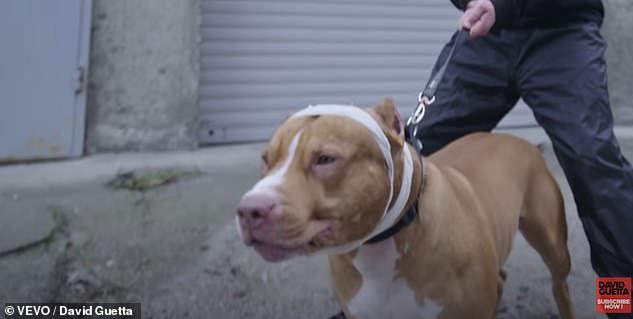 Close look: In the mini-film, filmed in Bulgaria she walks along a street before a masked extra is seen holding the pit bull by a lead

‘Dogs “talk” to their human companions and other dogs using their ears, so hacking them off not only is traumatic but also robs them of vital forms of expression, communication, and balance.’

MailOnline contacted representatives for Rita, David, Imanbek and Gunna for further comment at the time.

Ear cropping, which dates back thousands of years, was originally performed on working dogs to prevent risk of ear infection and other potential health risks, but has also been adopted by owners who breed the animal specifically for hunting and dog-fighting.

The RSPCA also insisted that ear-cropping is on the increase, claiming pet owners are encouraged by celebrities who have cropped dogs.

The former America’s Next Top Model is currently in Sydney to serve as a judge on The Voice Australia. 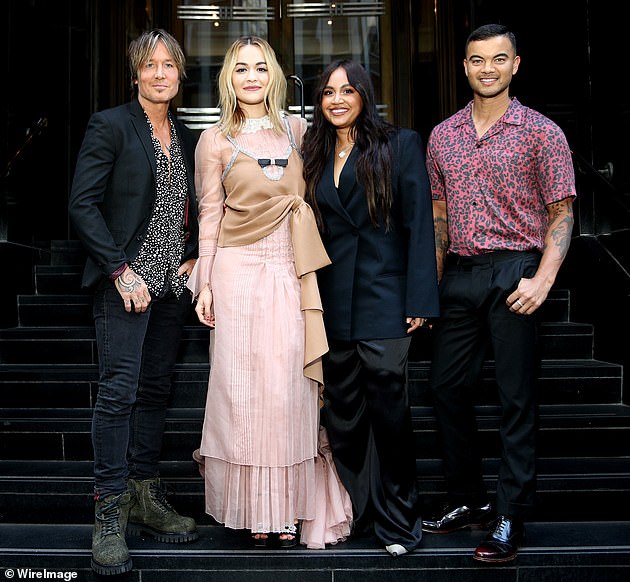 New stint: The songwriter is currently spending time in Australia as she kicks off her role as a judge on The Voice (pictured last month with Keith Urban, Jessica Mauboy and Guy Sebastian)