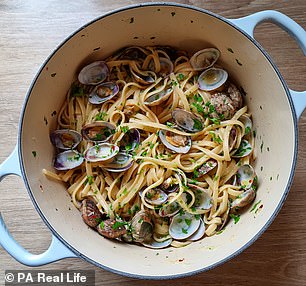 A once nervous cook is now a super-confident culinary whizz after challenging himself to rustle up a 365 different Nigella Lawson recipes over two years, and has even won praise from the food writer herself.

After watching a repeat episode of Nigella: At My Table in October 2020, Manchester marketing consultant Nathan Young, 34, was inspired to dust off his cookbooks and make one of her dishes.

Soon after, he launched his 365 Days of Nigella website and social media accounts  which has been compared to the 2009 Nora Ephron film Julie & Julia which tells the real-life tale of author Julie Powell who made 524 Julia Child recipes in 365 days.

Nathan, who suffers from anxiety,  says that spending at least 10 hours a week making three of the domestic goddess’ recipes, as well as photographing his creations and writing a blog has improved his confidence not just about cooking, but in dealing with life. 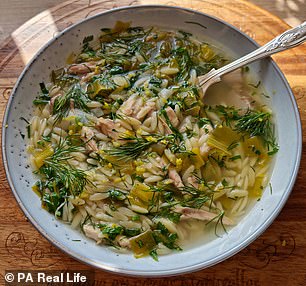 A once nervous cook is now a super-confident culinary whizz after challenging himself to rustle up a 365 different Nigella Lawson recipes over two years, and has even won praise from the food writer herself. Pictured left, Linguine with Clams and right, Italian Roast Chicken – a Lemon and Orzo Chicken Soup 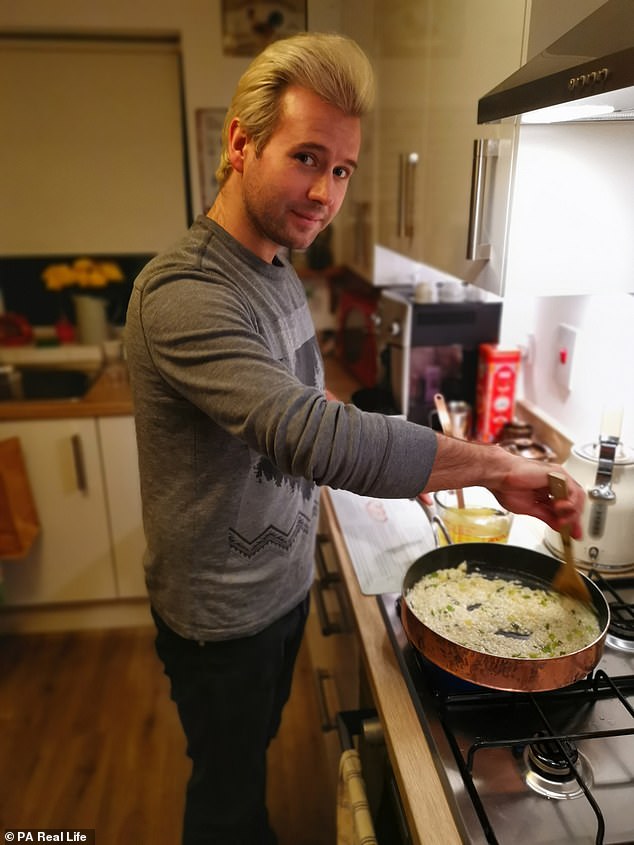 After watching a repeat episode of Nigella: At My Table in October 2020, Manchester marketing consultant Nathan Young, 34, (pictured) was inspired to dust off his cookbooks and make one of her dishes.

Nathan, who is married to sports massage therapist Marcin Ziolkowski, 38, and plans to complete his challenge within a two year period, said: ‘When Nigella first shared my page on Twitter a few months ago it was amazing – I had to pinch myself.

‘Getting an endorsement from her adds validity to what I’m doing. You can’t get better than that.

‘I’m so passionate about the project. I never started it looking for any attention, it was something I did for me – but it has been lovely and so encouraging.’

Continuing to show support for his challenge on social media, Nigella has showered her talented follower with praise.

She said: ‘I’m so deeply touched by what Nathan is doing. I know and love my recipes, which have long been part of my life, but to see someone come to them afresh is always a profound pleasure.

‘Following Nathan’s progress as he chronicles his cooking of my recipes – and so beautifully photographed – is just so lovely.’ 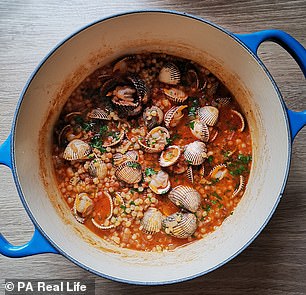 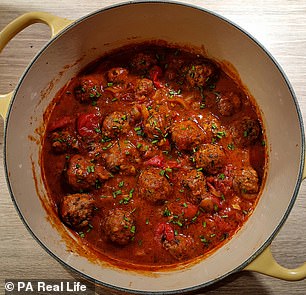 Nathan launched his 365 Days of Nigella website and social media accounts which has been compared to the 2009 Nora Ephron film Julie & Julia which tells the real-life tale of author Julie Powell who made 524 Julia Child recipes in 365 days. Pictured: Sardinian Cous Cous with Clams (left) and Black Pudding Meatballs (right) 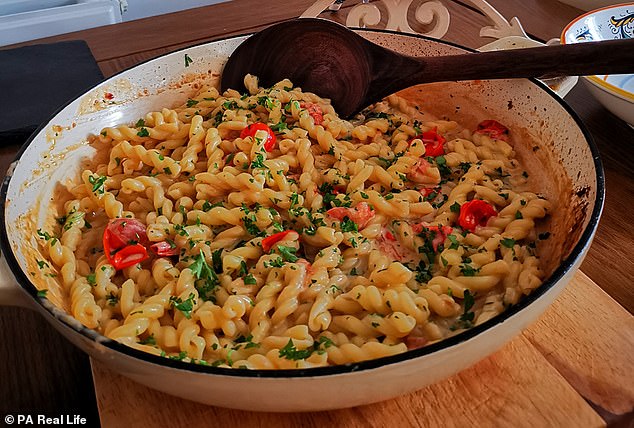 Pictured: Gemelli with Anchovies, Tomatoes & Mascarpone made by Nathan as one of his 365 recipes

First drawn to cooking by his grandmother Eileen, 83, a former deputy headmistress, he loved ‘baking cupcakes after school and at weekends’ with her as a boy.

He said: ‘When I was about 17 I got a job down the local pub, doing a bit of prep work in the kitchen.

‘That slowly moved into cooking meals, but only when it was quiet, thankfully. I’m not sure I could take the pressure of being an actual chef.’

A cooking course in Somerset, where he lived at the time, as part of The Duke of Edinburgh’s Award scheme followed soon after – honing his culinary skills.

He said: ‘It was all uni survival kit-type meals, like lasagne, and things ranging from something as basic as a jacket potato to a Hollandaise sauce. 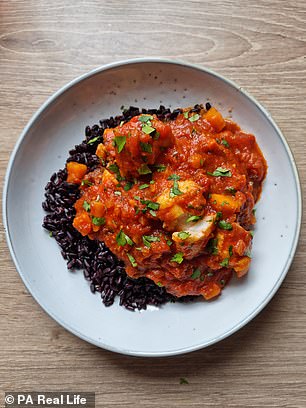 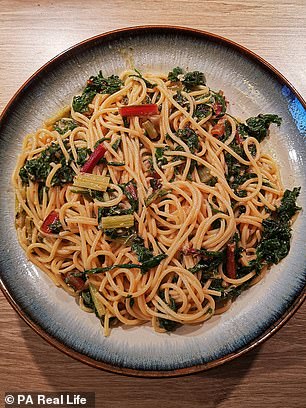 Nathan, who is married to sports massage therapist Marcin Ziolkowski, 38, and plans to complete his challenge within a two year period. Left: Fear-Free Fish Curry. Right: Spaghetti with Chard, Chilli and Anchovies 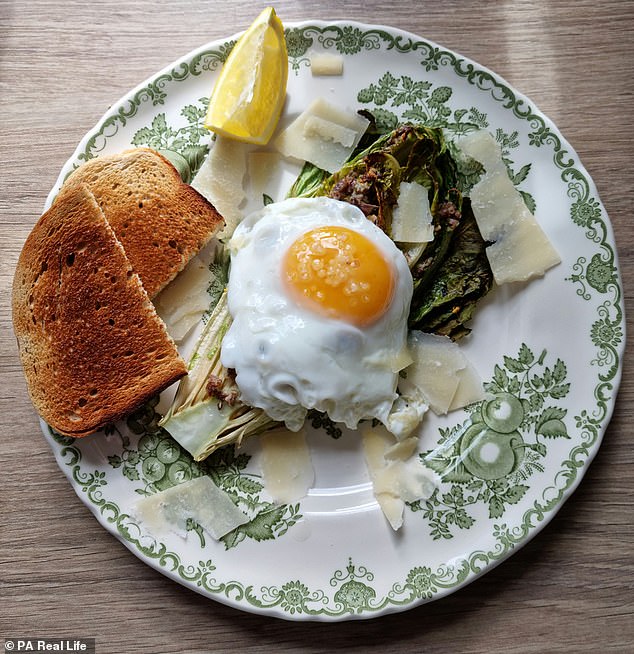 Continuing to show support for his challenge on social media, Nigella has showered her talented follower with praise. Pictured: His riff on a Caesar salad

‘I became addicted to making Hollandaise after that – every Sunday I’d make Eggs Benedict for my family, which they loved. They’ve always been so encouraging of my cooking.’

Throughout his university studies, Nathan used cooking to relax.

And, after graduating from the University of Aberdeen in Scotland with a masters in petroleum geoscience, he moved into his first flat by himself in the city in 2010 while completing two years of post-graduate research.

Recalling how it was during this time that he became an avid cookbook collector, he said: ‘My dad is an enthusiastic cook and he had already handed me down three boxes full of cookbooks, which had travelled with me up and down the country during my studies. 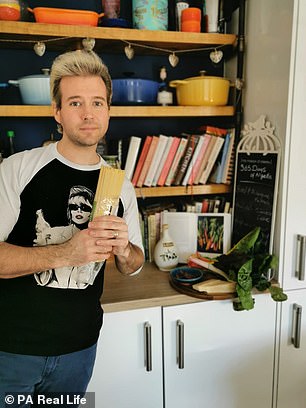 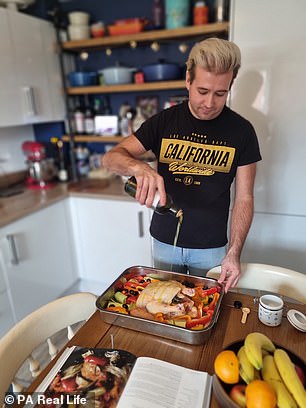 Nathan, who suffers from anxiety, says that spending at least 10 hours a week making three of the domestic goddess’ recipes, as well as photographing his creations and writing a blog has improved his confidence not just about cooking, but in dealing with life. 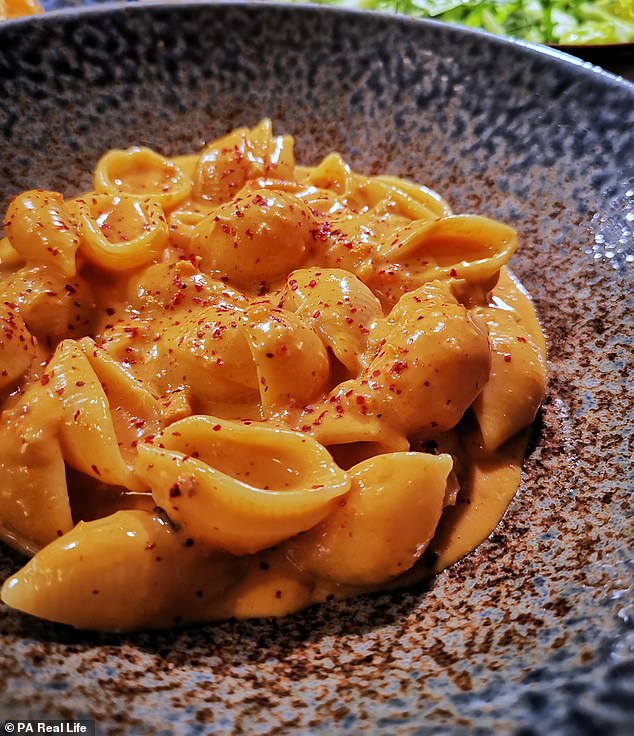 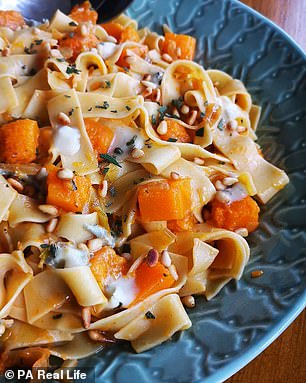 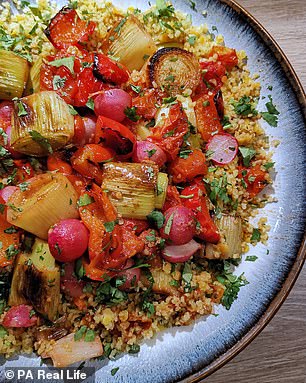 ‘Once I had my own place, I began collecting even more. I would pick up at least three or four every time I went to a car boot sale and now I’ve got at least 150. I still don’t have enough space to put them all on display.’

Then, being a long-time admirer of Nigella, Nathan’s mum bought him the Simply Nigella cookbook when it came out in October 2015 – and fell in love with the way she wrote about food.

He said: ‘Her passion for food and the way she talks about it just leaps off the page. It isn’t all about kitchen skills and showing off, which I love. I connect with her books in a way that I don’t with many others – they make me feel safe and comfortable.’ 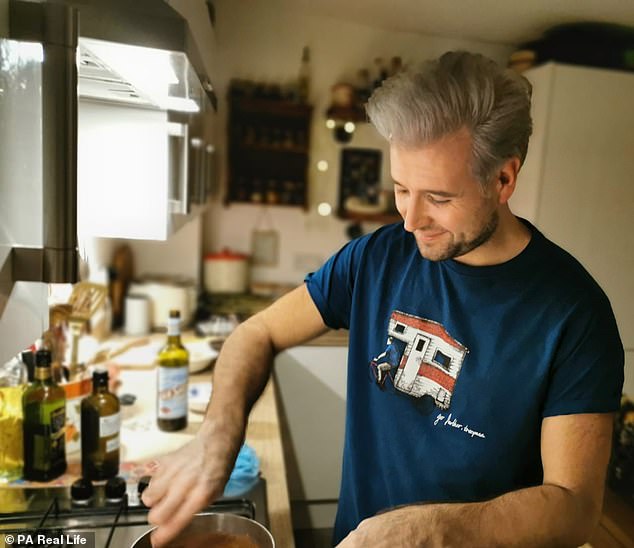 Nathan Young is cooking a different Nigella Lawson recipe for 365 days. (Pictured in his home) 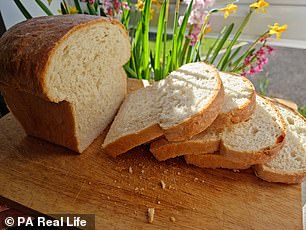 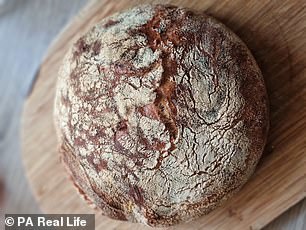 His collection of her recipes expanded over the years – but as with many of his other books, he rarely cooked any of the dishes.

He explained: ‘I’ve always really struggled to follow recipes. I had all these cookbooks and I would flick through them, admire the pictures, but never dug much deeper.’

That all changed in October, when he was snuggled on the sofa with Marcin and their two beagle dogs, watching an episode of Nigella: At My Table.

He said: ‘Nigella made this dish of gemelli – a type of pasta – with tomatoes, mascarpone and anchovies, which I have spent my life avoiding. 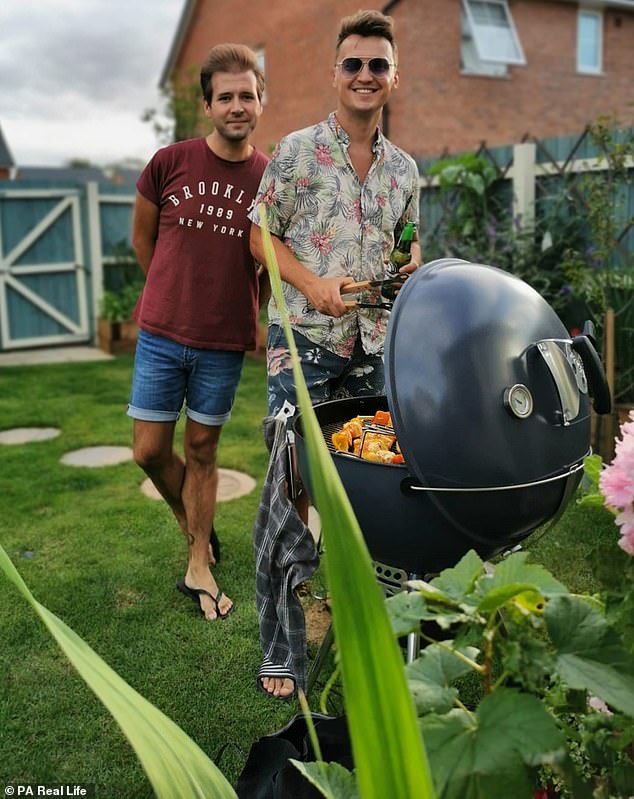 Nathan with husband Marcin cooking on a barbecue, he says his grandmother got him into cooking

‘But I thought, ‘Let’s bite the bullet and try it.’ When I made it, it was one of those revelation moments – it tasted incredible. It was then that I realised how much food I had been missing out on by being squeamish.’

With his general anxiety also making him nervous about experimenting in the kitchen, Nathan often stuck to cooking the same meals, like chilli or spaghetti Bolognese.

But, inspired by his gemelli success, he set himself the challenge of cooking a different Nigella recipe for 365 days.

The first dish he officially made for the challenge was a Thai yellow pumpkin and seafood curry from Nigella Bites, which he posted on November 1.

He said: ‘I have never been a big fan of handling or preparing fish – I’d always wait outside when mum went to the fishmonger’s. But I gave it a go and the end result was worth it.

‘My husband loves fish and always complains we don’t eat enough of it at home, so that’s all set to change now.’

Due to lockdown restrictions, Marcin has been the sole beneficiary of his husband’s wonderful cooking – which he is more than happy not to share. 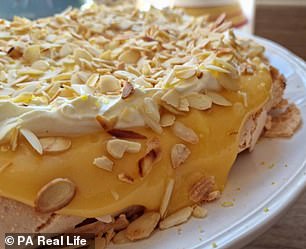 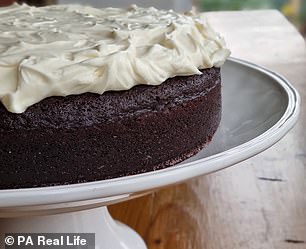 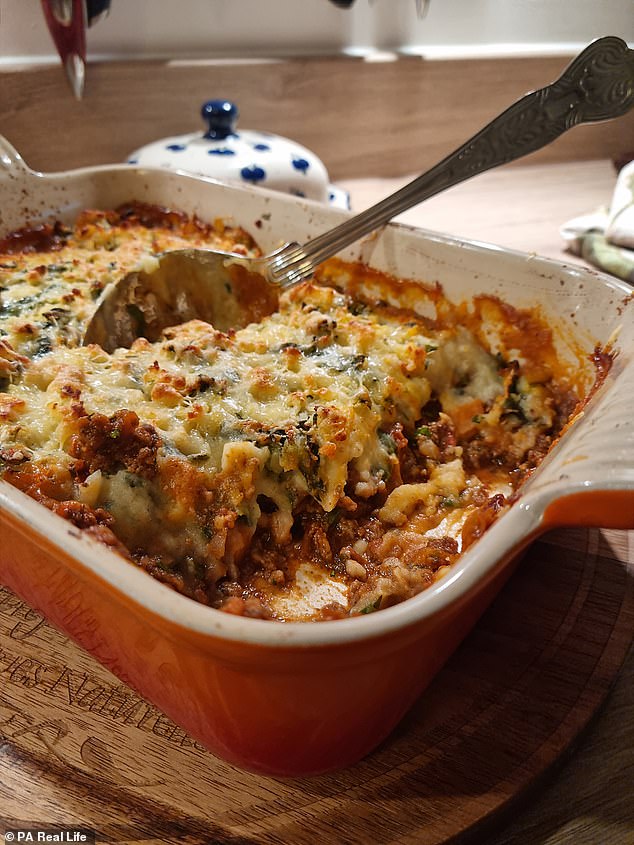 Leftovers from Black Pudding Meatballs and Brown Butter Colcannon, one of the recipes made so far

‘He isn’t so pleased about all the washing up he has to do,’ Nathan joked.

Delighted to receive all the remaining Nigella books he was missing for Christmas, despite many tasty successes, Nathan admits to one culinary catastrophe.

He said: ‘I recently made Nigella’s lemon pavlova and left it in the oven to cool for an hour, as the recipe called for.

‘But, because the fan wasn’t on, it kept cooking so, by the time I came to check on it, it looked like a cow pat to be honest!

‘To make matters worse, I completely forgot it was in there and for dinner, I put the oven on 220C and when I came to put the food in, it was a write-off.

‘I hate waste and felt so guilty – but it happens to the best of us, I guess.

‘Thankfully, the second attempt the next day turned out a lot better.’ 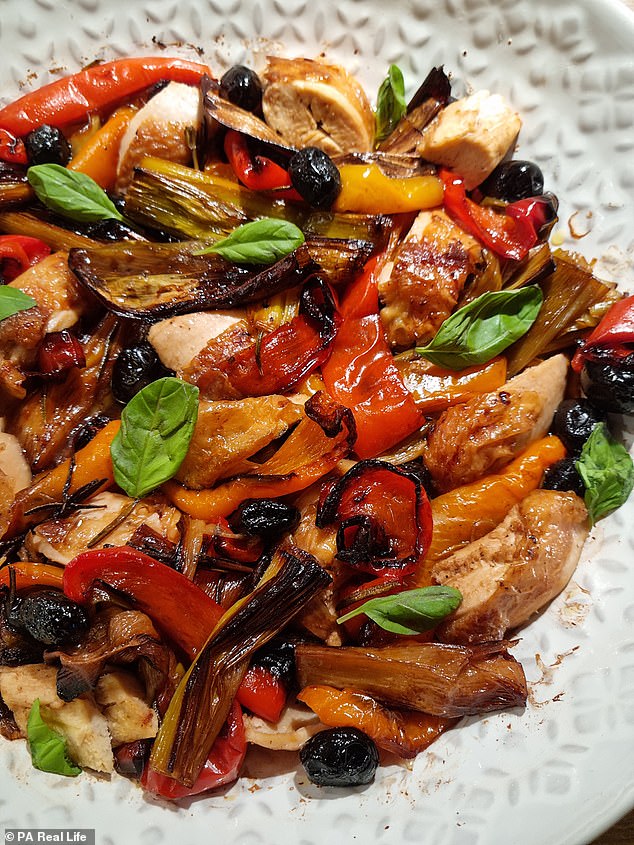 Pictured: Italian Roast Chicken made by Nathan from Nigella’s book

In between working from home full-time, Nathan plans the dishes he will make on Thursday and Friday each week, buys the ingredients on a Saturday and blogs the end result a couple of days after cooking it – posting on social media throughout.

But the challenge has eased his anxiety, rather than added to it.

He said: ‘In the past, I’ve been known to get hot and flustered in shops and just abandon my list.

‘But with this, I’ve been able to relinquish control over what to buy and what I need to do – I just follow Nigella’s instructions.

‘During that hour or so I spend in the kitchen cooking, I can completely shut down and forget about the complexities of everyday life. It has helped me so much.’

Due to his hatred of waste, he decided to space out the days on which he conducted the challenge and turns the leftovers into dishes with his own signature touch – for example, making an orzo, lemon and dill-spiked soup from the bones of Nigella’s Italian roast chicken with peppers and olives. 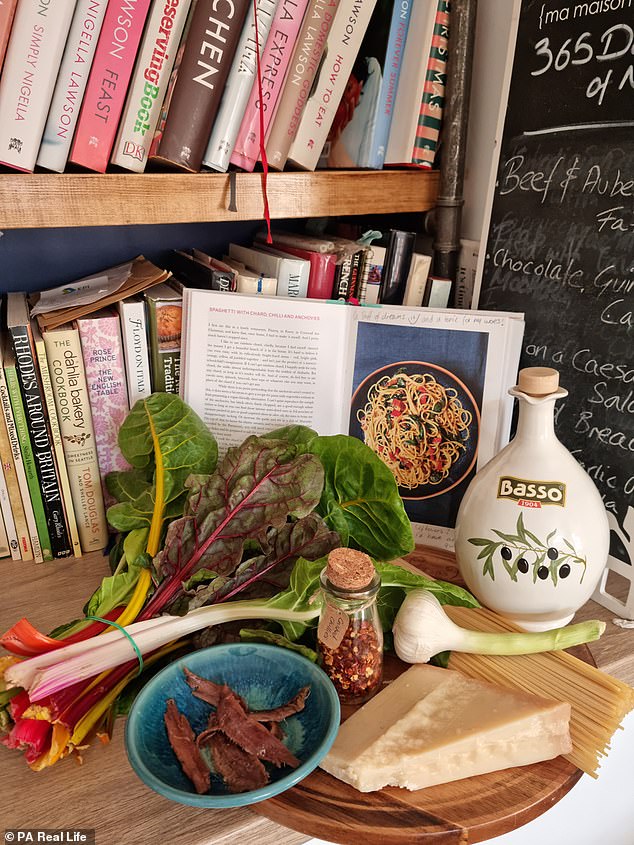 Pictured: The ingredients for Nigella’s spaghetti with chard, chilli and anchovies

Still basking in the glory of seeing Nigella share his challenge on Twitter in December, he was thrilled on March 24 when she plugged his version of her Marmalade Pudding Cake to her 2.4million Instagram followers.

Her post, which included the comment ‘isn’t it a beauty’, received 34,000 likes and boosted his own following on the platform to 1,600 and counting.

Off the back of this growing online presence, he decided to use the £20 he is saving each month from better meal planning to raise money for FareShare, a UK charity that saves good food from going to waste and redistributes it to frontline charities.

With his challenge projected to end in October next year, Nathan has a long way to go – but is enjoying every moment of the journey.

He said: ‘I can’t wait to share my cooking with family and friends when the lockdown ends – I love having people over for dinner.

And he even hoped he might be able to meet his culinary hero one day.

He said: ‘If I ever got to meet Nigella, I’d definitely have to compose myself. I’d need quite a lot of time to make sure I didn’t get too hysterical!

‘It might sound a bit unoriginal, but the main thing I’d want to say to her is simply, ‘Thank you’.’