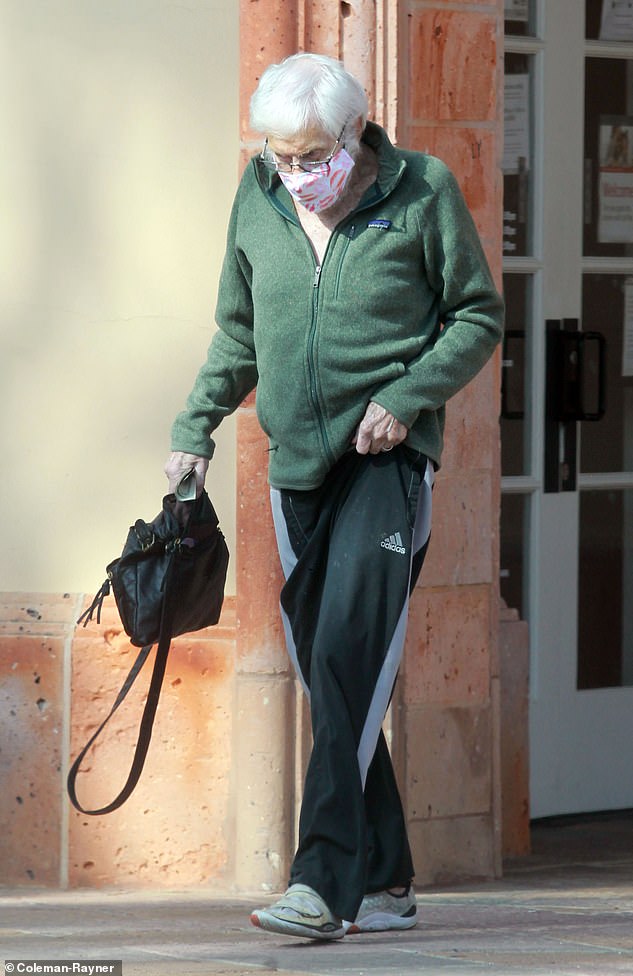 Supercalifragilisticexpialidocious! Dick Van Dyke, 95, is seen handing out wads of CASH to struggling job seekers in touching act of kindness amid the pandemic

Dick Van Dyke is living up to his reputation as one of Hollywood’s most affable and legendary stars after the 95-year-old was spotted handing out wads of cash to people in need amid the coronavirus pandemic.

The beloved Mary Poppins star, who played chimney sweep Bert in the 1964 classic alongside Julie Andrews, gave back to members of his community while running errands in Malibu on Tuesday afternoon.

The actor stopped by the Malibu Community Labor Exchange on Civic Center Way, a non profit organization that helps people find day jobs in the area.

Giving back: Dick Van Dyke was spotted handing out wads of cash to people in need after running errands in his Malibu neighborhood Tuesday 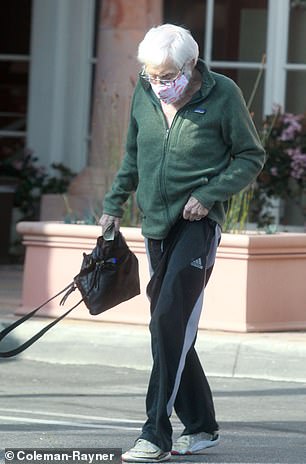 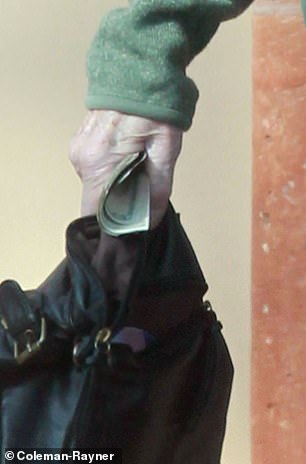 Van Dyke left a small group of job seekers stunned after parking outside the facility and handing out bills from his car window to people waiting in line for employment.

The generous act comes as millions of Americans have been struggling to make ends meet after losing their jobs due to the coronavirus pandemic.

Van Dyke himself is considered to be at increased risk for severe illness from COVID-19 due to his elder age, but seemed undeterred and in high spirits as he helped out those in need.

Earlier in the day, the star was seen picking up groceries from his local CVS pharmacy.

He later stopped by a bank to withdraw a bundle of cash to distribute to people at the center. 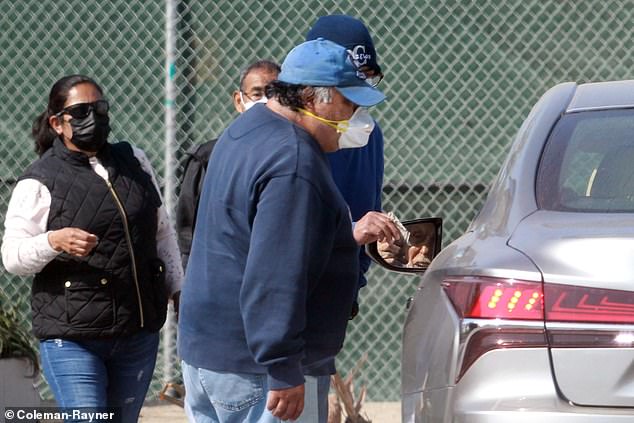 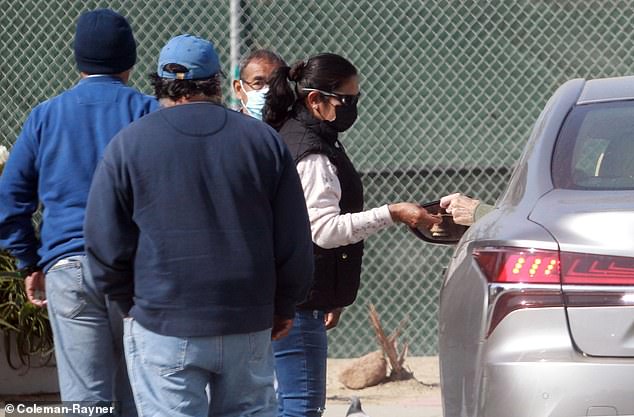 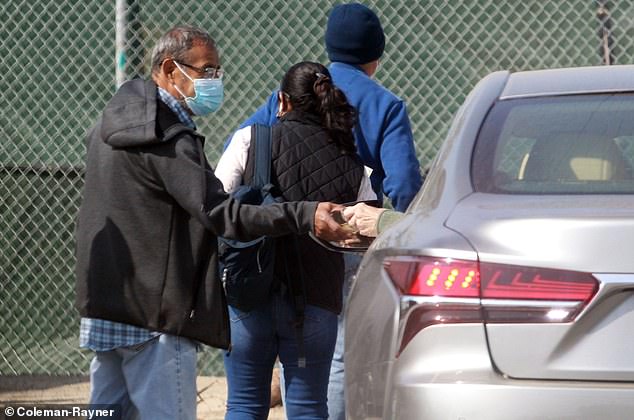 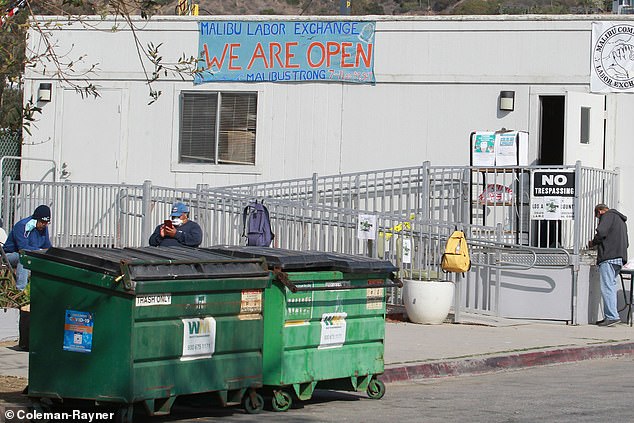 It is unknown how much money the actor handed out, but it was clear the recipients were touched by his heartwarming act of kindness.

The actor wore a green fleece jacket, track pants, sneakers, and protected himself with kiss-patterned face mask during the outing.

Van Dyke is considered an Hollywood icon known for playing various roles that date back to the 1950s. 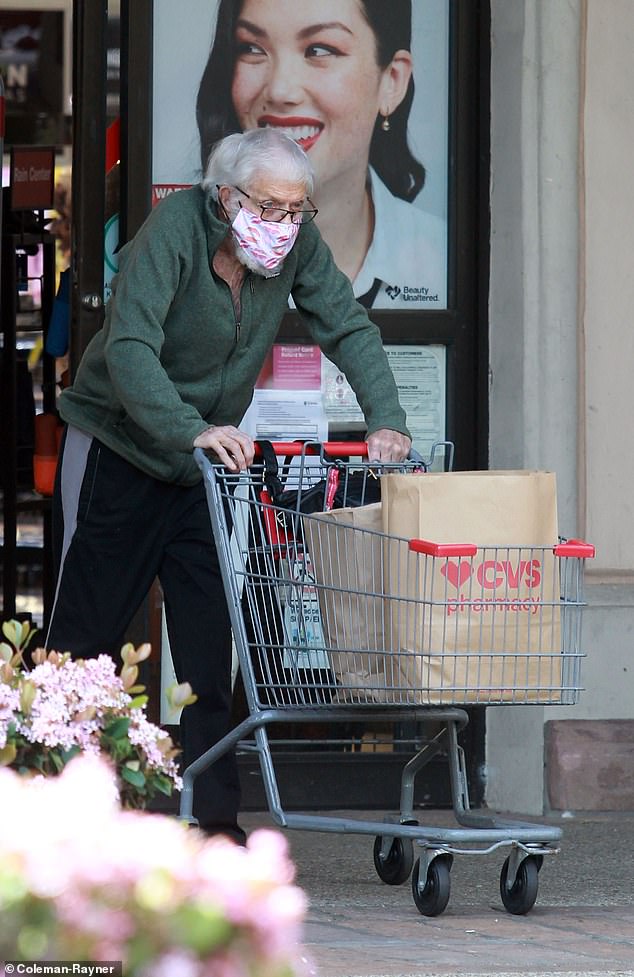 Earlier in the day, Van Dyke was spotted picking up groceries at a local CVS pharmacy 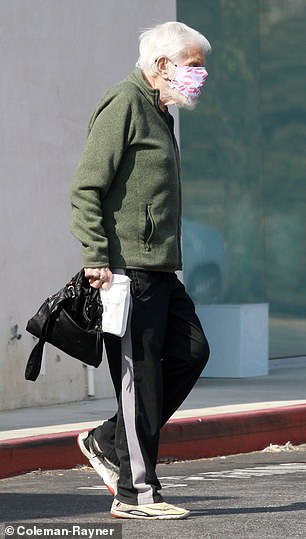 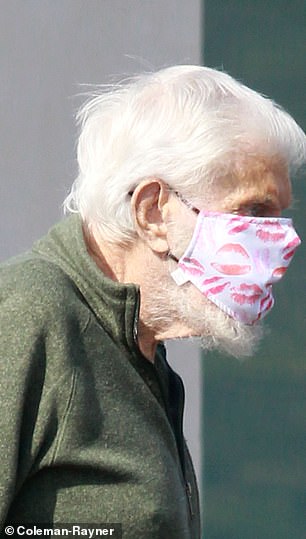 He was dressed in green fleece jacket, track pants, sneakers, and protected himself with kiss-patterned face mask 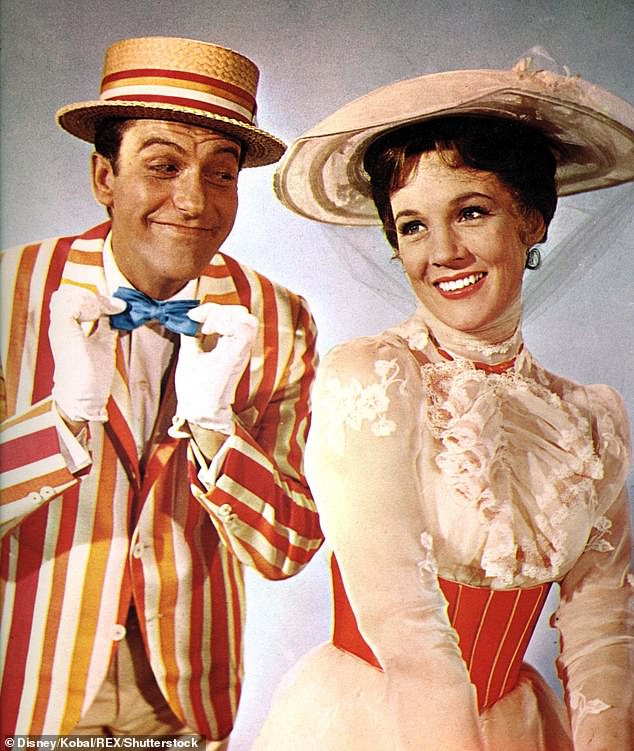 He has continued to star in films and television roles even as a nonagenarian.

Besides his standout role in Poppins, Missouri-born Dick is known for a string of other huge hits during his glittering career that has spanned seven decades.

He played major roles in Chitty Chitty Bang Bang, What A Way To Go, The Morning After, The Dick Van Dyke Show alongside Mary Tyler Moore and The Carol Burnett Show, to name a few.

Van Dyke was previously married to Michelle Triola Marvin until her death in 2009.