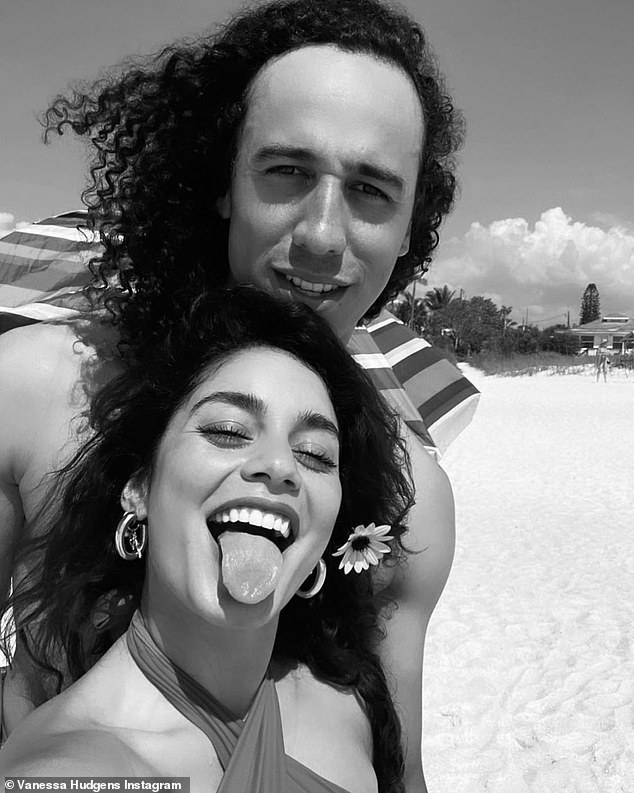 Vanessa Hudgens shared a black and white selfie of herself playfully sticking out her tongue as she posed for a sweet selfie with her boyfriend Cole Tucker in Florida.

As they enjoyed a beautiful afternoon on the beach, the 32-year-old Spring Breakers star could be seen with a daisy in her hair and a beaming smile across her face.

Meanwhile, Tucker, 24, stood behind her shirtless in front of a striped umbrella.

Lovebirds: Vanessa Hudgens shared a black and white selfie of herself playfully sticking out her tongue as she posed for a sweet selfie with her boyfriend Cole Tucker in Florida

‘Sun Girl and Moon Bo,’ she captioned the snap, which received more than 327,645 likes in less than two hours.

In response, Tucker commented a heart and sun emoji, while her longtime pal Ashley Benson commented: ‘I love you.’

Hudgens has been playing the role of supportive girlfriend to her new beau, who has been in the Sunshine State for spring training with the Pittsburgh Pirates. 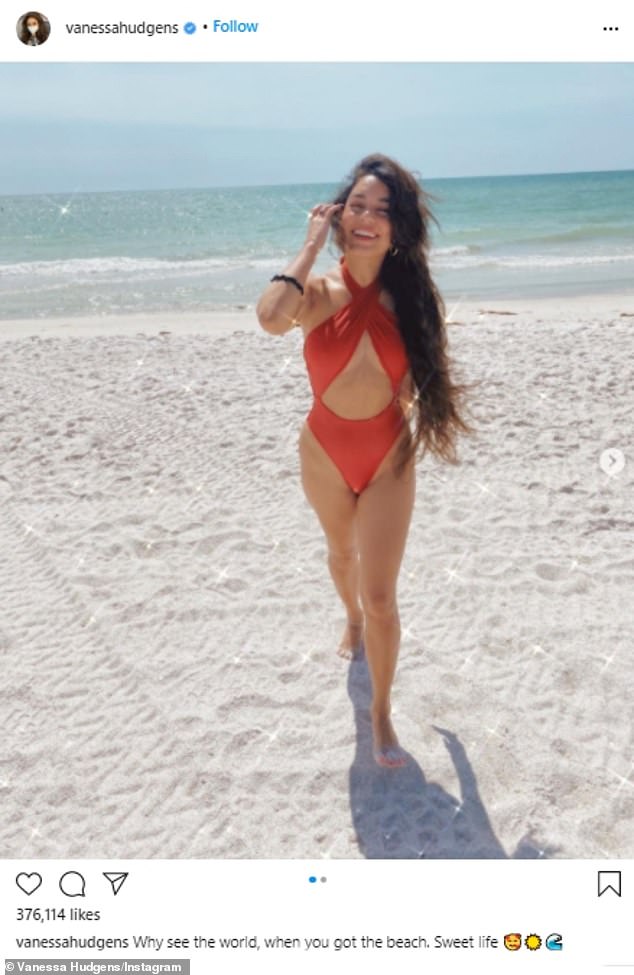 Bombshell: On Tuesday, Hudgens decided to take advantage of the summer-like temperatures, slip into a flattering red swimsuit and hit the beach

On Tuesday, Hudgens shared more shots of herself from their outing in the same red swimsuit and hit the beach.

The High School Musical alum took to Instagram to share a couple of photos taken as she put on a catwalk-like exhibition just feet from the scenic ocean.

With a big beaming smile on her face, the one-piece red number showcased her 5ft1in petite curves with its wrap-around design along the chest region. 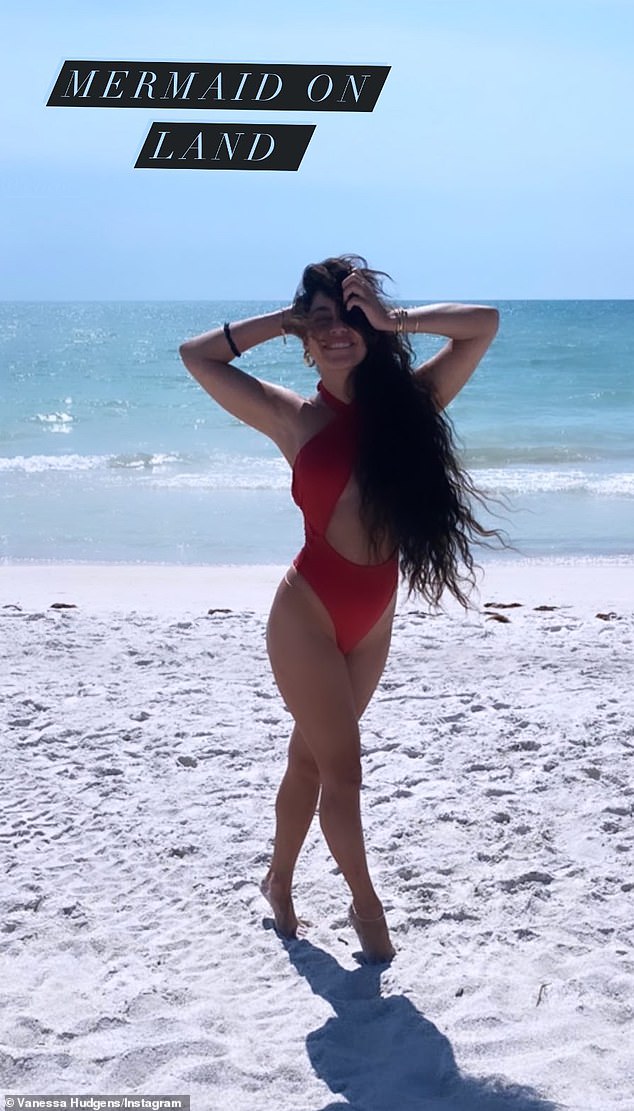 Workin’ it: The California native played the role of ‘mermaid on land’ during her exhibition

‘Why see the world, when you got the beach. Sweet life,’ she gushed in the caption.

For the afternoon outing, the California native had her brown tresses styled long and flowing to the waistline with a part on the right.

The actress and singer continued to work the camera by running her fingers through her long locks for an Insta-Story photo she dubbed: ‘Mermaid on land.’ 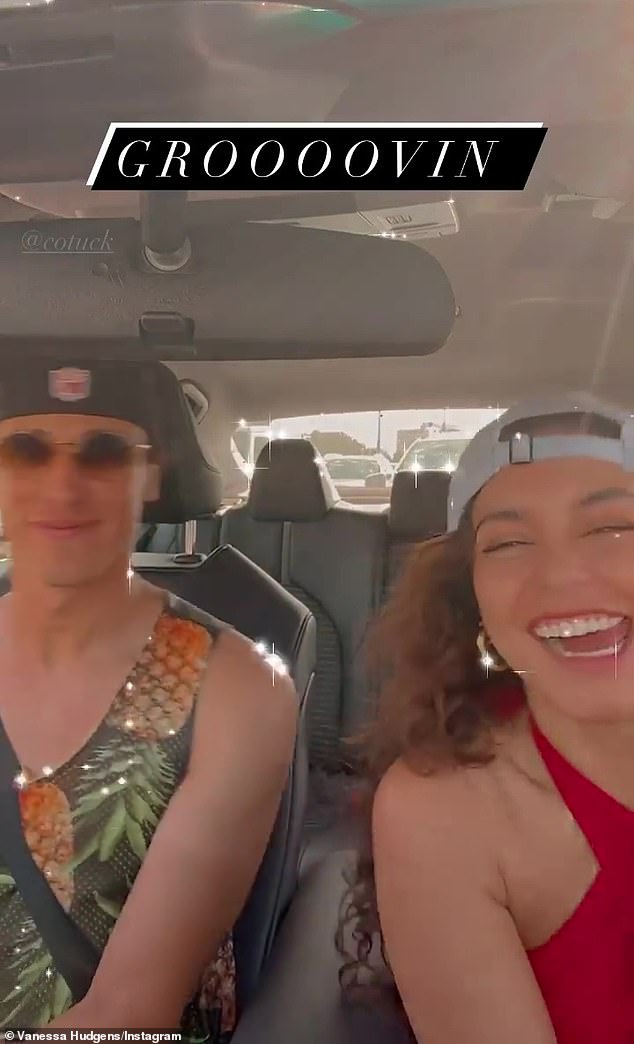 Mates: Hudgens enjoyed her day of fun in the sun with one of her guy friends 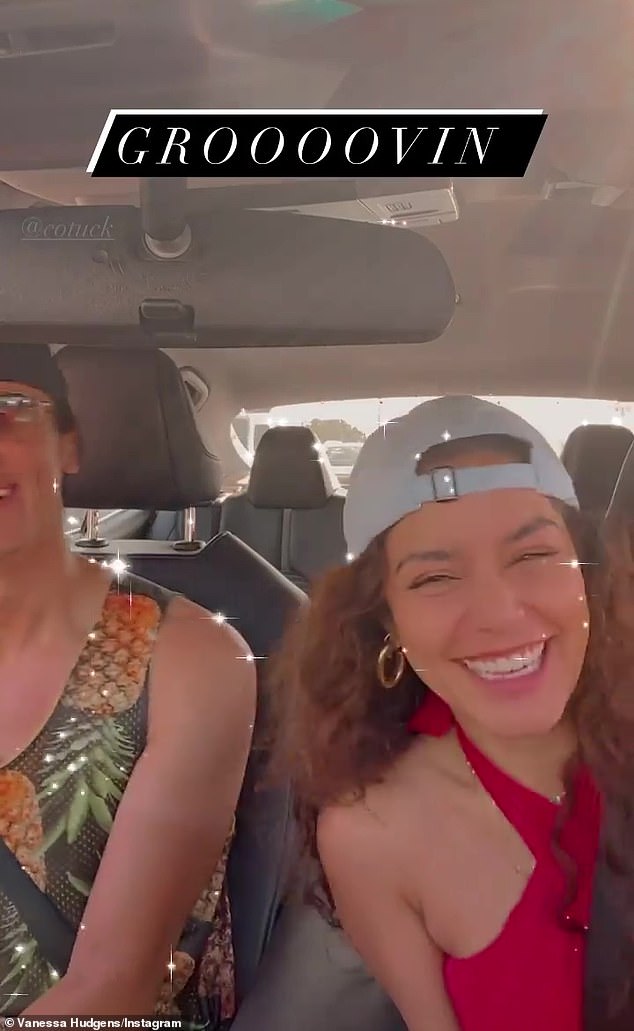 Movin’ to the groovin’: The pair teamed up for a quick video where they were seen swaying along and ‘grooooovin’ to a song while sitting in their parked car near the beach 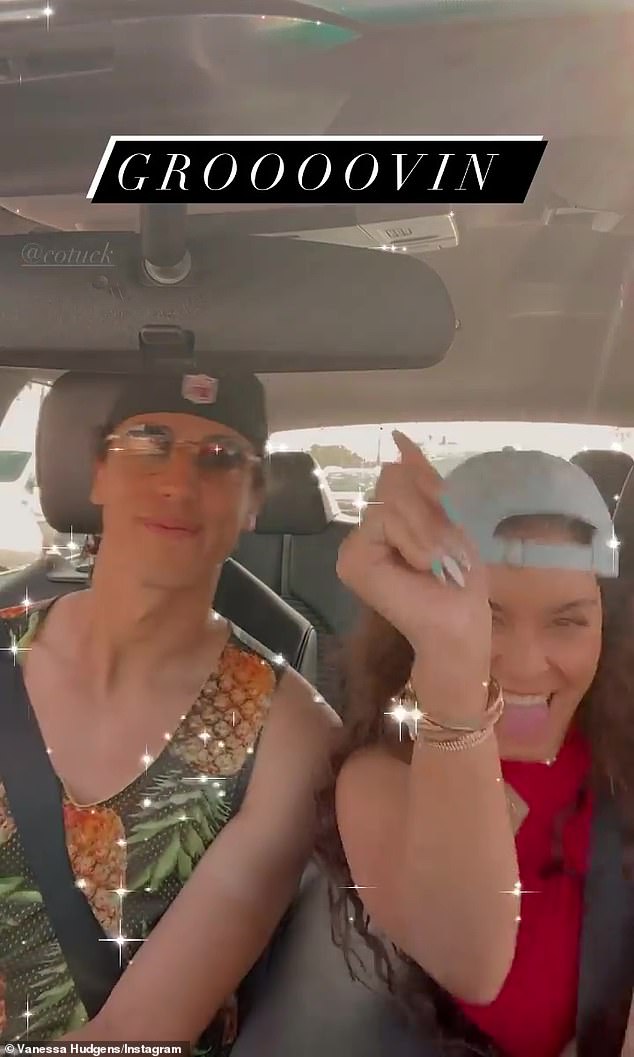 Do a little dance: Still dressed in her revealing red swimsuit, the actress couldn’t resist dancing in her car seat in their parked car

It turns out she was spending her day in the sun with one of her guy friends. The pair teamed up for a quick video where they were seen swaying along and ‘grooooovin’ to a song while sitting in their parked car near the beach.

Still dressed in her red swimsuit, Hudgens and her pal moved in tandem as they laughed and danced in their car seats.

Hudgens confirmed her romance with Tucker last month, and has since shared images of herself and friends attending some of his preseason games in Florida. 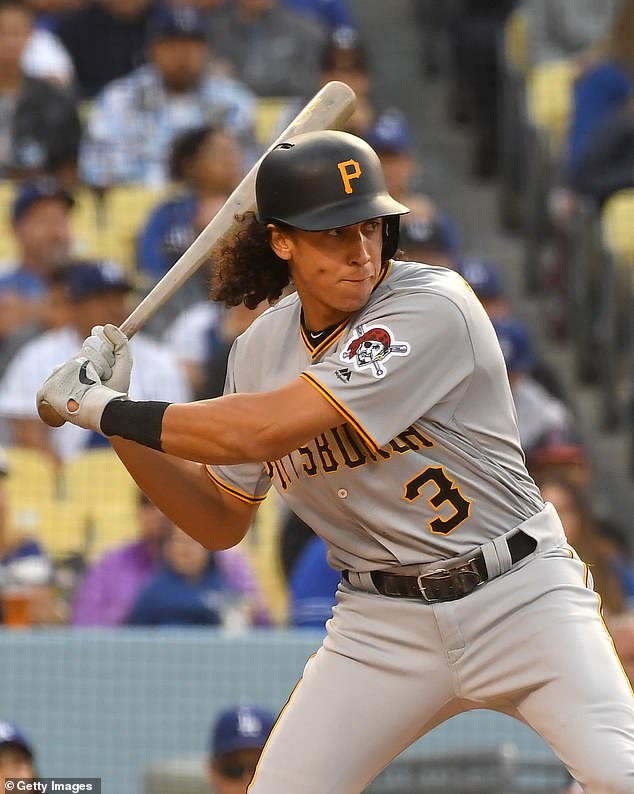 Spring training: Hudgens has been in Florida showing support for her new baseball beau Cole Tucker, who plays for the Pittsburgh Pirates; he made his MLB debut in 2019

The couple were first linked last November when they stepped out on a PDA-packed date in Los Angeles.

She went public with their romance when she shared a photo of themselves sharing a passionate kiss on Valentine’s Day, February 14, with the caption: ‘it’s you, it’s me, it’s us,’ with a heart.

Her new romance blossomed ten months after parting ways with her boyfriend of nine years, Austin Butler, who she dated from 2011 to January 2020. 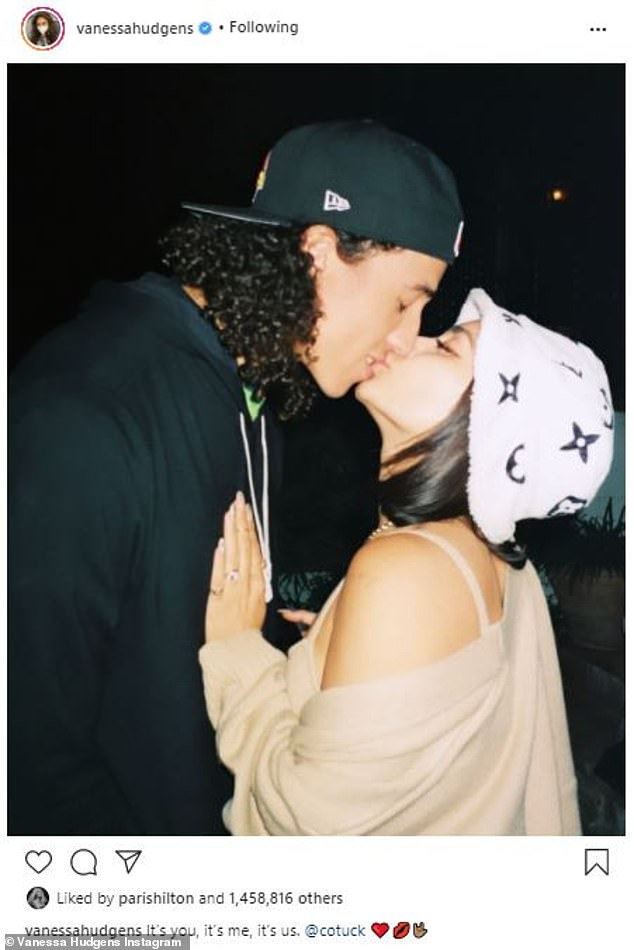 Lovers day: Hudgens and Tucker, who were first linked together last November, went public with their romance by sharing a kiss for the camera on Valentine’s Day