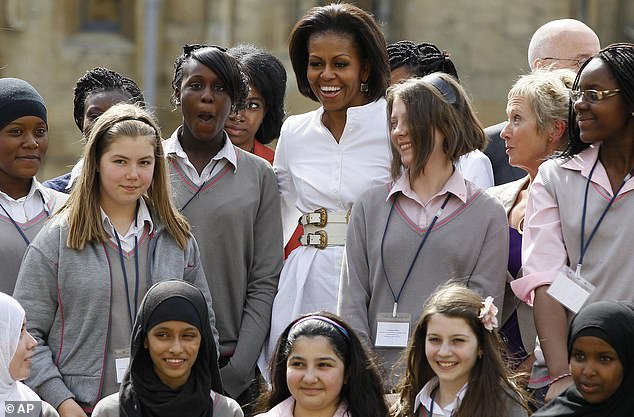 Former US first lady Michelle Obama has reconnected virtually with a group of ‘resilient and determined’ London schoolgirls she first met in 2009.

Mrs Obama spent an hour speaking by video call to current and former pupils from Elizabeth Garrett Anderson (EGA) School in Islington and Mulberry School for Girls in Tower Hamlets to promote the publication of two new versions of her 2018 memoir, Becoming.

She discussed topics including mentorship, sisterhood and leadership as well as the impact of Covid-19 on the girls’ lives.

Michelle Obama reunited with current and former pupils at the Elizabeth Garrett Anderson school in London during a virtual event. Pictured: Michelle Obama with the students in 2011 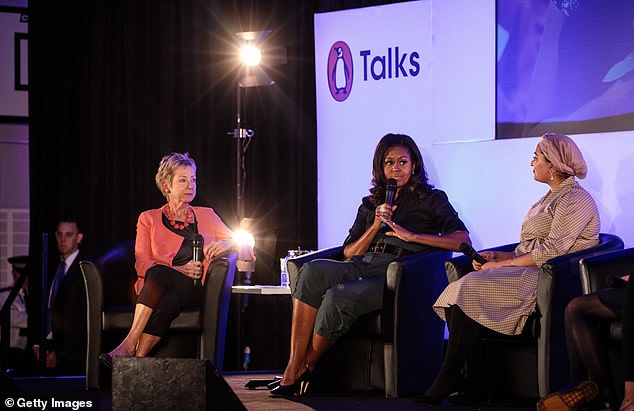 She told them: ‘Conversations like these keep me optimistic. Meeting all of you, watching your growth.

‘You all give me hope. Listening to how thoughtful and insightful you are, how resilient and determined you’ve been, how strong and capable you are.’

She first visited EGA School in 2009 and in 2011 took a group of pupils to Oxford University when she gave a talk to Christ Church College.

In 2018, she returned for another event at EGA School when she visited the UK for the publication of her memoir.

Mrs Obama first visited Mulberry School for Girls in 2015 to launch her Let Girls Learn campaign and later that year welcomed a group of pupils to the White House.

The lawyer and author, 57, reconnected with the girls on Wednesday afternoon to mark the launch of paperback and younger reader editions of Becoming. 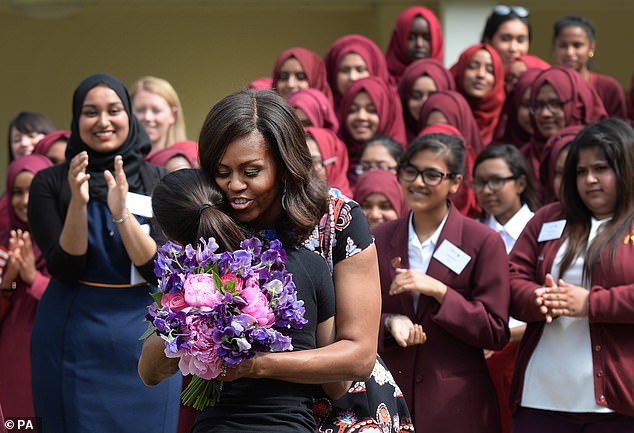 Sarah Beagley, headteacher at EGA School, said: ‘Mrs Obama has been a part of EGA since her first visit 12 years ago, before our year seven students today were born.

‘Since 2009 she has stayed true to her word, continuing to connect with us in multiple ways and remains a truly inspirational figure for generations of EGA students.

‘Her story, her passion and her determination to make a difference to the lives of others resonates completely with the values of EGA and we are proud and delighted that she values her relationship with us as much as we do with her.’

Dr Vanessa Ogden, chief executive and headteacher of Mulberry School for Girls, said: ‘Students past and present are so excited about the launch of Michelle Obama’s book Becoming, especially adapted for young readers. 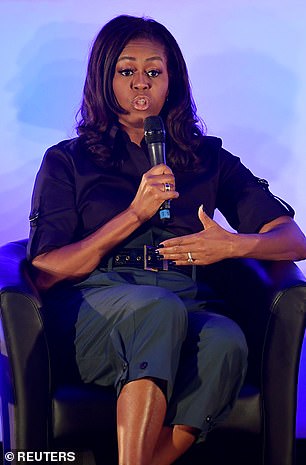 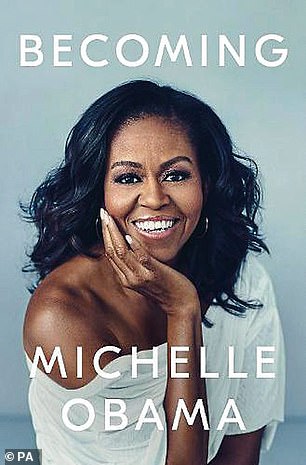 ‘Childhood and adolescence are such a formative period. Learning from Mrs Obama – one of the greatest, most inspiring women of our time – could not be more important.

‘Her use of her platform to drive change for girls is critical, breaking down barriers to education and building a sisterhood of young women advocating for each other.

‘Mulberry is deeply grateful to Mrs Obama for her generosity and support for our girls, providing many opportunities for them to have a voice and inspiring them to found Global Girl Leading as a legacy of her relationship with us.’

BBC One’s The One Show will air a film about the event from 7pm on Thursday evening, with a video of the full conversation released by Penguin on its YouTube Channel at 7.30pm.