Verdict: You’ll be drawn in

People worry about the wrong things when they’re being painted. They think they’ll get bored, or restless. But what should really concern them is what they’ll say when they start to relax.

I’ve painted a few portraits in my time, and I know from experience that sitters will share astonishing things with you. As though you were a priest, or a shrink.

Therein lies the brilliance of Katherine Parkinson’s play Sitting, which premiered at the Edinburgh Festival in 2018 and can be seen on BBC4 on Wednesday next week, and iPlayer thereafter. 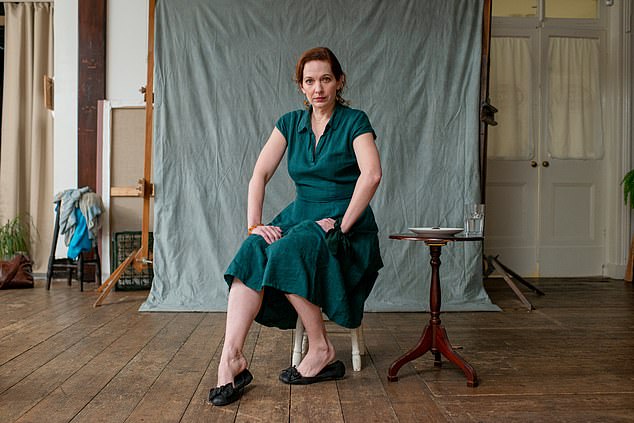 Katherine Parkinson’s play Sitting premiered at the Edinburgh Festival in 2018 and can be seen on BBC4 on Wednesday next week, and iPlayer thereafter. Pictured: Parkinson in Sitting

It’s about three people having their portrait painted. One is a working-class decorator, Luke (Mark Weinman), who loves — and loathes — his pregnant wife.

Another is a young actor, Cassandra (Alex Jarrett), who in true millennial style sees herself as ‘vulnerable but strong’.

And finally there’s Parkinson herself, as a weary, middle-aged woman who fondly recalls her youth when she looked like Meat Loaf (the man, not the main course).

I found it a little contrived at first, but I was soon hypnotised by Parkinson’s subtly plotted yarn which deftly draws you in as the trio’s secrets emerge. Their final revelations prove unexpectedly moving. 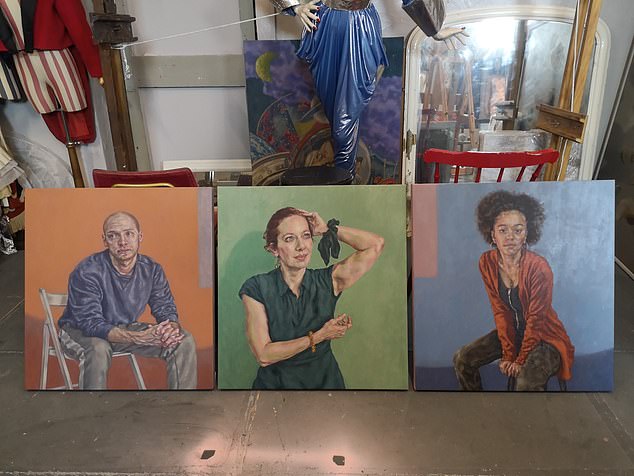 Parkinson is a wily and observant writer, noting the way people talk when they yawn, or how life-changing phone calls come ‘halfway through a satsuma’.

My one regret is that we see the painter — and his portraits — at the end. Jeremy Herrin’s production is simple and direct, against a grey backdrop in a bare-board studio, and it speaks directly to the viewer — which is why I didn’t want to see the artist, who is only there in lieu of us.

But that apart, this touching trio of performances quite caught me by surprise.

Forget Alfie Moon in EastEnders. Here, the cheeky chappie is transformed into a seedy low life — the son of a hooker, born in Trinidad’s Port of Spain at the start of the 19th century.

He is sold to an Arab trader, who flogs him to a snake charmer in Senegal. Saved by a Venetian prince, he falls in with gypsies in Mussolini’s Italy — and then digs graves in a Nazi concentration camp. 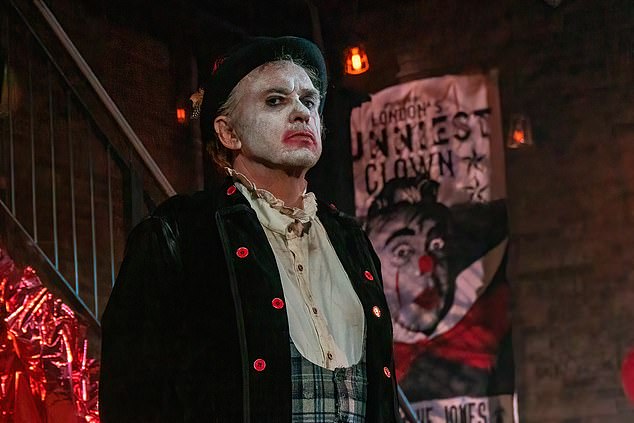 First seen starring Pete Postlethwaite in 2001, Justin Butcher’s play is a bitterly sardonic ride through the 20th century. It gurgles with gallows humour and revels in bawdy adventures in markets, brothels and fleapits.

Richie relates the action from his dressing room after a final performance as a circus clown in the last hour of the 20th century.

He is almost unrecognisable in his bowler hat; white face paint streaked with sweat and tears. His iffy Arab accent may be more Russian meerkat than Egyptian souk.

But, directed by Ian Talbot, Richie delivers his character with a slur and a snarl.

Darker still is David Ireland’s play Sadie, about a tough Belfast cleaner whose life unravels when she has an affair with a younger man.

It’s a bit like The Jeremy Kyle Show, without the safety net of security guards, as Ireland’s unwincing story wades into themes of sexual abuse and domes- tic violence.

You’ll need a strong stomach for Conleth Hill’s production, filmed at Belfast’s Lyric Theatre (and now on iPlayer, after opening the BBC’s Lights Up season of drama produced with theatres around the UK).

What blew me away was Abigail McGibbon’s stunning performance as the caustic cleaner. It’s a spellbinding study in volatility, loneliness, rage and despair.

Patrick Jenkins is all-singing bonhomie as her Catholic uncle (by marriage), while David Pearse is weirdly benign as her misogynistic ex-husband.

Be warned: Ireland writes about people whose lives are a traumatised mess. He shows Ulster as he finds it: deeply damaged and disturbed.