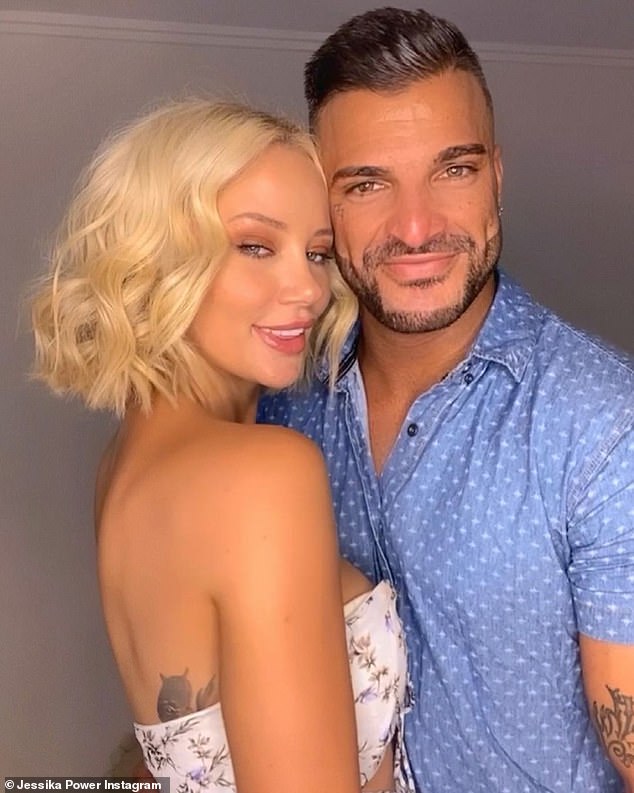 EXCLUSIVE: Married At First Sight star Jessika Power and rapper ex Filip Poznanovic’s dramatic breakup gets bitter and messy as they both share wild and explosive claims about their dating history

And now the pair appear to be embroiled in a messy breakup as they take jabs at one another online in a bitter, escalating feud.

After Jessika shared a lengthy post on Sunday slamming her former lover, Filip chose to hit back in a comment to Daily Mail Australia.

Despite explosive allegations being posed by both parties, Filip claimed that the couple decided to mutually end their relationship.

Filip claimed he was aware Jessika was friends with a multitude of her exes, but never became jealous during their relationship: ‘I didn’t mind it.’

‘We agreed to end it mutually and not be nasty,’ the Gold Coast-based rapper said, adding: ‘Jessika has a good heart and she’s an amazing friend, but as a partner she’s not what I expected her to be.’

‘I love her and I’m still in love with her. But I’m not going to let love blind me, because she’s “famous”.’ 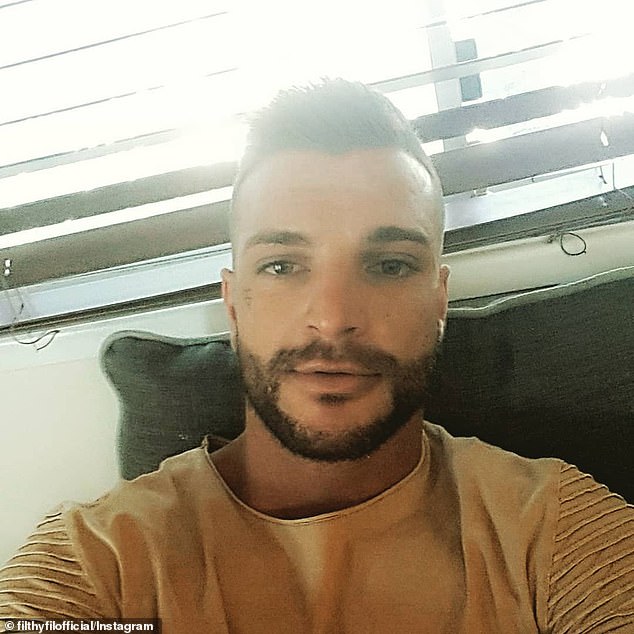 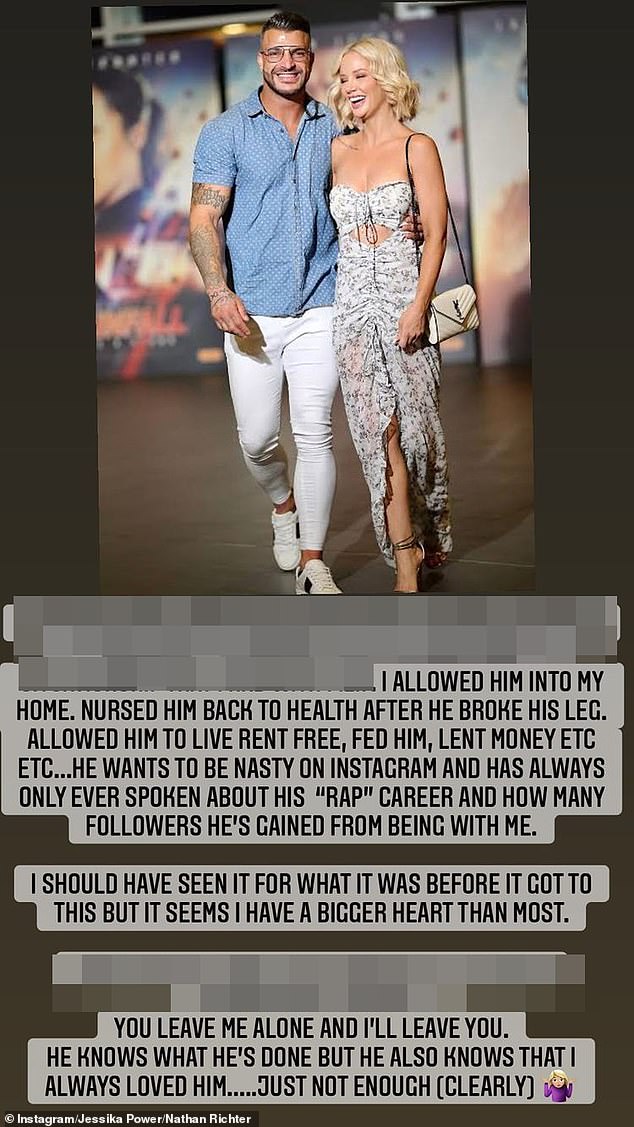 ‘Leave me alone’: Uploading a post to her Instagram story on Sunday, Jessika, 29, said she felt ‘broken and completely taken advantage of’ after welcoming Filip into her home

Jessika however appeared to paint a different picture online regarding the breakup, claiming she was left feeling ‘broken’ amid the split.

The 29-year-old urged her ex to ‘leave her alone’, and said she felt hurt after the amount of effort she put into making the partnership work.

She wrote: ‘I allowed him into my home, nursed him back to health after he broke his leg, allowed him to live rent free, fed him, lent money.’

Jessika went on to claim that her ex also boasted about how his ‘rap career’ and following had grown since dating her.

The blonde bombshell went on to call a truce, writing: ‘You leave me alone and i’ll leave you’. 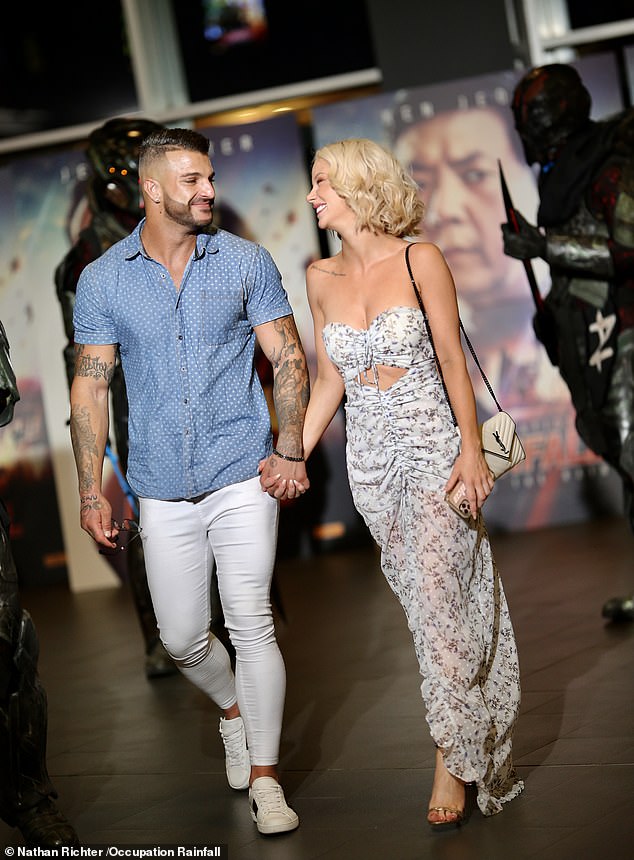 ‘I allowed him into my home, nursed him back to health after he broke his leg, allowed him to live rent free, fed him, lent money,’ she said 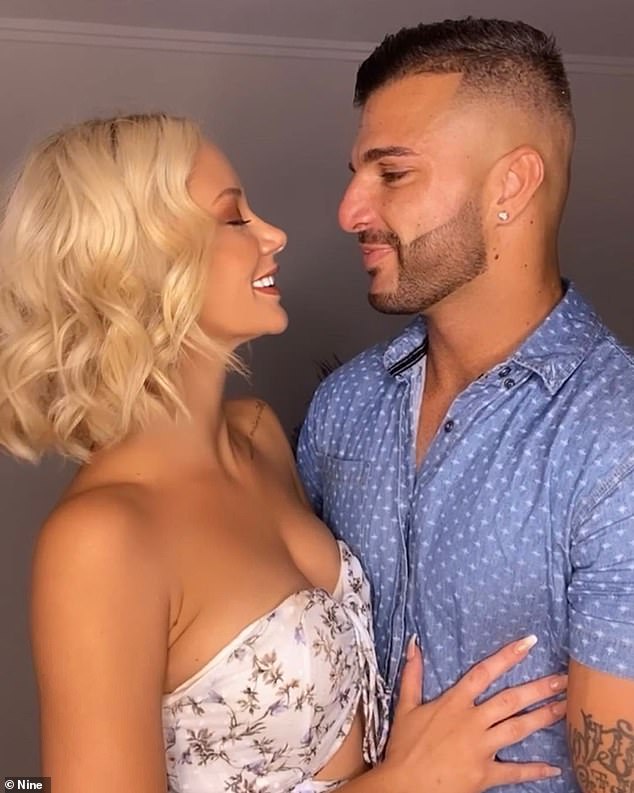 Won’t be blinded by love: ‘I love her and I”m still in love with her. But I’m not going to let love blind me because she’s “famous”‘: Filip said

Jessika announced the news on Saturday, revealing the pair had parted ways after just three months.

Speaking exclusively to Daily Mail Australia, Jess said: ‘We were really good friends before we dated. It’s just been recent that we decided that we are better as friends.’

‘I’m sad, but that’s okay…’ she continued. Jessika has since deleted any evidence of their relationship from her Instagram.

The couple were last seen together mid March, when she called the tattooed hunk into her bathroom to help her apply tanning lotion.

The blonde bombshell went public with the rapper, who goes by the hip hop pseudonym Filthy Fil, in January. 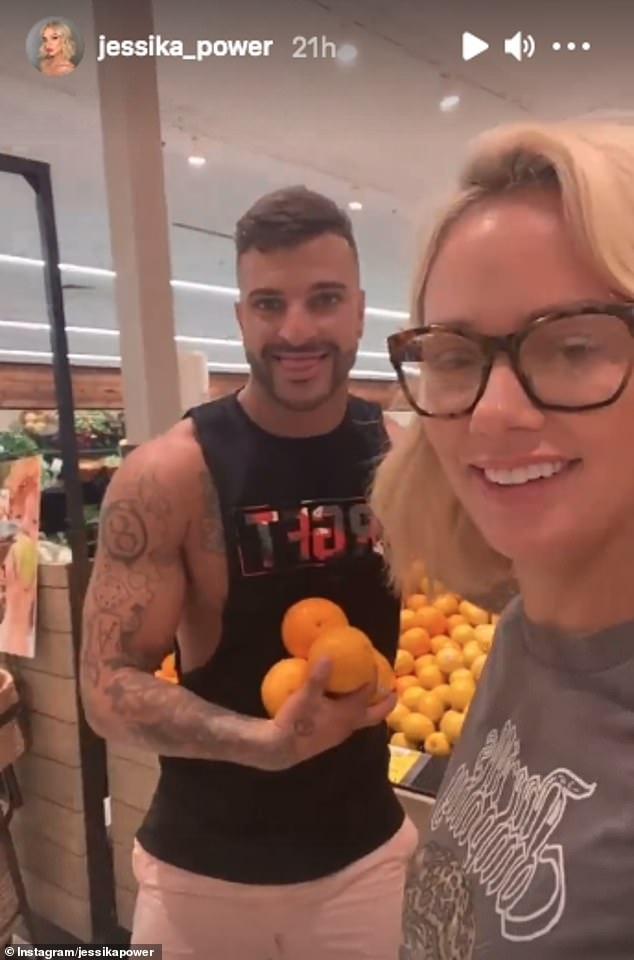 Short-lived: Jessika had only announced her relationship with tattooed Filip on January 20