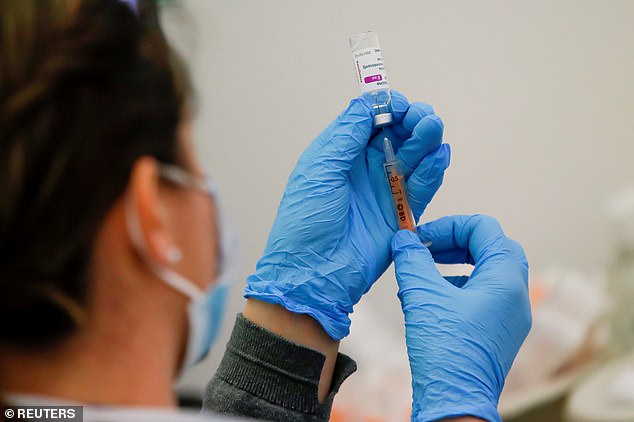 MAIL ON SUNDAY COMMENT: Easter’s greatest gift: the real hope that our ordeal is almost over

By Mail on Sunday Comment for the Daily Mail

If we had known a year ago what Britain and the world were about to go through, it would have been hard to sustain any spirit of hope or renewal – the proper spirit of Easter. It is probably a good thing we did not know.

The British people have endured an astonishing ordeal with amazing patience and fortitude for far longer than their leaders ever imagined they would, in the cause of defeating the pandemic and returning to normal life. But nobody could have believed how long, and how cruel, the ordeal would eventually be. Now, as we mark the second Easter of the Covid crisis, there are good, hard reasons for hope – far more than there were in April 2020.

It is now all but certain that the Government’s target of giving the first of two vaccine jabs to the 32 million most at-risk citizens by the middle of this month will be met before time. Production of vaccines is accelerating in British factories. The Prime Minister’s much-expressed desire for a night-and-day effort to produce and administer the vaccine has largely been met.

Can it be that the ordeal is almost over at last? We fervently hope so. File photo of a vaccination centre at Newmarket Racecourse

The effort is reminiscent of the early days of the Second World War, when the tireless Lord Beaverbrook, always refusing to take no for an answer, drove aircraft production by sheer force of personality to meet the needs created first by the Battle of Britain and then by the German blitz of our cities.

Another good side-effect of this has been a hastening British approach to self-sufficiency in vaccine supplies, a civilised and constructive answer to the selfish and sometimes spiteful folly of the European Union.

This increasingly sclerotic body simultaneously sought to hamper supplies to the UK, while spreading needless fear about the Oxford vaccine among continental populations, and refusing to use it when it had it. This foolish episode is still not over, and what a pity that is for the people of the EU, who would have been far better served if their governments had been free of Brussels interference. Those who continue to decry Brexit have a hard task in explaining exactly why it is that centralised, supranational bureaucracy is such a good way to run a society or an economy.

As if to prove that flexibility and enterprise are flourishing again in an independent Britain, the resources and opportunities which led us to vaccine success are now being deployed and exploited in the search for an effective drug to treat Covid in those who still catch it. A taskforce, modelled on the one that made us a world leader in immunisation, has every hope of a breakthrough, taking full advantage of the hard experience in treating the virus, gained by our hospitals in the past year.

Let us hope they are swiftly successful, so providing another reason to get the country back to freedom.

And as a first step to that liberation, the Government’s commitment to reopen foreign travel on May 17 still stands, and must still stand.

This is not in any way a frivolous issue. As The Mail on Sunday has pointed out before, travel and air transport are key sectors of our economy. They are engines of business, and providers of employment. As it happens, they also have the power to make people happy, joyfully reuniting separated families and rewarding hard work and patience with well-earned pleasure.

Can it be that the ordeal is almost over at last? We fervently hope so.