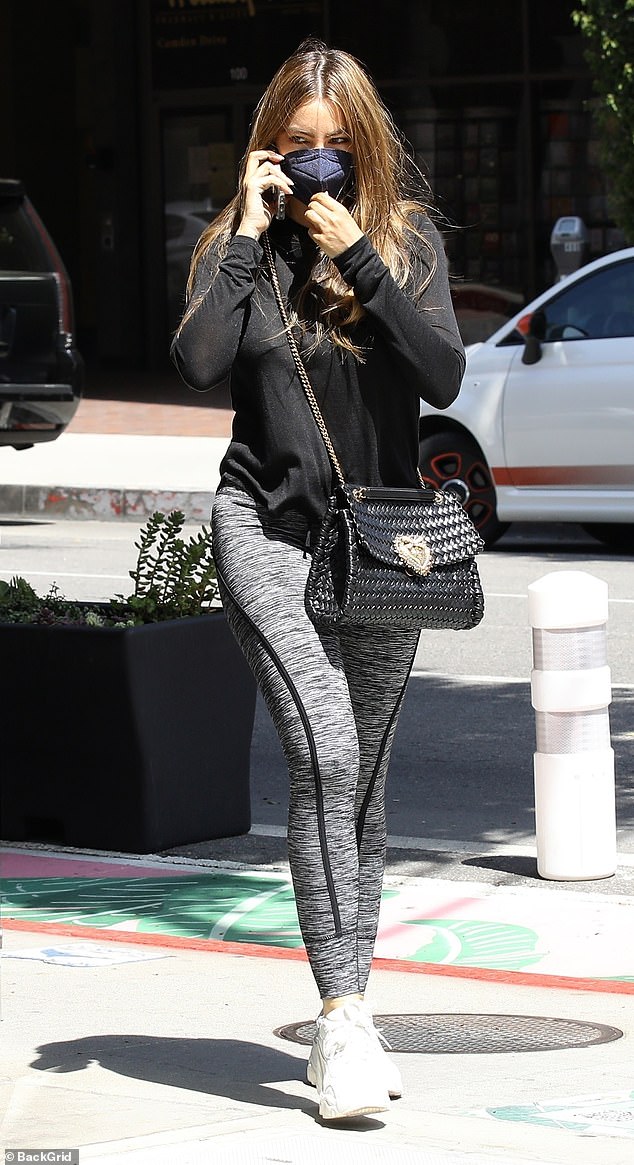 Sofia Vergara has been hard at work on the judge’s panel filming for the upcoming 16th season of America’s Got Talent.

But the Modern Family alum took some time out from her busy work schedule to head out on an errand run in Beverly Hills on Saturday.

For her solo outing, Vergara opted for a casual-sporty look featuring a pair of black and white-patterned yoga pants that hugged her curves.

On the go: Sofia Vergara, 48, stepped out on an errand run in Beverly Hills on Saturday

She also donned a black long-sleeve shirt, white sneakers and carried a large stylish purse over her left shoulder as she made her way into another building in the posh city.

The casual ensemble strayed away from Sofia’s often glamorous exterior, which always includes a pair of stiletto heels.

As for her hair, the Golden Globe nominee had her lightened tresses styled long and straight with a part in the middle. 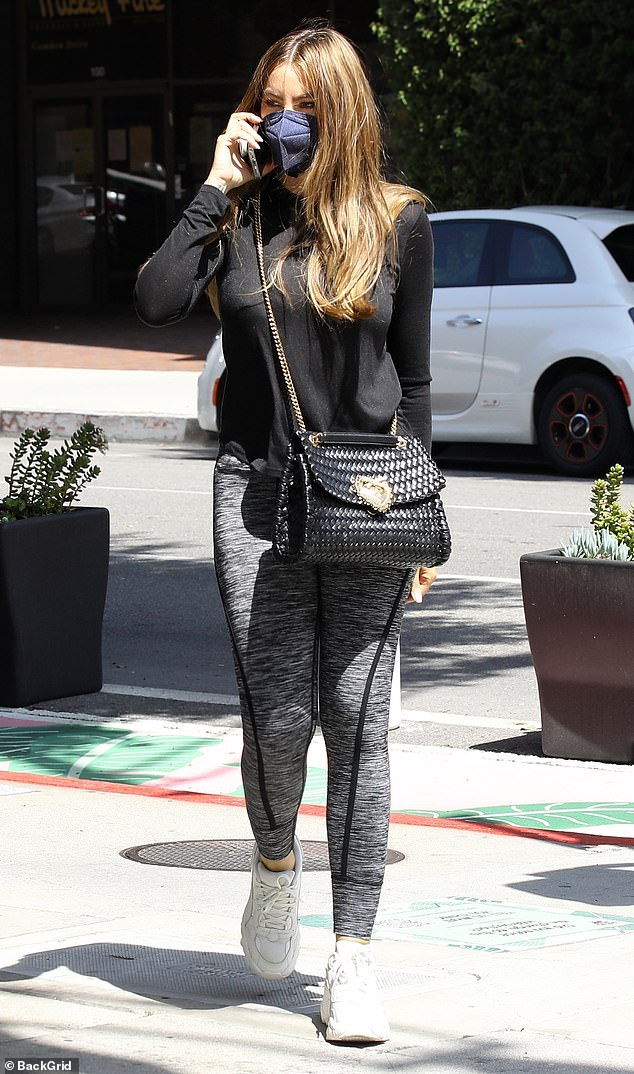 Casual: The actress and entrepreneur was the picture of athleisure in black-and-white patterned yoga pants, a black long-sleeve shirt and white sneakers

With the COVID-19 pandemic still a health crisis, the actress made sure to wear a black protective mask over her mouth and nose after getting out of her parked vehicle.

The outing comes four days after former fiancé, Nick Loeb, lost a final appeal in his attempt to use the frozen embryos they made while still together.

On Tuesday, a Los Angeles Superior Court judge granted Vergara a Permanent Injunction preventing Loeb from using the embryos to create ‘a child without the explicit written permission,’ according to documents obtained by People.

The former couple broke up in May 2014, leaving their frozen pre-embryos in limbo. 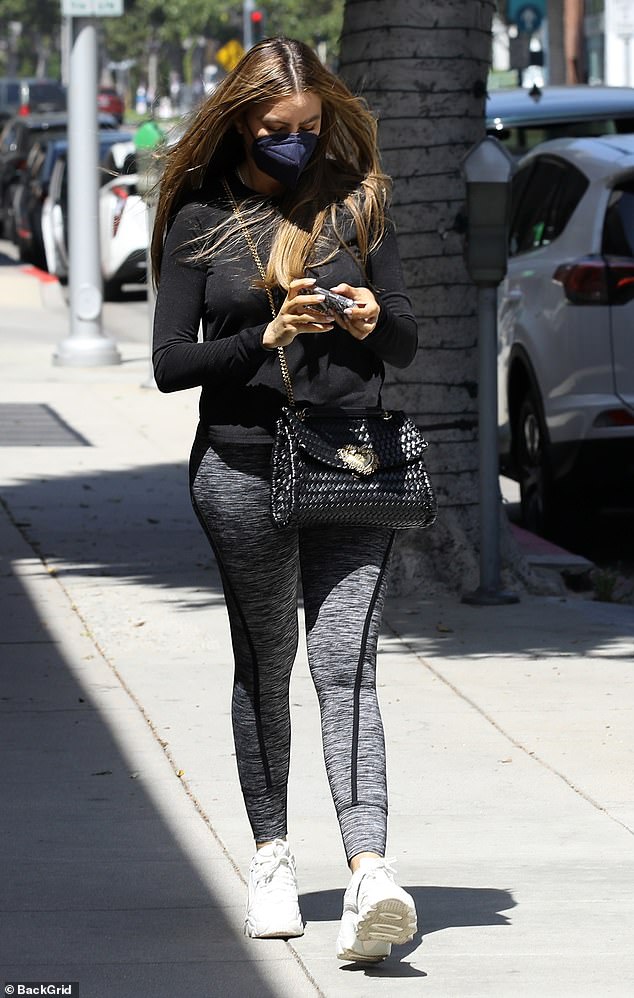 Safety first: The Colombia native made sure to wear a protective mask over her mouth and nose amid the still dangerous COVID-19 pandemic 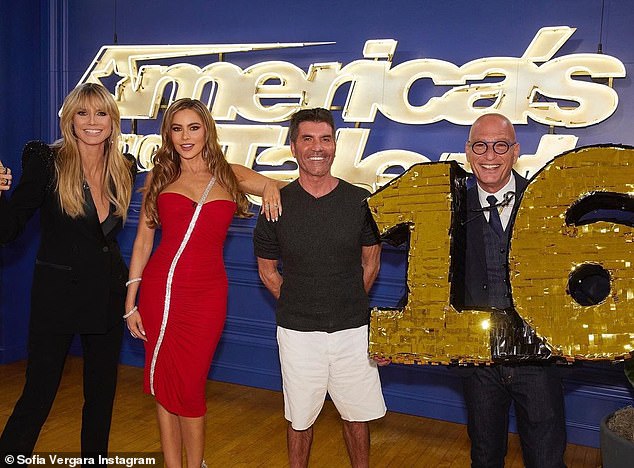 AGT back to work: Sofia Vergara began shooting for the upcoming season 16 of America’s Got Talent in Los Angeles this past week alongside fellow judges Heidi Klum, Simon Cowell and Howie Mandel

Shooting for season 16 of America’s Got talent commenced this past Wednesday at the Pasadena Civic Auditorium.

Joining Vergara on the judge’s panel will be Heidi Klum, Howie Mandel and Simon Cowell

America’s Got Talent premieres on June 1, 2021, with host Terry Crews. 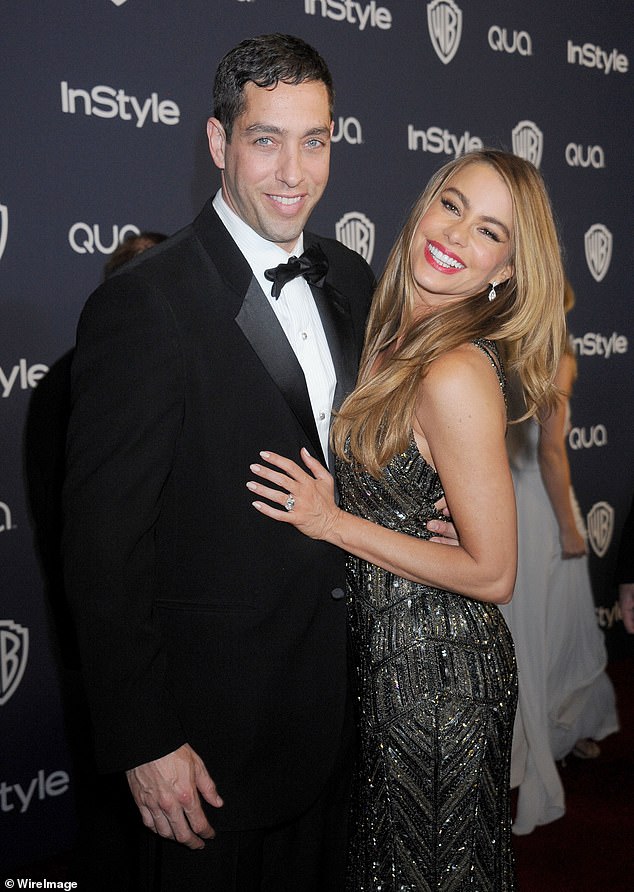 Court ruling: The errand run comes four days after former fiancé, Nick Loeb, lost a final appeal in his attempt to use the frozen embryos they made while still together; they split in 2014