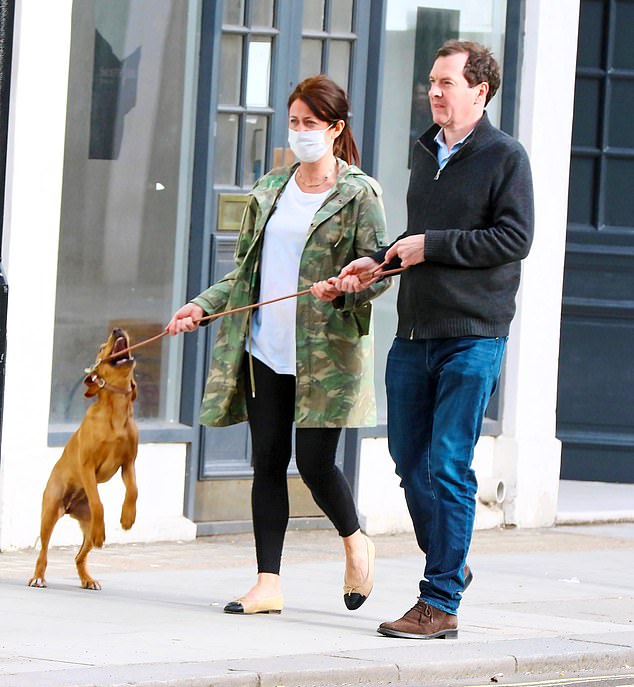 TALK OF THE TOWN: George Osborne and his pregnant fiancee Thea Rogers have a mischievous new pup

By Charlotte Griffiths for The Mail on Sunday


It’s the dog all the toffs want to get their paws on these days… a fox-red working labrador. But I’m not sure that George Osborne and his pregnant fiancee Thea Rogers are ready to send their mischievous new pup on to the shooting fields quite yet.

First the adorable dog got one of its legs wrapped around its lead during a walk near London’s Portland Hospital before then trying to gnaw her way through the leash. Later the dog looked likely to jump up at the former Chancellor, before Thea bent down give her a loving pat on the nose.

Having a new puppy just months before welcoming a child into the world is my idea of a nightmare but perhaps Thea, a Deliveroo executive, has taken some tips from her fiance and seems well-equipped to balance several jobs at once.

Osborne quit frontline politics in 2017 but has had no shortage of roles since then, and recently took up a lucrative position at investment bank Robey Warshaw. He also chairs the Northern Powerhouse Partnership. 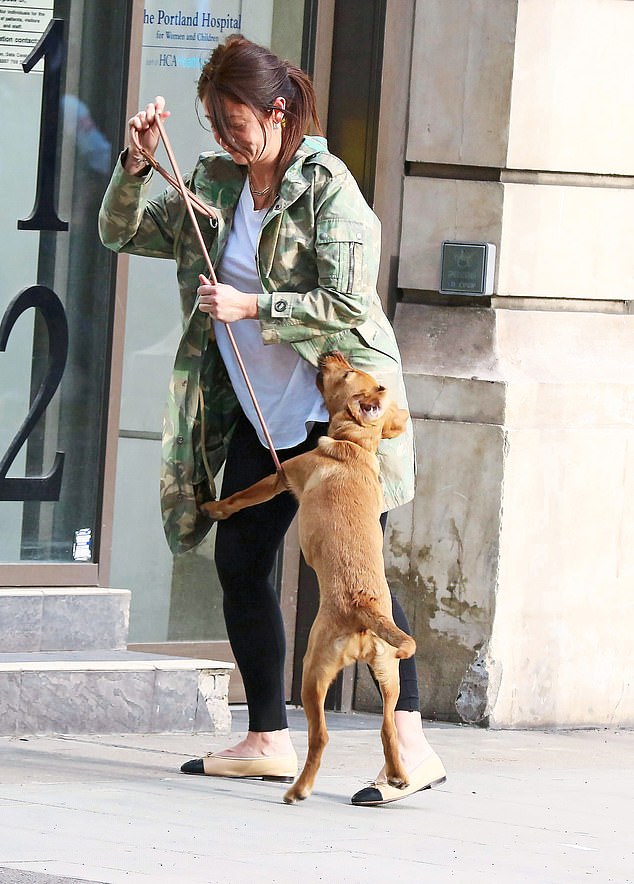 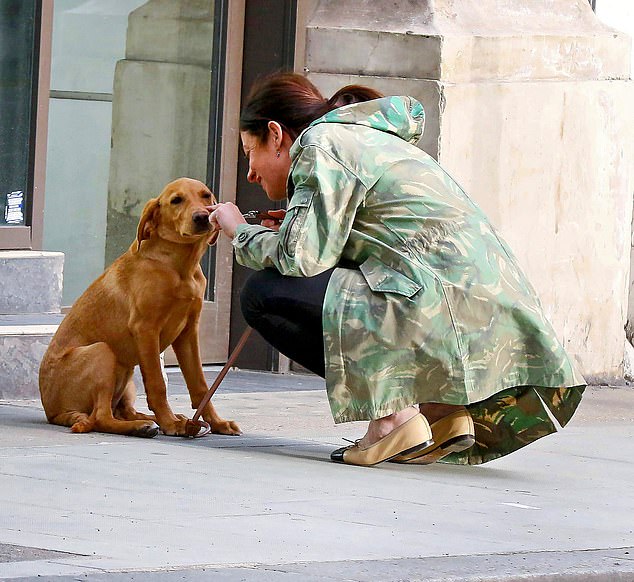 Having a new puppy just months before welcoming a child into the world is my idea of a nightmare but perhaps Thea, a Deliveroo executive, has taken some tips from her fiance and seems well-equipped to balance several jobs at once

David Walliams’s ex is praying for a belated wedding gift… from the Prince of Wales.

Sylvia Flote, who married Lord Oakeshott’s son Luke last weekend, is fighting plans by the Duchy of Cornwall to turn a former county court near her home in South London into flats – and hopes the Prince will order his designers to rethink a proposal to add an extra storey.

‘I have a high opinion of Prince Charles and the speeches he’s made about preserving the historic character of London from get-rich-quick architectural vandals,’ says Sylvia, 38, a former Miss Norway contender who dated Walliams in 2017.

Catch of the week… Elias Baker

Not only has Elias Becker inherited his dad Boris’s great genes – he looks pretty good in jeans too. The 21-year-old model and wannabe music producer has a growing fanbase thanks to pictures like this, and catwalk gigs with Dolce & Gabbana. While dozens of fans commented that this photo was ‘hot’ on Instagram last week, his doting mother Barbara posted a series of love-heart emojis under the caption instead.