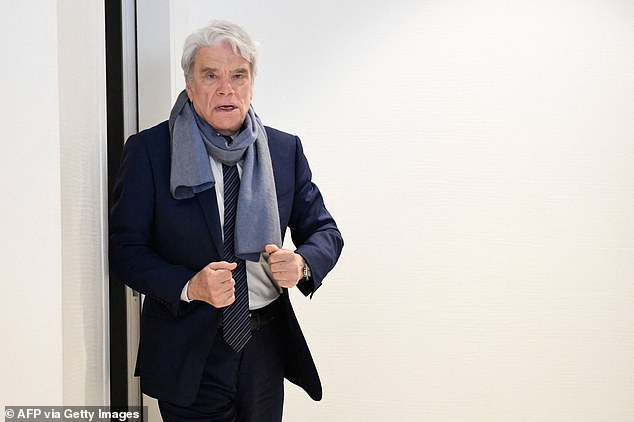 Burglary gang beat French billionaire tycoon Bernard Tapie, 78, and his 70-year-old wife and tie them up in ‘extremely violent’ raid on their luxury estate near Paris

By Antony Thrower and Peter Allen In Paris for MailOnline

Controversial billionaire businessman Bernard Tapie is recovering from an ‘extremely violent’ burglary at his luxury estate near Paris.

The former French government minister, 78, was repeatedly hit over the head when a group of men broke into his manor house in Combs-La-Ville overnight on Saturday.

They beat up Tapie and his wife, 70-year-old Dominique Tapie, before tying them up with electrical cords.

Afterwards Mrs Tapie was taken to hospital for treatment but her husband chose not to.

Their grandson Rodolphe Tapie said of the attack: ‘My grandfather refused to be taken away.

‘He is shattered, very tired. He was sitting on a chair when he was hit with a club.

‘My grandmother was taken to hospital for a check-up. She’s doing well.’

The burglars eluded guards stationed outside to break into the house known as Moulin de Breuil through a first-floor window.

Local prosecutors indicated that the burglars got away with two watches, including a Rolex, and jewellery.

Guy Geoffroy, the Mayor of Combs-La-Ville said Mrs Tapie had raised the alarm after untying herself. 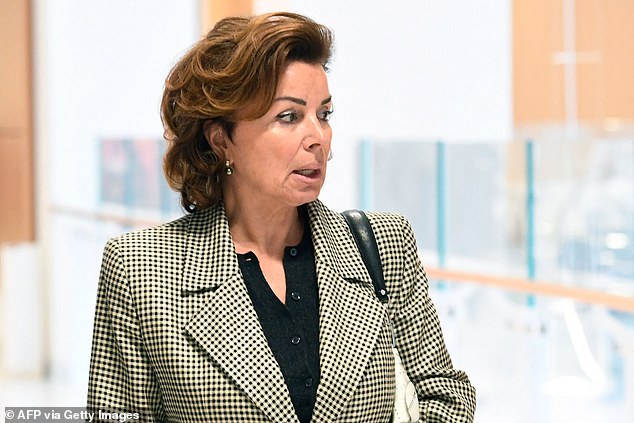 Dominique Tapie, 70, raised the alarm after managing to free herself from her electrical cord binds

He added: ‘[The raiders] pulled her by the hair because they wanted to know where the treasure was.

‘But of course there was no treasure, and the fact that they didn’t find one made the violence even worse.’

It comes as Tapie awaits a major trial for fraud following a colourful career that has seen him continually in trouble with the law.

Tapie served as a Socialist minister in France while also building up a sports and media empire. 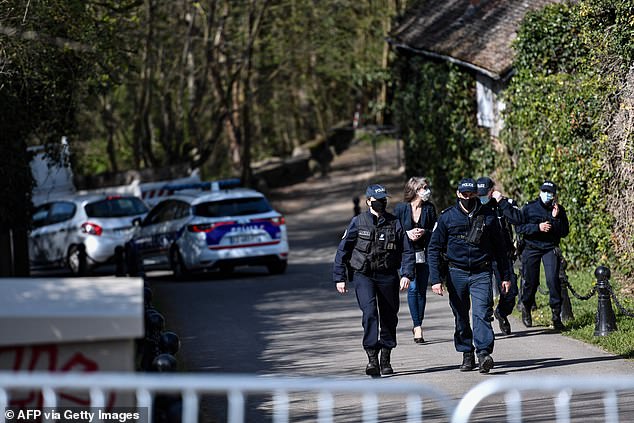 He was once owner of Ligue 1 side Marseille which won five French titles and the Champions League under him, though he was also found guilty of match fixing and the side was relegated as punishment.

Tapie has also received criminal convictions for tax fraud and misuse of corporate assets, and at one stage went to prison for five months.

Following his release in 1997, he enjoyed a showbiz career that saw him become a household name in France.

Tapie’s latest fraud trial was adjourned last year because he was suffering from cancer. It is due to resume next May.