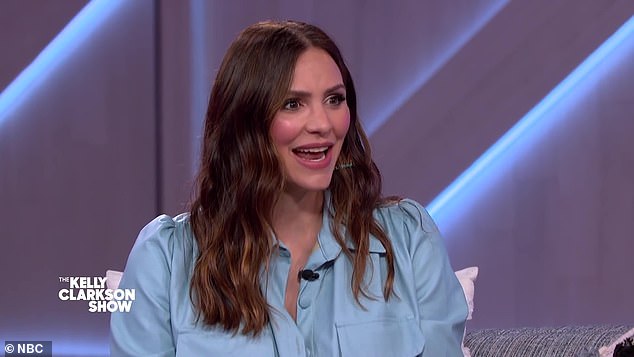 Katharine McPhee gushes over becoming a mother for the first time in a sneak peek from an upcoming episode of The Kelly Clarkson Show.

During the 37-year-old singer’s appearance, the topic of conversation focused on her newborn son, Rennie David, whom she welcomed earlier this year with husband David Foster, 71.

When Clarkson asked how McPhee was doing physically, the songwriter expressed that she was happy to be a new mother, despite the fatigue.

New priority: During a sneak peek at a future episode of The Kelly Clarkson Show, Katharine McPhee spoke about her life with her baby boy, whom she welcomed earlier this year.

McPhee expressed, ‘I’m a little bit tired here and there but I find times to nap and he’s such a good little baby and I’m so in love.’

The former American Idol contestant added, ‘It’s my greatest job I’ll ever have.’

The show’s 38-year-old host, who is a mother of two herself, agreed with McPhee’s statement and gave her take on raising mischievous children.

Clarkson said, ‘the hardest thing for me is when they’re so freakin’ cute and you love them so much but they’re doing something that’s naughty and you’re like, “nope, you will not twist me around your finger.”‘ 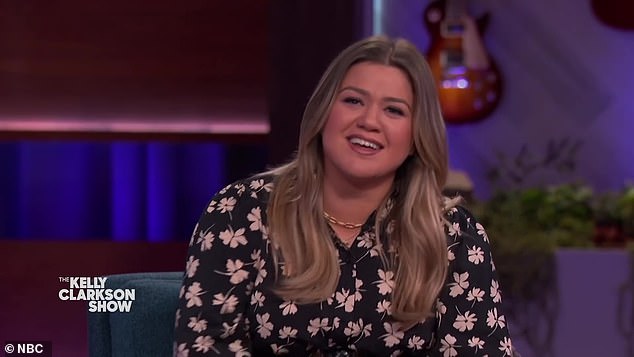 She understands: The show’s host joked with the singer about raising young children and remarked, ‘the hardest thing for me is when they’re so freakin’ cute’ 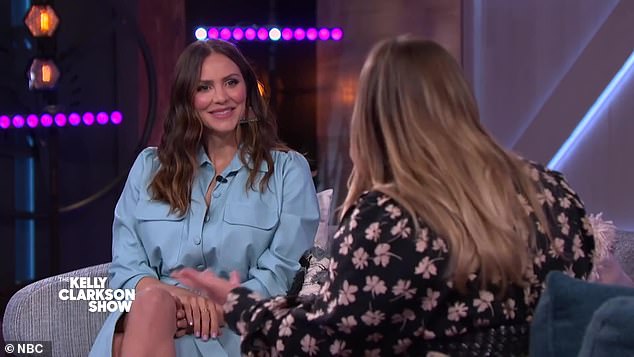 Easygoing kid: During the conversation, McPhee expressed that her son, Rennie David, was ‘such a good little baby’

McPhee then spoke about how many of her acquaintances have been asking her about her future as a mother and why she chooses to focus on the present instead.

She said, ‘my girlfriend…was like, “Can you even imagine that you’re going to have to get mad at him one day?” and I’m like, “No, he’s so sweet right now. I can’t imagine.”‘

Clarkson laughingly reassured the singer that she would eventually get to that point with her son and that she would come to realize that her first child may be more mischievous than expected.

The hitmaker remarked, ‘Trust me, it’ll happen. It’ll happen and you’ll go, “whose child are you?”‘ 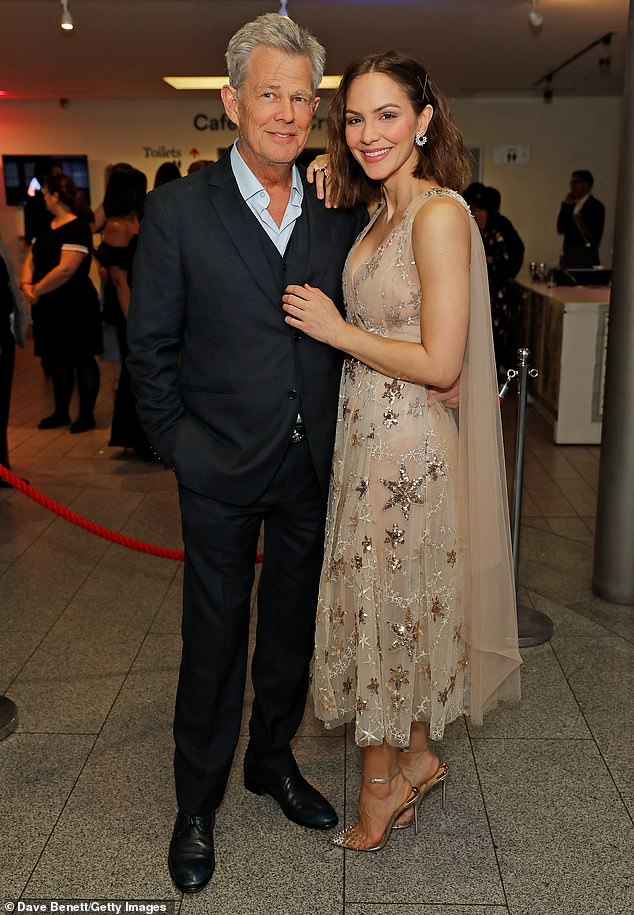 Happy parents: The songwriter shares her first child with her husband David Foster, whom she married in 2019; they are pictured in March of that same year

McPhee shares her first son with record executive and musician David Foster, whom she married in 2019, and she was previously married to Nick Cokas from 2008 until they finalized their divorce in 2016.

Although Rennie David is the singer’s first child, her husband, who is 35 years her senior, has raised four older daughters with two of his previous wives, and placed his eldest child up for adoption, reconnecting with her at the age of 30.

During an interview with USA Today, McPhee spoke about how she has attempted to work a routine into her son’s life in order to prepare him for the future.

‘I tend to follow the rules and try to keep a schedule…Discipline is good for kids,’ she said.

The singer also noted that raising Rennie had been much less difficult than she had anticipated, noting that  that her son was ‘a really good sleeper so far, so I’m keeping my fingers crossed. But he’s making motherhood a little bit easier for a new mom.’ 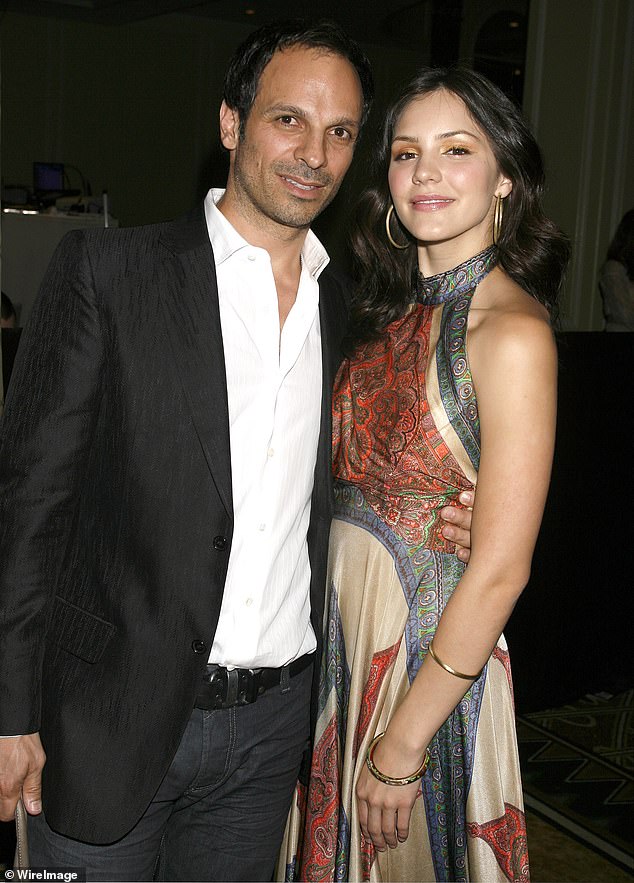 Former husband: The recording artist was previously married to Nick Cokas from 2008 until 2016; the two are pictured together in 2007 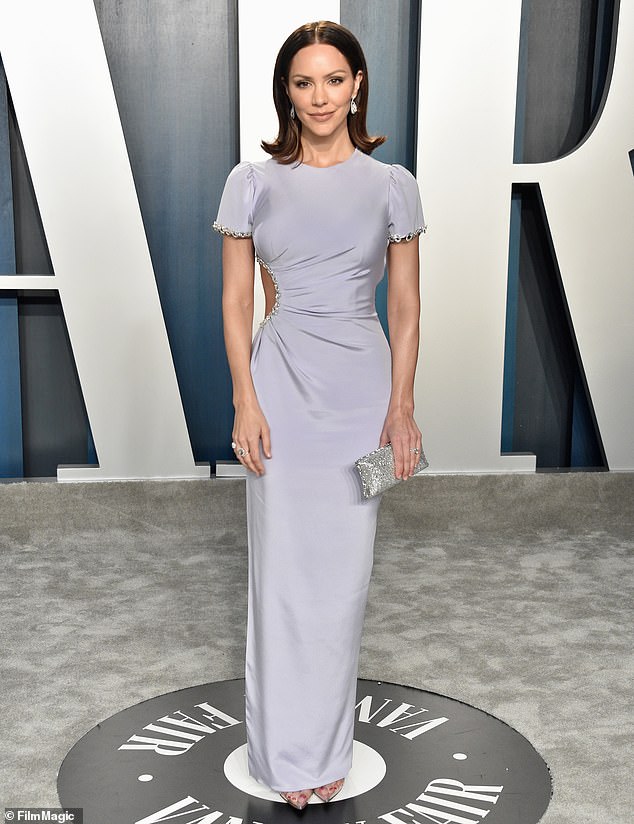 Teaching them lessons: During an interview with USA Today, McPhee noted that she was attempting to introduce a routine into her son’s life, and expressed that ‘Discipline is good for kids’; she is pictured in February of last year