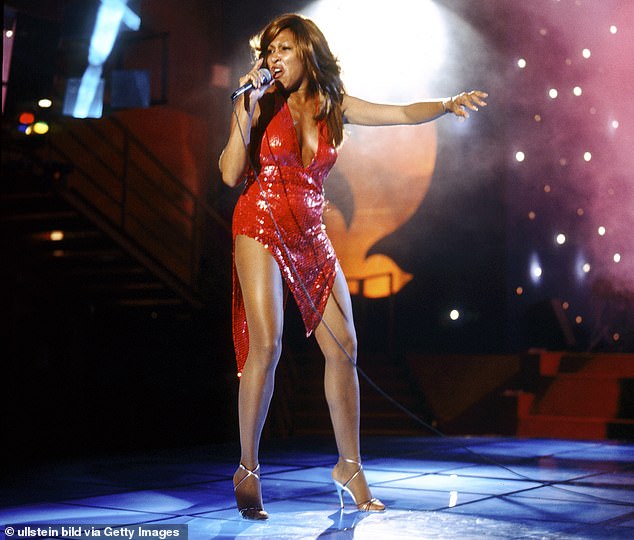 Tina Turner’s fans have taken to Twitter demanding the singer earns her a spot in the Rock & Roll Hall Of Fame as a solo artist.

The 84-year-old performer was inducted in 1991 alongside her former husband and collaborator Ike, with whom she stopped working in 1984 but has yet to be recognized for her own stellar career.

Fans and fellow celebs’ messages of support were likely inspired by the HBO documentary Tina, which explore the enduring impact Ike’s physical and psychological abuse had on  the Mad Max Beyond Thunderdome actress.

Too little, too late: Many of Tina Turner’s fans took to Twitter to express that the singer should have been inducted in the Rock & Roll Hall Of Fame years ago; she is seen performing in 1979

Many of the tweets from Turner’s fans bemoaned the fact that she was only put up for induction as a solo artist this year and that her talents as a singer and songwriter merited her nomination in past years.

One of her fans wrote that she deserved to be inducted into the Hall Of Fame as for her ability to ‘take a stage with…power and ferocity.’

Other tweets pointed out that the I Don’t Wanna Fight singer’s induction with Ike was inappropriate given her treatment by her former husband.

One Twitter user wrote that Turner’s inclusion in the Hall Of Fame alongside her late spouse was ‘blasphemy and shows how much this society will boost an abusive male and hold back the survivor.’

Talented artist: One of her fans pointed out that her stage presence has only been matched by a few other musicians

Marked reason: Another user expressed that Turner should have been inducted regardless of her attachment to her former husband Ike, who notably put her through years of abuse during their marriage 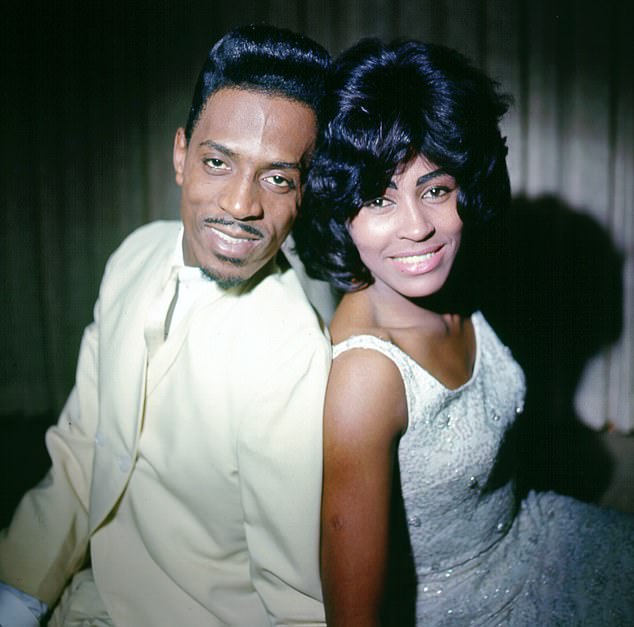 Recent release: The controversy over the singer’s late nomination as a solo artist comes not long after the release of a documentary which went over her tumultuous relationship with her late husband; the two are pictured together in a photo circa 1963

Although the organization has received much criticism for their perceived snubbing of the performer, its president, Greg Harris, told TMZ that her listeners can make their opinions known through a public vote.

The Rock & Roll Hall Of Fame’s selection process has been notably secretive over the years, and the decision to induct certain nominated individuals has been made by fellow artists and other music industry figures.

The open selection will be made from five of the top nominees that have been put up for this year’s ceremony, and the winner will receive the distinction of having been selected by the official fan vote.

Other musical artists who have been nominated for induction this year include Rage Against The Machine, Iron Maiden and Fela Kuti.

The controversy over Turner’s induction into the Rock & Roll Hall Of Fame comes not long after the release of the HBO documentary Tina, which made its debut earlier this year. 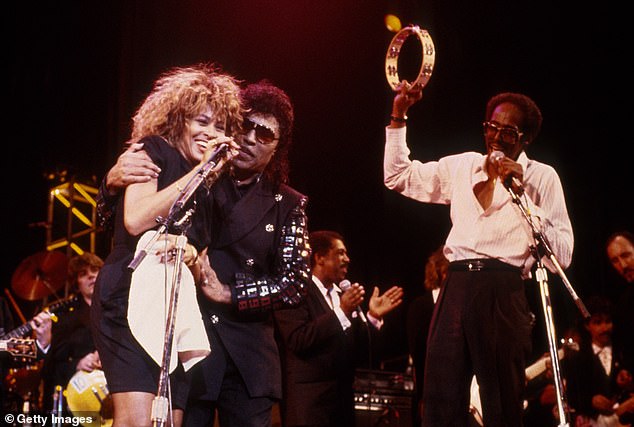 One way of going about it: The Rock & Roll Hall Of Fame is hosting a fan vote where the general public can make their voices heard about who should be included in this year’s ceremony; Turner is seen performing with Little Richard in 1989 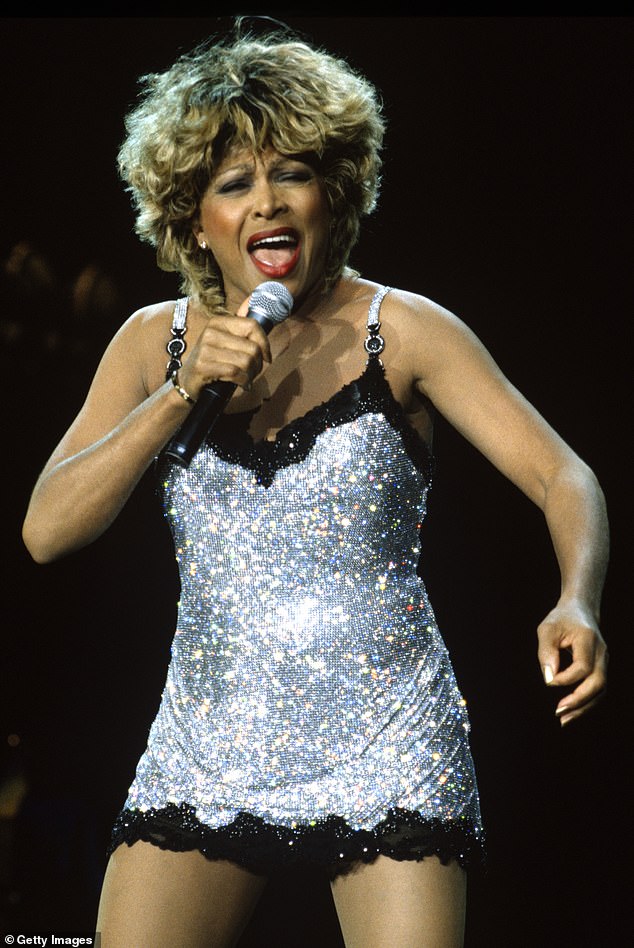 Stiff competition: Also nominated alongside the Mad Max Beyond Thunderdome actress include artists such as Fela Kuti and Rage Against The Machine; Turner is seen performing in 1997

In the feature, the hitmaker’s relationship with her former husband was examined in greater detail, as was the abuse that she endured during her time with the musician.

The film also went over the tumultuous period that the Grammy winner endured after she separated from her husband in 1976 and finalized her divorce in 1978, where she was forced to take on gigs in small venues for the pay.

She eventually went on to stage a largely successful comeback and has since continued as a solo singer in her own right and become one of the highest-selling artists of all time.

Tina received highly positive critical attention, with many reviewers pointing to the insightful way that the filmmakers chose to show the challenges that Turner had to endure during her career.

The pair’s relationship was also covered in the 1993 biopic What’s Love Got To Do With It, where the two were played by Angela Bassett and Laurence Fishburne. 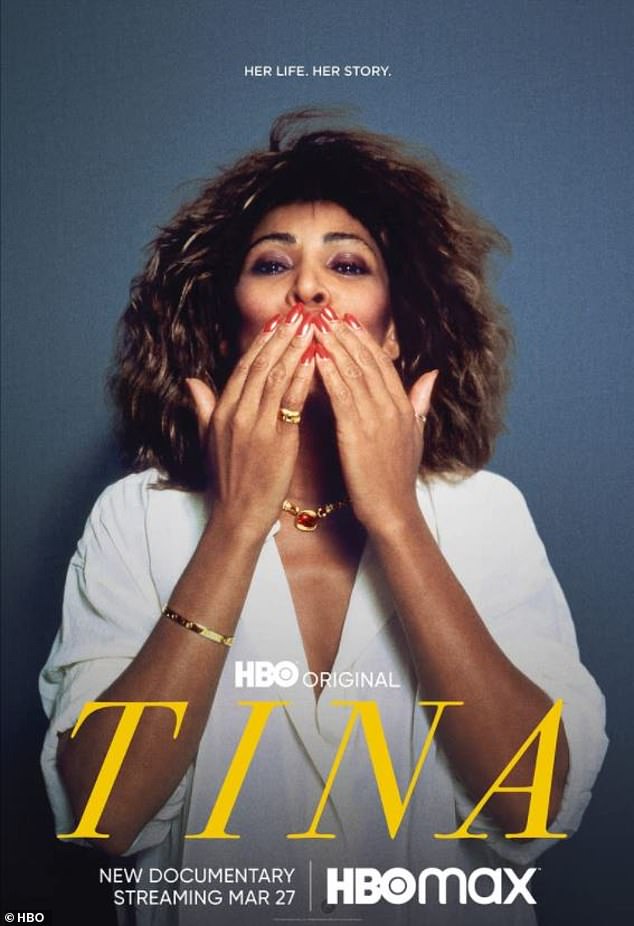 All out in front of everyone: Tina was released to highly positive critical attention earlier this year, with many reviewers praising the skillful way that the singer’s post-divorce years were shown and described