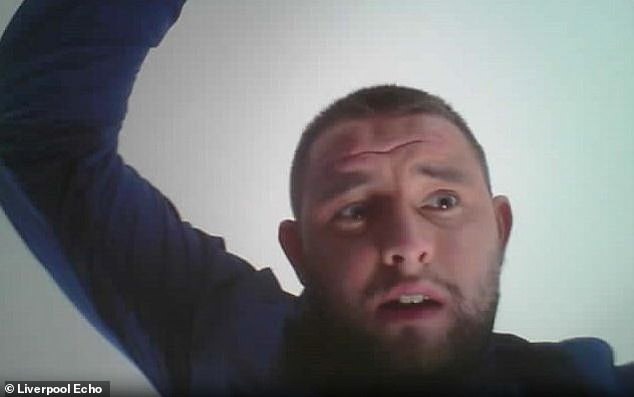 Gunrunner, 25, who was caught smuggling pistols from America he’d bought on Dark Web is on the loose after fleeing open prison

By Matt Drake For Mailonline

A gunrunner who imported guns to Liverpool from America using the Dark Web is on the run after escaping open prison.

Joseph Halsall, 25, is on the run after absconding from an open conditions jail in Warrington at 4.30am.

Detectives have launched an urgent appeal to find him and believe he is making his way back to Liverpool, with his last address in the Tuebrook area.

Joseph Halsall, 25, is on the run after absconding from an open conditions jail in Warrington at 4.30am 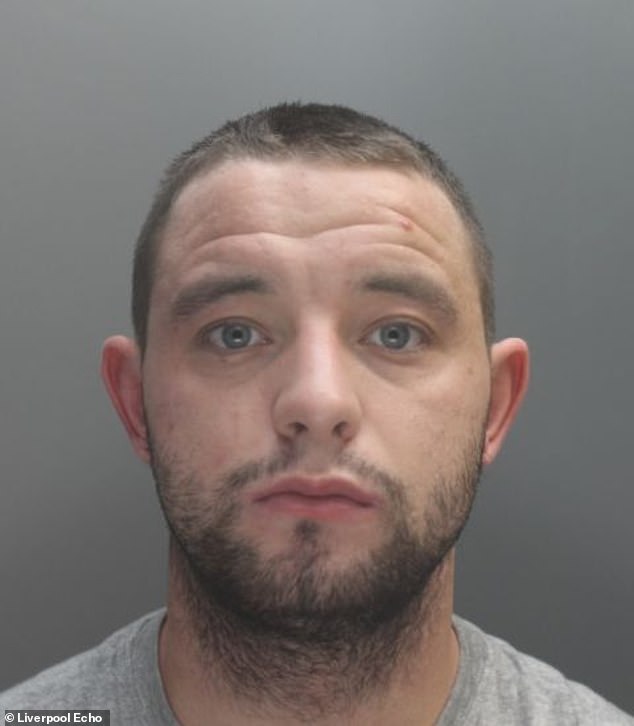 Halsall is white, 6ft tall, of slim build with short brown hair and blue eyes. Detectives have launched an urgent appeal to find him and believe he is making his way back to Liverpool

Halsall was jailed in 2018 after he and two other crooks ordered four semi-automatic pistols, a silencer and 150 bullets from America.

Together with Daniel Humphreys and Josh Ali, they planned to flog the guns to armed criminals in the city as the deadly haul was hidden inside a guitar amp.

But a US Homeland Security special agent discovered the Austrian-made Glock 19 handguns, suppressor and bag of 9mm ammunition.

He contacted police in Liverpool who caught the gang by boxing up a new Marshall speaker closely imitating the original parcel, which was posted to Halsall’s flat on Newsham Drive.

Officers then waited, after fitting a hidden camera inside the amp, and it recorded the unsuspecting men as they ripped open their package, thinking they were about to take ownership of their illegal haul.

Thanks to the secret camera, Halsall was seen to unscrew the speaker, before all three discussed how to get in the dummy blue package, with Ali using a knife to slash straps holding it in place and cut it open.

The gang had also made searches for Bitcoin and converting American dollars into British currency.

Police raided their home and arrested them, leading to a jail sentence, in November 2018, of eight years and eight months.

Halsall, who would have been ordered to serve half that, was serving out the latter stages of his sentence with more relaxed prison conditions at HMP Thorn Cross, in Appleton, Warrington. 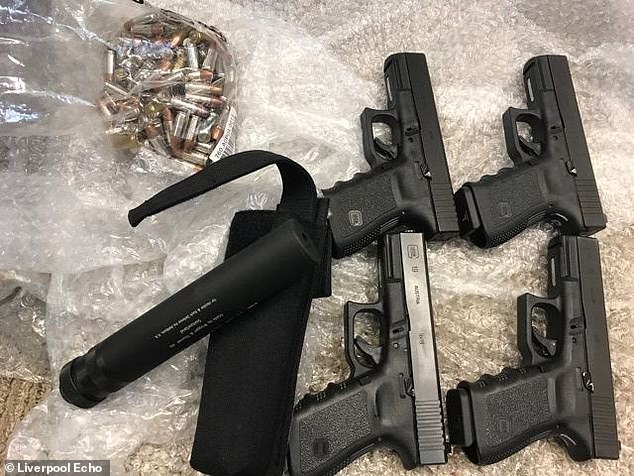 Today, Cheshire Police said: ‘Officers are currently carrying out a number of enquiries in a bid to trace the 25-year-old and they are urging anyone with any information as to his whereabouts to get in touch.

‘It is believed that Halsall could be trying to make his way back to the Liverpool area, where he is originally from.’

Inspector Christian Morris said: ‘We are doing everything we can to locate him and there are a number of enquiries ongoing in the local area and further afield.

‘I would ask anyone with any information as to his whereabouts to please get in touch.

‘Whilst we do not believe that Halsall poses a risk to the public, anyone who sees him is urged not to approach him but to call 999 as soon as possible.’