Dutch police have arrested a suspect in the theft of two valuable Dutch masterpieces but the paintings remain missing.

Both paintings were stolen while the museums were closed due to the coronavirus pandemic.

In a statement posted on Twitter, police spokeswoman Maren Wonder said a 58-year-old man was arrested at his home in the Dutch town of Baarn, 25 miles southeast of Amsterdam.

The Parsonage Garden At Neunen In Spring 1884, by Dutch master Vincent van Gogh, was stolen from a Dutch museum last year while it was closed because of coronavirus pandemic 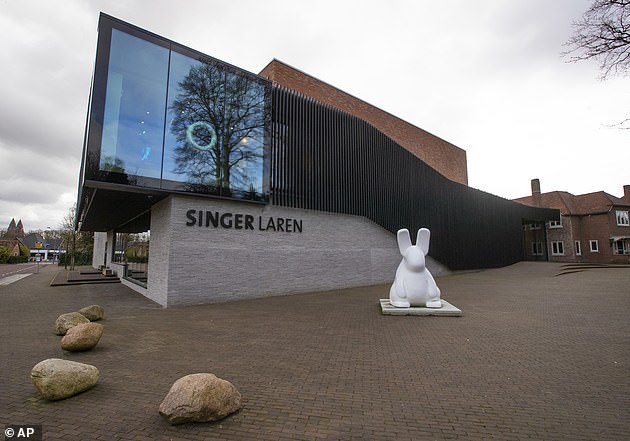 His identity was not released, in line with Dutch privacy guidelines.

‘Unfortunately, we haven’t yet recovered the paintings and the investigation is continuing,’ Wonder said.

She called the arrest ‘a really important step in the investigation.’

Van Gogh’s ‘The Parsonage Garden at Nuenen in Spring 1884’ was snatched from the Singer Laren museum east of Amsterdam in the early hours of March 30, 2020.

The 10-by-22-inch oil-on-paper painting shows a person standing in a garden surrounded by trees with a church tower in the background.

Dutch media estimated at the time of the theft that the value of the work could be around £2.6million. 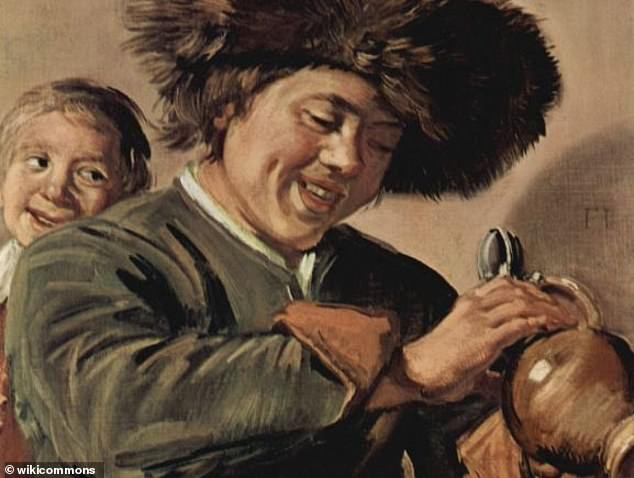 Stolen: Two Laughing Boys by Frans Hals is valued at £10million and dates as far back as 1626 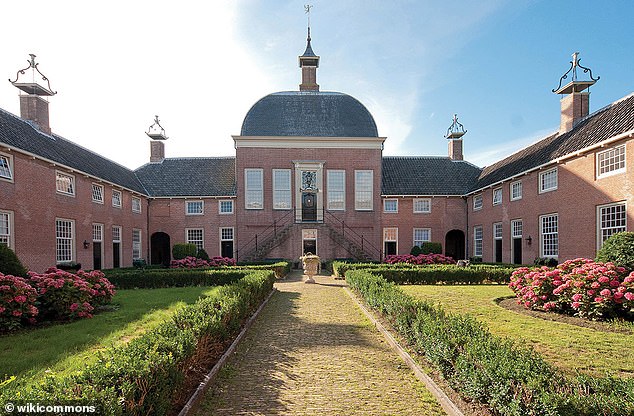 Frans Hals’ Two Laughing Boys has reportedly been stolen twice before in its four-century history, including as recently as May 2011 from the same Hofje van Aerden Museum (pictured)

Some van Gogh paintings have sold for far more, including his Vase with Fifteen Sunflowers which changed hands for nearly £25million at 1987 prices – equivalent to roughly £60million today.

The painting was on loan from the Groninger Museum in the Netherlands when a burglar smashed through reinforced glass doors to get into the Singer Laren, which is less than 6 miles from the town where the suspect was arrested.

Singer Laren spokeswoman Esther Driessen welcomed the arrest and said she hopes it leads detectives to the painting.

‘The most important thing is that the painting returns as quickly as possible to the Groninger Museum, where it belongs,’ she said.

The Hals work Two Laughing Boys, valued at £10million and dating from 1626, was taken from the Hofje van Aerden Museum in the Netherlands after thieves broke into the building from the back door in the early hours of Thursday.

The alarm was triggered at 3.30am but thieves had vanished by the time agents arrived at the scene.

The Hofje van Mevrouw van Aerden had no comment on the arrest. Police said last year that the same Hals painting was stolen in 1988 together with a work by Jacob van Ruisdael. Both were recovered three years later.

In 2011, the two paintings were again stolen and recovered six months later.