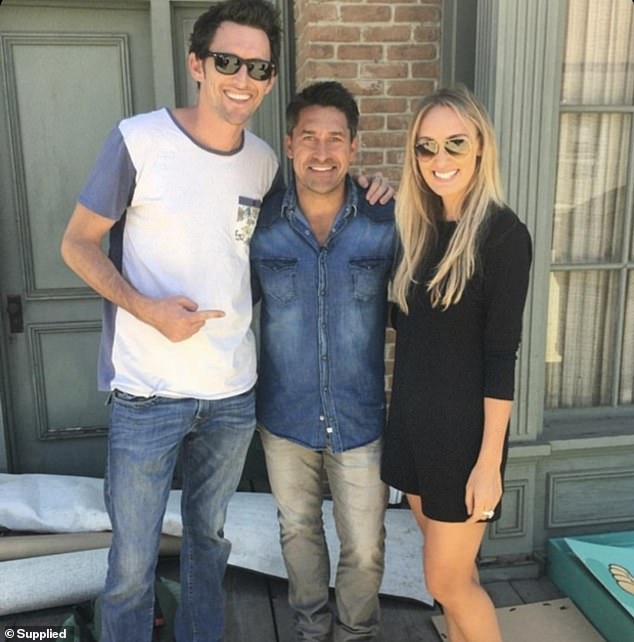 It was revealed this week that House Rules judge Jamie Durie and his new model fiancée Ameka Jane are expecting their first child together.

And now, a new photo has emerged of the pair posing up for a photo together back in April 2015 – with Ameka’s now ex-husband Scotty Fields.

In the image, Ameka poses up with Jamie and Scotty on the set of the celebrity gardener’s old TV show, Home and Family, which aired on the Hallmark channel in the US.

That’s awkward! Jamie Durie poses up with new fiancée Ameka Jane and her ex-husband in a resurfaced photo – after it was revealed the House Rules judge and model are expecting a baby

The picture was previously posted on Scotty’s public Instagram account, but appears to have recently been deleted.

‘Was hanging on the Home and Family set with this legend,’ Scotty captioned the post.

‘Great chatting with ya Jamie.’

‘Was hanging on the Home and Family set with this legend,’ Scotty captioned the post 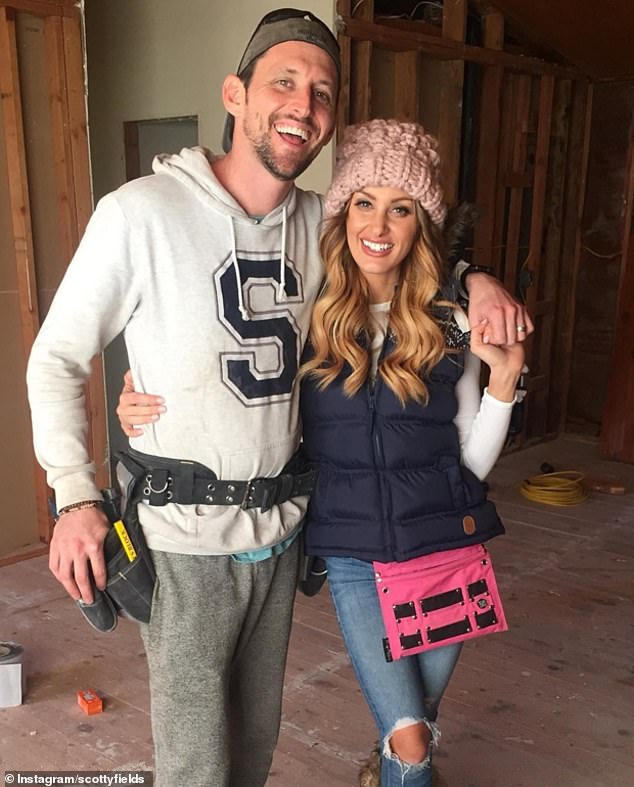 Former flames: Scott’s Instagram is riddled with images of him and Ameka throughout their relationship

According to Jamie’s spokesperson, the picture was taken at a meet and greet some time ago.

Jamie and Ameka did not start dating until she had separated with her ex Scotty.

Ameka was previously a presenter on Home and Family and once starred in a craft segment on the show.

Meanwhile, Scott’s Instagram is still riddled with images of him and Ameka in happier times before they split. 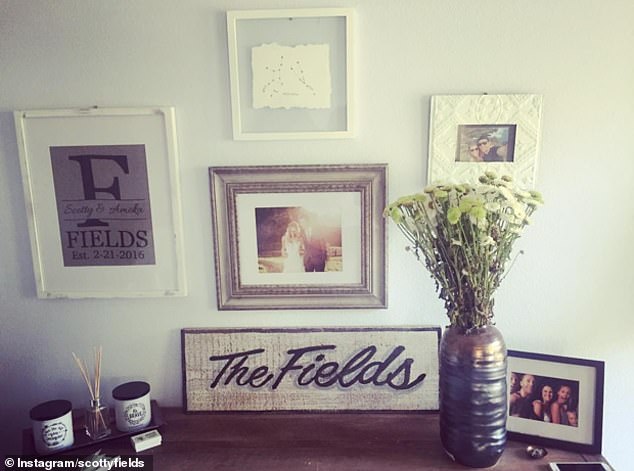 In happier times: In one post from August 2016, he shared a picture of a photo wall in their home, which included a sign that read ‘the Fields,’ and said that it ‘was the BEST day of my life’

In one post from August 2016, he shared a picture of a photo wall  of the former couple’s nuptials.

He captioned the post: ‘the BEST day of my life.’

In pictures of their wedding day, Ameka looks remarkably different with light blonde hair and stunned in a figure-hugging white dress. 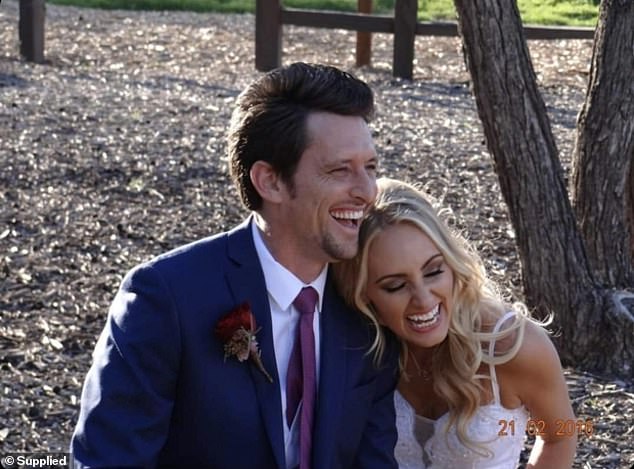 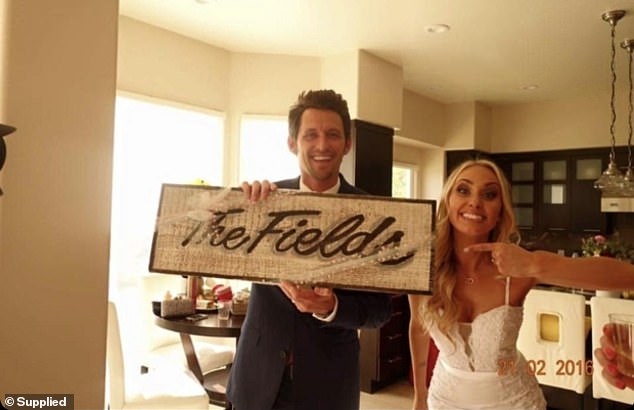 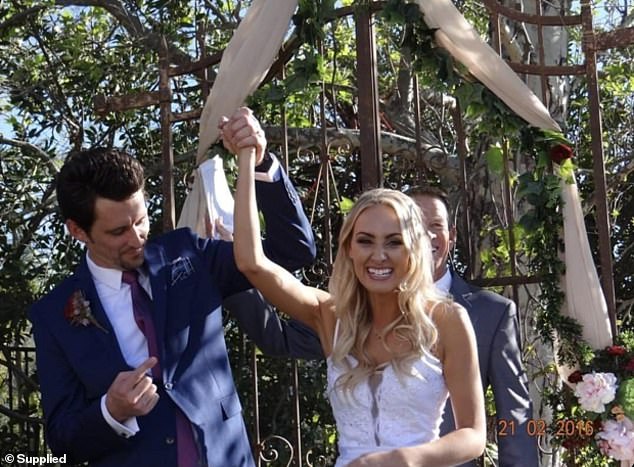 Meanwhile, Ameka and Jamie are now expecting their first child together. She is believed to be five to six months pregnant.

This will be Jamie’s second child. The celebrity gardener has one daughter, 26-year-old Taylor Durie, from his relationship with ex-girlfriend Michelle Glennock.

The pair announced their engagement in February earlier this year.

‘She said YES! Thrilled to announce our engagement,’ Jamie wrote on Instagram, alongside a gallery of photos from his romantic proposal.

‘Thank you to my beautiful @amekajane for turning my life upside down. I couldn’t be happier. Magic night for a magic girl.’

‘Both Jamie and I are incredibly happy together and very glad we found each other,’ she said.

The couple were reportedly introduced in Los Angeles, where Jamie’s adult daughter spends a lot of her time.

Ameka is primarily a model and singer, but also runs a women’s lifestyle blog.

Jamie was last engaged to Lisa Christie in late 2013.

Before that, he was engaged to television presenter Terasa Livingstone and jewellery designer Siobhan Way.

Daily Mail Australia has contacted Ameka and a representative for Jamie for further comment. 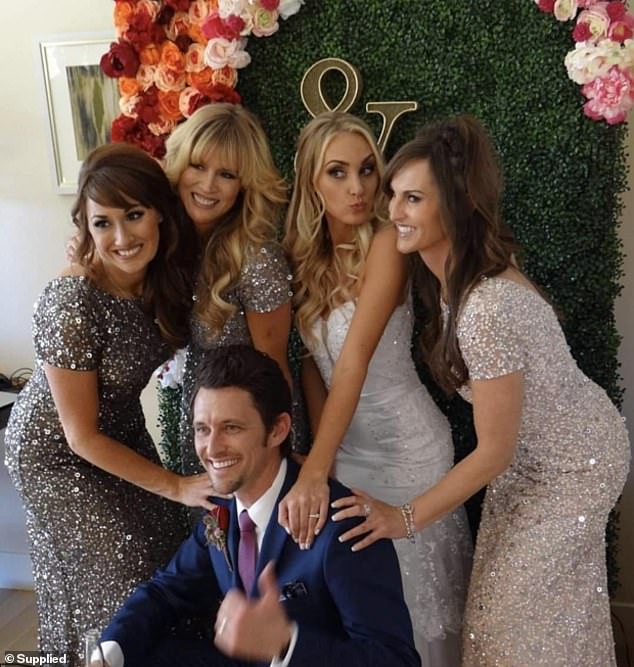 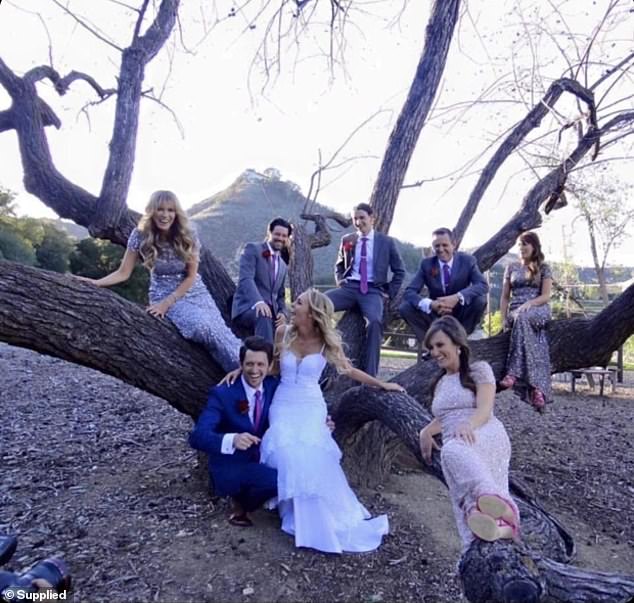 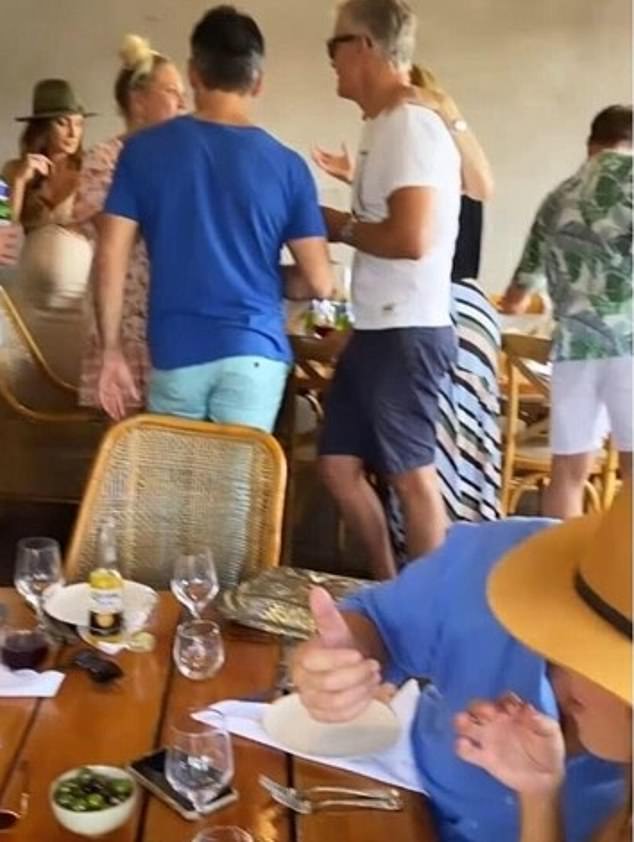 New addition: Ameka and Jamie are now expecting their first child together. Ameka, 33, was pictured with her bump on display while at the Peats Bite restaurant in Sydney’s Northern Beaches over the Easter long weekend (pictured far left) 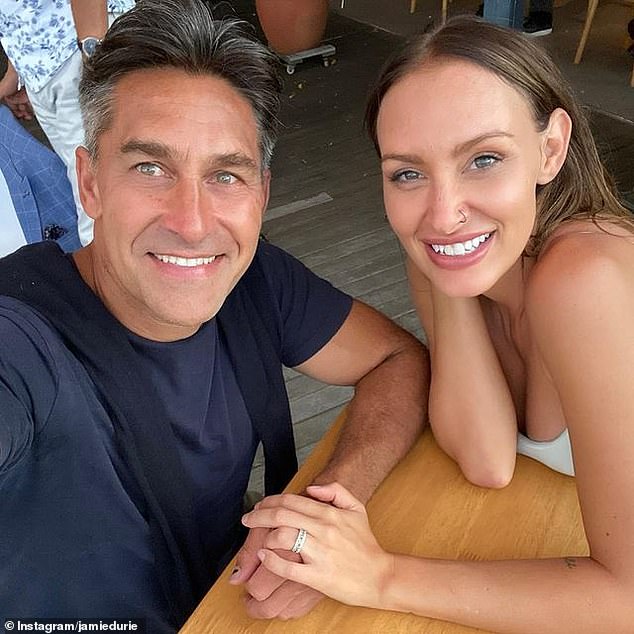 Love birds: In February, Jamie announced his engagement to Ameka 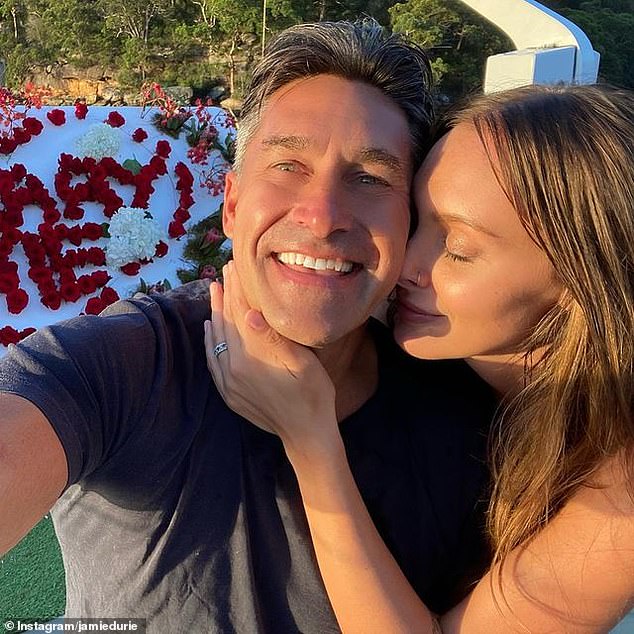 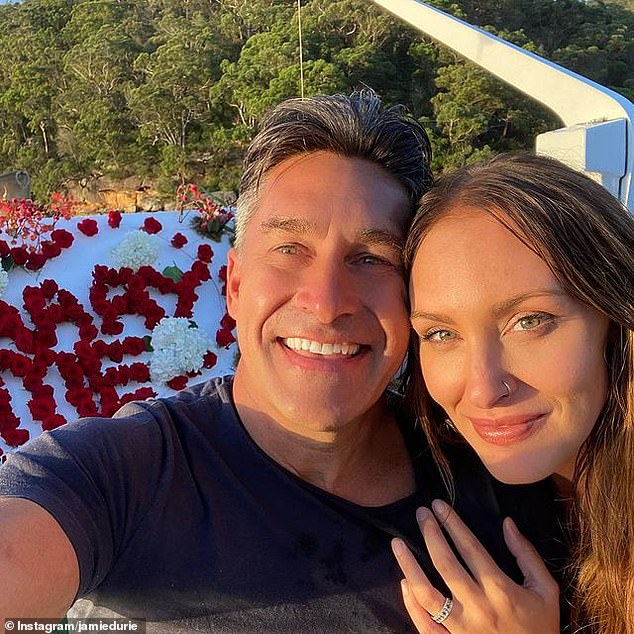 ‘Both Jamie and I are incredibly happy together and very glad we found each other,’ she said