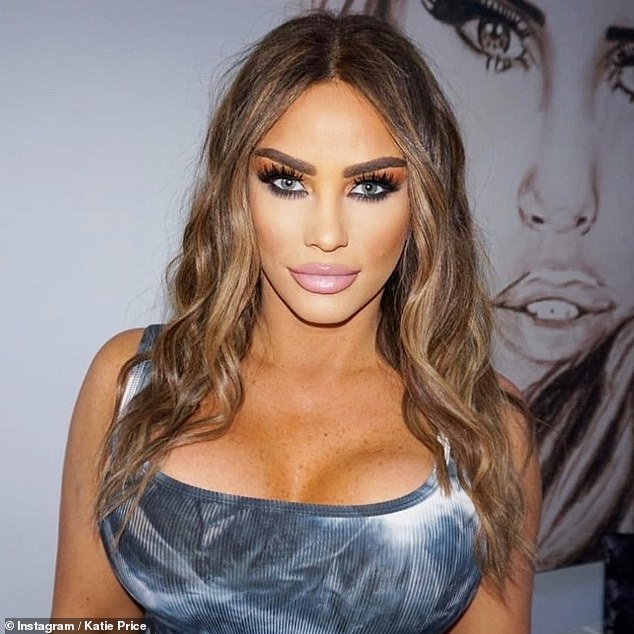 Katie Price has slammed celebrities who have autistic children but don’t use their public ‘status to make a difference’.

The former glamour model, 42, took to Instagram Stories on Tuesday after watching ex-Boyzone star Keith Duffy appear on TV to talk about his own daughter Mia, 21.

After praising the singer for speaking so candidly about autism, Katie hit out at unnamed others in the public eye who haven’t been so open in the past.

Calling them out: Katie Price has slammed celebrities who have autistic children but don’t use their public ‘status to make a difference’

Katie penned: ‘Good to see @officialkeithduffy talking about Autism and being accepted, I know other celebs who have children with Autism who could also help make awareness and support families and offer support but don’t.’

She added: ‘Makes me think they are ashamed or embarrassed they have a child with Autism because they are happy to be in the limelight themselves but don’t use their status for a good purpose that can make a difference.’

The doting mum-of-five has often been vocal herself about autism as her eldest son Harvey, 18, is on the autism spectrum. 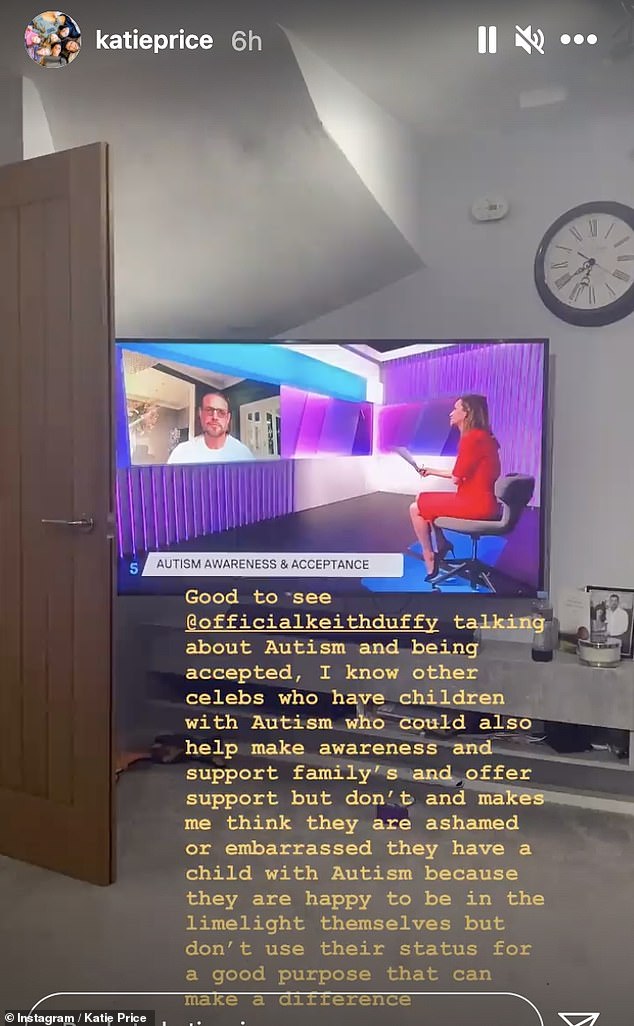 ‘Makes me think they are ashamed or embarrassed’: The star, 42, took to Instagram on Tuesday after watching ex-Boyzone star Keith Duffy appear on TV to talk about his own daughter Mia, 21

He even launched a clothing collection with brand Born Anxious last month to raise awareness about autism, with the items paying homage to his beloved frogs.

The profits from the Harvey range will be divided between his personal trust fund, the Anna Kennedy Online charity founded by Katie’s close pal, and Born Anxious.

Harvey was also born with disabilities including partial blindness, ADHD and Prader-Willi syndrome.

Katie’s comments were sparked by Boyzone star Keith chatting about his own experiences with autism through his daughter. 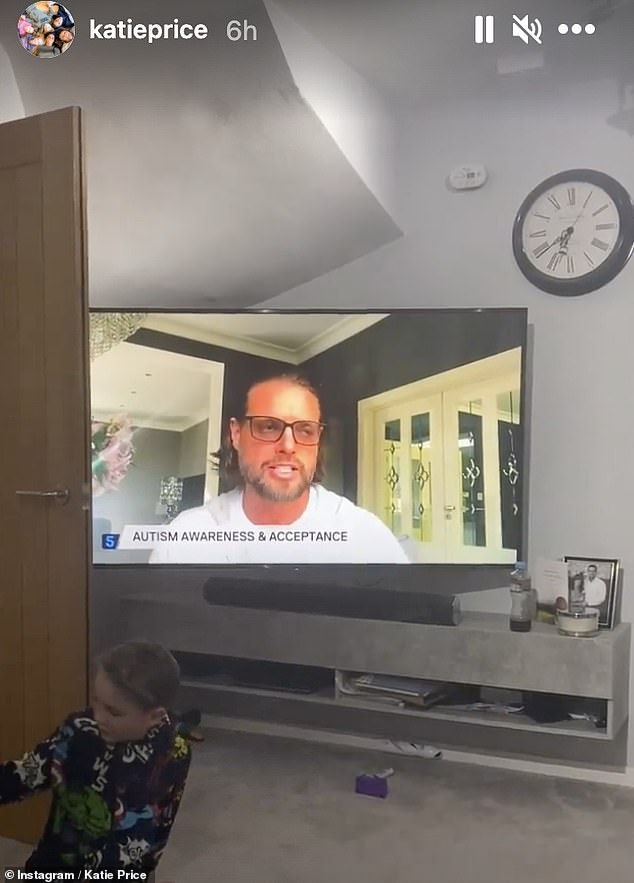 Raising awareness: Katie, whose eldest son Harvey is also on the autism spectrum, shared several snaps of herself watching Keith’s TV interview about his daughter Mia 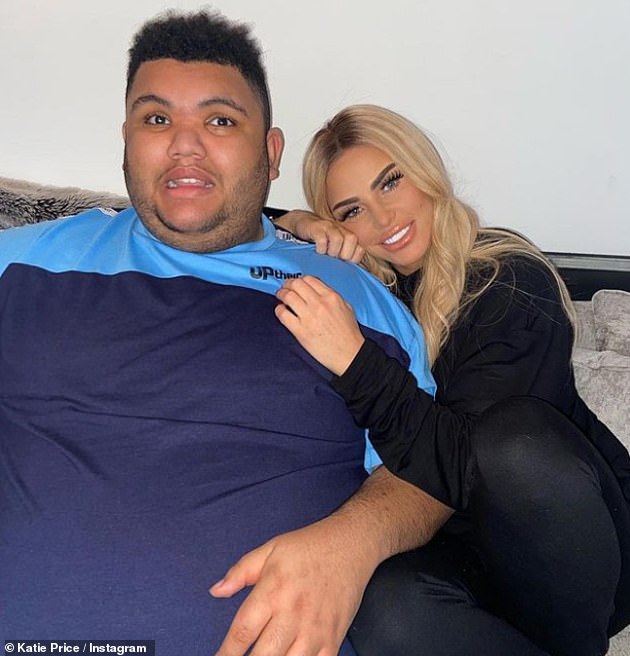 He revealed it took more than two years for Mia to receive a diagnosis as he reflected on the ‘terrifying’ and ‘frustrating’ wait while on Lorraine on Tuesday morning.

The star recalled the agonising wait for his little girl to get the help she needed, eventually going private to get the life-changing diagnosis when she was a baby.

Keith, 46, who has 21-year-old daughter Mia and son Jay, 24, with wife Lisa, spoke with stand-in host Cat Deeley about the family’s plight.

He said: ‘For so many children on the autism spectrum today, who are not getting the appropriate intervention and education programme, in this day and age it’s crazy.’

Cat replied: ‘You suspected as a parent, and it’s that moment of the unknown, when you don’t quite know what is happening, you’re trying to get help, and you are facing all these different challenges. Was that scary for you?’ 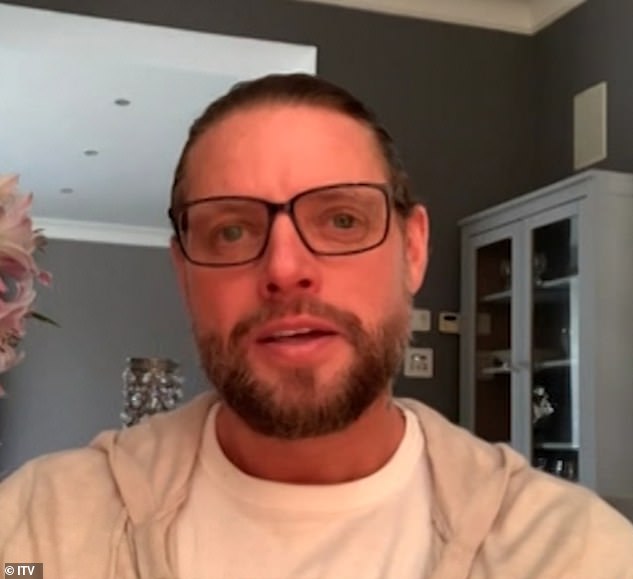 Honest: Speaking on Tuesday’s episode of Lorraine, Keith revealed it took more than two years for his daughter Mia to receive an autism diagnosis

Keith confessed: ‘It was absolutely terrifying. We had Jordan in ’96 and he was a typically developing baby, and that was quite exciting, we were new on having Jordan, and then four years later Mia came along.

‘We didn’t know what was going on, like most parents, we thought she might have had a hearing problem.  We got a hearing test done and that was fine, and it takes you a while to figure out what is going on.

‘We knew nothing about autism at the time, we hadn’t a clue about what we were even looking for, so that was an even bigger obstacle for us to climb.

‘When she was about 18 months old, this word autism kept coming into our lives, and we were put on a waiting list for diagnosis of two-and-a-half years, and yet anybody you speak to will tell you early intervention is essential for any child on the spectrum.’ 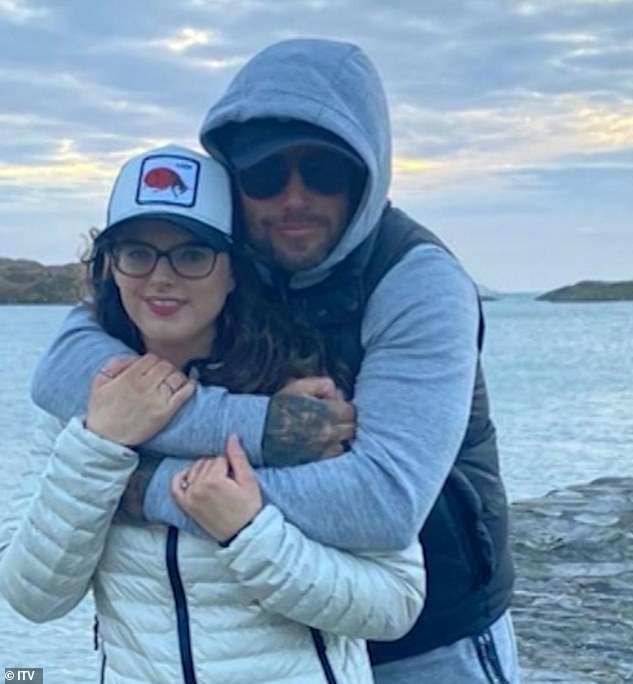 Proud parent: The Boyzone star recalled the agonising wait for his girl to get the help she needed, eventually going private to get the life-changing diagnosis when she was a baby

SYMPTOMS AND SIGNS OF AUTISM

According to the Centers for Disease Control and Prevention, people with autism have trouble with social, emotional and communication skills that usually develop before the age of three and last throughout a person’s life.

Specific signs of autism include:

Autism is a developmental disability – not an illness – that affects how people communicate and interact with others.

It’s characterised by persistent difficulties in social communication and interaction, and restricted, repetitive patterns of behaviour, interests, or activities across multiple contexts.

It’s something you’re born with or first appears when you’re very young and stays with you for life.

Autism is not a medical condition with treatments or a ‘cure’. But some people need support to help them with certain things.

Keith added: ‘I see families and people on the street all the time that come up to me looking for advice, it’s so frustrating as I don’t know what to say anymore.

‘Unless someone on the broad of education is directed affected by someone being diagnosed with autism, really not enough is being done.’

He continued: ‘Mia is doing fantastically well, I am very very proud of her, she is in her first year of university studying enterprise computing…

‘It wasn’t a surprise for me at all, it’s just the way Mia is, she’s a very selfless person, she’s absolutely wonderful.

‘I found out on her Facebook page she told people on her 21st birthday she didn’t want any presents, that they could donate to a charity here in Ireland for assistance dogs for people with special needs.’

Keith has been passionate about raising awareness about autism, and back in 2017 he took part in the TV documentary, Let Me In, which examined how autistic children and their families are treated in different countries around the world.

Speaking at the time, the father-of-two admitted he and wife Lisa were initially ‘distraught’ when Mia was diagnosed but said they learned to ‘find the positive’ in the situation and urged other parents of children with autism to ’embrace’ their child for who they are. 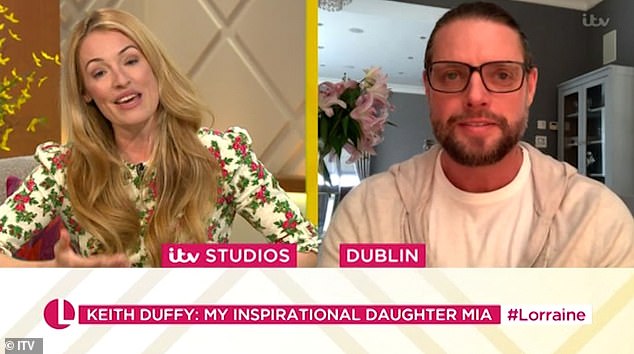 Keith confessed: ‘It was absolutely terrifying… We knew nothing about autism at the time, we hadn’t a clue about what we were even looking for, so that was an even bigger obstacle for us’