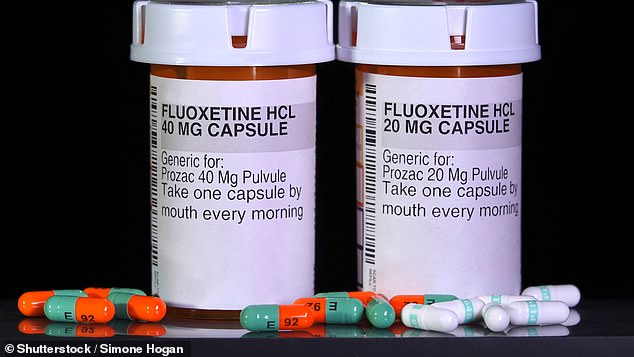 A common antidepressant and an antifungal treatment used for decades could help treat Covid, a new study claims.

The antifungal drug itraconazole, which is used to treat thrush and infected toenails, killed the virus in experiments.

Both the drugs are already approved for human use and worked best when combined with the antiviral remdesivir, scientists said.

It offers hope of a ‘Covid cocktail’, say the German and Finnish team, who now hope to start human trials.

The antifungal drug itraconazole, which is used to treat thrush and infected toenails, killed the virus in experiments. Fluoxetine, the antidepressant better known as Prozac (pictured), was also effective, data shows

Both treatments blocked SARS-CoV-2 – the virus that causes Covid-19 – from growing and replicating in cells grown in a lab, the research found.

The combined therapy blocked production by more than 90 per cent, reports the British Journal of Pharmacology.

There is no cure for Covid but some treatments have been found which do increase the likelihood of survival.

For example, the Oxford-led RECOVERY trial found the steroid dexamethasone and the arthritis drugs tocilizumab and sarilumab are effective at helping treat Covid-19.

Dexamethasone is a £5 drug which reduces risk of dying by up to 35 per cent on its own. 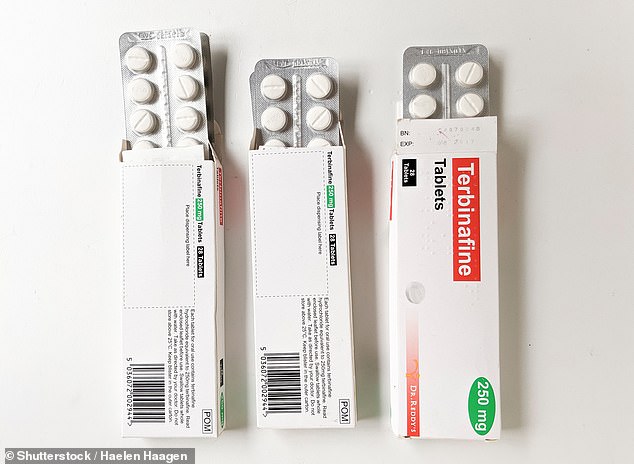 A common antidepressant and an antifungal treatment used for decades could help treat Covid, a new study claims

The common, cheap and safe drug is often prescribed to prevent heart disease and stroke as well as a regular over-the-counter painkiller.

Data from more than 10,000 people who were tested for Covid between February and June 2020 revealed one aspirin tablet (75mg) a day led to a 29 per cent lower risk of catching the virus.

It remains unknown exactly how aspirin may prevent coronavirus infection but the authors believe its antiviral properties come from an ability to change how the immune system responds to the pathogen.

People who only receive dexamethasone however still had a death rate of 35.8 per cent but this dropped to just 25.3 per cent when they were also given a single dose of either tocilizumab or sarilumab which costs around £1,000 per treatment.

All three are now approved for use on the NHS.

The new research offers hope that other drugs which are safe for humans can be repurposed to treat Covid.

Senior author Professor Ursula Rescher, of the University of Muenster, said: ‘A straightforward approach to speed up drug development at lower costs is repurposing.

‘We tested the antiviral potential of the antifungal itraconazole and the antidepressant fluoxetine on the production of infectious SARS-CoV-2 particles.

‘We also evaluated the added benefit of a combinatory use of these host-directed drugs with the direct acting antiviral remdesivir.

Combining either with remdesivir are ‘promising starting points’ for therapeutic options to control SARS-CoV-2 infection and severe progression of Covid-19, she said.

But many promising treatments showed promise at the laboratory stage, only to be found ineffective in human trials.

Such examples include convalescent plasma, hydroxychloroquine, aspirin and colchicine.

‘The translation of lab results into the clinics remains a major challenge,’ Professor Rescher admits.