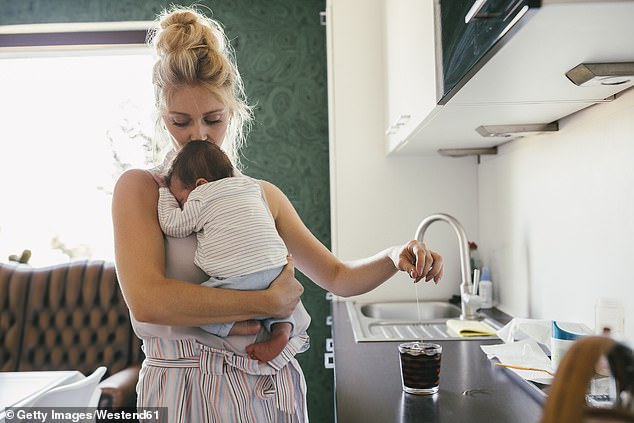 LinkedIn is adding ‘stay-at-home mum’ as an official job title after the social media site was accused of using ‘sexist and old-fashioned terminology’ to describe breaks from employment.

Helen Bolen, who lives in New York, took to Medium to complain that the the drop-down list on LinkedIn automatically suggested ‘Homemaker’ when she searched for mother, father or housewife.

She argued that women are forced to ‘manipulate’ their digital CV to justify the time off taken to have a baby and accused the site of having gender bias, adding: ‘LinkedIn must scrub the patriarchal lens through which the platform views the world and link us all in. It’s time to end the stigma of unpaid leave.’

Bef Ayenew, who is director of engineering, has responded to comments about the ‘old-fashioned, sexist terminology’ on LinkedIn, saying: ‘To make it easier for moms, and all parents, we’re making some important changes to the profile. We introduced new job titles, including “stay-at-home mom”, “stay-at-home dad” and “stay-at-home parent” to allow full-time parents and caretakers to more accurately display their roles.’

LinkedIn has added ‘stay-at-home-mum’ after being accused of using ‘old-fashioned, sexist terminology’ to describe unpaid leave from employment (file image)

She said their policy of avoiding opening up discussions about family could hinder opportunities to support candidates throughout the hiring process and the retention of employees who are also primary carers.

Helen revealed her attention towards LinkedIn was sparked by a study in the Harvard Business Review, that found stay-at-home mothers are often viewed as less capable, less reliable and less deserving of a job.

She explained that LinkedIn has the potential to influence other businesses, even though it isn’t responsible for changing national policies.

Helen said: ‘This is a matter all the more poignant given LinkedIn’s stated commitment to diversity and inclusion.’ 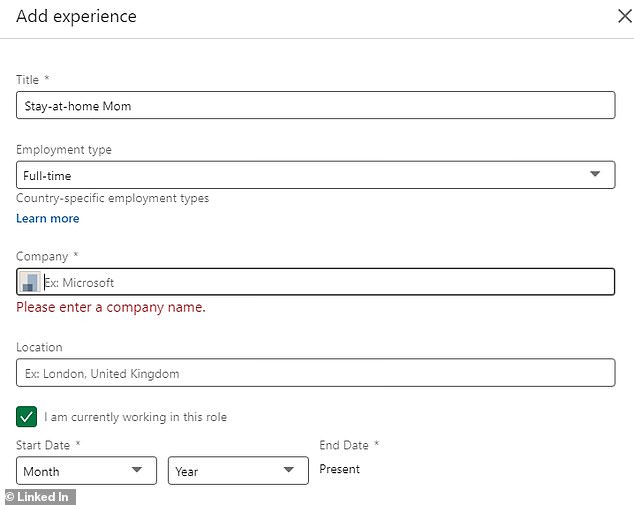 Responding to her criticism, Bef explained the site planned to make changes to how they displayed employment. He revealed: ‘More than 2.5 million women left the workforce during the Covid-19 pandemic, many voluntarily, due to a sudden lack of childcare or to manage virtual learning for their children.

‘Additionally, a disproportionate amount of women’s jobs were affected by the pandemic, and our global labor market data finds that women’s hiring is more vulnerable and prone to economic shocks and business disruption than men’s.

‘We’ve heard from our members, particularly women and mothers who have temporarily stopped working, that they need more ways to reflect career gaps on their profile due to parenting and other life responsibilities.

‘To make it easier for moms, and all parents, we’re making some important changes to the profile.’

He added that additionally, in the coming weeks, if you use one of these new stay-at-home job descriptions and set the employment type field to “self-employed”, you will no longer need to specify a company or employer.

‘And in the near future, we’ll also add a new field specifically for employment gap types to the profile – like “parental leave”, “family care” or “sabbatical” so that people can address any gaps in their career journey,’ he went on.

‘The stigma of employment gaps is already starting to fade. While 72 per cent of job seekers believe there’s a stigma associated with having a career gap, 79 per cent of hiring managers today would hire a candidate with a career gap on their resume. 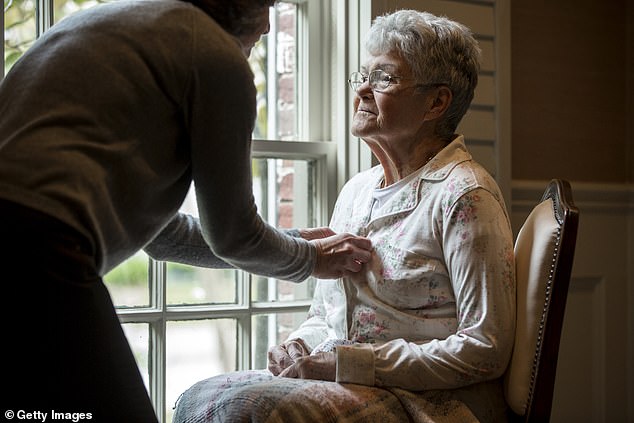 Helen argued it’s time to end the ‘stigma’ of unpaid leave for people who are caring for children or older family members, arguing LinkedIn could influence change (file image)

‘These profile changes are just a few of the many we’re rolling out over the next few months.’

Bef described the changes the platform is making in response to Helen’s article as a ‘stopgap solution’.

Members of the platform will soon be able to choose from one of 10 different types of hiatus in the coming months.

Among several other changes to come is allowing members to choose their gender pronouns.

‘These new tools, such as Cover Story and the ability to add pronouns, are about creating an environment at LinkedIn where everyone can express themselves and their career journey in the ways they most want so that they can find opportunities that most allow them to be who they are at work.

‘Every person’s career journey is different and we’re working hard to make sure LinkedIn provides an inclusive experience for everyone.’