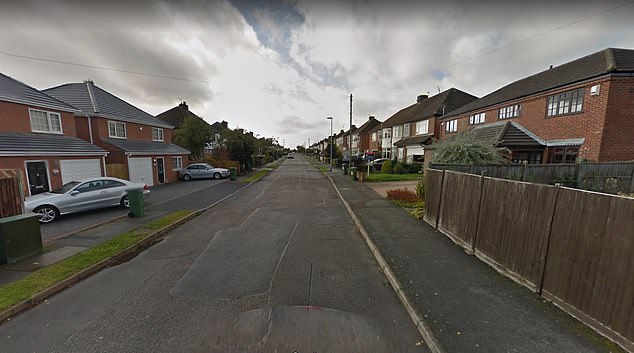 A man has been arrested following the ‘unexplained’ death of a child in a quiet Leicestershire village.

Officers were called by paramedics after the infant was found unresponsive at a property in Glenfield at around 8am today.

Leicestershire Police said a 33-year-old man was arrested in connection with the incident.

The force added the death is currently being treated as unexplained and enquiries remain ongoing to establish the full circumstances.

Leicestershire Police was called by paramedics after an infant was found unresponsive at a property in Glenfield at around 8am today. Pictured: Glen Park Avenue

Detective Inspector Henry Henderson added: ‘This is an extremely sad incident involving the death of an infant at a property.

‘Our officers remain in the area carrying out full enquiries to establish the full circumstances of this incident.

‘Our investigation remains at a very early stage at this time.’

A spokeswoman for East Midlands Ambulance Service said: ‘We received a call at 7.42am on 8 April to a private address in Glenfield.

‘The caller reported there was a medical emergency.

‘We sent a doctor in a car, two paramedics in ambulance cars and a crewed ambulance to the scene.’