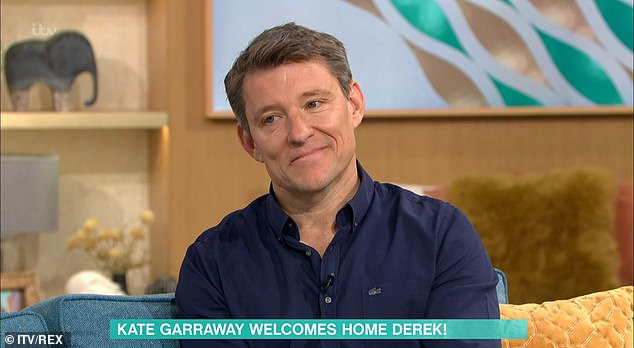 ‘It’s like coming home with a newborn:’ Ben Shephard says Kate Garraway has a ‘huge responsibility’ caring for husband Derek as he leaves hospital after year-long Covid battle

By Laura Fox and Rebecca Lawrence and Charlotte Dean For Mailonline


Ben Shephard has revealed Kate Garraway has a ‘huge responsibility’ caring for her husband Derek after it was revealed he’s finally home from hospital.

Describing it as being like caring for a newborn baby, the presenter said Kate has the help for a 24-hour care team looking after Derek and he still ‘needs’ to be looked after even though he’s left hospital.

It comes after Ben fought back tears on Friday’s Good Morning Britain following the news that Derek had finally returned home after a year-long battle with Covid.

Important: Ben Shephard has revealed Kate Garraway has a ‘huge responsibility’ caring for her husband Derek after it was revealed he’s finally home from hospital

Speaking on This Morning, Ben said: ‘She described it as coming home with a new-born, you’ve been waiting to bring him home but it’s a huge responsibility.

‘She’s got a huge team around her, he still needs 24 hr care, he’s not walking around making a cup of tea, he needs this care.’

He added: ‘I think it’s been going on for a very long time now and lots of your viewers saw the documentary and the whole plan of it was to chart his journey and hopefully at the end of it we can be home together and that didn’t happen. 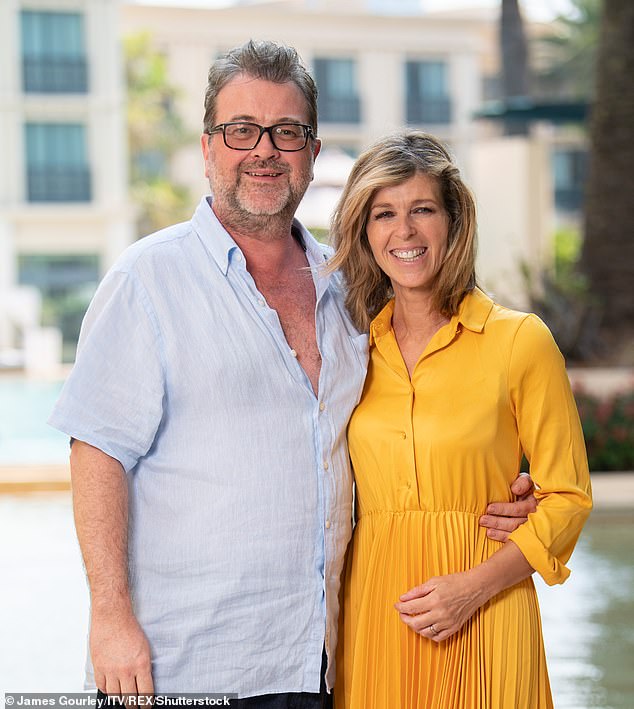 News they’ve been waiting for: Describing it as being like caring for a newborn baby, the presenter said Kate has the help of a 24-hour care team looking after Derek

‘At the end of it, it says he was due to stay until the end of the year, but that’s changed dramatically in the last week or so.

‘Whereas in the documentary he was making progress, but because the family couldn’t see him in second lockdown he was going backwards a bit and so they decided to bring him home to help stimulate him so all of a sudden he’s back.’

Ben added that Kate’s ordeal could have happened to anyone, telling Eamonn Holmes and Ruth Langsford: ‘I think Kate is very aware of that, people have been through similar situations, or people who haven’t been able to bring their loved one home or they have lost their loved ones.

‘She’s doing an amazing job. She’s been a full time mum to bill and Darcy, they’re old enough to understand what’s going on.

‘While he is home and it’s so exciting to have him there there’s a huge step they have to go through.’

On Friday’s GMB, Ben was visibly emotional as he admitted that when Derek was first admitted to hospital last March he reassured himself he’d ‘be fine,’ but added he was ‘anything but fine,’ as his health deteriorated.

Ben also offered his own kind words to Kate after she appeared on GMB to discuss the emotional moment Derek was brought home from hospital after a year in intensive care.

At the start of the show Ben reflected on a challenging year for his close friend Kate, telling co-host Ranvir Singh they were ‘all smiling’ upon learning the news of Derek’s return home.

He said: ‘I think it’s really important that as Kate said, she can’t share with us exactly where he is and he has a long, long way to go but this is a monumental step.’

The choked up star added: ‘It’s been anything but fine and not just for Kate, but everyone up and down the country who have been through this and lived this as well.’

Earlier in the show Ben also thanked viewers for their kind words and revealed Kate would be making an appearance on the show following the news her husband Derek was finally home from hospital.

‘We are all smiling this morning,’ he said. ‘Living at home with Kate means an awful lot to us and it’s lovely when we see the messages about how excited and pleased you are.

‘It is the first step on a very long journey trying to work out how it will unfold and what he needs.’