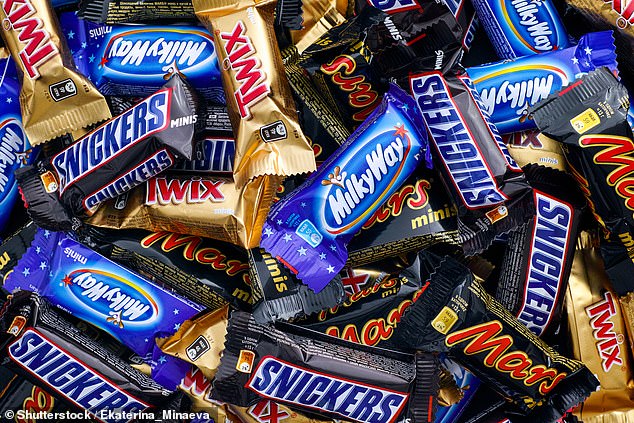 Researchers from Brazil asked 420 individuals to predict the taste qualities of slabs of milk and dark chocolate that came presented in different coloured packaging.

They also found that black wrapping made people expect they would enjoy milk chocolate more — but that the opposite was true for dark chocolate.

The study was undertaken by food scientist Iuri Baptista of the University of Campinas, São Paulo, and his colleagues.

‘Research has shown that not only the colour of the product itself, but also the colours of the tableware, packaging, and environment can influence expectations and perception of a food or a drink,’ the team wrote in their paper.

‘This happens because when consumers see a product, such as a bar of chocolate, their brains immediately search for cues that match previous experiences and try to anticipate what it is and what are its characteristics.’

‘This process creates expectations that have been shown to affect behavioural response, sensory perception, and neural activation.’

To investigate how this phenomena alters our expectations for chocolates, Mr Baptista and colleagues surveyed 420 people aged from 18–60, half of whom resided in Brazil, while the remainder hailed from France.

Each participant was shown a photograph of two milk chocolate and two dark chocolate bars, each of which came in packaging of a specific colour — either black, blue, brown, green, red, pink or yellow.

They were then asked to rank various anticipated attributes of the chocolate — including how bitter or sweet it was expected to be — on a nine-point scale.

Each participant was shown a photograph of two milk chocolate and two dark chocolate bars, each of which came in packaging of a specific colour — either black, blue, brown, green, red, pink or yellow, as pictured above

On average, respondents said that they expected both dark and milk chocolates to be the most bitter and the least sweet if they came wrapped in black packaging.

In contrast, of the seven colours tested, yellow and pink led people to expect the chocolates to taste the sweetest and least bitter.

Oddly, the researchers also found that people to like milk chocolate the most if it came in a black package — but with dark chocolate, the same colour wrapping had the exact opposite effect.

No real difference was found between subjects from Brazil and France, a finding that surprised the team, given the country’s different chocolate habits, with the average French person eating more than twice as much a favouring a higher cocoa content. 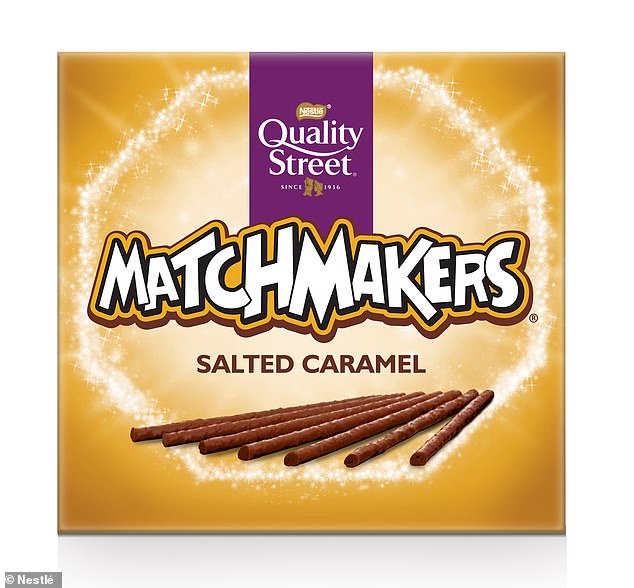 In contrast, of the seven colours tested, yellow and pink led people to expect the chocolates to taste the sweetest and least bitter. Pictured: a yellow-ish box of Matchmakers

With their initial study complete, the researchers are now planning to investigate whether wrapping chocolates in different coloured packaging also affects how the chocolate is perceived — rather than just expected — to taste.

‘The effects of context colour on food must be further investigated,’ the team wrote.

This, they added, will allow us to ‘understand how industries, artisans, chefs, baristas, mixologists, packaging designers, food bloggers and photographers may use it to influence the consumers’ expectations for its products and services.’

The full findings of the study were published in the International Journal of Gastronomy and Food Science. 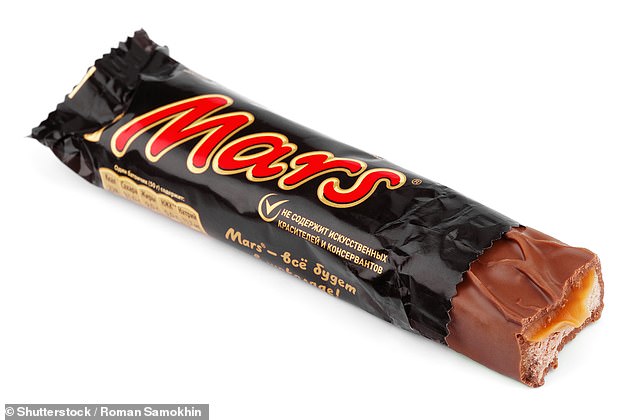 Oddly, the researchers also found that people to like milk chocolate the most if it came in a black package — but with dark chocolate, the same colour had the exact opposite effect

IS CHOCOLATE GOOD FOR YOU?

Chocolate is undoubtedly the nation’s favourite dietary vice but lots of research over the years has found that it could actually be good for us.

With more than 300 chemicals in chocolate, scientists are investigating a whole range of health benefits linked to the food.

Researchers at Harvard University studied 8,000 men aged over 65 and found that those who ate modest amounts of chocolate lived almost a year longer than those who ate none.

Dr Neil Martin of the Cognition and Research Centre at Middlesex University exposed people to different smells and measured their brain activity.

The results showed that smell receptors in the nasal passages reacted so strongly to the chemical mix in chocolate that it left people on an emotional high.

A 100g bar of dark chocolate gives you 2.4mg of iron and 90mg of magnesium, around one third of the recommended daily amounts.

White chocolate, on the other hand, contains no cocoa solids, just cocoa butter, and is relatively high in fat. A 100g white Toblerone bar has a whopping 540 calories and 30.7g of fat.

Yet, despite its sugar content, chocolate is said by dentists to be less damaging to the teeth than many other sweets because it tends to be chewed quickly, not sucked.

There are also naturally-occurring tannins in chocolate that help to inhibit the growth of dental plaque.

And there is known to be a substance in all chocolate called phenylethamine (PEA), which is produced naturally by the brain and thought to increase levels of the mood-enhancing chemicals, serotonin and endorphins.

In theory, the more PEA you eat, the more amorous and aroused you feel, which is why chocolate has gained a reputation as an aphrodisiac.

A TV series on the Food Network called Food: Fact or Fiction? looks at how eating chocolate affects the brain.

Phenylethylamine stimulates the release of B-endorphin which stokes the production of dopamine and norepinephrine.

These chemicals flood your system when you’re feeling loving.

Theobromine is chemically similar to caffeine and like its chemical cousin it stimulates the central nervous system and also has mood enhancing effects.